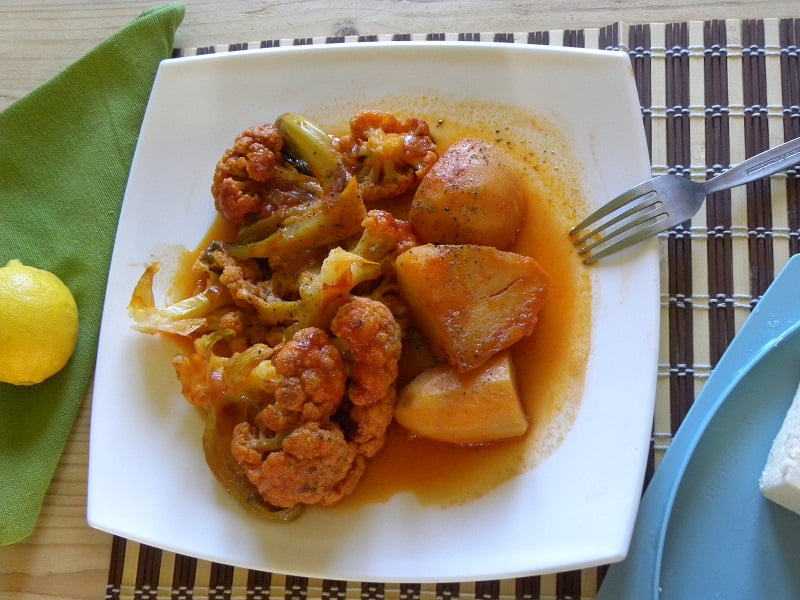 You can also make the dish without the potatoes and serve it as a side dish.

Did you know that in the Middle Ages the British used to call the cauliflower “Cyprus Colewort”?

It is believed that the cauliflower originated in Cyprus, where the oldest record dates from the 6th century b.C.

Cauliflower,  arrived in Europe from Cyprus by the Venetians.

It was then introduced to mainland Europe through Italy in the mid-16th century and only when King of France, Louis IV tried it and liked it, it became very popular.

Since then they began to cultivate it, especially in the region of Brittany.

You won’t find many cauliflower recipes on my blog as my children hate it.

When I was in Athens I used to say to myself that once we moved to Nafplio, we΄ll be eating cauliflower much more often and we now do.

Kapamas is a cooking technique, usually with stewed lamb or beef.

In this recipe I substituted the meat with cauliflower and potatoes!

This is one of the recipes my mother used to make quite often.

While I was cooking it the wonderful aroma of cinnamon filled the house and evoked so many beautiful memories.

I trusted my instinct and the stew turned out much richer as it contributed a refreshing fruitiness that mingled well with the other ingredients and complimented their flavors.

If you don’t want potatoes, you can still serve it as a main dish (or side if you prefer) but adding the potatoes makes the dish more filling and if you accompany it with some feta and crusty bread to mop up those delicious juices, you will feast like a king 🙂 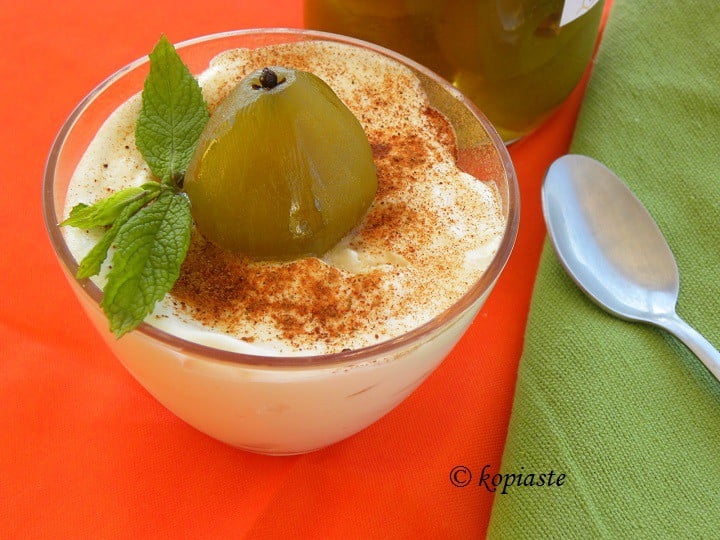 Next
Yiaourtoglyko me Portokali (Greek Yoghourt Dessert with Orange)

Very nice: I like the combination of cauliflower and tomatoes.

wonderful dish! so glad to discover another way to cook this veggie which we love here as well.

I love dishes like this Ivy! Real family food :)

Delicious! Two of my favorite vegetables.

Interesting. I've never cooked the cauliflower greens with the cauliflower...flower (?) before. I do enjoy Greek stew-like dishes. They were the best part of my mom's cooking.

Hi Helen and thanks for commenting. When the cauliflower is small and the leaves are very tender, I use them as they are delicious.