Vegan Black Beans Spanakopita (spinach pie) is not the usual spanakopita you make but adding black beans makes a new filling and healthy spanakopita suitable for the fasting days of Lent.

People from around the world have come to love spanakopita which is usually made using store bought phyllo which is filled with spinach, green onions, dill and feta.     At this point I can imagine a few of you saying ahhhhh!!!   as this is usually the kind of spanakopita one can eat in Greek fast foods or restaurants or the kind one can buy frozen and bake at home.

Making spanakopita from scratch is a total different experience and once you try it you will no longer like any other kind.  You will only realize how much tastier it becomes if you make one for yourself with homemade phyllo and using top quality ingredients.

In my cookbook I have included an extensive tutorial on how to roll out and make your own phyllo.   I have explained  both techniques on how to  roll it on a pasta machine as well as manually, as in Greek and Cypriot cuisine there are a lot of recipes which require this skill.

In homemade spanakopita apart from the good quality of ingredients used, we add some aromatic herbs like kafkalithres and myronia  and other local cheese, which give an amazing extra taste.    Even in Greece, Greek feta prices range, depending on the quality and brand but even the cheapest Greek feta, which is made from sheep’s and goat milk,  is much better than some imitations produced by other countries, under the same name, using artificially blanched cow’s milk.     The same applies for halloumi and you don’t need to be a rocket scientist to understand that. 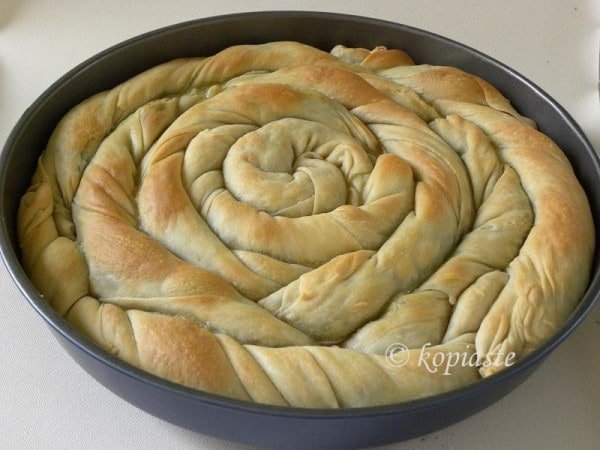 We love spanakopita so much that I usually make it once a week.   My children prefer it to be strifti (in a roll which is then twisted) as it has more crunchy phyllo but ocassionally I make the classic one as well. 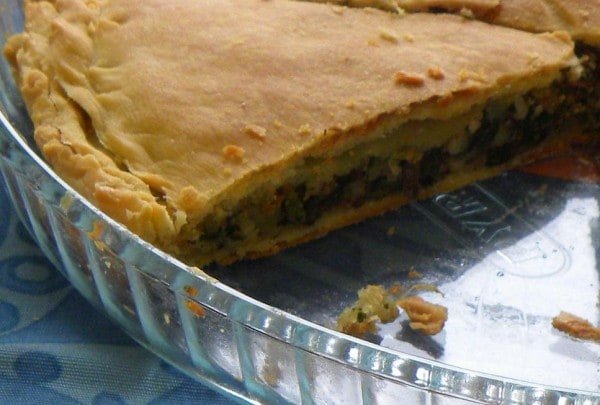 This spanakopita was made last March, during the fasting period of  Lent, so there are no eggs or cheese in it. When fasting you need some extra protein, so I made this spanakopita using black giant beans and flaxseeds, which have a lot of nutritional properties, so this is also very healthy as well. 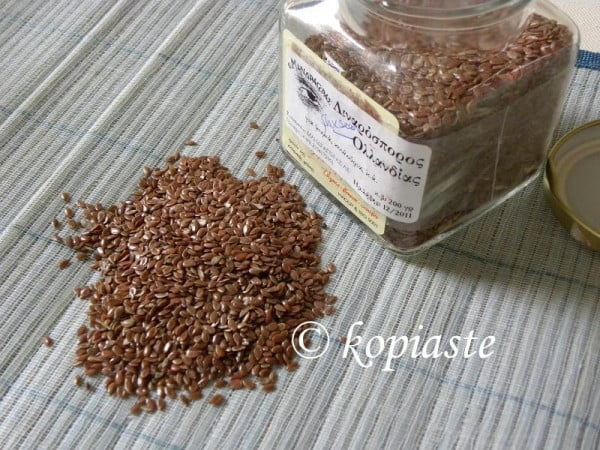 This may not be the best ever Spanakopita because I know first hand how delicious my normal spanakopita with feta is, but I can assure you that for vegans and fasting it still is very delicious. 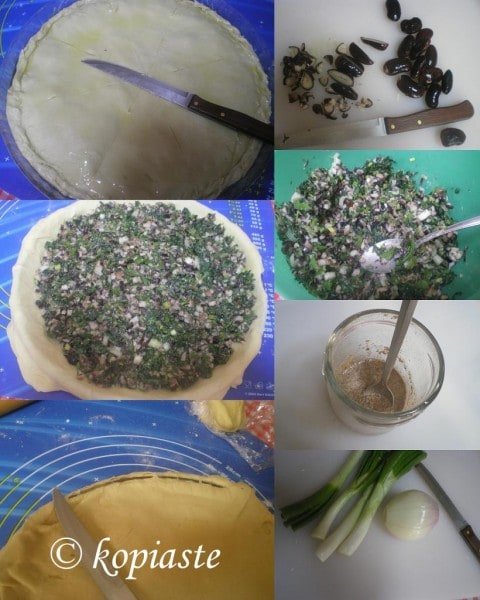 I’ve written about the black Greek giant beans in a previous post, but here are a few facts about its nutritional value.

Soak beans in plenty of water, overnight.
Drain and add fresh water and bring to a boil and remove any froth with a slotted ladle. Cook for about 1 hour, drain them again and set aside to cool.

Meantime prepare the dough.  Mix the salt with flour and pour in the oil. Using your fingertips rub the oil until the flour has absorbed the oil. Add vinegar and water gradually and mix until the dough is soft but not sticky on your hands.

Place on a floured surface and knead for five minutes.  Cover with a napkin and leave it to rest for 30 minutes.  Alternatively you can make this using the hook, in your stand mixer.

Wash spinach and cut the stems, leaving only the most tender ones. Place into a big pan, without water, and to a simmer for about 5 minutes. They will wilt and become soft and their volume will be reduced. Place them in a colander to cool down and when they can be handled drain any water by squeezing them. Cut them into smaller pieces.

Grind the flaxseeds in a spice grinder and then add 2 tablespoons water and mix.

Lightly score the phyllo and bake in a preheated oven at 180ο C/350οF, for about 1 hour until a nice golden brown colour is achieved.

Serve with a salad.

I am linking this recipe to My legume love affair, hosted by my friend Simona, of Briciole. 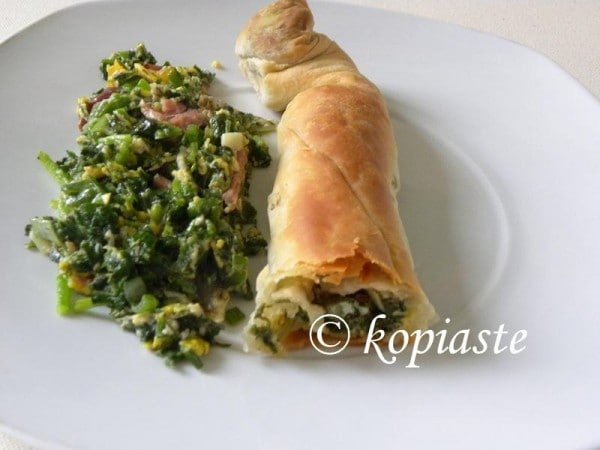 This looks really good. Since my son is allergic to wheat, soy, dairy and eggs, this sounds like a great recipe for us to try (only need to change the flour). We hope to try it this evening.

BEST POST YET IVY! I am so excited to try your recipe. I agree 200% with everything that you've written here(also I strive to make spanakopita 1/week). I can't wait to try your phyllo out and I love how you added black beans and flax to your pita. So progressive!