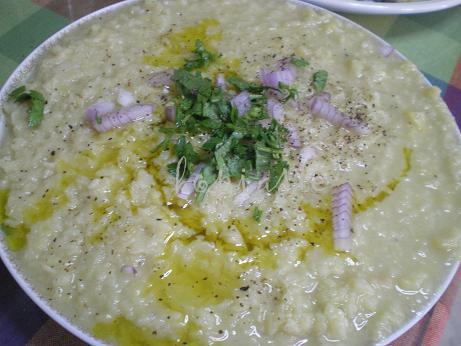 Fava beans, in Greek Φούλια (foulia) is a legume similar to broad beans (ficia fava) in ancient Greek named κύαμος (κyamos) and in modern Greek κουκιά (koukia) and was one of the species of beans than existed in the ancient world.   Fava beans are mentioned by Homer (8th to 9th century B.C.).   Greeks associated the little back spot on the hilum with death and although the beans were sometimes offered in Sacrifices to Apollo, it was forbidden for the priests to eat it or even mention its name.

In ancient Greece beans were also used in voting, a white bean being used to cast a yes vote and black bean for no. Since after every voting the beans were counted, even today we use the phrase “κουκιά μετρημένα” (the beans have been counted), referring to the results of the votes. 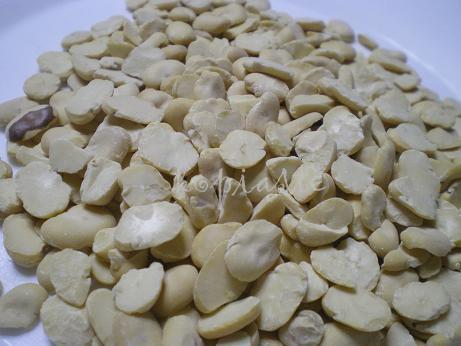 However, fava in Greece is also the name of a dish, which is usually made with yellow split peas. What most people do not know is that fava, which takes its name from the latin favus and means beans, was originally made with fava beans. Fava was difficult to cook, as it had to be shelled, soaked for hours in water and took a long time to cook. However, later on they started using  peas, which were much easier to cook and until today continue making fava with this pea which in Greek is called “fava” (lathyrus clymenum).

In Cyprus, Koukia xera, dried broad beans (fava beans) are boiled until soft almost like a  puree.  They are served as a soup with olive oil and lemon juice.

Leftovers can be further pureed, making a creamy dip served as an appetizer, similar to hoummous.

The next day I had some leftovers, so I microwaved a couple of potatoes, added canned tuna, capers, gherkins and a few other ingredients and I made a delicious salad.  All the ingredients paired perfectly with fava making a new dish which I will definitely make again. 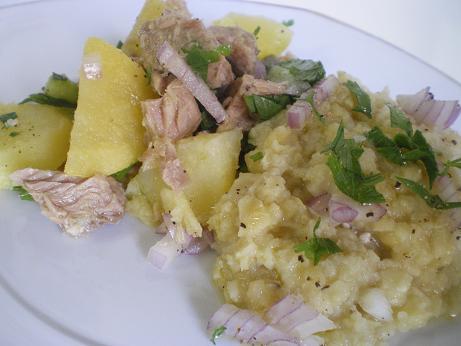 I am sending this recipe to Harini of Tongue Ticklers, who is hosting MLLA – 13, created by Susan, of The Well Seasoned Cook.

Almost like a fava hummus, except more flavors & the potatoes.. sounds awesome.. we are out of fresh fava beans here now.. I never bought the dried ones.

Trish, no they are not in the shell. They are just as you can see them in the picture.

When you buy fava beans are they still in their shell, because when I bought and prepared some last week they were and it took over an hour to boil them. I can understand without the shells it would be quick.

I do like the idea of keeping them slightly chunky in the dip, although when I made mine it was much smoother and not as exciting.

Next time I will try it your way.