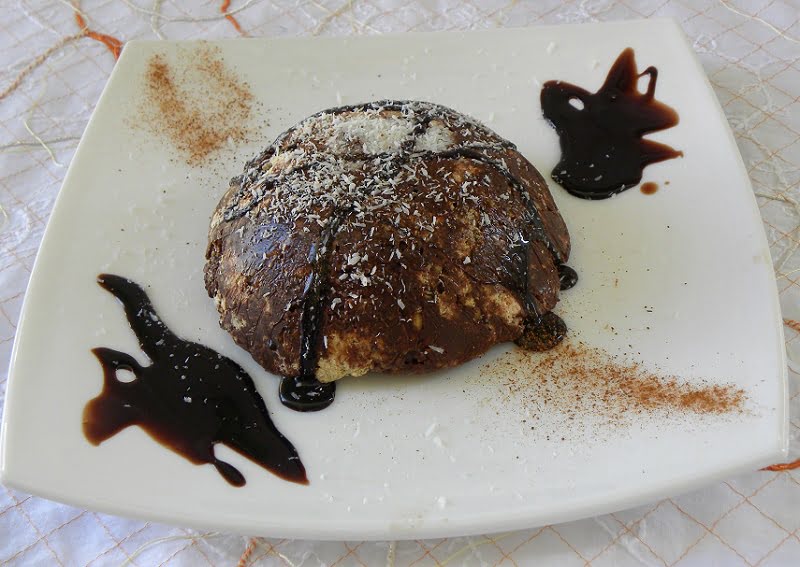 Before going to the recipe let me wish you A Happy Spring time!

Spring is officially here today as 21st March marks the beginning of this beautiful season.

We have been having good  weather the past days and the day is getting bigger.

The temperature is rising, the trees are blooming, the birds are chirping early in the morning and in the park we go walking to in the morning,  is full with caterpillars.

The fasting period of  Lent has a long way to go yet, so I always try and make new interesting Lenten recipes, which are mostly vegan.

How to make a Vegan Dessert with store bought Halvas

For those living abroad, you can get Halvas in Greek or Middle Eastern stores and Amazon.

I had some leftover halvas from Kathara Deftera and I remembered a dessert named “Kormos“, I used to make years ago with biscuits and chocolate.

Instead of using biscuits, I used halvas.

I melted some vegan couverture chocolate and added some margarine and syrup from the quince spoon sweet, to keep it soft.

I had both types of chocolate and vanilla flavour halvas which I cut into small pieces, toasted some almonds, added some quince preserve as well as some fleur du sel and coarsely ground black pepper and cinnamon and mixed them in the melted chocolate.

I lined a bowl with cling film and added some coconut as well as  the mixture.

I covered it with the cling film and flattened it on top.  I then refrigerated it for about half an hour, for the chocolate to harden again.

I then removed the cling film, flipped it over in a plate and sprinkled some chocolate syrup, cinnamon and coconut on top.

If you cannot remove it from the bowl, add hot water in a bigger bowl and place the second bowl inside for a few seconds, until you can remove it.

Some more ingredients you can add to the dessert:

Each bite was a surprise and a burst of different flavours.   It was so delicious that I made it twice in 3 days.

It is a very healthy dessert but full of calories, so a small piece is enough to get your blood sugar levels back to normal.

With this quantity, we can make two big ones or one big one and ten smaller ones.

This recipe goes to the event Creative Concoctions, created and hosted by me.  Hope to see some of your creative concoctions by the 30th March. 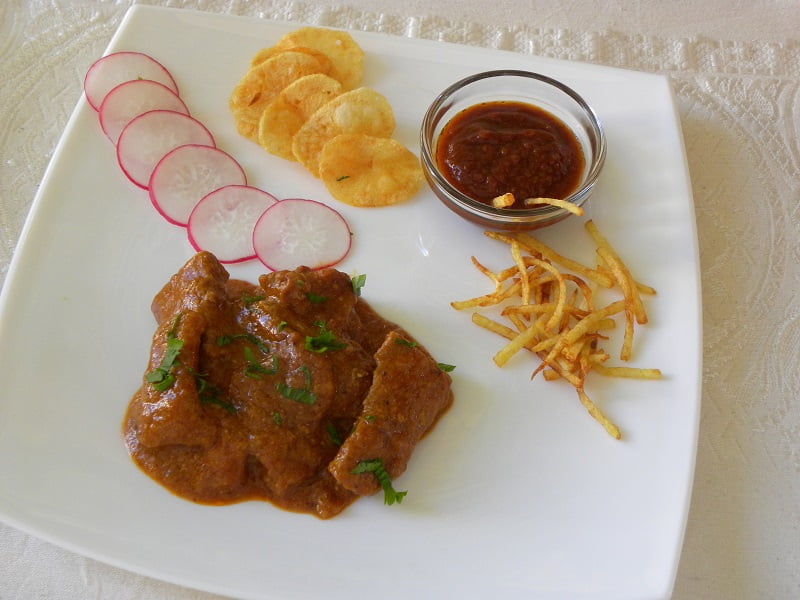