Fresh octopus (htapodi)  is one of the most popular appetizers served in Greek tavernas.   However at home we cook it in many other ways and is one of our favourite dishes during Lent. 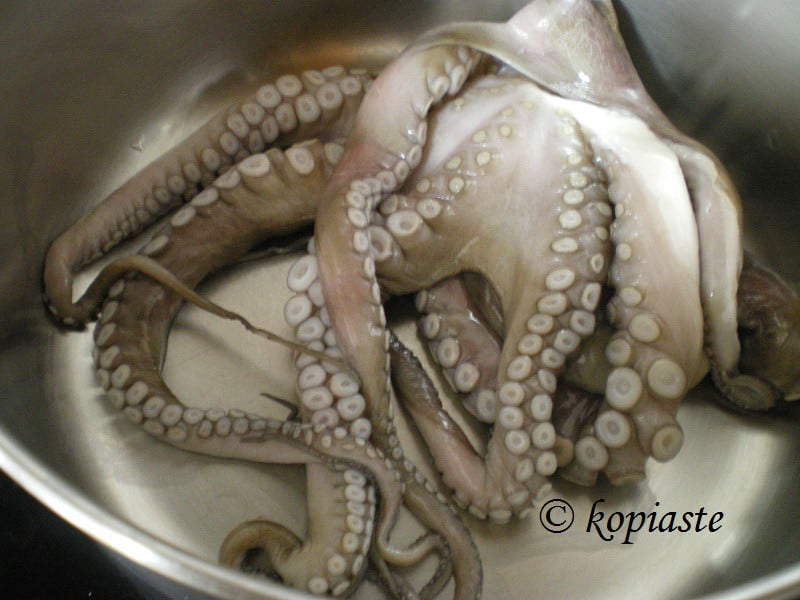 Although no animal products, including fish, are not allowed to be eaten during Lent, except for Palm Sunday and Annunciation day, all cephalopods are allowed, as they do not contain blood. 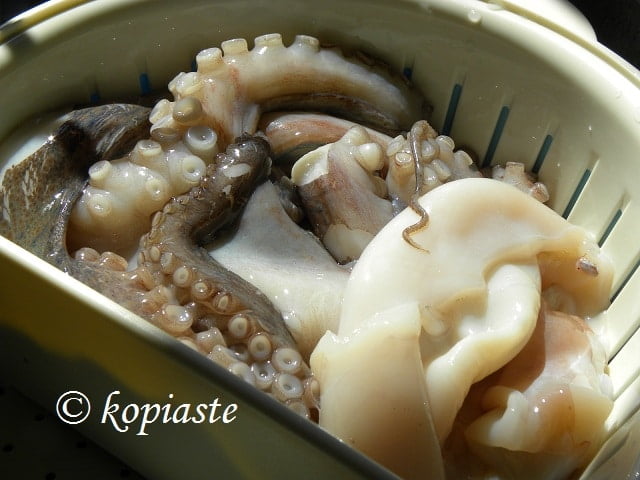 Octopus is quite expensive, but in Greece we also cook it with moschious, which is a kind of octopus and is equally delicious.

The octopus I bought was quite large.  I prepared the first step with the whole octopus and part of it was marinated in vinegar  and olive oil, which is preserved for many days and can be served with some oregano, as part of our meze dishes. 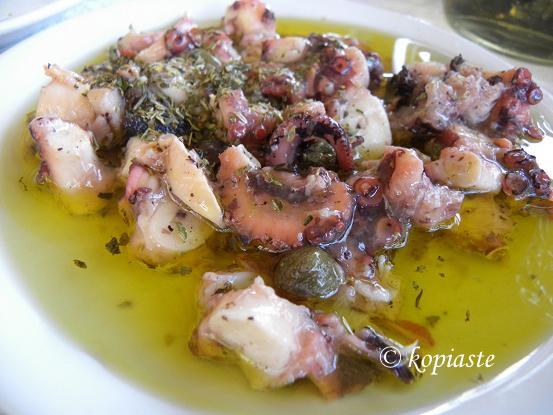 Note:  This is an older recipe and was not made during Lent. Hilopites can be substituted by linguine but as they contain eggs, it’ s not a Lenten dish.  However, you can add other pasta, such as spaghetti. 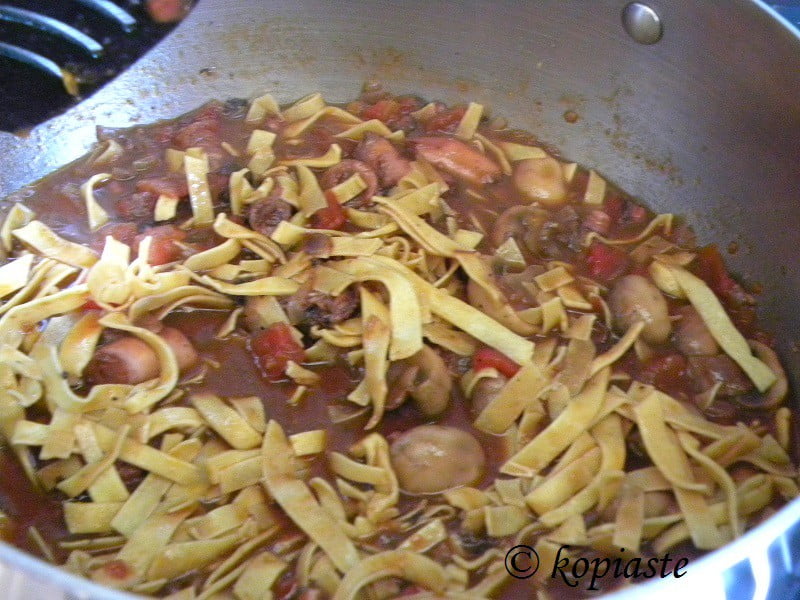 See video on how to clean octopus.

Put the saucepan on the heat until it is hot and add the octopus. Mix until it sweats out a pinkish liquid. Keep an eye on it mixing every now and then and cook it in its juices until that liquid has evaporated.

Remove the octopus and cut it into smaller pieces.

Add olive oil to the pot and sauté the onion until translucent. Add the spice mixture, roasted garlic, mushrooms, and sauté for a couple of minutes.

Add the octopus and then add the wine and stir for 2 -3 minutes until the alcohol evaporates.

Add the bay leaves and the tomatoes. Bring to a boil, lower heat and cook for about 15 minutes, until the onion becomes soft. Remove the bay leaves.

Add 1 cup of water and bring to a boil. Add the salt and pasta, and lower heat. Cover and simmer for twenty minutes (if you are using store bought, according to the package instructions), stirring it regularly so as not to stick to the pot.

Serve with finely chopped parsley and cracked pepper on top.

Oh I love octopus! This dish looks and sounds so good. I am always happy to see people sharing recipes for foods such as octopus - it is rare. But so delicious!