Add extra flavour and texture to your lentil salad combined with plenty of vegetables and protein for a nutritious lunch or side.

Most people don’t eat dried legumes during summer mainly because of the abundance of fresh vegetables but also because they have correlated legumes with soups.

However, dried legumes are a great source for protein and the combination of any dried legumes with lots of vegetables makes a healthy and perfect meal for  hot summer days.

Whenever I go to the farmers’ market I do have a few things in mind what I need to buy but then I end up with so many other things based on how appealing they look and if they are cheap, I grab them, as I know I will find a way to use them.

You cannot imagine how excited I was last week when I heard a producer promoting his vegetables when I heard that he was selling fresh coriander (cilantro).

I had already passed his stall when I heard him and returned back trying to realize if what I heard was right.

I was so excited to find fresh coriander (cilantro) in the farmers’ market after so many years in Greece and if he did not reassure me that he would be there next week as well I would have bought all the bunches.

The last time I bought some cilantro was from a Middle Eastern Grocery in the centre of Athens.

Although coriander is known to the Greeks since the ancient times, for some unexplained reasons you do not find it used in the Greek cuisine, either fresh or using the seeds, contrary to Cyprus where both are used.

The earliest attested form of the word is the Mycenaean Greek ko-ri-ja-da-na (written in Linear B syllabic script, reconstructed as koriadnon), similar to the name of Minos’ daughter Ariadne, and it is plain how this might later evolve to koriannon or koriandron.:   Wikipedia

I made a combination with most of the vegetables I had bought and was amazed how wonderful it was.

A few days later,  I still had most of the ingredients in the refrigerator but this time instead of making a salad, I made a tasty and satisfying main dish, changing a few ingredients and adding lentils.

In this salad I added among other radishes, rocket (arugula) and fresh coriander (cilantrol) and because these vegetables have a slight peppery taste  I added an apple and some craisins to balance the taste.

You don’t necessarily have to add an apple and craisins but if you like you could add a pear and some raisins.

All the vegetables and the almonds added a lovely crunchiness to the salad.

Preparation time: about half an hour

Using a mandolin slicer cut all the vegetables, except cherry tomatoes, which halve.

In a large bowl, mix all the vegetables.

In a food processor coarsely chop the almonds.  Add to the salad.

In the same food processor add all the salad dressing ingredients and mix. Pour dressing over the salad.  Add dried cranberries and toss well.

Taste and adjust salt and pepper.  Chill before serving. 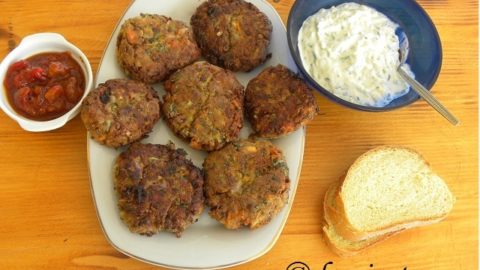 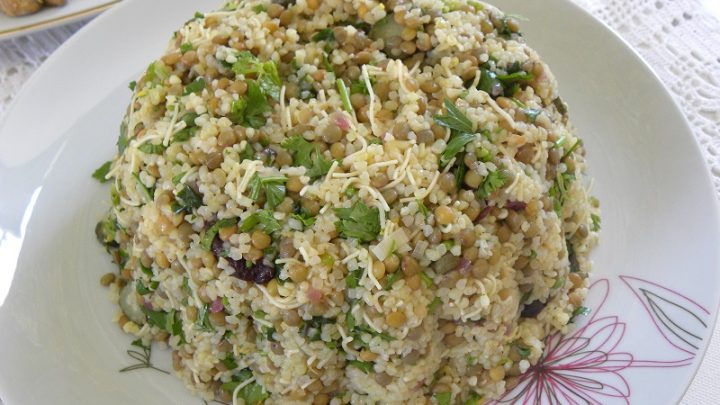 A perfect nutritional, light, summer side dish and why not a main dish.  The Lentil and Bulgur Spicy Salad is vegan but if you are not vegan, it goes well with some Greek yoghurt.

This Brown Lentils with Carrots, Orzo and caramelized onions dish has been one of my family's favourite Cypriot dishes for years.
The addition of carrots and serving them with caramelized onions on top, add a lovely sweetness to the dish and an intense depth of flavour. 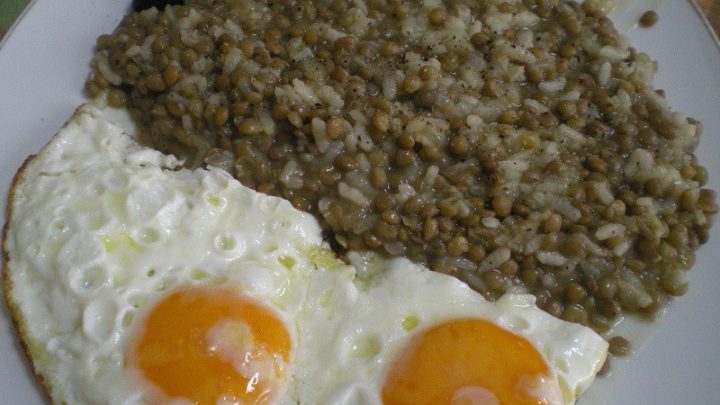 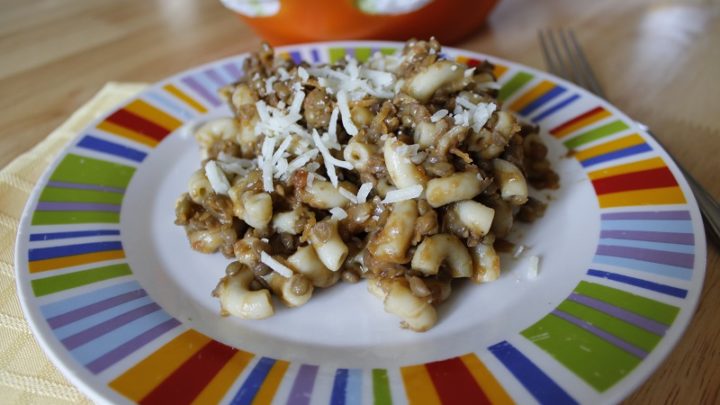 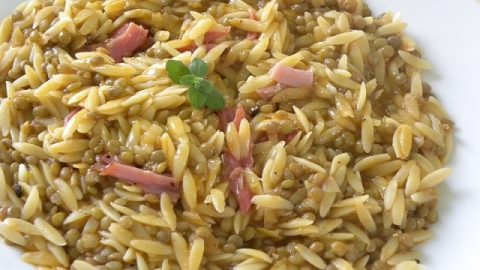 Kritharaki me Fakes (pronounced fakhés) is a pasta dish made with orzo and brown lentils. This is a different way of making the Cypriot dish called fakhés moudzentra, which is a staple lentil dish, cooked with brown lentils and rice and then caramelized onions, which are called "tiganissi", are mixed in.

How good does that lentil salad look? And the vegetable salad, of course, but I'm a sucker for lentils. With the honey balsamic dressing over earthy lentils...*pleased sigh*.... My recent post The Great FIFA 2010 Drinking Game, Rules 1 through 5

Ivy, it's so funny I just came across this. We had braised lentils as part of our dinner, and I was just thinking how I should make a summery salad with them because we eat them so much more in the winter. I was thinking they would be delicious with a balsamic vinaigrette and some goat or feta cheese!

Ivy I am so surprised that Greece does not use much cilantro; at any rate, you found a producer! I would have bought the whole bunch and made some pesto with it and frozen it; this lentil salad looks yummy and so does the other one with craisins. I love salads, always.

Ah, Joumana, I did make some pesto, both the first time and I found some last week, so now I have some to use for a long time.

Lentils are in my menu for almost every day of the year,totally love this nutritious salad :D