Yiaourtoglyko is one of the easiest desserts you can make. It can be made with any glyka tou koutaliou (fruit preserves) but if you do not have any you can substitute the fruit with canned fruit. 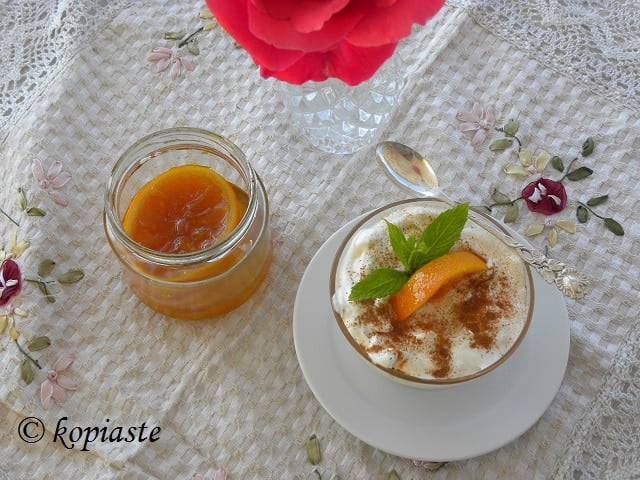 I based this dessert on an older recipe of mine which I make with Greek yoghourt, whipping cream, sugar and canned tutti frutti.  These four ingredients make an easy and delicious dessert called Yiaourtoglyko (yoghourt dessert) which you can have ready in five minutes. 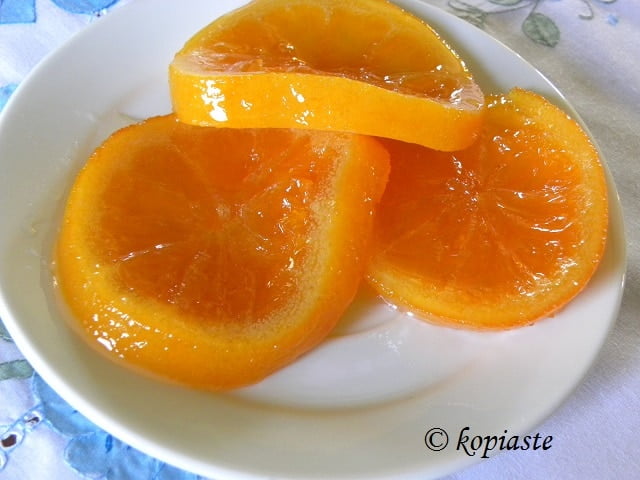 I love making fruit preserves, which I love using  in my recipes.    This time, instead of  the canned tutti frutti, I used an orange fruit preserve and instead of adding sugar I added some of its syrup.   In order to hold together I used a sheet of gelatine.  This way you can flip it over in a plate and serve it with cinnamon and fruit preserve on top or just serve it as it is in a bowl. 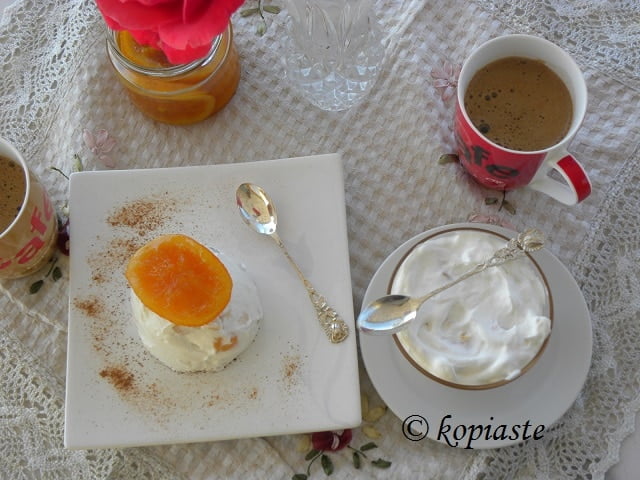 The amount of syrup used makes the dessert slighly sweet.  If you like you can drizzle more syrup or honey on top or you can increase the amount of syrup in the recipe.   If you don’t make fruit preserves you can use any canned compote with its syrup. 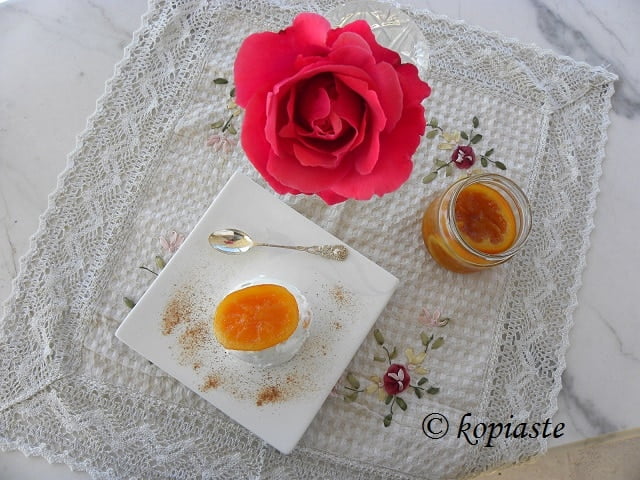 You can use full fat yoghurt and cream but I opted for a healthier version using cream with 25% fat, which is enough to make it form peaks and a low fat Greek yoghurt with 2% fat, which is equally delicious. 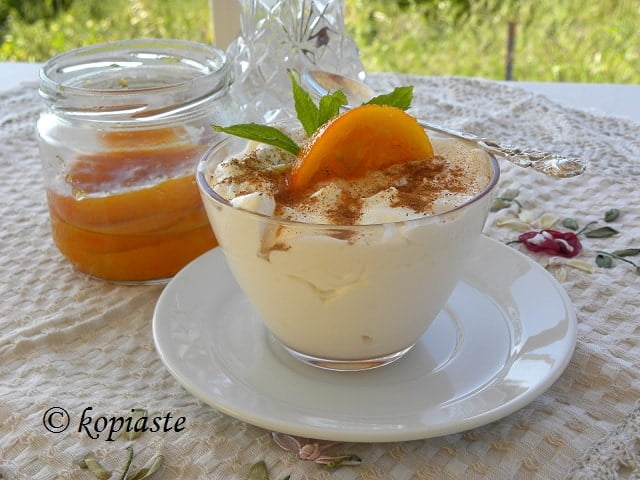 How to make your own Greek Yoghourt

I spent months recently trying different orange preserves, including the one with peel that my grandmother used to make; this would be the ideal dessert to use them with ! thanks for the inspiration Ivy!

it looks delicious.thank you for the recipe.

This is the kind of dessert I would love too. Those sliced fruit preserves are amazing.