Before giving the recipe let me explain what “patsavouropita”t means  because I know it’s all Greek to you. Patsavoura means something which is not neatly stacked in an orderly way and also a rug used to mop up dirt and metaphorically it is a demeanor for an ugly woman but also for a woman of low ethics.

This means that this tyropita, which is made with store bought phyllo, requires no special skills or care and attention  for its preparation, it is easy to make plus it tastes terrific.

There are many approaches to making a patsavouropita but today I will share two recipes.

Feta is the main ingredient in both but you can add any other cheese you like.

I have also added some graviera and halloumi.

I added some dried mint in them because I love to pair mint with halloumi and feta but if you like you can add some other fresh herbs like spring onions, dill, parsley, thyme, oregano, fennel fronds etc.

After preparing the filling, brush each sheet of phyllo generously with olive oil.

Scatter some cheese to cover all the surface and fold the phyllo in the middle and then fold it once again.

Put it in a baking tin.  Ι used a round baking tin but you can also use a square or rectangle one.  Just stack each phyllo with cheese next to each other until you fill the baking tin.

Then brush the surface with olive oil.

Finally whisk the eggs, milk, salt and pepper and pour it with a spoon to wet all the surface.

Preheat the oven and bake until it is golden on top.

So simple and easy to make but the taste is amazing! 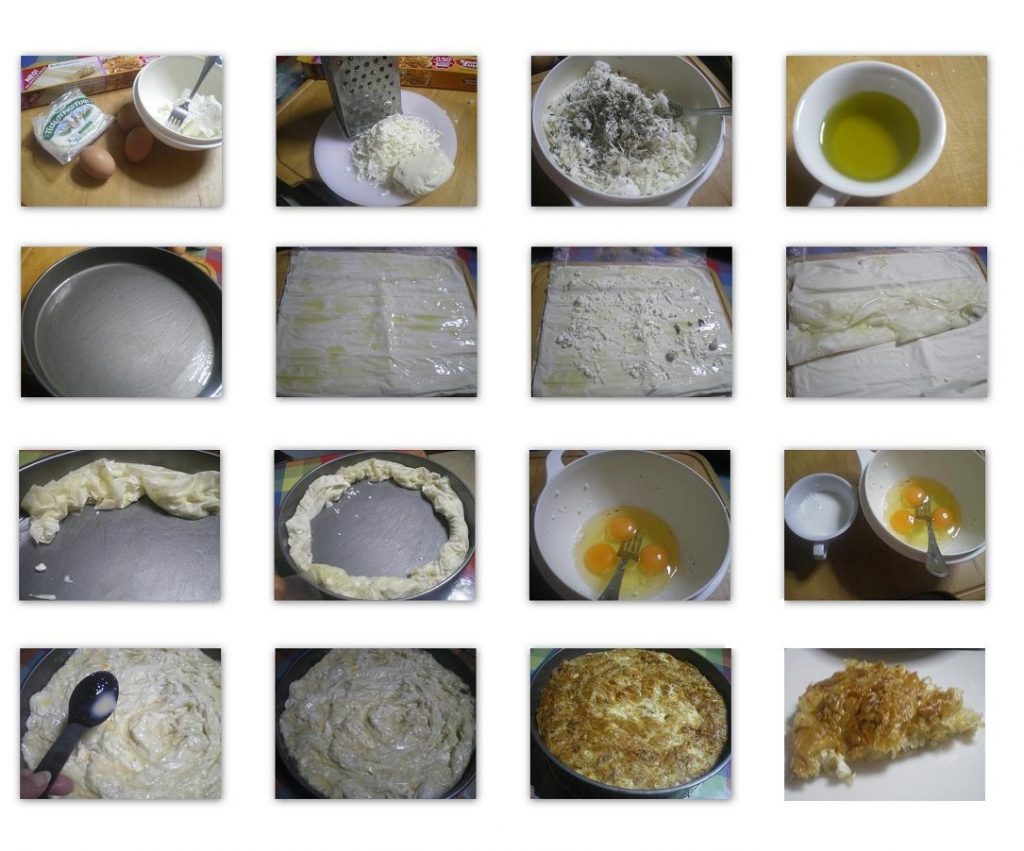 Here is another approach to this Patsavouropita, which is easy to make and you can even use leftover phyllo to make it. Believe me, you will love it!

You can either use regular phyllo or the thicker one, called horiatiko (village type) which we get in Greece.  This phyllo is thicker than regular phyllo, it resembles like homemade phyllo and is the one used to make homemade pies.

Take about 6 regular sheets or 3 thick sheets of phyllo and make them in a roll.  Cut them into 1 cm thick pieces.  You can cut them with a knife but if you have a kitchen scissors, it’s even easier.

When done, fluff them up with your hands, so that they become long stripes of phyllo.

Put them in a bowl with the cheese.

Whisk the eggs with milk, add dried mint, salt and pepper and mix it into the other ingredients.

Let it rest for about fifteen minutes and pour it into a Pyrex.

Add pieces of butter on top and sprinkle some sesame seeds.

Bake until golden on top. 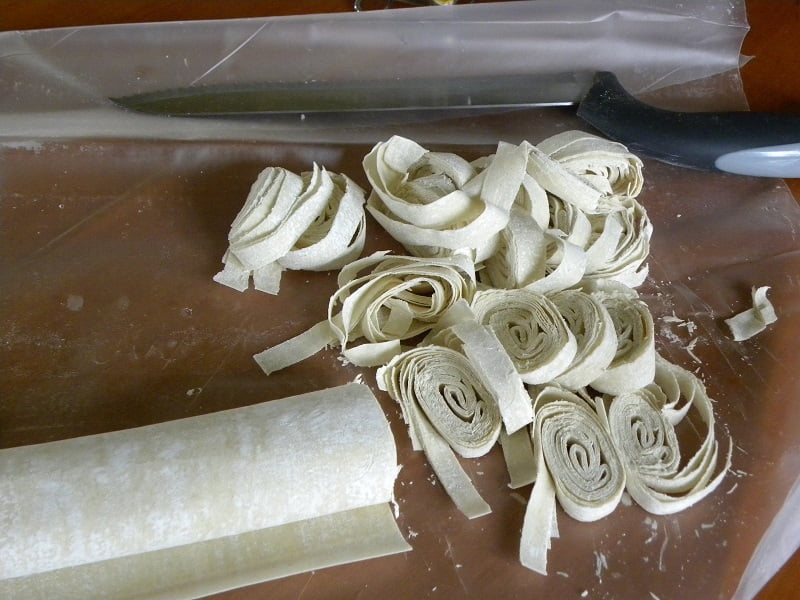 Make the phyllo into a roll and cut it into 1 cm pieces. Using your hands, fluff it up so that the rolls open.

Put the shredded phyllo in a bowl and add the grated cheese.

Whisk the eggs with milk and add dried mint, salt and pepper.

Pour the mixture over the shredded phyllo and mix them well.

Pour the mixture in the Pyrex and let it rest for at least 15 minutes to absorb the milk.

Cut the butter into small pieces and scatter in on top. Sprinkle with sesame seeds. 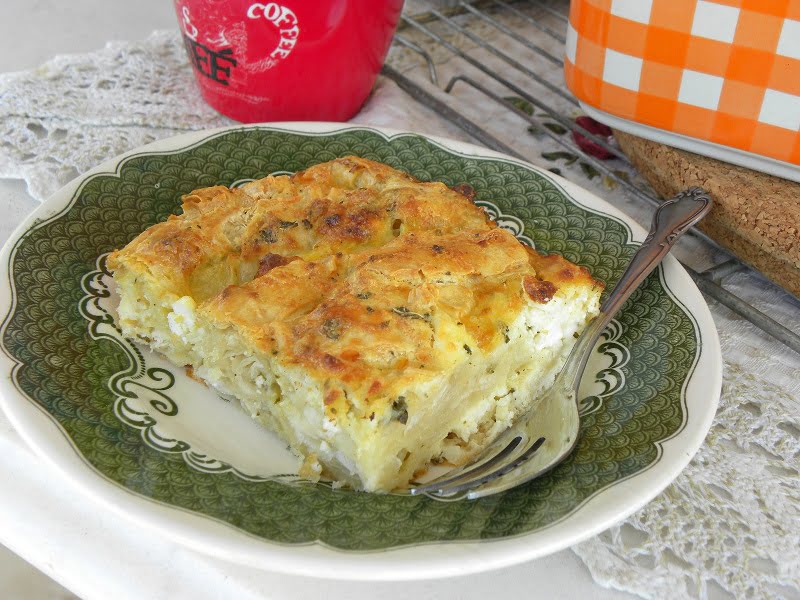 Tyropita me Maratho (with fennel)

Defintiely looks like an easy and tasty treat that anyone can try to make and enjoy. I am going to suggest this recipe to my mom also as she loves new desserts.

I love it, it looks great, i also love cheese and mint combination.

Wonderful recipe! The image is so mouth watering. I loved the white part made initially. I will definitely ask my wife to make this for me and my kids during this weekend.