Marathopitakia are the smaller ones made into turnovers with a few extra ingredients. 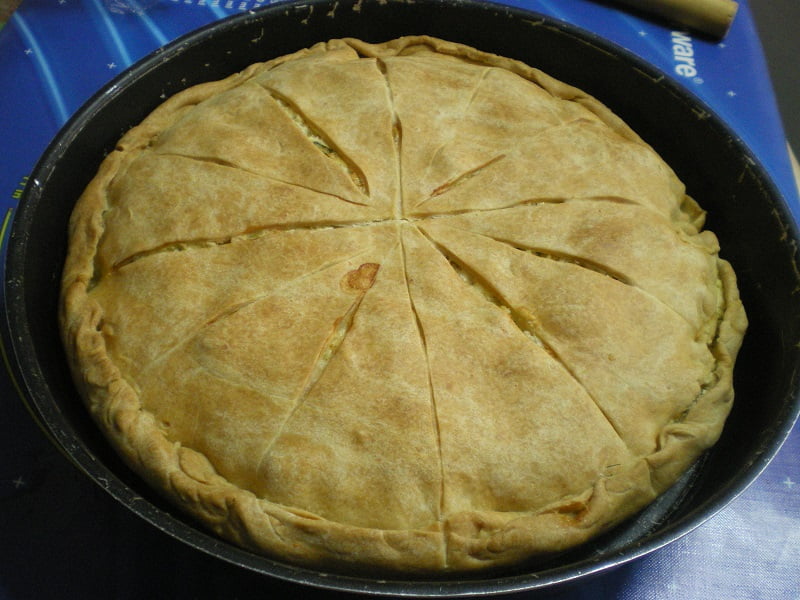 The Greek name for fennel is marathon (μάραθον) or marathos (μάραθος), and the place of the famous battle of Marathon (Μαραθώνας), literally means a plain with fennel. 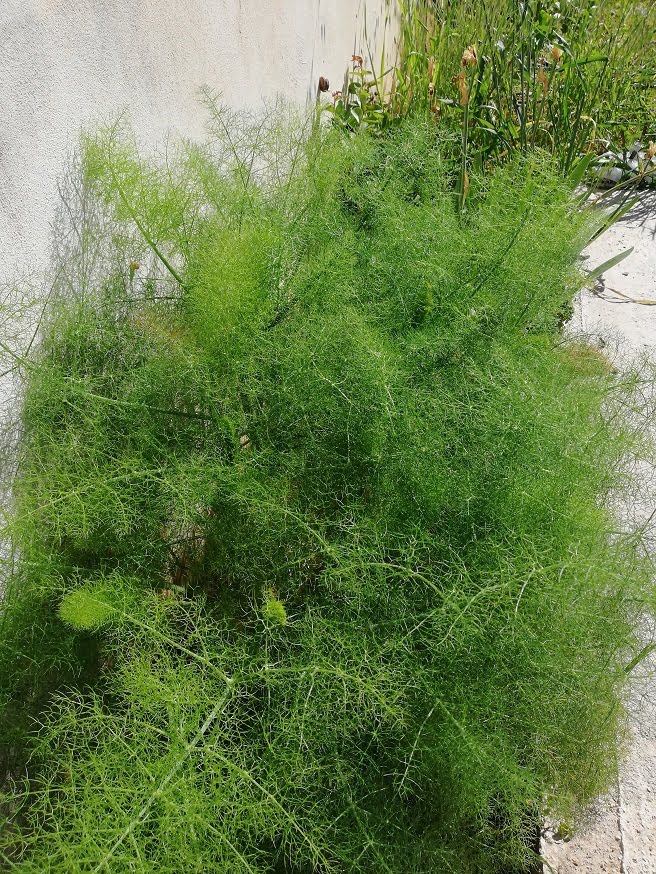 Fennel grew everywhere in their villages so one way to use it was to make pies.  However, they used freshly made feta when making it, when it is still soft.

During Easter when we went to Sparti we planned to make this tyropita.   Near my sister in law’s house lives a family who have sheep and they make feta often.

We wanted to buy some, however, we did not get lucky as they were not making feta during Easter.

When we came back to Athens I kept thinking of this recipe but never found fennel at the farmers’ market.

One day, a long time after Easter,  I finally found some fennel at the farmers’ market.

Although it grows everywhere in the countryside, you rarely see it in the farmers market.

Coming back from the farmers’ market with lots of vegetables and herbs, I decided to make it.

Instead of using fresh feta I decided to make it with fresh xinomyzithra, which some friends sent to us from Crete.

However, you can still make it using regular feta mixed with anthotyro, which is similar to ricotta.    If you use feta, be careful with the addition of salt as feta is salty.

Take a look at some other Greek tyropitas

Tyropita (many types of tyropita)

Now that it’s summer and very hot, it’s hard to stay at home, so I have been away during the weekend and we came back last evening.

Today I made this amazing tyropita, which we ate as a main dish.  To accompy it, I made this delicious Watermelon salad with grilled halloumi! 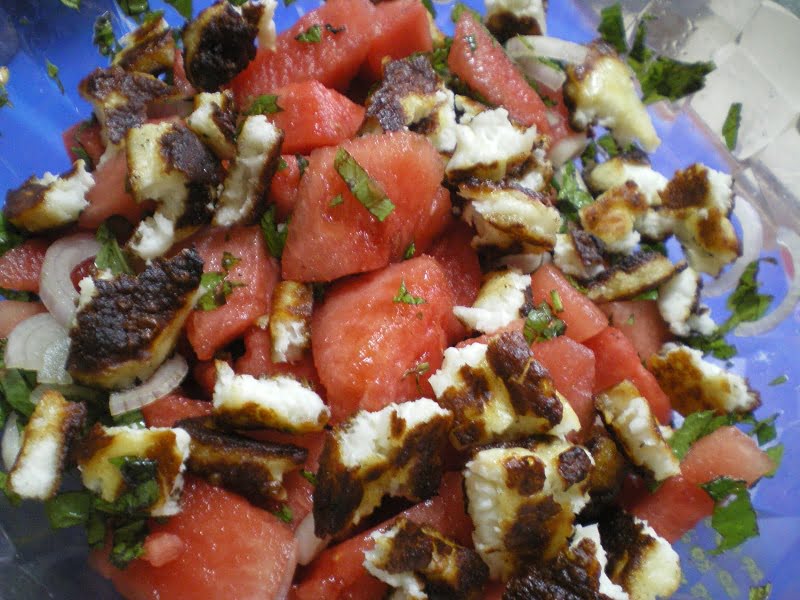 Halloumi as you know is a quite salty cheese and it pairs well with something sweet, so in Cyprus during the summer we always eat Watermelon with halloumi so I made this Watermelon Salad and ate it with the tyropita.

The combination was heavenly, each bite was simultaneously sweet, salty, spicy, minty but mostly refreshing and delicious.

After the Beef and Pork Galette, I decided to use the provencal pastry to make this cheese pie. 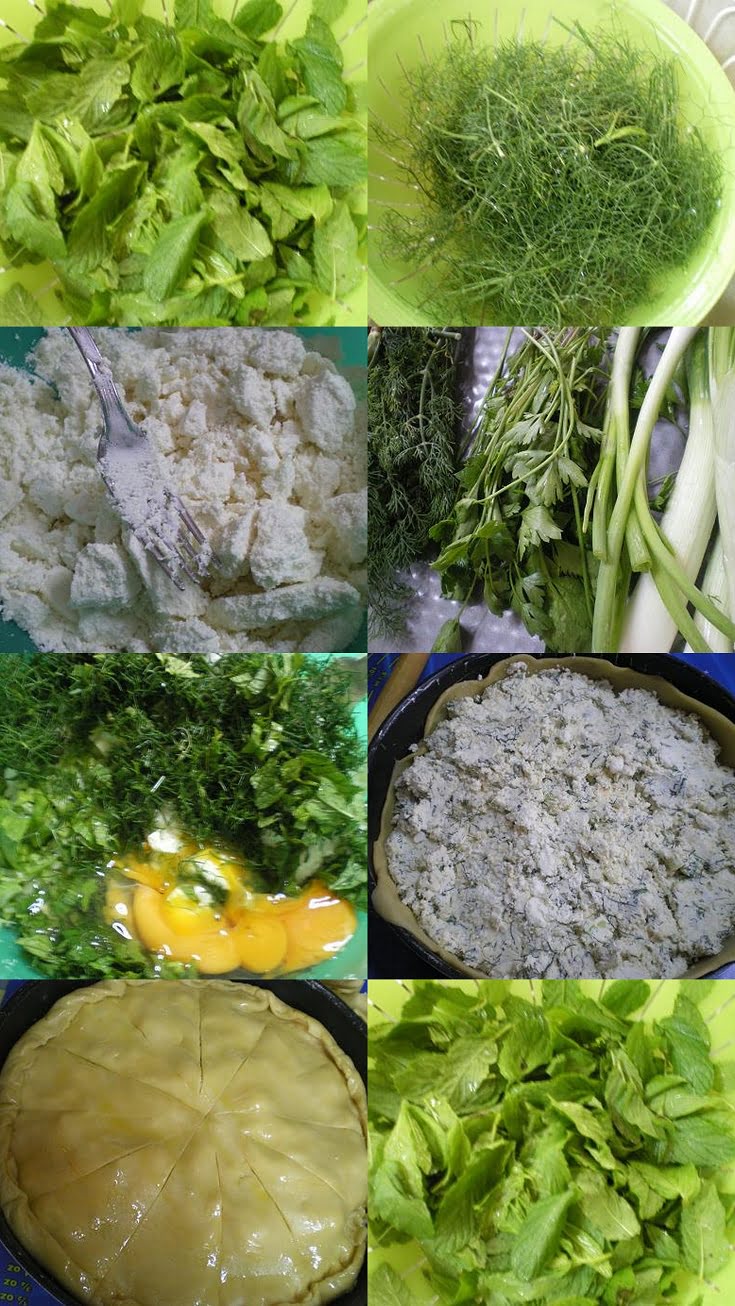 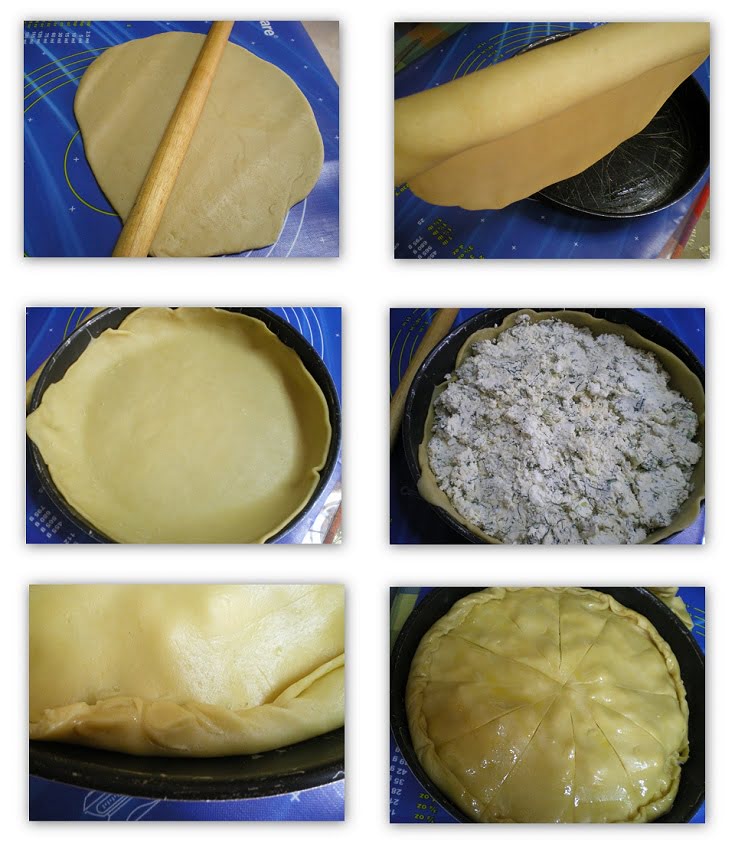 As I made the whole amount of the provecal pastry, there was some leftover dough and filling, so I made marathopitakia (small cheese and fennel pies).

I added  more herbs such as Swiss chard, which I boiled for 5 minutes and drained.   Instead of Swiss Chard you may also use spinach.

You can fry them if you like but I preferred to bake them. 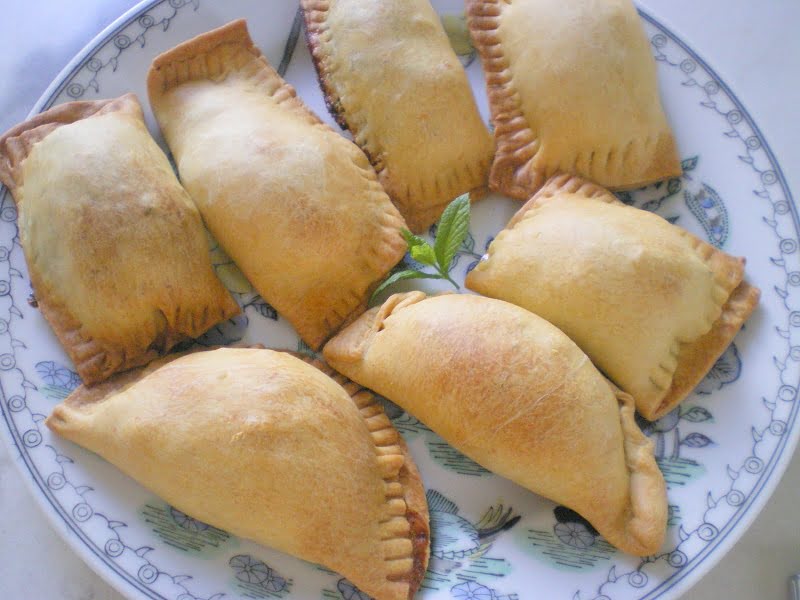 In Cyprus we would call these bourekia from the Turkish word borek and in Crete they are called kaltsounia, from the Italian Calzone. 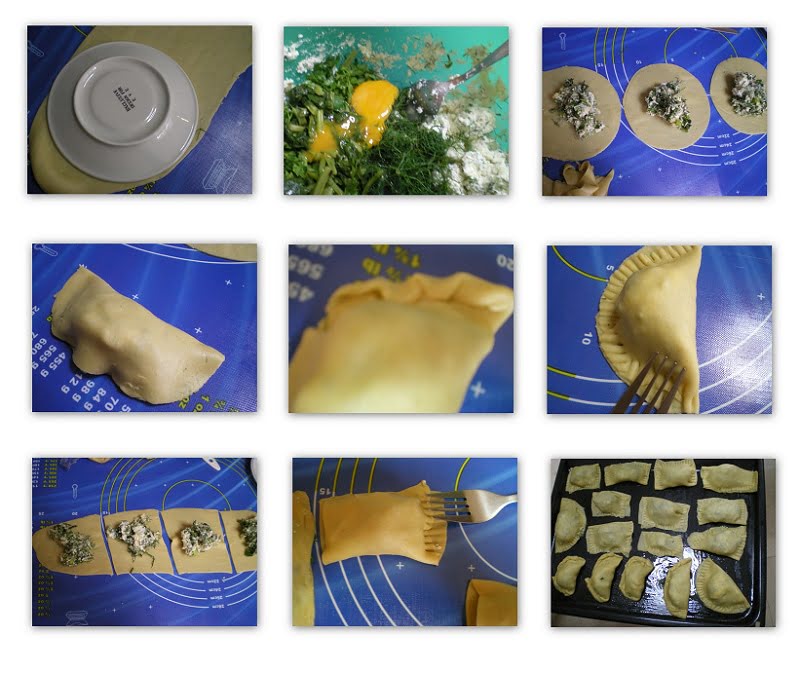 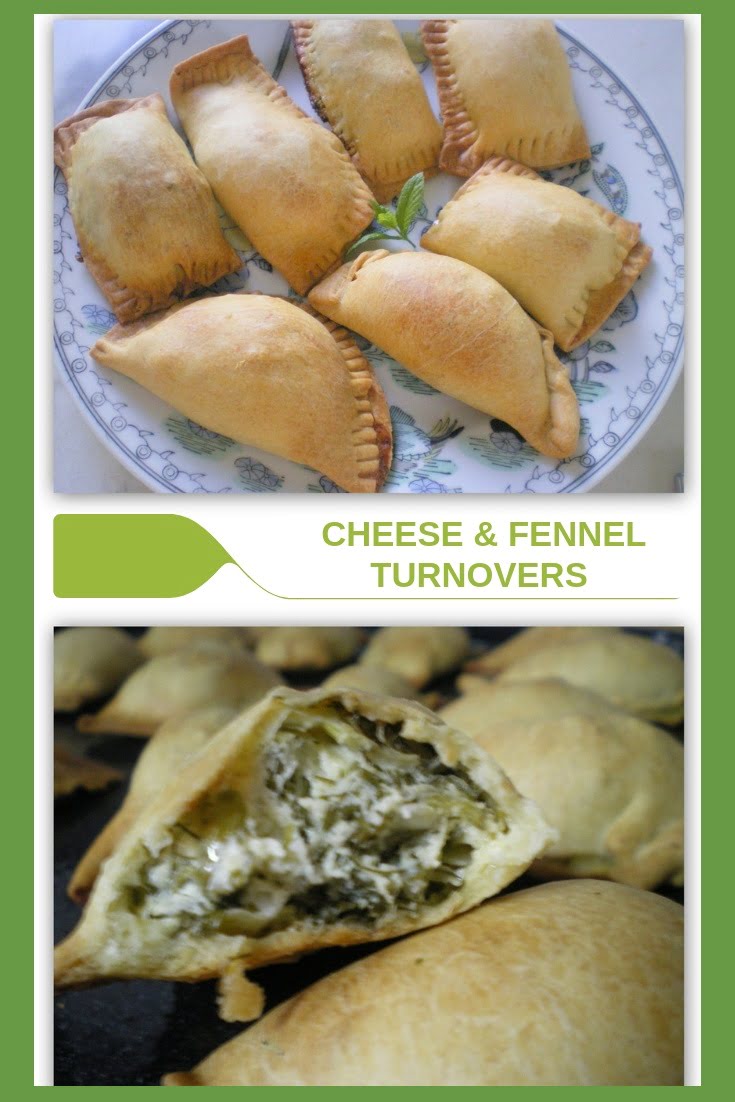 Thanks to you, I finally made a version of the watermelon salad today. Just for me. Watermelon, feta, basil, onion and a touch of balsamic vinegar. Oh my oh my! So delicious. I will search out some halloumi here in Ohio so I can try your recipe. It's just perfect for our hot steamy summers. And I am eager to try your tyropita, too! Thank you!

Ivy this reminds me so much of my time in my Yiayia's village in Cyprus. As I have been travelling I have not seen her in 6 weeks so it is nice to have such memories. Thank you.

I like to sprinkle some salt on my watermelon so I can imagine it would be great with a salty cheese! Looks yummy!

Looks refreshing with flavor. That tyropita looks staked. Something I would not mind eating on a Rhodes Island beach. Yianni