The tradition of making a Christmas Cake in Cyprus probably dates from the time Cyprus was a British colony.

However, I still want to experiment with new things and this year I am making a Christmas Cake based on the older recipe but I have tweaked practically most of the ingredients.  Although I love the citrus flavour of the old cake I’ve used candied strawberries, cherry spoon sweet and eggplant spoon sweet.  Instead of almonds, I used hazelnuts and I flavoured it with the coffee liqueur I made both inside and also to wet the cake a couple of times.  I know that it’s hard to find eggplant spoon sweet abroad but you can add craisins (dried cranberries) instead, if you like.

This cake needs about a week to be ready, so today I am posting the basic cake recipe and I will update the remaining as I go ahead.

Note:  For those who are making a Christmas Cake for the first time, don’t think that it’s too early to make a cake for Christmas, as the Royal Icing seals the cake and it can be preserved for a very long time.

Spoon sweets should be placed in a colander for at least one day prior to preparing the cake. 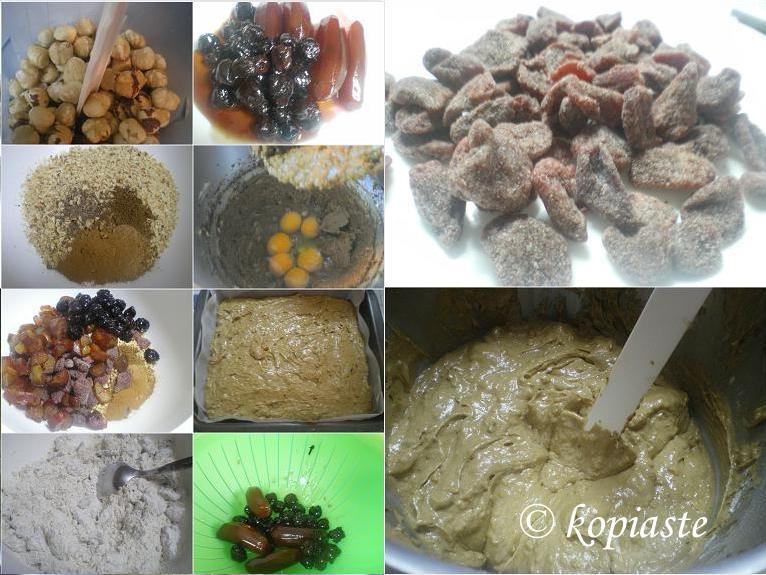 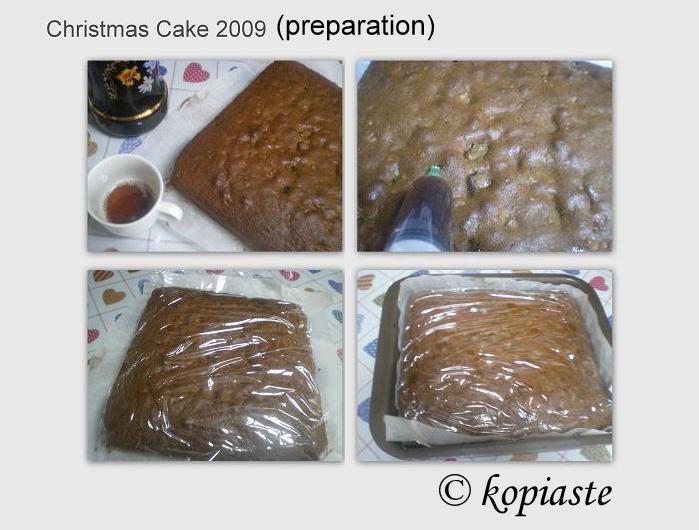 The almond paste  had another non traditional ingredient in it.

I did not change anything to the Royal Icing.   I added the ornaments on top, which this year are all edible and spinkled some coconut on top of the icing.

This recipe goes to Cinzia of Cindystar, for her event Baking under the Christmas Tree.

You will find the recipe in my cookbook “Mint, Cinnamon & Blossom Water, Flavours of Cyprus, Kopiaste!”

Happy Holidays and a Merry Christmas to you all!!