There are many stories about the origin and name of this confection.

According to Wikipedia the oldest recipe appearing in a cookbook goes back to 1953.

However, as I read in the official website of Nanaimo (where you will also find the recipe),  the confection became more popular when the Canadian mayor initiated a contest in 1985 to find the ultimate Nanaimo bar and Joyce Hardcastle’s recipe was the one which won.

How I made my Nanaimo Bars

In order to create my own recipe I read a few recipes on the web to understand what this dessert was about.

The dessert consists of three layers, each one needing time in the refrigerator before proceeding to the next one:

The base is a layer of Graham Crackers Wafers, butter, sugar, cocoa powder, walnuts (I’ve also seen it with almonds), shredded coconut and an egg combined together.

In Greece we do not have Graham Crackers Wafers, which actually have nothing to do with wafers, but in other recipes calling for this biscuit, I used to substitute it with Digestive biscuits.

However, I chose to use real chocolate wafers.  I made my own crust using dark brown sugar and did not add egg as I considered it redundant.

I used dark brown sugar and I urge you not to use any other type of sugar (although you can) as this particular one gives a crunch in the biscuit base as well as a lovely caramel flavour.

Note: If you have leftover Christmas cookies, such as Melomakarona or Kourabiedes, you can use them to make the base.

The middle layer is a rich pastry cream, made of butter, sugar, custard powder (or vanilla pudding powder) and  milk.

This part was a bit confusing to me as regards the custard powder.  My thought at the time was to make a creme anglaise.  However the original cream is more like buttercream, so I was thinking to add gelatine to thicken it.

Instead I made the filling using Salepi Powder. (You will find information about salepi at the end).

The third layer is the simplest to make.

Chocolate and butter are melted over a double boiler.  I love adding black pepper to chocolate but if you don’t like pepper, you can leave it out.

By mere coincidence, a few days before, my friend Joumana posted about Sahlab drink, which is a popular drink introduced by the Ottamans in the countries they ruled.

Greece and Cyprus were, of course, ruled by the Ottomans and it used to be very popular here as well.

A few days before Christmas  my husband and I went to Athens for some Christmas shopping and passing from Plateia Dimarhiou, I remembered a nearby Middle Eastern store and I decided to buy a packet of sahlab to try it.

Of course, this is not the real thing but just a pudding flavoured with Sahlab.

When we tried it, we loved its taste and that is why I decided to use this pudding to make my middle layer.

However, as it is possibly hard to find sahlab, you can substitute the pudding with a pastry cream or any other filling you prefer.

I followed the instructions on the package but although the pudding thickens, it’s supposed to be a drink which will not set.

I don’t know if it would set if I added more powder but I decided to add some gelatine so that it would set.

When I made the drink it seems that sugar was added to the starch as it was sweet, so I did not add any sugar to the cream.

What is Sahlab (Salepi in Greek)?

For those who don’t know this drink, “Salepi” is a drink made from the tubers of a kind or orchid which is powdered into starch.

It is then thickened and flavoured with rose or citrus water and drank as a beverage to warm you up during winter.

This beverage is sold by street vendors and it is good to relieve the cough, asthma, stomach pain etc.

You can still find some Sahlab vendors in Athens, usually at Ermou Street, near Syntagma square. The picture was taken during a visit to Thessaloniki.

It is sweetened either using sugar or honey and flavoured with citrus or rose water, ginger and cinnamon.

This profession will be extinct in a few years here in Greece, as there are only a few old street vendors left.

In Cyprus I am not sure if there are any left.

As in Greece it is sold only by street vendors, I was reluctant to try it but if I see one again, this time I will definitely try it.

This recipe goes to Zibaldone Culinario who is hosting this month’s event ABC Culinario.  This month we shall be travelling to Canada.

The New Year begins, so let us pray that it will be a year with worldwide Peace, and to you my readers, may God bless you through out the New!  Happy New Year!

I’ve made Nanaimo Bars endless times since 2005, when I first made it but instead of the Sahlab filling, I now use pastry cream and it is always a great hit.

Below, you will find a recipe I made adding chestnuts to the biscuit base, the filling is a Diplomat cream, which is a pastry cream combined with whipped cream and it is topped with white chocolate and dark chocolate.

It is served with a homemade candied chestnut on top. 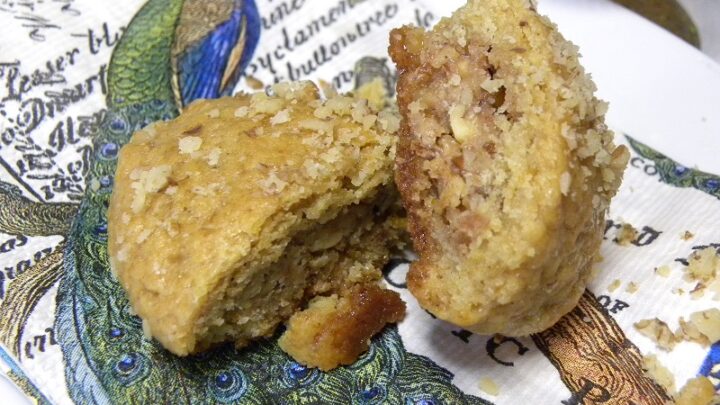 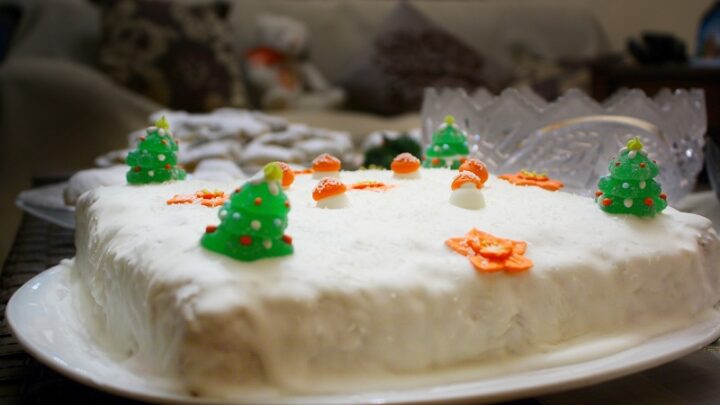 *Instead of using wafers or other traditional biscuits, you can use some of your Christmas leftover cookies to make the base.

Hi There your Eggless Nanaimo Salepi (Sahlab) Bars recipe is simply great.... Tried it today and turned out Awesome I loved it and family too...Will definately make it for my guest who are coming this summer...Its Really delicious and very easy and very neatly explained procedure thanks..

Thank you Swapnali. Glad you and your family enjoyed it.

... damn this looks appetizing. I can't wait to try this recipe. Looks delicious.

An incredible ingredients for new year. It looks delicous. Thank you.

It's so yummy! Thanks for sharing this Eggless Nanaimo Salepi (Sahlab) Bars recipe. I will try this at home and my kids will love to taste this.

I'm impressed how you took yummy Nanaimo bars and made them into a Greek version. The real things are absolutely delicious (quite sweet though). Hopefully you'll get to try them some day. No graham crackers? Digestives would work pretty well.

I am sure I will be making them again and next time I will make them the traditional way.