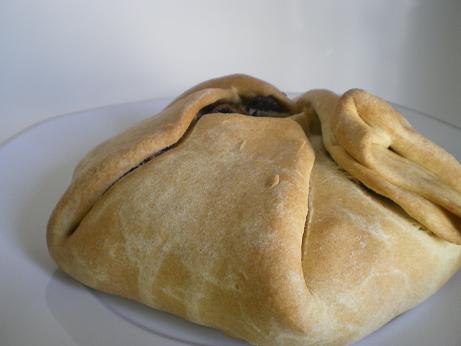 Thank you to all of you who’ve written to me over the past few days, either at the blog, facebook or by private e-mail, to express your sympathy and kind thoughts.

I am really grateful to have such good friends which I met through the internet.

Life, however, does go and time is the best healer of any traumatic event in our life.   I have passed from many other bad situations in my life (death of both my parents, being fired from my job, having to shut down my own business later on), but after the first shock and grief, I always found  that keeping myself otherwise busy, worked well for me and was very therapeutic.

My last recipe post was the provencal pastry and as I said then, I will be posting the galettes and pies mentioned in that post.

I had seen some posts of galettes in the past but did not know exactly what it was.  I looked it up and according to wikipedia, it is a round and crusty cake but I am more inclined to think of it as a pie with a hole in the middle and instead of being cooked in a pie dish, it is folded up and around the filling, leaving it uncovered in the middle.

When I attempted to make the first galette, I had in mind a meat pie I make but the dough is really fussy, so I wanted to see how it would turn out using the provencal pastry.

To my surprise, the dough was really easy to make and easy to handle.  The only mistake I made was that I divided the dough into four parts and only made four galettes, one for each one of us.    Although it tasted great,  the crust was too thick and although it was served as a main dish with a salad, it was too much to each.

Whichever you choose to make, they both tasted great and each one can be made with either with pork or beef. 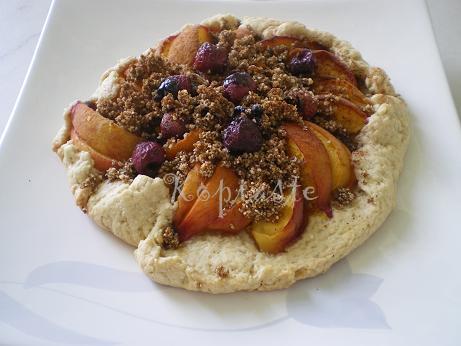 Before going on to the recipe, here is a peek at a fruit galette I also made. 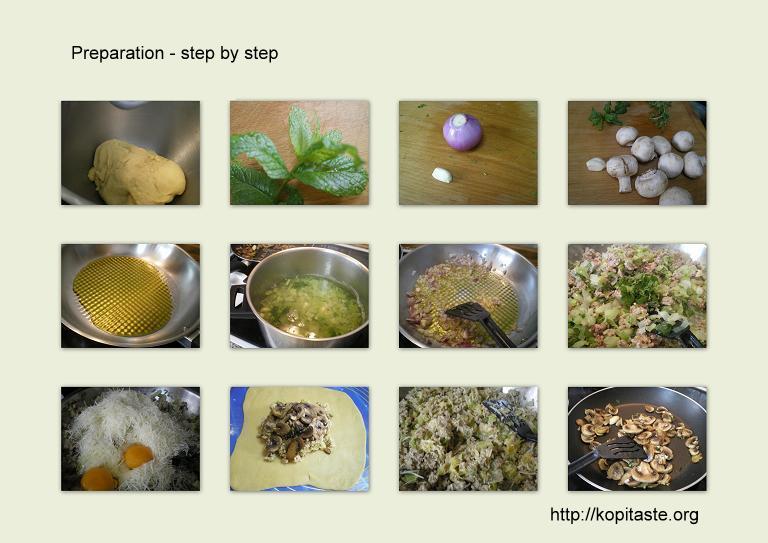 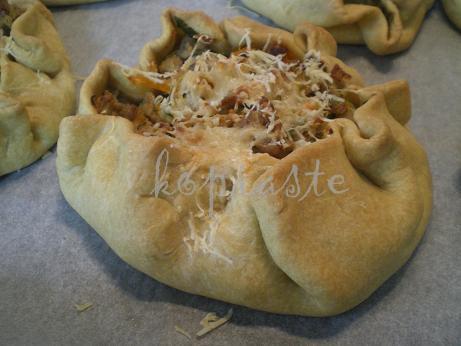 The second time I made the galettes, I changed the ingredients, made them smaller and this time the crust was much thinner and they came out perfect.  We had some leftover for the next day and they even tasted better the next day. 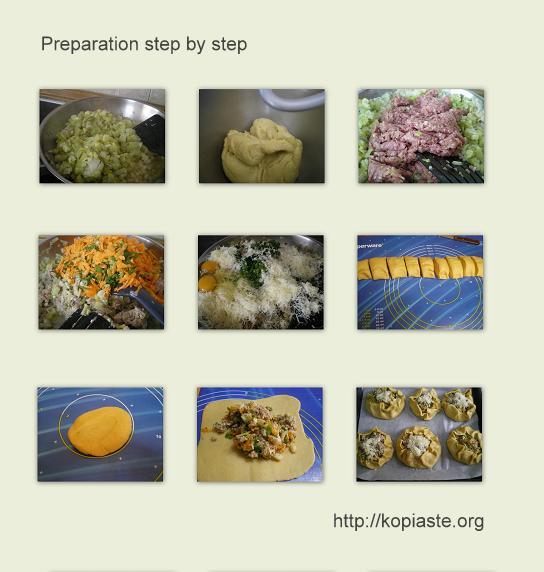 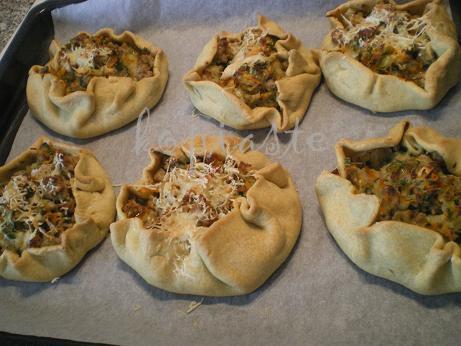 I have been told that there are still some problems with my blog and some people cannot download the page or leave a message.    I have removed several plug-ins and widgets and do not know if that has improved the situation, so if it has please let me know.

I'm supposed to be getting dinner for my hubby and myself, but stumbled onto your site. Here I found the picture of your fruit galette, but no recipe for it, would it be possible for me to have this. At this stage, I think I'd better try my hand at your "Chicken and Leek Pie" before it gets too late or we'll finish up with something old and mundane. Thanks for your interesting site.

I made yet again a galette (fruit one) and I think you have inspired me to use the leftover dough to make a beef galette. I made the dough yesterday with olive oil ... it turned sooo nice. Much more delicate it seemed then my pates with butter! I was very impressed by the dough! Thanks for posting about it!

Funny you posted about galettes. I am making a peach galette today - waiting for my dough to rest LOL!

Although I won't press you to cheer up, I am so glad to see you here sharing us with so something delicious. (If you happen to visit local bookstores and a library, check out "The Rainbow Bridge" or "There is Eternal Life for Animals", both of them are worth to keep. ) The fruit galette is delicious. I like both sweet and savoury galettes, however, my husband just doesn't eat cheese, (can anyone image that???!! ), well, he doesn't know what he is missing! More power to you!

I've never had a savory galette, Ivy. These looks wonderful! A delicious comfort meal. And your fruit galette is beautiful.