This stuffed turkey which we make in Greece is much different as it is usually stuffed with minced meat, pine nuts and chestnuts.

It is perfect for Thanksgiving but as Thanksgiving is not celebrated in Cyprus or Greece, we always roast our turkey on Christmas Day or New Year’s Day.

What makes it special is the filling which is made with finely chopped chicken livers, rice, almonds and raisins.

I can remember what a huge bird we used to roast as I come from a big family.

I have two brothers and three sisters and apart from one of my brothers who lives in Australia, the rest of my siblings together with their families, used to gather at our parents’ house to celebrate together.

So, on these days we also used to gather at one of our siblings house, to celebrate together, each time at a different house.

I learned making this recipe from my mother and I continue roasting the turkey on Christmas day making the same recipe year after year.

I usually roast a turkey between 4 – 5 kilos. For each kilo of turkey, it should bake for an hour.

We love the stuffing with chicken livers, so I don’t think I’ll ever try and make something different.

In Greece turkey is stuffed with minced meat and in the stuffing they add pine nuts and chestnuts.

There are two ways you can brine the turkey.

One method is to submerge the turkey in a brine solution and the other is to dry brine it.

This year, I also added 2 cups of boiled and peeled chestnuts in the filling and 2 spring onions and all these added to the taste.

As soon as turkey is removed from the oven, put some slices of bread and roast them. Sprinkle some olive oil and oregano on top.

This year I made too much filling for the turkey so after stuffing the turkey, I wrapped the remaining in parchment paper and aluminum foil and baked it together with potatoes, separately from the turkey.

The potatoes were relatively large, so some of them were halved and a slit was made in the middle, in order to absorb the juices.

These were placed on the lower rack of the oven and a separate baking tin with the turkey was cooked on top.

The turkey was around 4 kilos.  After adding the filling and sewing the skin, I prepared a marinade which I poured on top.

Around the turkey I added, lots of vegetables, which I  used later on to make the gravy.

The turkey was cooked covered with an aluminum tent  as above recipe.  I then removed the turkey from the baking tin and the vegetables and juices were puréed in food processor and then sieved.

How to make the gravy:

There are many ways to make a gravy but this is very simple. It starts with a roux and uses the pan drippings.

Baking Turkey without an Aluminium Tent

This year I wanted to make Hasselback potatoes, so I decided to bake the turkey without the aluminium tent.

I brined the Turkey the usual way with a wet marinated. I bought a frozen turkey (it weighed 4 kilos) with a thermometre in it.

In the baking tray I added:

I lifted the skin of the turkey and added some butter (about 1 teaspoon) on each side of the breast.  I added about ½ tsp between each thigh and ½ tsp between each wing.  I then sprinkled some black pepper and oregano on top (no salt).

I preheated the oven to 200o C and placed the baking rack on the lowest part of the oven. When I put the tray in, I reduced the temperature to 180oC.

While the turkey was baking, I clarified 120 grams butter and mixed in ¼ cup extra virgin olive oil.

I baked the turkey for one hour and removed it from the oven, closing the oven door immediately for the temperature not to drop.

I brushed the turkey with the butter and olive oil mixture and put it back in the oven for another hour.

I repeated the above procedure.  I saw that the turkey began browning, so I loosely covered it with aluminium foil making sure it did not touch the skin.

I baked it for another hour, checking to see if the thermometer popped out.  When it did, I removed it from the oven and placed the turkey on a cutting board for 30 minutes, before cutting it into pieces. (Don’t skip this procedure, as this helps to absorb its juices and makes the turkey meat juicy).

I cut the legs first and the wings.  I removed the bones, which I used the next day to make a turkey soup.

Then I removed the stuffing.  Finally I cut the breast into slices.  Leftover carcass was used to make the soup.

While basting the turkey with the butter, I checked if more water was necessary and added some when I saw that it was almost reduced.

In a small pot, I added about 3 tbsp leftover butter and oil from basting the turkey and enough flour to make a roux (as we do when making bechamel).  I added a cup of the leftover juices and tasted it.  I found it a bit salty, so I added some water and milk (about 1 cup in total) and mixed it until the gravy thickened. The gravy must not become too thick.

The leftover juices can be stored in the fridge to make more gravy, or use it as stock in other dishes.

To make the Gravy: 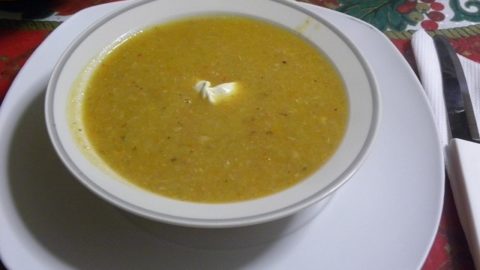 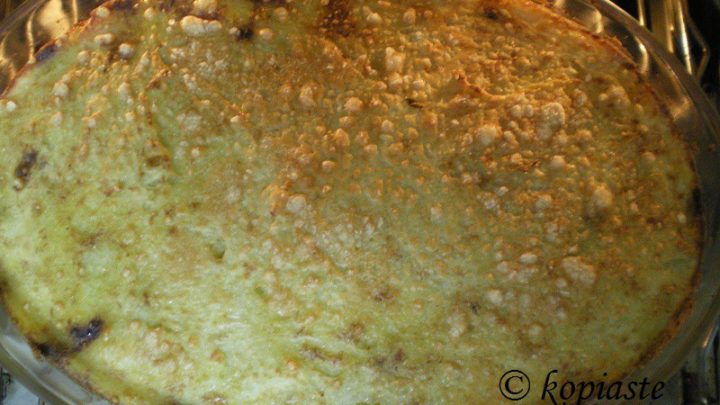 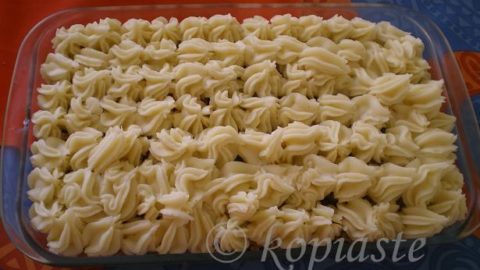 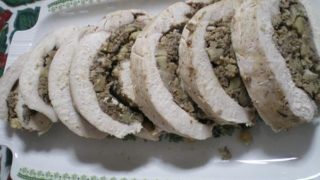 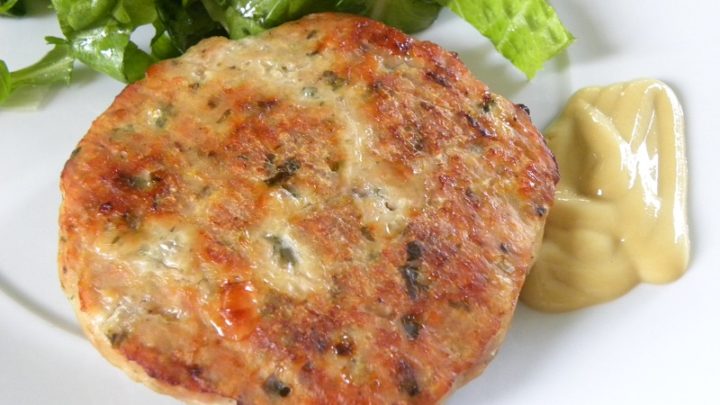 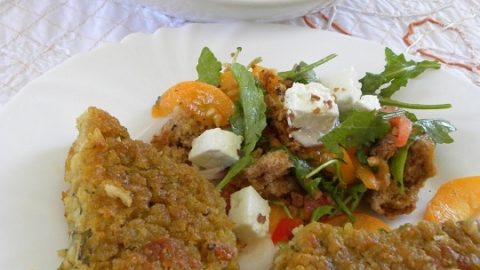 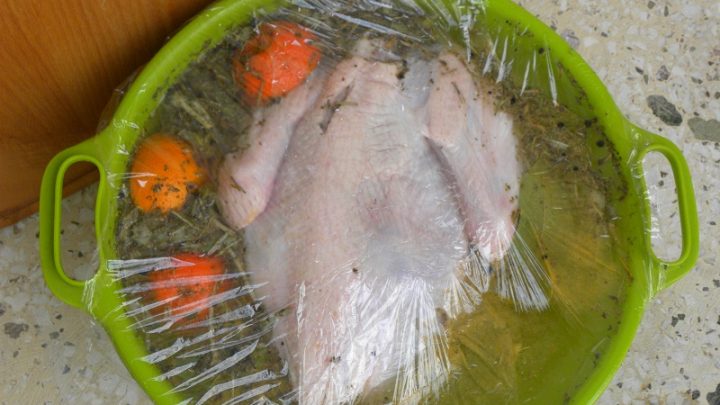 Brining a turkey makes it moist and juicy.  You can either brine it in a water solution with salt, water, sugar and spices or dry brine it. 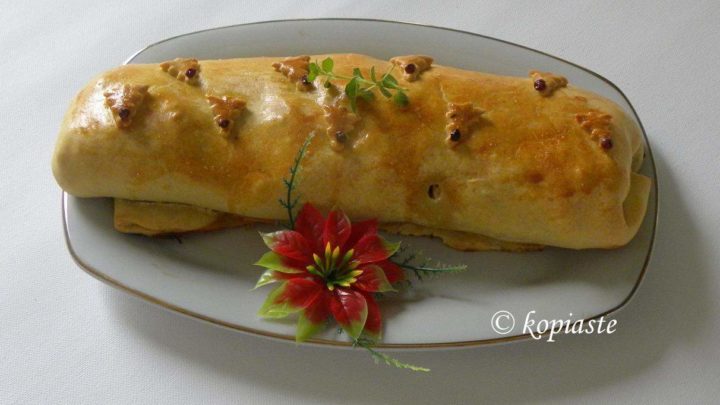 26+ Greek Christmas Foods And Desserts For A Foodie 2022

50 Different Ways To Cook A Turkey (Holiday Ideas, Inspiration) - Get Your Dose Of Endolphins

We usually cook ham on Christmas but will bookmark it for Thanksgiving as it sounds amazing.

If you don't add salt to the stuffing, that might work to balance the salty turkey drippings. I've gone to baking the stuffing separately and moistening it with well-flavored turkey (or chicken) stock. It's worth it because the taste of brined turkey is so much better, at least in my family's opinion.