Making dough from scratch is essential in Greek cuisine as we love making a lot of homemade pittes (pies).

With this tutorial, you can learn how to make homemade dough easily using your stand mixer.

When I made this video, it was my daughter’s first attempt to learn how to make easy homemade dough and roll phyllo manually.

I am a very proud mama that she successfully made her first pastry dessert from scratch, a tyropita (cheese pie), which will be posted soon in a separate post. 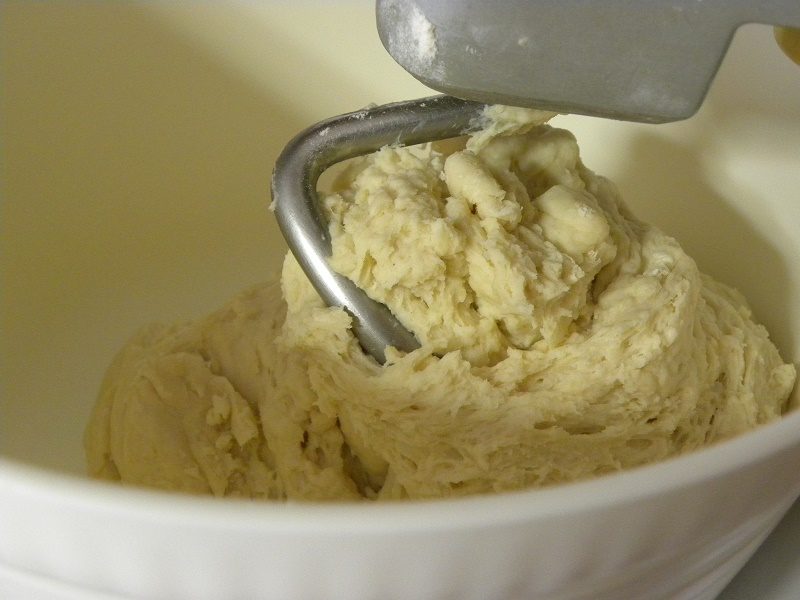 Greek cuisine is famous for its pies and pastry desserts.

We love making “pittes” (pies) and the philosophy behind this amazing traditional food was to make good use of whatever they had at hand.

Even the poorest people always had some flour and they grew vegetables in their fields or in their garden not to mention the wild vegetables and greens they would forage.

If they had a few olive trees, they also had some olive oil.  These ingredients are more than enough to make pies.

The most fortunate had a few chickens as well to get some eggs and those who had livestock such as goats,  sheep or cows would also have milk to make cheese and other products.

Of course, those who had a pig had cured meat all the year round.  So, even with whatever ingredients they had available, they could make amazing savoury or sweet pies. 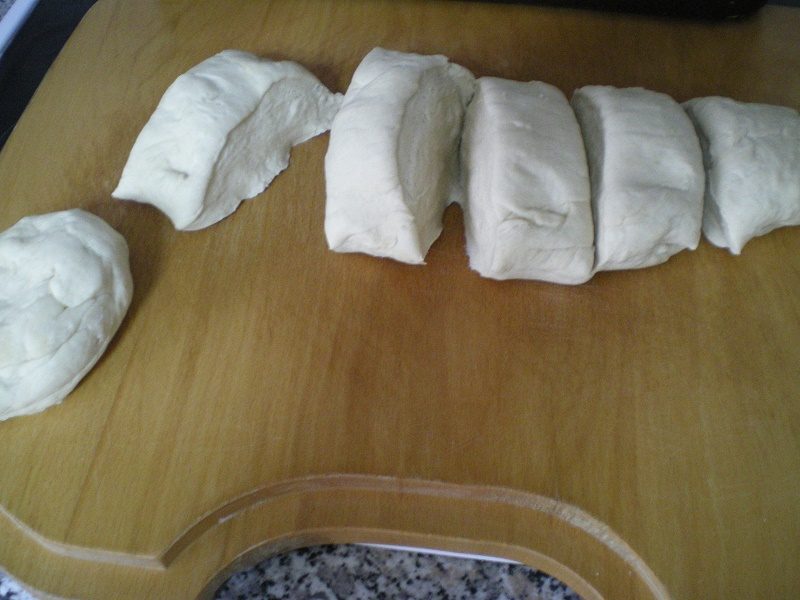 Making the dough by hand:

Put the flour in a large bowl and pour in the oil.

Using your fingertips rub the flour until all the oil has been absorbed. (This procedure is called “riziazo” in Cyprus).

Add the vinegar (this ingredient is optional and is used to give a crunch to the pies) and then add the water gradually.

Mix until the dough is soft but not sticky on your hands.
Knead the dough well (this is the most tedious part).

Cover with a napkin and let it rest for half an hour.

Making the dough in the mixer:

To make the dough in your stand mixer you need to have a mixer with a dough hook.

Put all the ingredients, except the water, in the mixer bowl and mix on the lowest speed.

If it is too thick add a couple more tablespoons water.

When the dough starts attaching on the dough hook, increase the mixer speed.

Stop the mixer and test with your fingers to see if it is sticky. If it sticks on the fingers, add more flour.

Increase the mixer to high and knead for a couple of minutes.

Remove the hook, cover the dough with a napking and let it rest for at least half an hour for the gluten to develop before rolling out.

What ingredients are necessary:

To make the dough, we only need these four basic ingredients:

Flour:  preferably all purpose flour,  bread flour, 00 flour or whole wheat flour.  You can also make it with gluten free flour, but it’s going to a challenge as it is very difficult, as gluten is a must to roll out the phyllo.

Fat:  it can be olive oil, butter, lard or vegetable oil.

Flavour:  Some salt, because salt makes everything much tastier!

Liquid:  Usually water to bind the ingredients but there are recipes where orange juice is used instead of water, such as the Cypriot Eliopita. 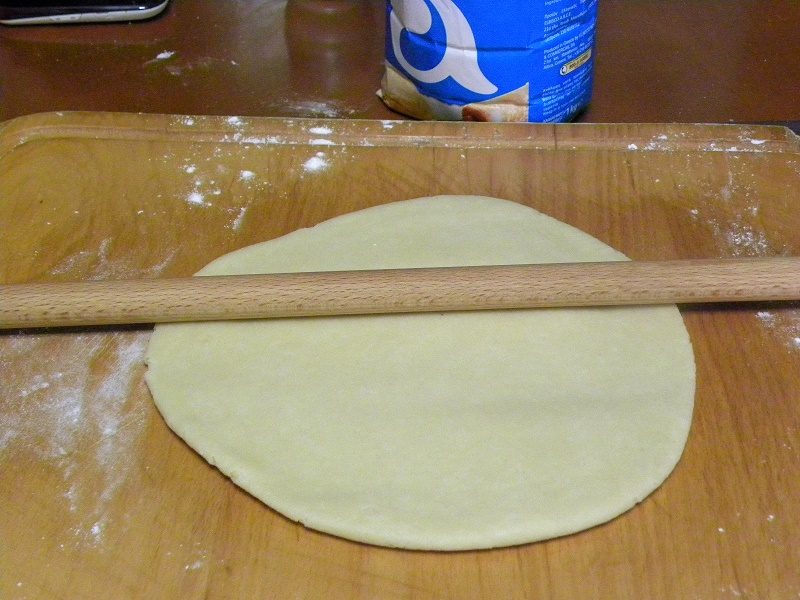 Some people feel afraid to handle phyllo but it’s not as difficult as it looks.

There are two ways that you can make phyllo.  One is the traditional one using a dowel and the other is using the pasta machine.

See the step by step instructions with video here:

How make the phyllo manually using a dowel.

How to make the phyllo using a pasta maker

There is another technique which I have been planning  to show you for you many years now but this will have to wait until I find the time to make the video. 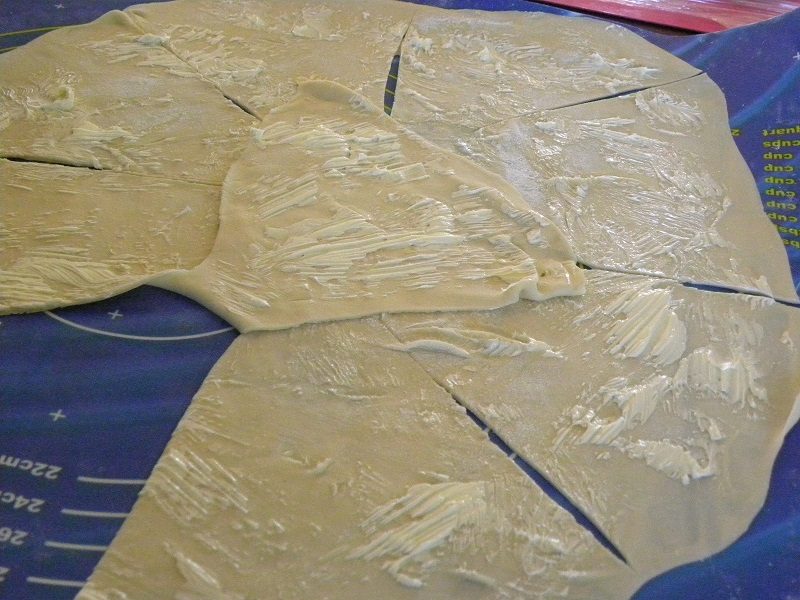 Making phyllo on the pasta machine is very easy and you can make it as thin as you like, provided you’ve made the dough right.

The only disadvantage is that it only comes out into long stripes.   This, however can easily be overcome with the technique I am showing you in the relevant post. 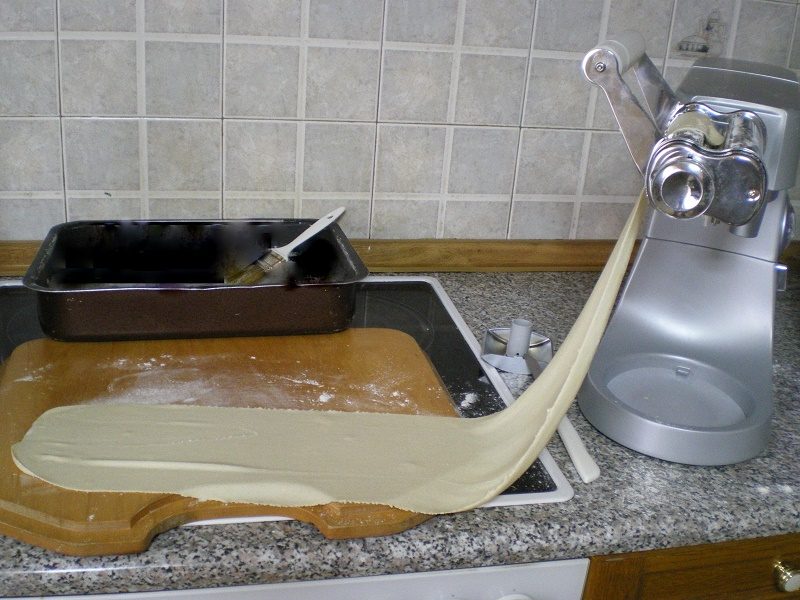 Although homemade phyllo dough using a dowel isn’t going to be very easy at the beginning,  as it involves a lot of practice to achieve a phyllo as thin as the store bought one, but even if it is less thin, believe me, you won’t want to go back to store bought one as it still makes a flaky and delicious phyllo. 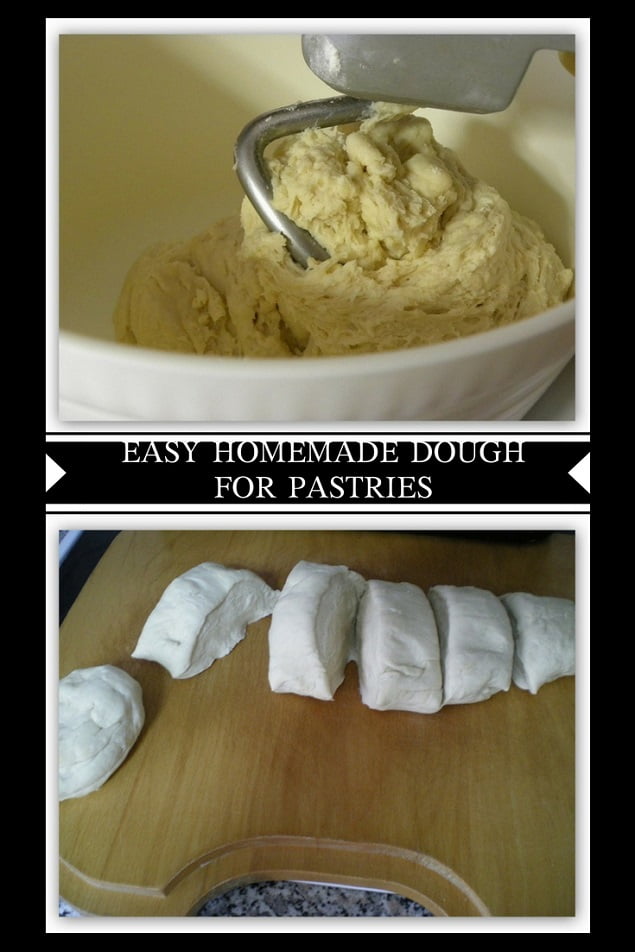 Recipes you can make:

Bourekia with Ground Meat and Mushrooms

.. and many more recipes

Very nice recipe i want to try it.

Cool! Does it has the same crispiness as Filo pastry?

This is the dough with what phyllo is made of :)