If you would like to make something different for Thanksgiving, you should try this Greek Kolokythopita (Pumpkin or Butternut Squash Pie). 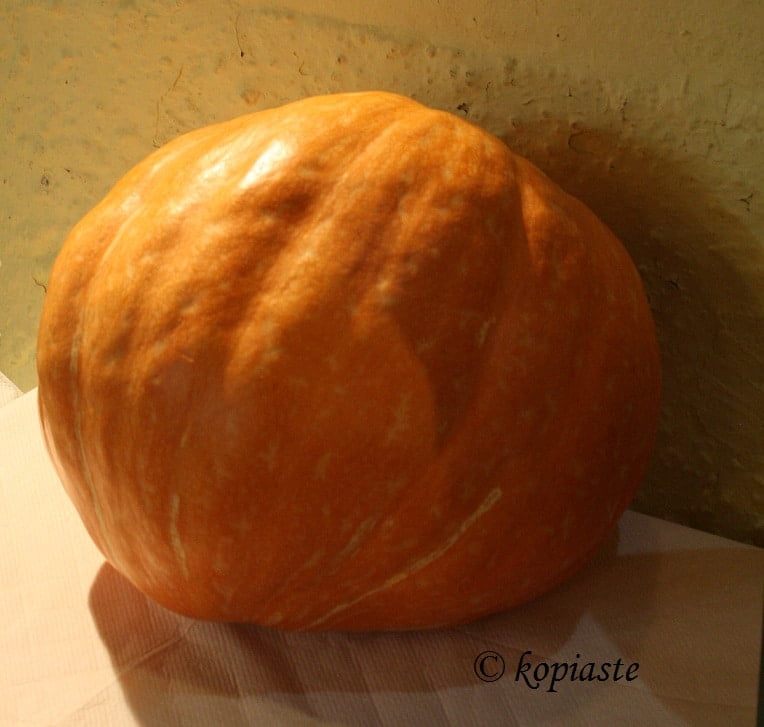 It may be different from what you are used to but it’s so delicious you will love it.  Pumpkin is not as easy to find in Greece as butternut squash, so you can use whichever you prefer. 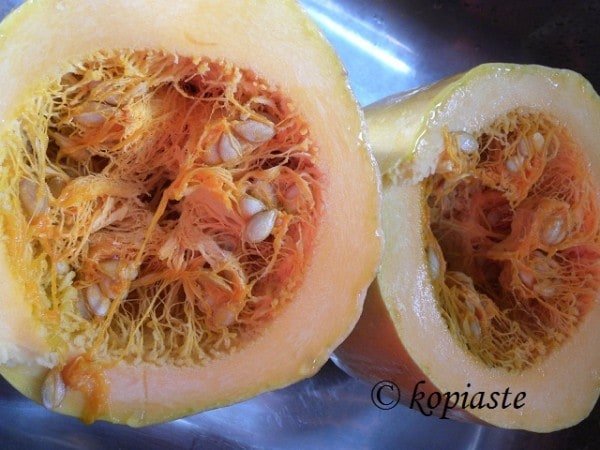 As I said in a previous post, my neighbour gave me two butternut squashes, one of which I made the Savoury Cornmeal Crumble with Butternut Squash, Spinach and Feta, as well as the  Butternut Squash Chocolate Chip Muffins with Chocolate Carob Syrup Buttercream Frosting. 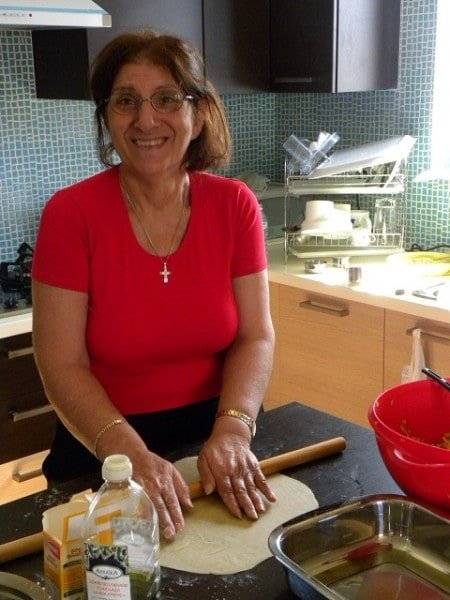 When we returned back from Athens, the other one was not quite ripe.  When my neighbour came to visit I asked her how many days it takes for it to ripen so without a second word she fetched a ripe one and took the other one to feed it to her chickens.

I decided to make this Kolokythopita, which is my twist to the classic Greek Pie with homemade phyllo and a delicious pumpkin filling with pumpkin spices as well as almonds and raisins, which I love in Cypriot Kolokotes (Pumpkin turnovers).

In the Cypriot ones we add rice or bulgur to absorb the juices while baking.  Instead of adding rice, I added ground biscuits which added an additional lovely taste to the filling.  To make the phyllo I did not have enough all purpose flour so I added some whole meal flour as well but you can make it with with 600 grams all purpose flour only. 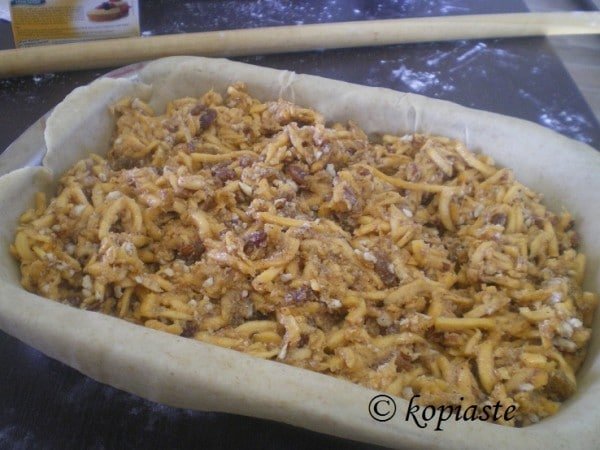 Before adding the filling, if you see that there are too many fluids, just empty it quickly in a colander without leaving it to drain. 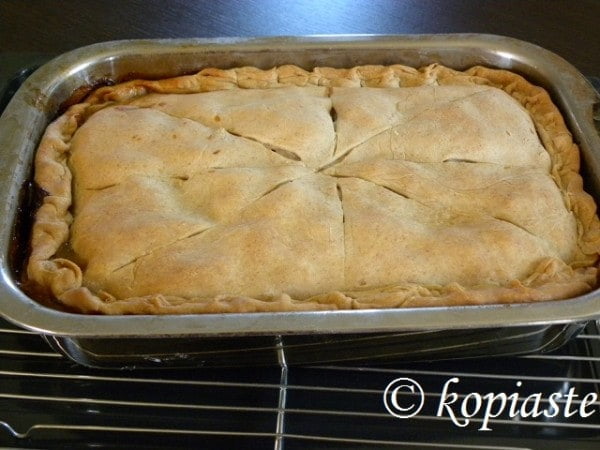 I am still trying to learn how to use my new oven.    At the moment I am experimenting baking with the fan forced option. Although I read somewhere that you don’t need to pre-heat fan forced ovens, I don’t know if this is true but I still preheat mine and I bake at a lower temperature. 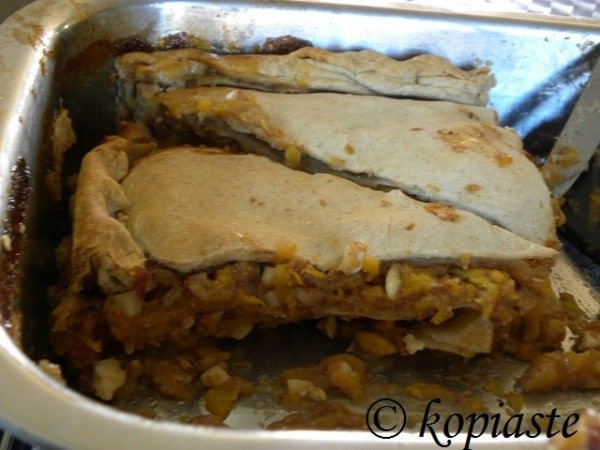 *Note:  You can make your own mixed spices mixture by grinding an equal amount of cinnamon, cloves, allspice, nutmeg and ground ginger. 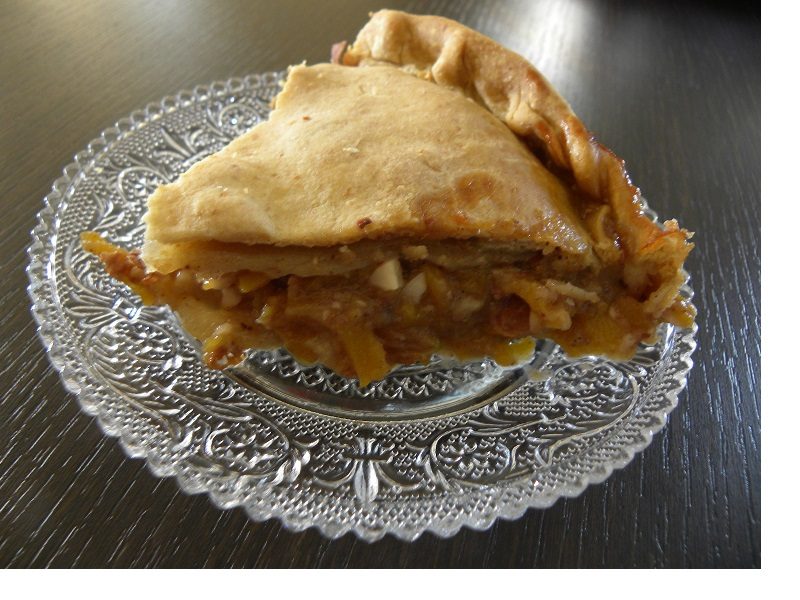 Kolokythokeftedes with Spinach and Potato

I love seeing you baking!! And this pie looks so wonderful and I love finding a new and different recipe for pumpkin pie. I'll have to try this one. (and btw I LOVE my new oven but I still need to bake bread in it)

What a wonderful pie Ivy! I don't do much baking with butternut but I should! It is so much like pumpkin only better - more flavorful.

Wow Ivy, this butternut pie looks delicious, like it with all the spices, raisins and almond in it. It would be perfect with a cup of tea. Have a wonderful week ahead :)