The economic crisis in Greece is making us find new ways to save some money and one of it is  finding creative ways to make good use of our leftovers.

Psomotyri (ψωμοτύρι) in Greek means bread and cheese and Tyropita (τυρόπιτα) is a pie made with cheese.  Psomotyri, used to be a staple food decades ago, as at the time it was food for the poor and in rural Greece, they would take some bread and cheese, some olives and tomatoes when going to the fields to work, so that they could fill their tummies, until it was time to return back home late in the evening and have their dinner.  When the children came back from school and were hungry, cheese and bread was the easiest snack as there was always homemade bread, which the women made once a week and there was cheese or feta, which was preserved in barrels with brine.

Nowadays feta has become very expensive, even for us Greeks as it ranges between 10 – 15 Euros a kilo.  Back then people did not have refrigerators and those who had live stock had to use the milk to make cheese, yoghurt, hilopites (homemade pasta), trahanas, which is fermented milk with wheat, which is dried and then cooked to make soup, desserts such as galaktoboureko or galotopita etc. 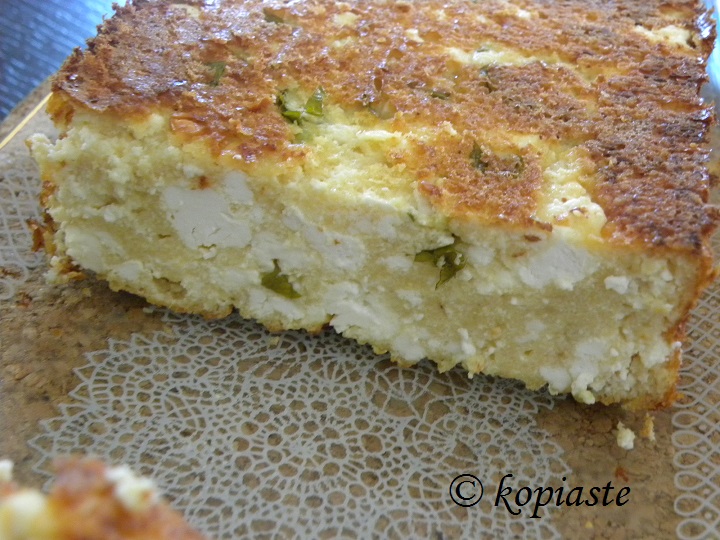 The other day when I found barreled feta from Tripoli sold in our supermarket for only 6 Euros a kilo, I bought enough, for us to eat during the week, to use some in recipes and leftover was stored in zip lock bags in the deep freezer.  I do not recommend that this frozen feta be thawed and eaten raw, as it crumbles easily but it can be stored for a long time and is perfectly good when thawed and used in recipes.

I made this Tyropita, which is quite unique as I used leftover bread, instead of using phyllo or flour to bind the ingredients together.  I already had some breadcrumbs in the freezer, so this cheese cake or bread can be made in no time.  It is not only frugal and easy to make but really delicious and your guests will hardly understand that the main ingredient is leftover bread. 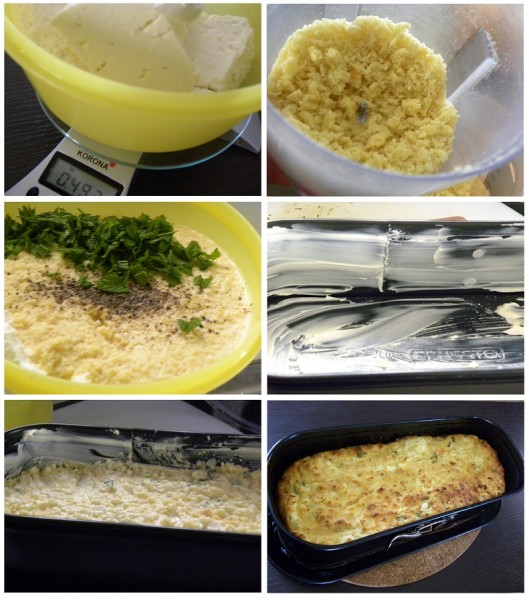 – In this recipe I used evaporated milk, as I was making another recipe and had some leftover, so instead of evaporated milk and water you can use 200 ml of other milk of your choice.

– The ratio of feta and anthotyros (which is a whey cheese, similar to ricotta) can vary or you can even use a combination of other cheeses like graviera or halloumi as well.  Since the above cheeses are salty, anthotyros which is not salty at all, balances the saltiness and makes the cheese bread less salty.

– I have used fresh mint as I have some growing in my garden but dried mint can also be used.

– I did not add any fat (butter or olive oil) in the mixture as feta itself has its own fat.  However, I recommend that you generously grease the pan with butter as this will help to get a lovely, crispy crust on the outside.

– This savoury cheese and bread cake can be served as a snack or as a side dish. 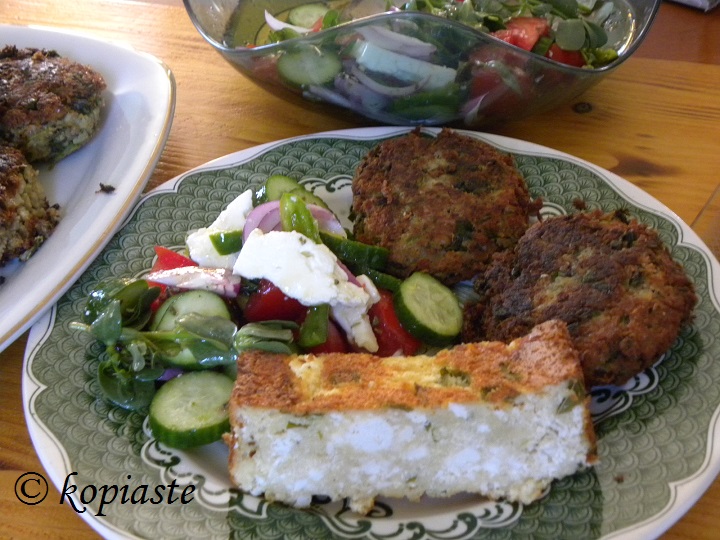 How to make Panko Bread Crumbs:

I used to see Panko bread crumbs used in many American recipes but I did not know what exactly it was until I started working in a restaurant and saw it used.

The difference between Panko bread crumbs and standard bread crumbs is that the bread used is without the crust.  It is slightly toasted (for about 6 – 7 minutes) and then deep freezed to be used in Japanese or other Asian recipes.

As now we are just the two of us, we always have some leftover bread the next day, so I use it either to make toasted bread for breakfast or brunch or shred it in a food processor and put it in the deep freezer.   I then use it as a binding agent when making meatballs (either with minced meat, legumes or vegetables), burgers, to coat meat, such as schnitzel etc., and I also use it even to make desserts, such as bread puddings. 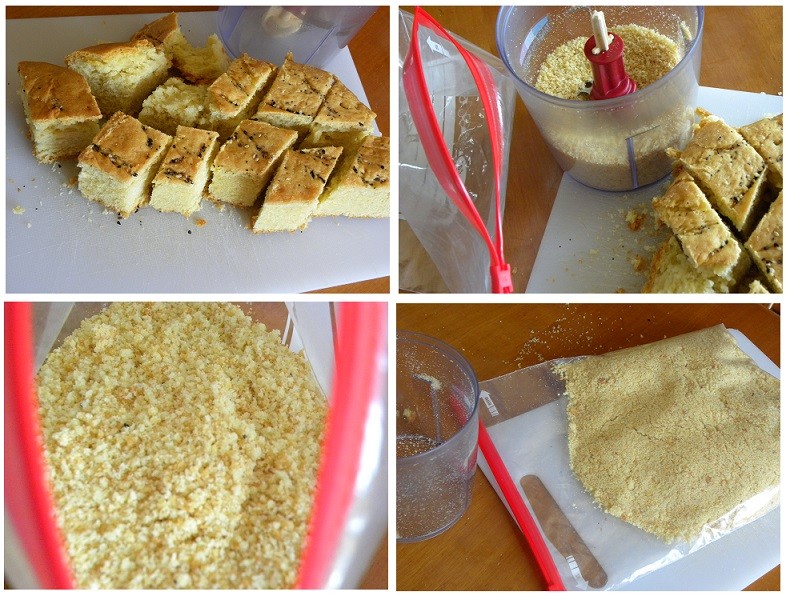 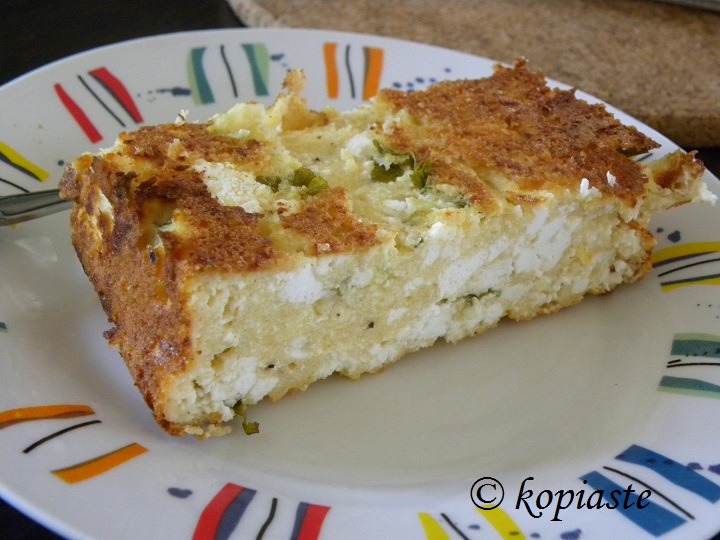 Say Cheese (How to make Halloumi)

Wow that makes me drooling. Love anything with lemons.

Heyya.. I never tried this recipe in kitchen... I tried many cakes but,Tyropita bread and cheese cake is totally unaware recipe to me.. Thanks for sharing its ingredients and mode of preparation..

That's All very delicious , and thank you for your information !!

It must be very tasty with that amount of cheese! The mint here is a nice surprise.