You only need two ingredients to make some delicious, creamy Greek yoghurt.

We are very lucky to have this delicious and velvety yoghurt, the queen of all dairy products, so easily available.

It is nutritious, high in calcium, a good source of protein and does not contain cholesterol.

However, in many parts of the world they don’t have it, but they surely do have milk.

It’s easy to make it so why not give it a try.  The calories will depend on what kind of milk you will be using.

The past few years of blogging I’ve read a lot of posts where bloggers talk about their love for Greek yoghurt.

However, Greek yoghurt is not available everywhere around the world.

I remember reading a post recently, about a daughter and mother living near the Canadian-American borders, respectively.

The daughter would ask her mother to bring her some Greek yoghurt from the States as she could not find it in the town she lived.

That is how good Greek yoghurt is!

That post is what triggered me to attempt and make Greek yoghurt.

I can buy Greek yoghurt any time I like not only at the supermarkets but in Greece you kind find yoghurt in “psilikatzidika” which are also called EVGA., from the oldest dairy company in Greece, which would help these family mini markets, by providing them with professional refrigerators and in their turn they sold their dairy products.

Although EVGA has merged with other companies and has kept only the ice cream sector, these mini markets are still known with this name, although now they are sponsored by other dairy companies such as DELTA, FAGE, AGNO, and usually operate from 6 – 7 a.m. till midnight, selling as well newspapers and magazines, bus tickets, candies, as well a small variety of other products, in case you need something during the hours when the supermarkets are closed.

I remember my mother used to make yoghurt but never asked how she made it so I just made a quick google search.

I found a recipe in Greek saying that they used FAGE Total yoghurt.

I made it but the yoghurt did not set and it was more like a cream than a yoghurt, although it tasted great.

I did not give up.

This time I made a more thorough search and read carefully all the details.

You just need any kind of milk, low fat or full fat and yoghurt with live cultures.  You can use any milk you like, even soy milk.

I used Becel Proactive milk 0% fat, which is the one I drink every day as it helps lower your total and LDL cholesterol, so this milk makes a very healthy yoghurt.

However, you cannot make yoghurt with just any yoghurt as a starter.  You have to use a yoghurt with live cultures.

All the sites I read in English,  used a thermometre which unfortunately we don’t use in Greece and I am sure in many other countries as well.

My mother never used a thermometre to make yoghurt and all those shepherds who have been making yoghurt the past 4.500 years never used thermometres.

I remember what she did was to heat the milk and let it become lukewarm.  She would test it with her little pinky finger and if she could tolerate the heat counting to five then the temperature was right!!

As simple as that.

When the yoghurt is ready you may notice that it is thinner than the typical store bought yoghurt.

If you want to make Greek yoghurt, you will have to strain all the water out.

You can line a colander with muslin,  cheesecloth or a clean linen kitchen towel or a thick strong paper towel.

Make sure that the paper towel will not fall apart when it is wet.  Put the colander in a bowl where there will be some space below for the water to drain.

Place in the refrigerator until it reaches a thick consistency.

I found an easier way to strain my yoghurt.  I used coffee filters which I put into V shaped cups so that the filter will not fall inside.

The time needed for the yoghurt to be ready is about six hours during the summer and seven to eight hours during winter.

Cover your bowl with a lid and then cover with a towel to keep it warm.

You can eat Greek yoghurt as it is, mixed with a juicy fruit or add honey, pecans, pistachios and cherry spoon sweet with syrup as I did in the picture below, or only with honey, with fresh fruit, or with any other kind of spoon sweets.

You can use it to make other desserts, to marinate meat, in pasta dishes or use it to make tzatziki, as a substitute for sour cream and in so many other ways.

Don’t forget to save some of your yoghurt to use it as a starter the next time.  You can freeze it and use it whenever you like.

Don’t forget to save some of your yoghurt to use it as a starter the next time.  You can freeze it and use it whenever you like. 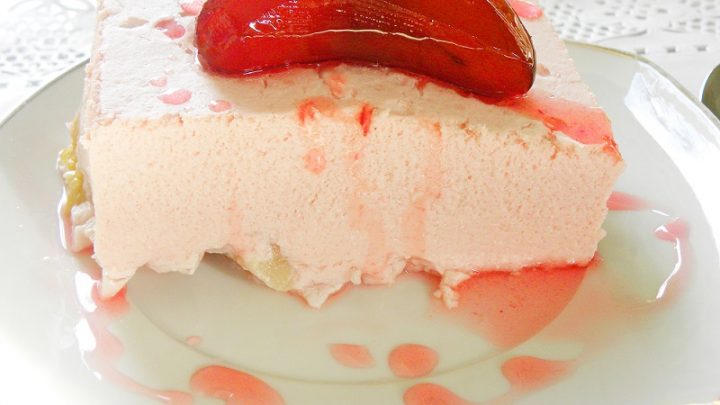 Delicious and velvety Greek Yoghurt was combined with whipped cream and pomegranate juice to make this mousse with a very light and airy texture. 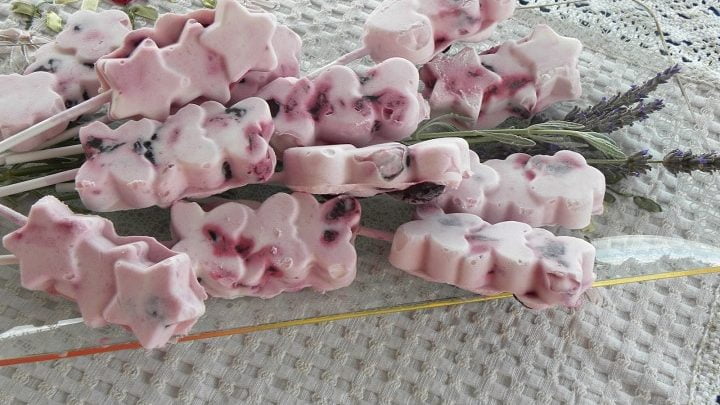 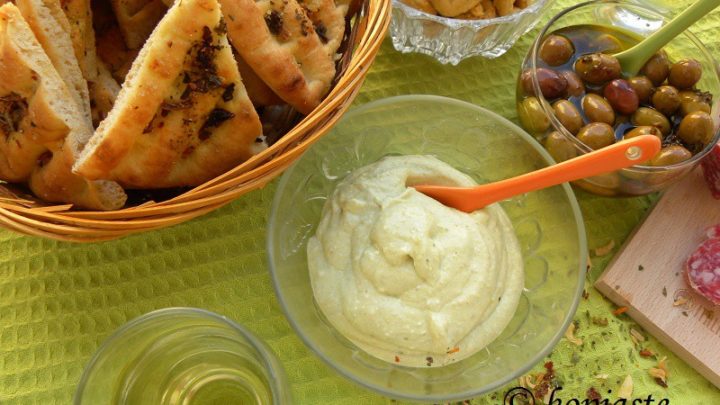 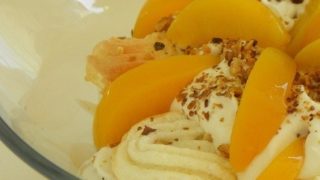 Peach Pavlova with Yoghurt and Honey 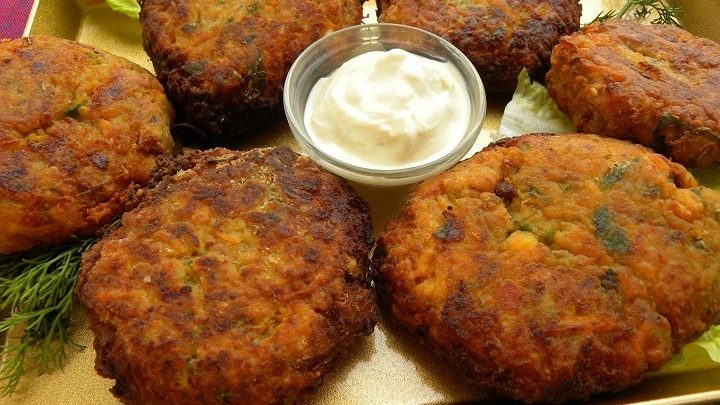 These Vegetable Fritters are made with zucchini, carrots, and potato. They are great for lunch or as an appetizer and you will not be able to stop at one! 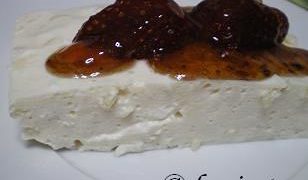 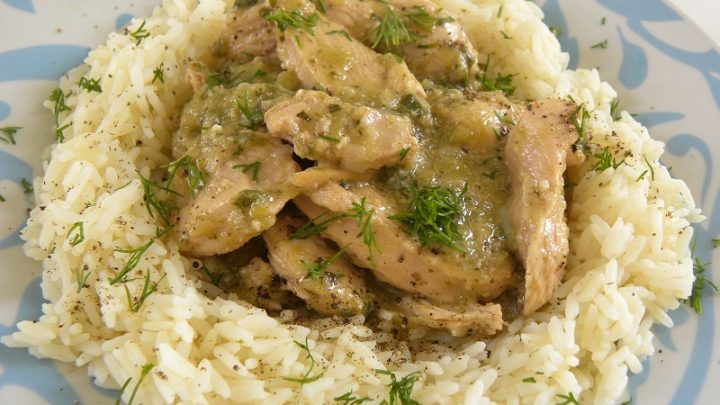 Chicken with Leeks is a very simple but delicious and light dish which can be whipped up in no time made with Greek yoghurt and pesto which makes a very creamy sauce. 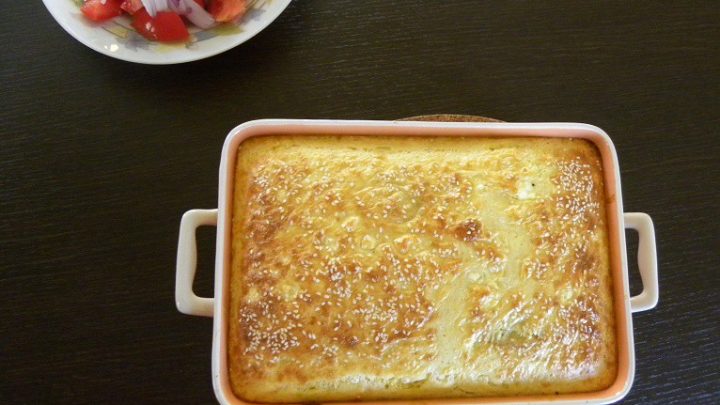 Chaniotiko Boureki is a casserole dish with potatoes and zucchini which originates from the island of Crete. 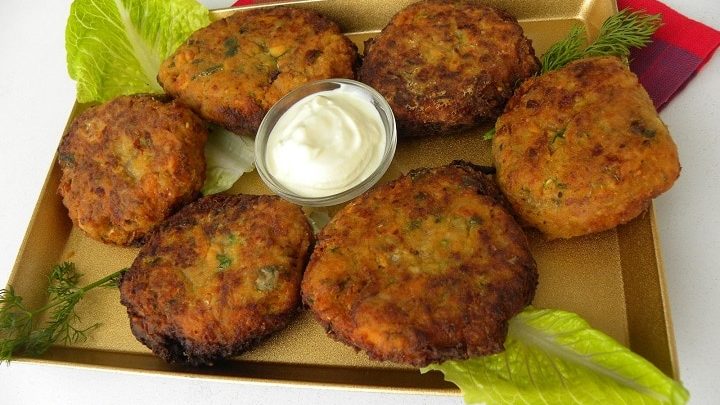 thanks for recipe, I am gonna give it a try and let's see how it comes out:)

I did come to know about the many health benefits of yogurt recently and I shared the information with my readers so that more people could learn about it. Ever since I learnt about Greek yogurt (It is unheard of in India- where I live), I have been wanting to make some at home. More so because it is not available at any supermarkets here. Thanks for sharing the simple method. I'll surely try that out and get back to you with the results. We, in India, dip our finger in milk to see if the temperature is just right for curdling even for making yogurt. No thermometers et al. I am sure I'll be able to get it just right. :) Lovely share.

Ambika, thank you for visiting. I am sure you will get it right, only make sure the yoghurt you use has live cultures.

Another great recipe of one of the best Greek dishes! :) Mine is a little bit different: Greek yogurt recipe. I'd be glad to hear your opinion on it.

Using cheesecloth to strain the yogurt works best, but don't leave it too long or it gets too thick. Recipe worked great for me setting my wrapped bowl over a crock pot on warm. Thanks!

it looks great.. and it seems like to Turkish Haydari.. its very very delicious..