Trahanas (pronounced trah-hah-NAHS), is fermented ewes or goat milk and cracked wheat flour, which is formed into oval patties and dried. It is used to make a comforting soup with the same name.

It is known throughout Greece and Cyprus, especially in the regions where they breed livestock.

Throughout both countries, we will find different types of trahanas, which we will further explore.

The Cypriot trahanas, is made  from cracked wheat flour and ewe’s or goat milk curd that is fermented.

It is then formed into small oval patties using a special tool called “kanni”, which is made from cane.

It is then sun-dried and used during winter to make soup, called trahanosoupa.

As the milk is fermented, it has a sourish taste.

How it is made in Cyprus

In Cyprus they make trahanas by using ewe’s or goat milk which is prepared by pouring it into large earthenware containers or churns and leaving it to turn sour while turning it into a clean churn every day for about a week.

On the last day, it is put on to boil with wheat and salt.

Then it is allowed to set and cool and soup can be made with trahanas, fresh as it is.

When we were children we loved to eat it, before it was cooked. In the picture below you can see the fresh trahanas.

In order to preserve it for the winter, it is then shaped, and spread onto traditional shallow baskets, called tsestos or on long trestle tables or on clean sheets and left in the sun to dry.

The number of days depends on how hot the sun is. Then trahanas is stored and is used until the following year.

From experience I must say that the best way to store the dried trahanas is in the refrigerator, otherwise if left outside the fridge after a long time you might get some tiny worms called “appitouria” in it.

When Trahanas is boiled just as it is, it is served very hot with salt, pepper and lemon juice. Alternatively it may be boiled in chicken or vegetable stock, with fresh tomato (this is regional) and halloumi, which makes it much tastier and creamy.

This tasty and nutritious soup is preferred by most of the Cypriots as a comfort dish but lots of years ago when they used to get up at dawn to go to their works they used to have it for breakfast.

Trahanas soup is a light, nutritious and a hearty dish, which makes it ideal for a light supper or after coming home at dawn after a night’s drinking out and having an upset stomach, or after recuperating from an illness.

In many parts of Greece, trahanas is usually made with flour or durum wheat or bulgur wheat and milk.

Then they usually sieve it into tiny pellets and dried.  In Crete and the islands of the Aegean, it is called “ksinohontros”and it is much similar to the Cypriot one.

In Greece there are two kinds of trahanas, sour and sweet trahanas and apart from making soups they also use it in pies, “pites” to absorb the fluids or in pies or stews, as a thickener.

I don’t cook soup very often as the winters in Southern Greece, where we live, are quite mild and cook some , maybe three of four times during the whole winter.

On the rare occasions that it gets very cold and I want to make soup, there are so many different soups to chose from.  I don’t know which one to choose from as I like them all.

Chicken Avgolemono soup is one of our favourite ones, but I also make Trahanas with  chicken and vegetables, which is a twist to the traditional trahanas soup, giouvarlakia,  Vegetable soup or kreatosoupa (meat soup with beef and vegetables) or psarosoupa same as kreatosoupa.

They are all so good but we hardly make each one, more than once a year.

The weather was very mild this year and until last week the temperatures were high, around 22 – 23 degrees C so this was another reason not to make soup.

The temperature has now dropped suddenly around 15 degrees and what better than a nice bowl of hot soup. 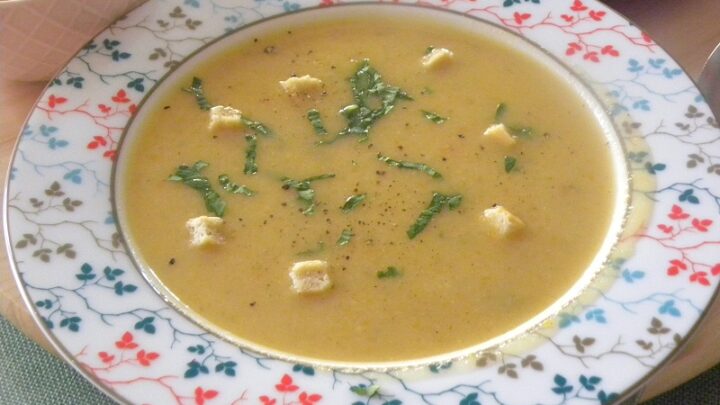 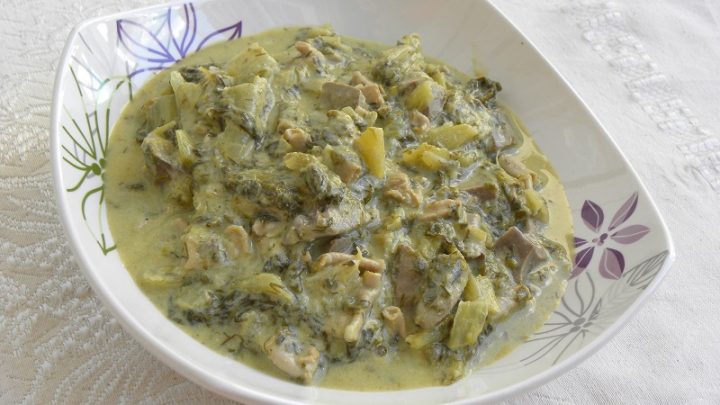 Magiritsa is the Greek soup, made from lamb offal, lettuce and avgolemono sauce and the first meal served after the 40 days fasting of Lent. 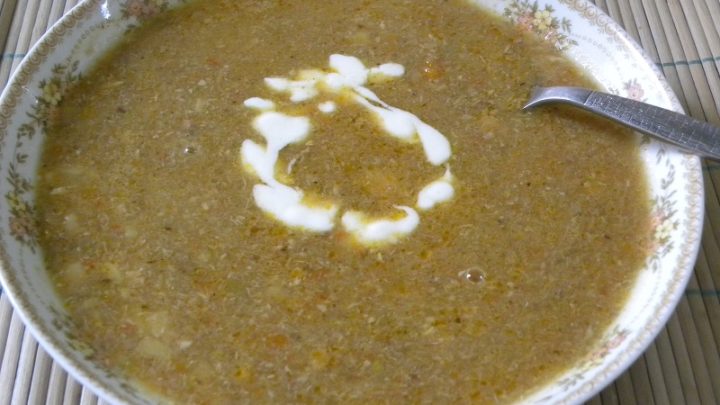 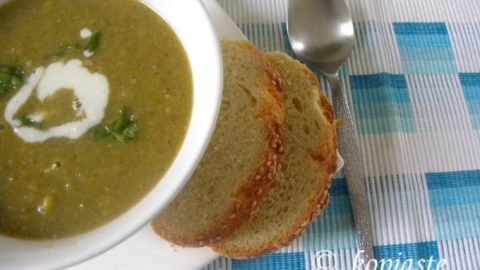 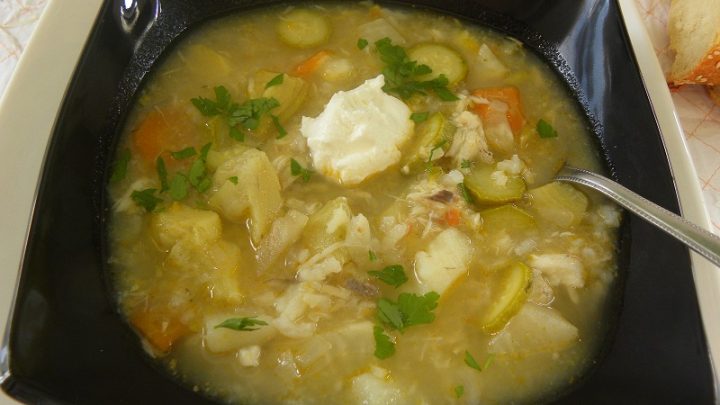 Anginarosoupa, is a healthy and delicious Artichoke and Celeriac soup made from fresh artichokes, onions, garlic, celery and many other vegetable. The fish and Greek yoghurt are optional, so if you leave them out the dish is vegan. 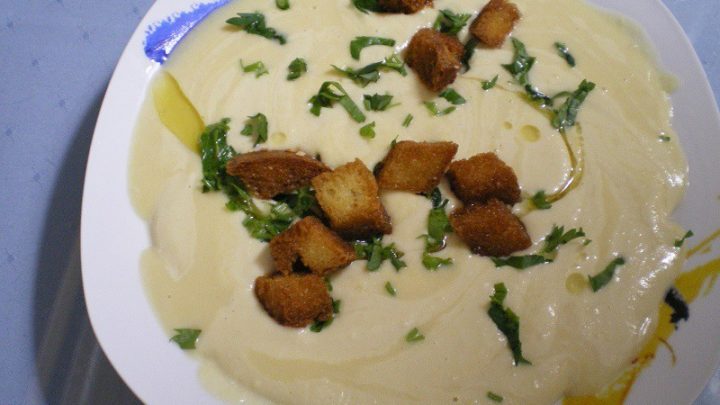 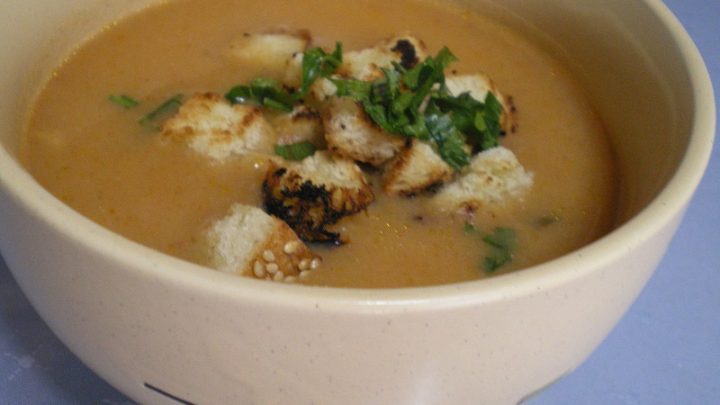 The Bing Bang soup, as I call it, is a hearty veloute vegetable soup with star shaped pasta, which can be adapted with more vegetables. 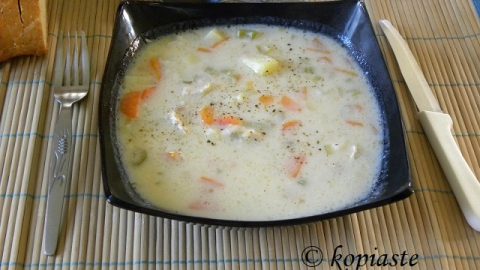 Why is chicken soup good when you have a cold?

This recipe I made is not the classic Avgolemono Soup as I have enriched it with more vitamins and nutrients by adding some carrots, celery, a potato and an onion. 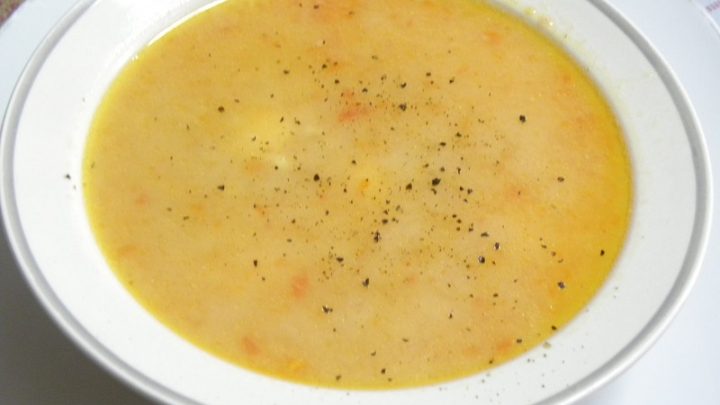 Trahanas (pronounced trah-hah-NAHS), is a traditional Greek and Cypriot product, made  from cracked wheat flour and a goat milk curd that is fermented. 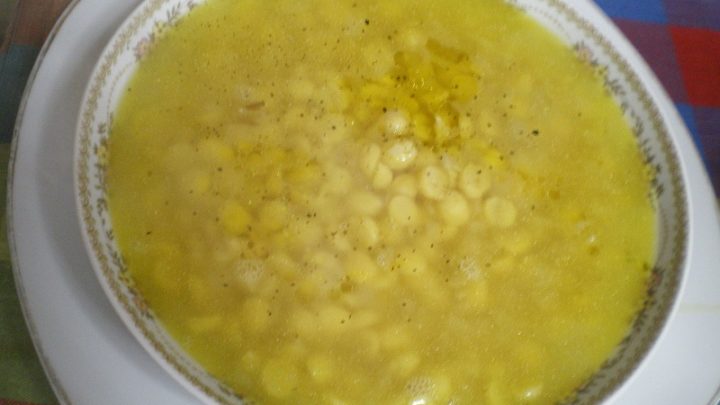 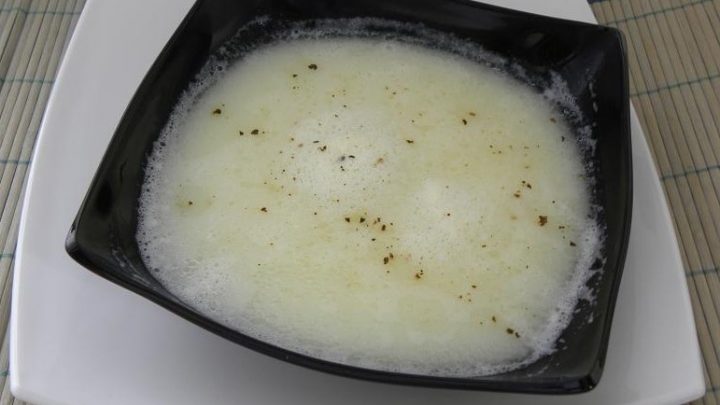 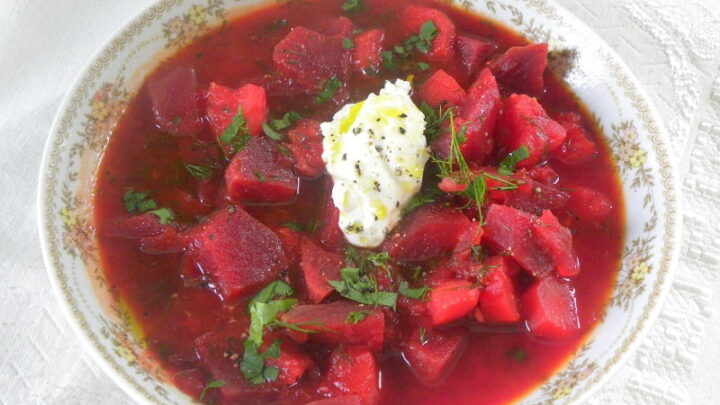 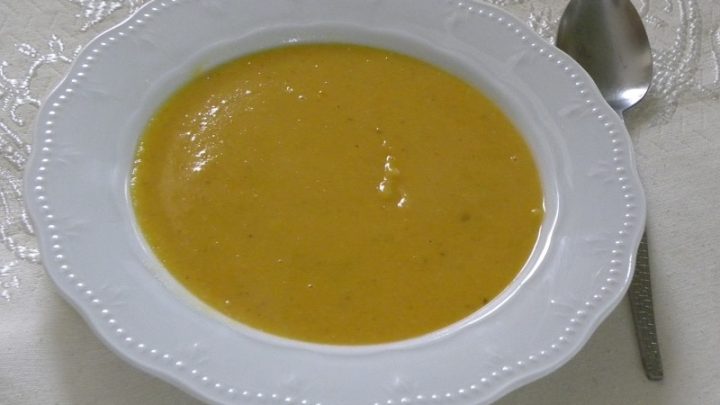 This Greek Pumpkin and Fava Soup is made from scratch and is healthy, filling and perfect as a starter for a dinner party or a light supper. 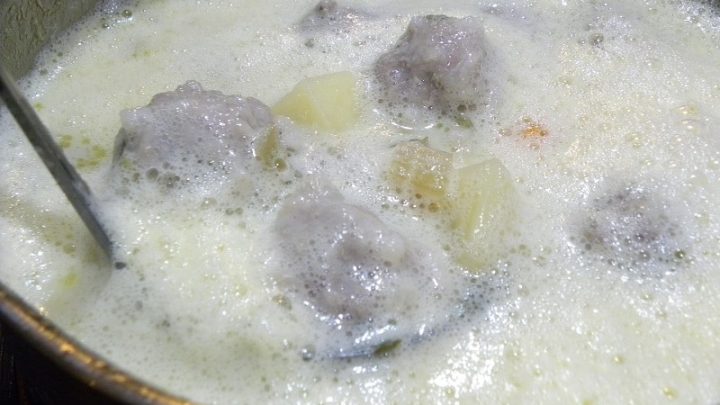 A different recipe for Giouvarlakia avgolemono, which start with a mirepoix and then the meatballs are cooked with the vegetables and finish with the egg-lemon (avgolemono) sauce. 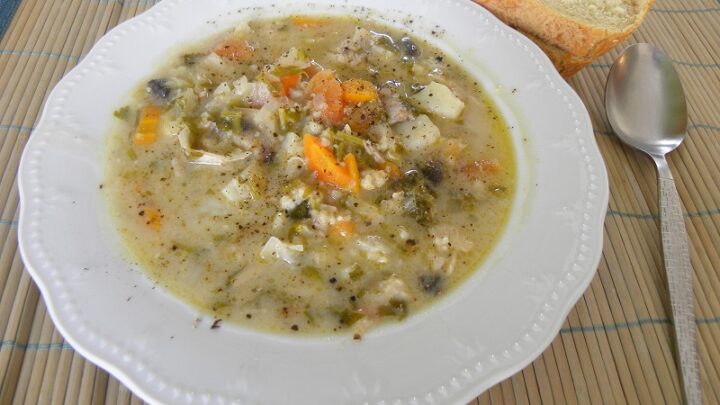 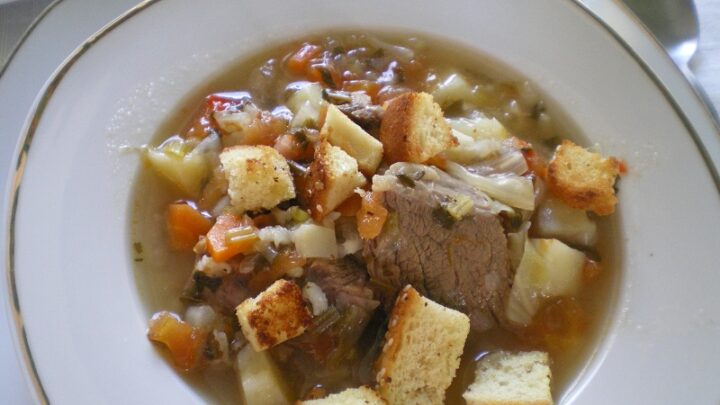 Kreatosoupa is a Greek soup made with veal and lots of vegetables. I also call this soup clean up your fridge soup, as you can use any or all optional vegetables in the recipe.

That soup looks good! I have been wanting to try trahanas. I will have to look for it again.

Interesting post and a great looking soup. Thanks for sending it along to Souper Sundays--nice to have you back this week!

Ivy, I don't eat traxana all that often but your soup is the most appetizing that I have seen. In the winters, it's one soup a week here...love them!

I love to make soups during the winter season! This looks so nice and I love the addition of haloumi!

I am not a big fan for the soups...well, but this soup looks so tempting .