Peinirli, pronounced Paey-Neer-LEE (peynir, Turkish for cheese) is a kind of an open faced pita (or you can even describe it as a pizza shaped gondola) with kasseri cheese, often topped with other ingredients as well.

“Peinirli” were introduced to Greece by the Greek Pontians, who lived near the Black Sea for millennia.

During the First World War, they were persecuted by the Turks, resulting in the Pontian genocide.

Those who survived managed to take refuge in Russia and after the war, those who were still there, came to Greece after the treaty of Lausanne (24th July, 1923) determined the exchange of the various peoples concerned.

These snacks are sold in restaurants which specialize in peinirli but you can also find them in some takeaway pastry stores which also sell tyropita, spanakopita etc.

The recipe is adapted from my cookbook “More Than A Greek Salad“.

What Dough is suitable to make Peinirli?

The yeasted dough is similar to that of pizza but it is made with milk instead of water. Instead of olive oil you can add butter or shortening to the dough.

You can also make them with regular pizza dough (see video) and top it with other kind of cheese suitable for pizza.

Pizza dough is usually very thin and crispy whereas peinirli dough is thicker and softer.

What cheeses are suitable to make Peinirli?

You can make peinirli with just kasseri, which melts while still warm and you can cut the bread and dip it in the melting cheese.

Apart from Kasseri, other Greek cheese which I like to use is Graviera or Kefalograviera.

If you cannot find any of these cheeses where you live, try it with other melting cheese such as mozzarella or provolone or a mixture of mozzarella, Monterey Jack and white cheddar in equal proportions. You can also add feta, gouda, halloumi, goat’s cheese, etc.

What toppings can I use?

Most popular toppings are ham, bacon, minced meat and pastourmas.

However, nowadays you can buy peinirli topped with prosciutto, chicken, smoked turkey, sausage, feta with tomato, mushrooms, peppers, pesto on top of its base before adding any other ingredient or with an egg on top.

Shaping Peinirli into a boat

After making the dough, add a tablespoon of olive oil to wet the dough, cover with cling film and a kitchen towel and let it rise.

Flour your working surface and knead the dough a couple of times to deflate.

Form the dough into a long cylinder shaped dough and cut it into six equal parts (about 140 grams each).

This will make 6 large ones, each being enough for a meal on its own. However, if you want to make some smaller ones as snacks or as finger food for parties, you can divide the dough in many pieces to make them as small as you like.

Form six balls which then flatten into six discs.

Roll out the dough into a rectangular shape, flouring your working surface and the dough regularly, until it reaches about 1/2 cm thick (or 26 cm x 22 cm).

I prefer the second method.

To do this, you have to create a ridge by folding the bigger edge two or three times. Then you fold the edges until both ends meet and join them together by pressing them.

Once shaped, then you can add more ingredients on top.

Put them on a baking tray lined with parchment paper and cover them with a kitchen towel and let them rise again.

How long does it take to bake them?

When they rise, brush the dough with melted ewe’s butter. If you don’t have ewe’s butter brush them with olive oil or clarified butter.

Preheat your oven to 200oC. If you have a fan forced oven, then preheat the oven to 180oC.

Place the baking tin in the centre of the oven and bake for 12-15 minutes until the dough is golden and cooked at the bottom.

If you are adding an egg, after the 12 minutes, make space in the centre of the cheese, with a spoon and add the egg. Bake for 3 more minutes. 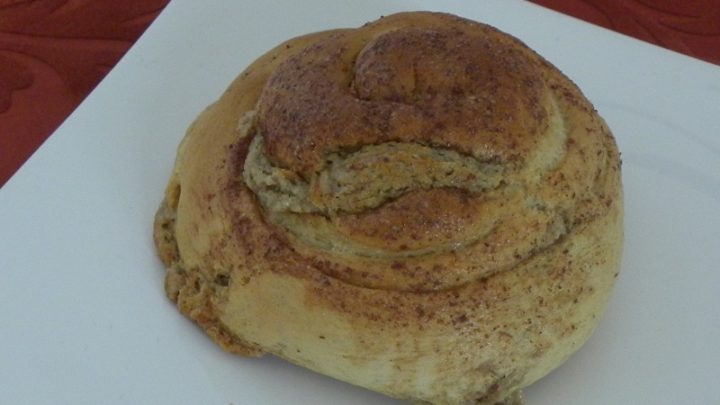 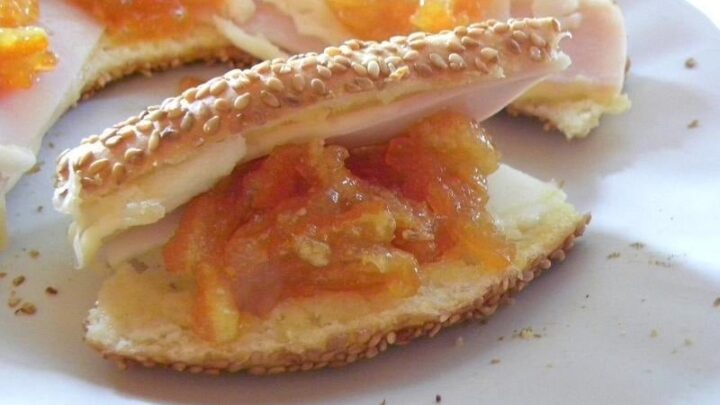 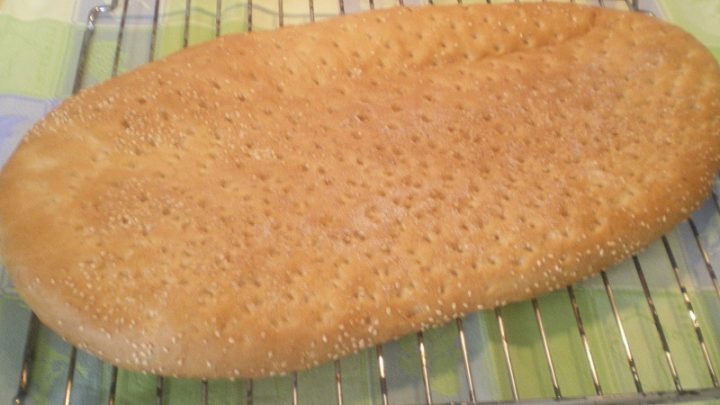 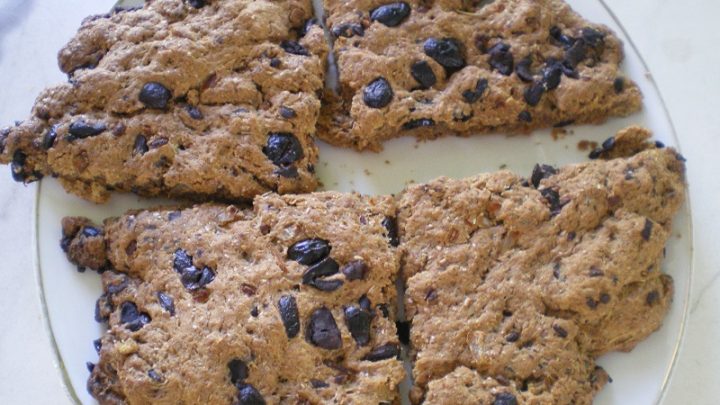 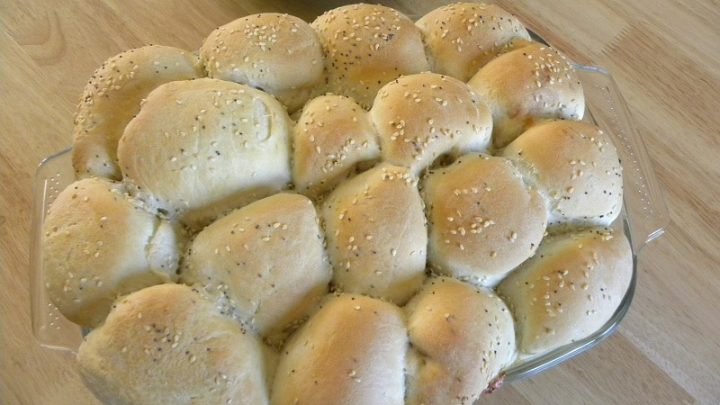 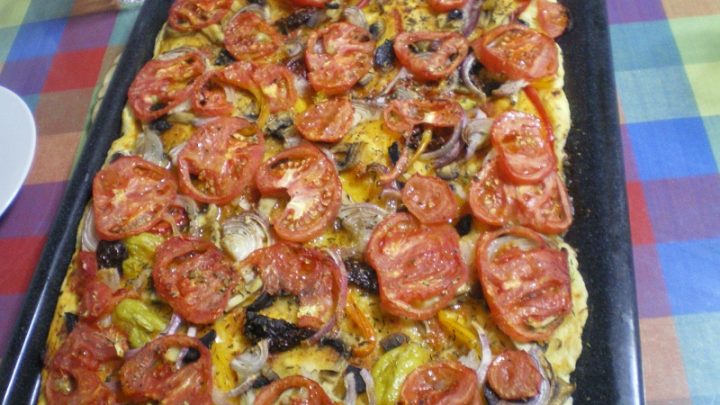 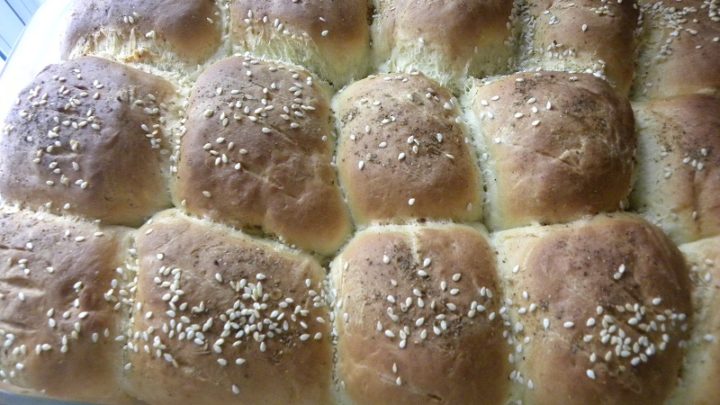