Kaloirka is a traditional Cypriot recipe, which is a pasta dish filled with minced veal or beef, similar to tortellini.

I presume that they may be a remnant from the Venetian rule on the island!!

They take their name from the word “kalogeros” (“kaloiros” in the Cypriot dialect), which means monk, as their shape resembles a hat worn by Greek monks.

This was the first time I made tortellini with ground meat.

I usually make ravioli with a cheese filling but it was something I wanted to make for a long time now, as I remember my mother making them for us.

You can make kaloirka two ways, as follows:

The first one is the traditional way, which is rather time consuming.

Cut round pieces of dough, using a round cookie cutter (9 cm – 3 inches diametre), add a tsp of meat filling on one side and fold to form a semi-circle.

Brush the cut circle with water and add 1 teaspoon of the meat mixture into the center.

Fold the edge closest to you over the filling to meet the other side, press to seal the edge.

Boil the pasta in chick stock. 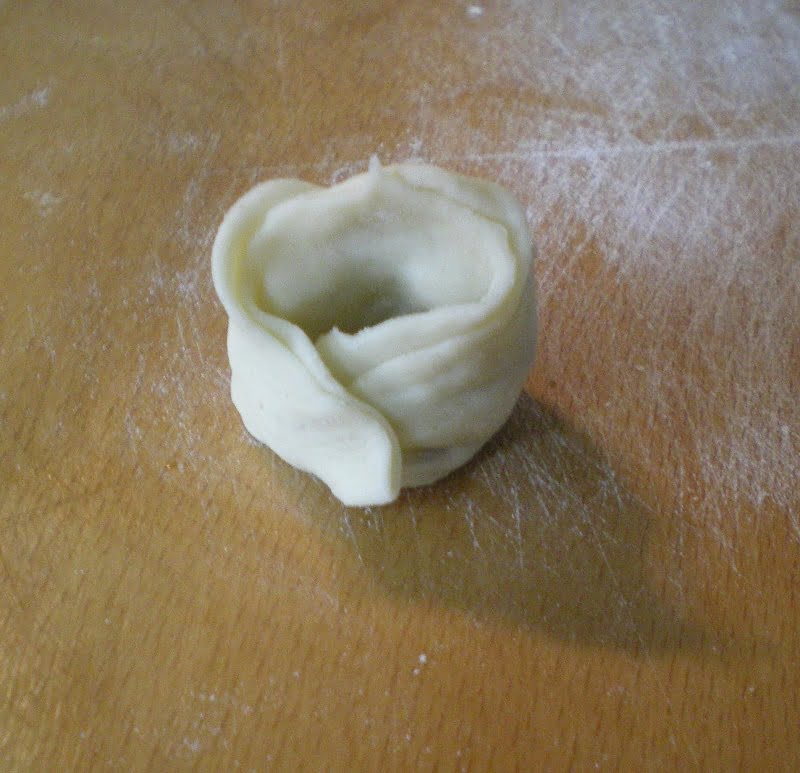 The other way is much easier.

You can make them following the same procedure as the Cheese Ravioli. 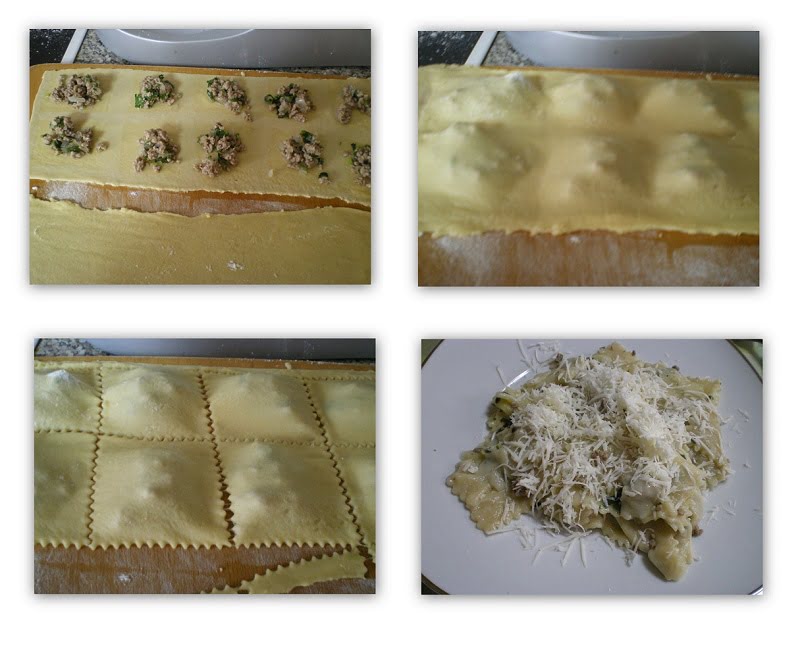 Can I make the pasta ahead?

You can make kaloirka ahead and freeze them.

Put them on a tray with cling film between each layer. When they have frozen, remove into zip lock bags, to save space in deep freezer.

Cook them as they are, in chicken broth, without defrosting them.

Serve them with lots of halloumi on top. 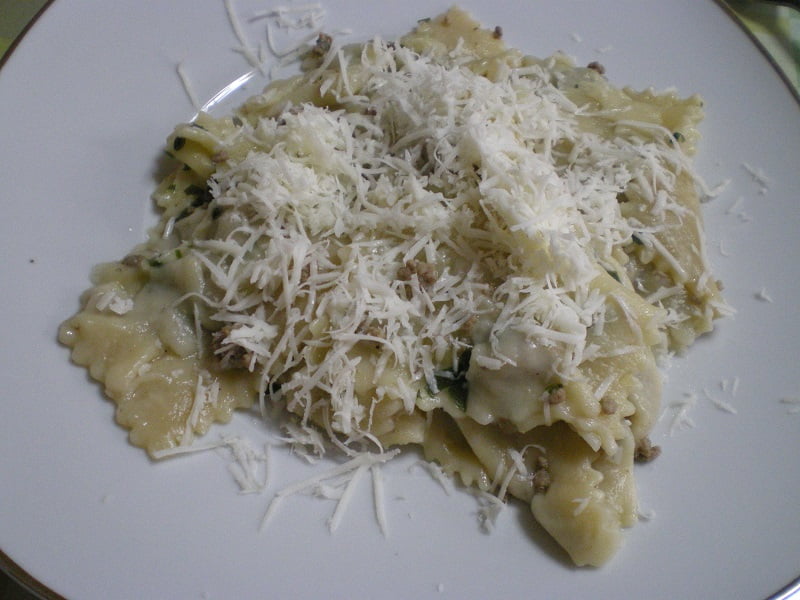 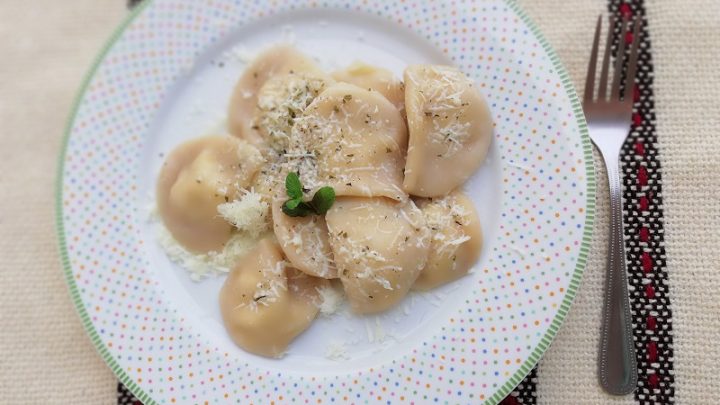 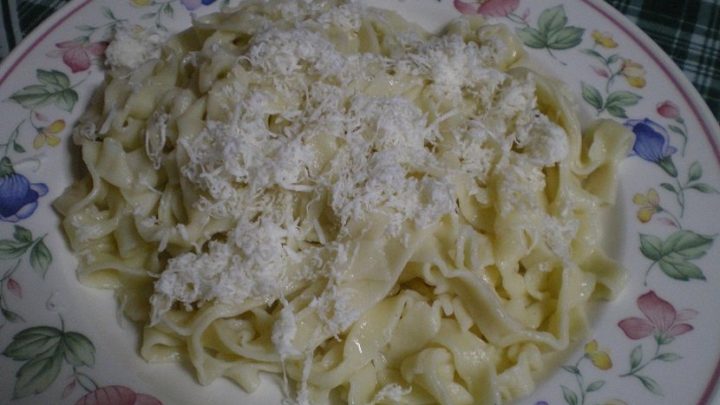 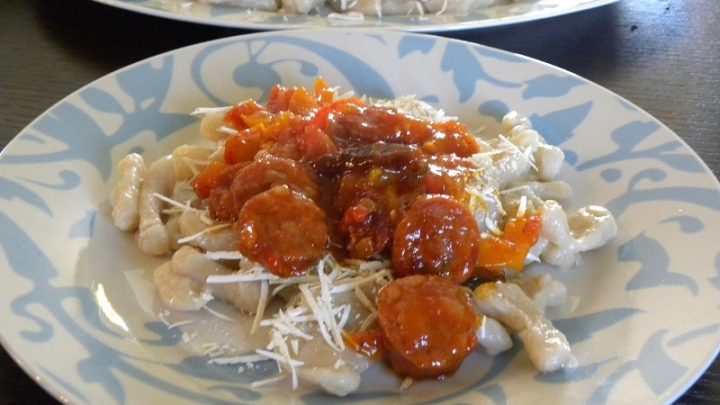 Gogges, sometimes also called Goggizes, is the name of a Greek pasta and a traditional dish with the same name, from the Peloponnese. This dish is found in Argolida, where I live but also in many other parts of the Peloponnese, where Arvanites live. 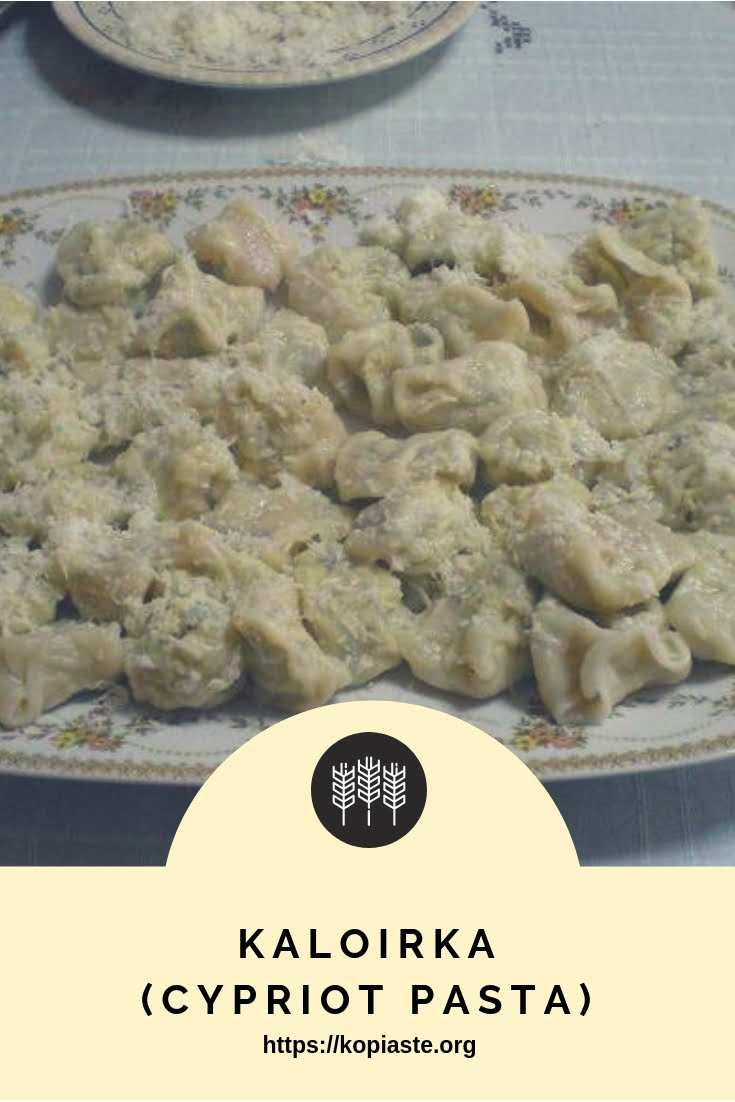 They do look wonderful. Thanks for sharing with PResto pasta Nights. What's on tap for next week?

This looks delish Ivy. I have never tried making my own pasta, but really want to try in the future.

Delicious work! Its been a while since I made ravioli. For me, it was a somewhat frustrating experience, but then again, it was also one of my first home-made pasta dough experience (which probably wasn't a good idea). But you've inspired me to get back to it!

Hi Ivy, I have never tried this, but it looks great!!!

Great tutorial, ravioli is great and I would love to try some of yours.