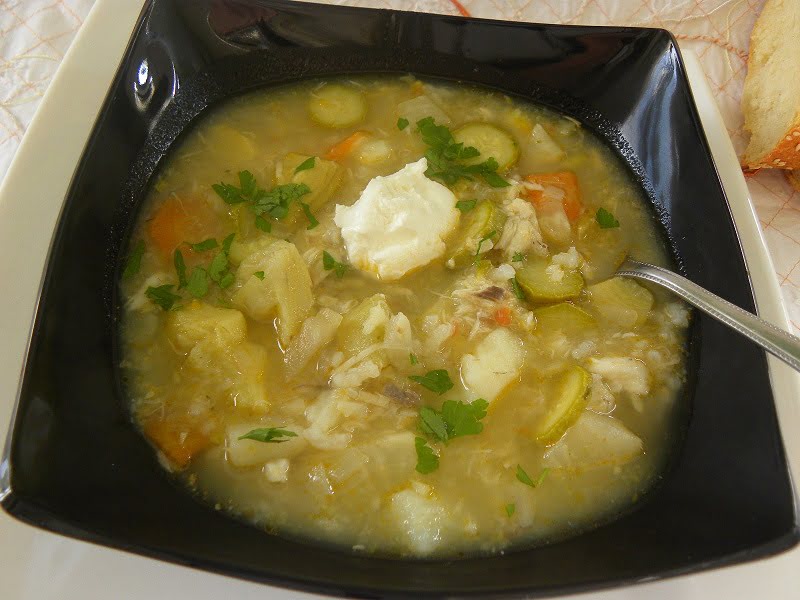 Anginarosoupa, is a healthy and delicious Artichoke and Celeriac soup made from fresh artichokes, onions, garlic, celery and many other vegetable.

The fish and Greek yoghurt are optional, so if you leave them out the dish is vegan. 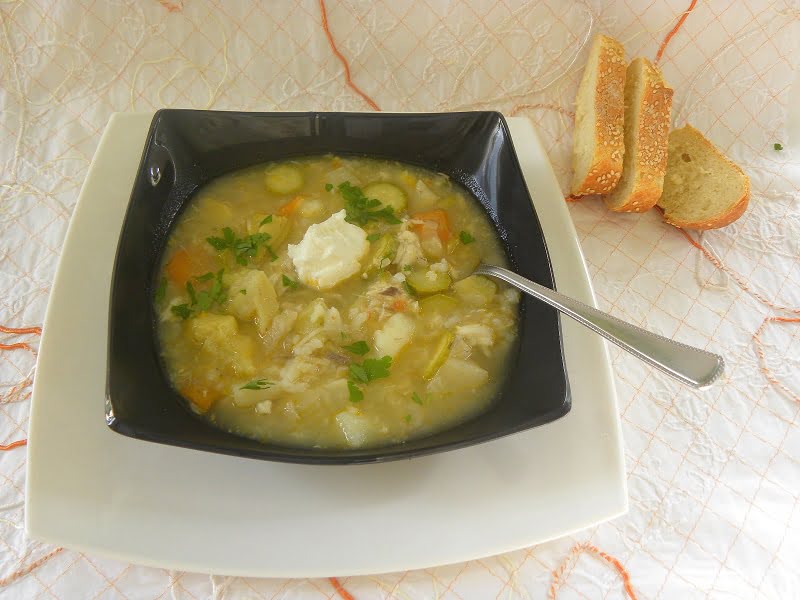 This year was so cold that I cannot remember any other year making so many soups.

Except for hortosoupa all the remaining are not allowed in a gallbladder diet.

After seeing the list of what my husband could eat, when I went to “Laiki” ,  our Farmers’ Market on Tuesday, I bought some artichokes, celeriac, courgettes, carrots, beetroots, potatoes, red onions, parsely, dill, lemons,  tomatoes, cucumbers, lettuce, apples, pears, kiwis and oranges.

Vegetable soups would surely be included in his menu and  this week only, I made two new soups. 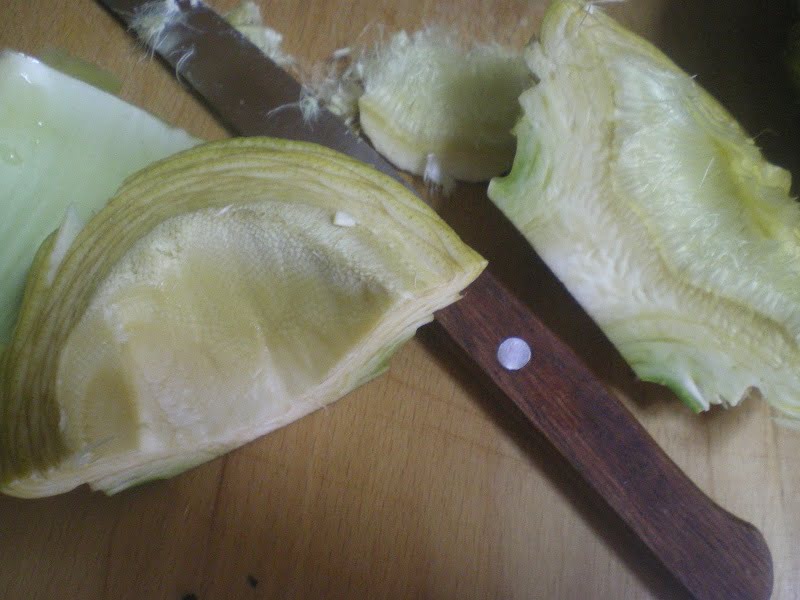 Celeriac is a root vegetable, which I have used before but never posted about it yet.

The most common Greek dish is Chirino me Selinoriza (Pork with Celeriac).

As I said in previous post I read a lot of articles about certain vegetables which should be added to a Gallbladder Diet and artichokes, celeriac and beetroots were among them. 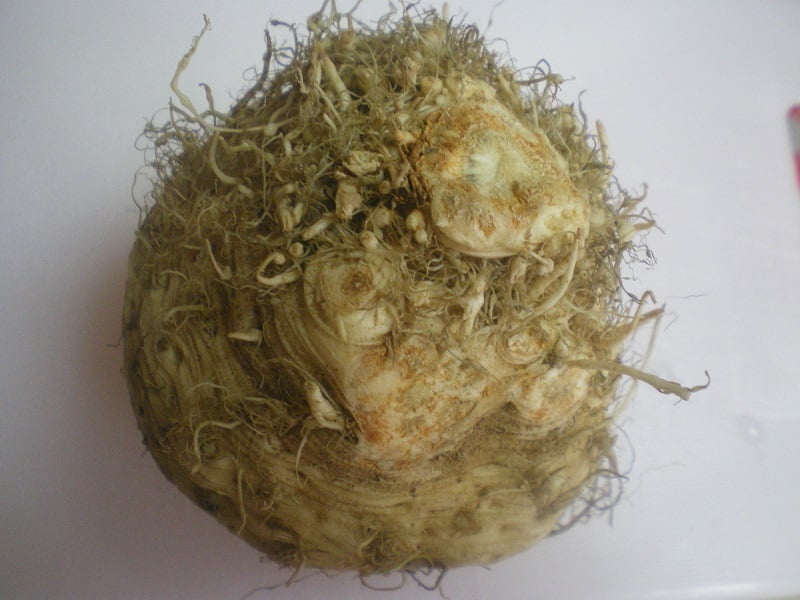 If you have never cleaned a celeriac root before you can see it in a previous post of mine.

Celeriac contains no cholesterol or fat and provides an excellent source of dietary fiber.

Because of its taste and consistency, it is also a flavorful additional to meals that require lower calories or certain dietary restrictions.

The same applies for artichokes as well, so I decided to combine them, leaving the beetroots for another recipe.

The first soup I made is one is my own creation.

The main ingredients I used were artichokes and celeriac but I did enrich it buy adding some more ingredients as well.

The celeriac was quite big so I used only half of it and wrapped the other in cling film to be used in another recipe.

In order to make a soup more filling I usually add some rice or tiny pasta (without eggs) called astraki (star shaped) or peponaki (resembling the seeds of melon).

I asked my husband what he preferred and he chose rice.

My husband doesn’t like pureed soups, so when the soup was almost ready and before adding the rice I added some of the boiled potato, courgette and carrots in a food processor together with some extra water about 1/2 cup and mashed it and put it back in the pot to make it more creamy but still having chunks of all the vegetables.

The previous day I made some Baked Fish for him and there was some leftover.  It was quite a lot, so I removed the skin and all the bones and added it to the soup together with the rice.

This is optional but I made good use of it as it is a pity to waste anything.

However, if you do not have leftover cooked fish, you can add raw filleted and boneless fish to cook with the rice.

Although this soup did not contain any spices but merely just a little bit of salt, I must say that this soup was delicious and he loved it.

Personally I had two plates and believe me I wanted more.  If you love artichokes you must try this soup.

The celeriac has a subtle, celery-like flavour, with nutty overtones which matched perfectly with the sweet artichokes.

The dish is vegan and the addition of Greek yoghurt and fish which are mentioned in the recipe are optional.

Although the Greek yoghurt was only 2% fat and a teaspoon in his soup would not matter, this is again something my husband does not like adding in his soups.

I added some in mine with some grated black pepper on top and it was one of the best soups I ever ate. 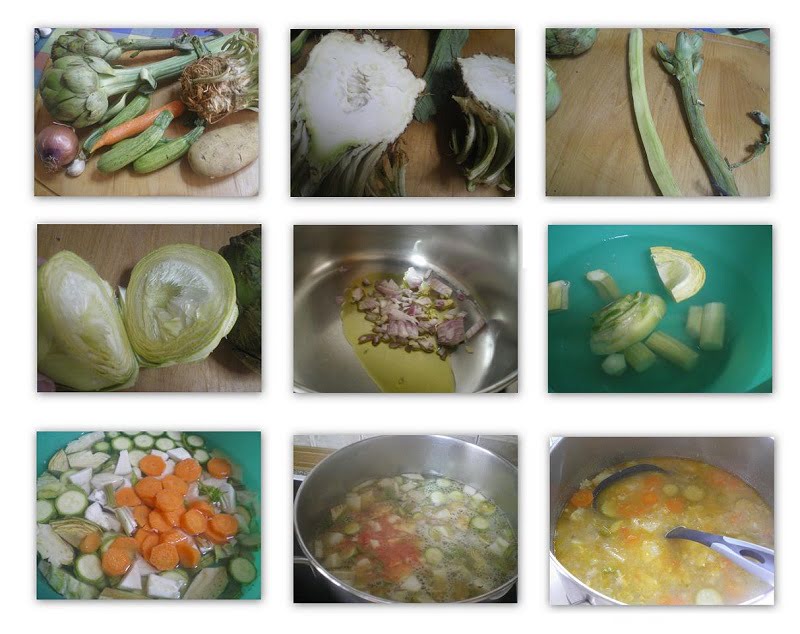 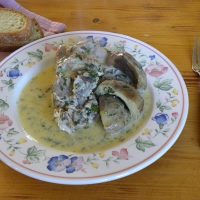 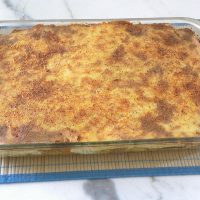 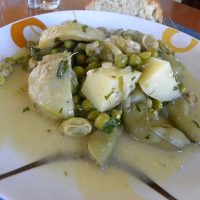 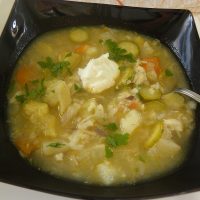 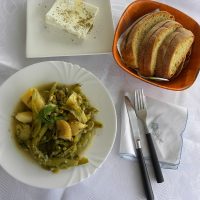 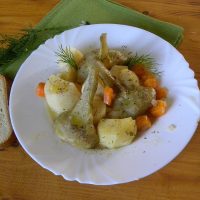 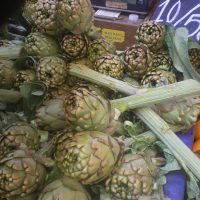 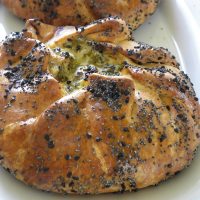 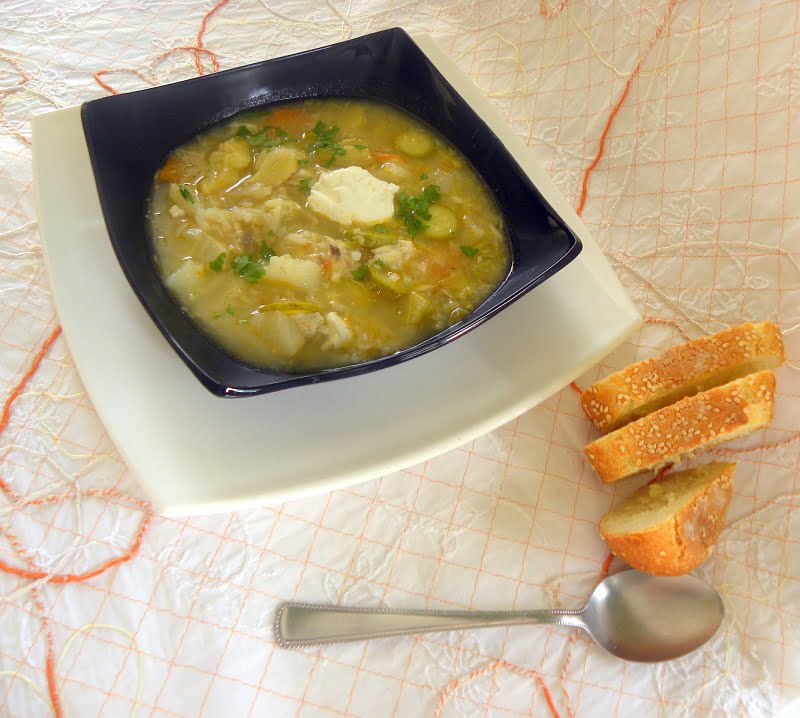 Disclaimer:   I’m not a doctor, I’m not a surgeon and I’m not a dietician.  Each person may have different symptoms, so please consult your doctor before following this diet.

Add the 6 cups of water in a large bowl and squeeze half a lemon.  Peel and wash the vegetables and leave the vegetables which oxidize (artichokes, celeriac and potato) last.

See how to clean celeriac here.

Cut all the vegetables in small pieces.

Heat the olive oil in a large pot. Over medium-low heat, sauté the onions, and garlic for 5 minutes, stirring occasionally, until translucent.

In a food processor add some of the boiled vegetables together with half cup cold water and purée. Return to the pot and add the rice and fish and cook for twenty  more minutes, mixing every now and then.

When ready to serve, heat the soup and mix in one teaspoon Greek yoghurt for each plate of soup and a sprinkle of parsley.

For those not on a diet some freshly grated black pepper on top is a wonderful addition.

The fish and Greek yoghurt are optional, so if you leave them out the dish is vegan. 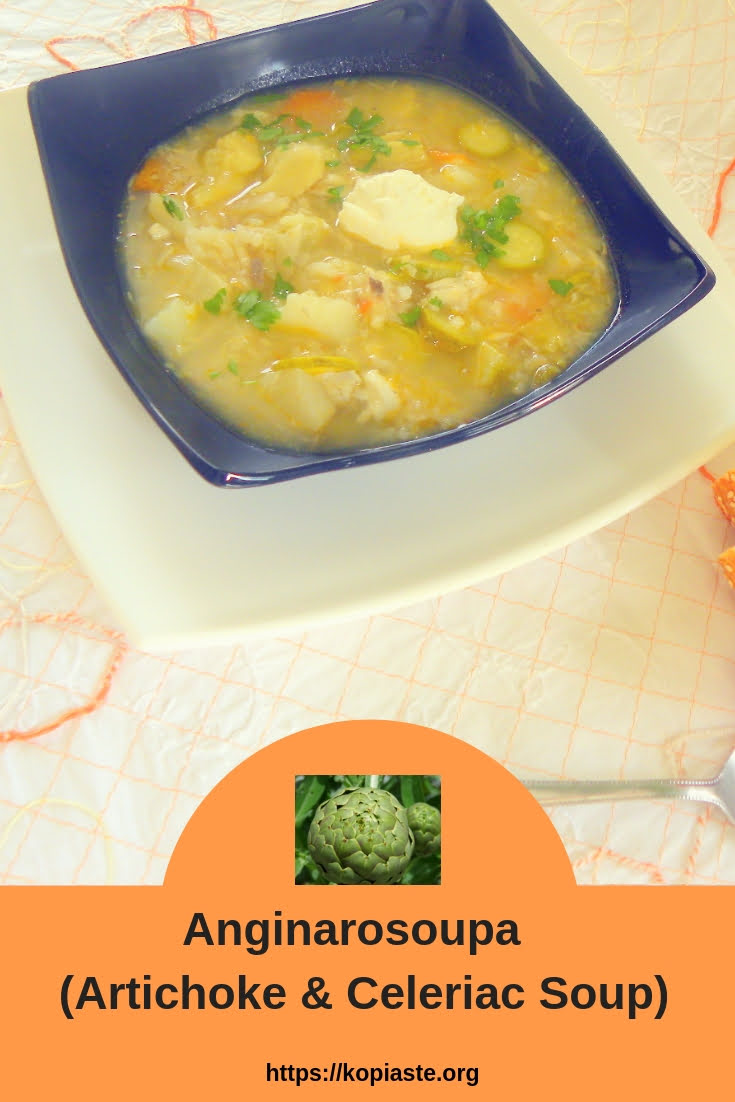