In Cyprus, mint is added and it is called talatouri.

What makes our tzatziki so delicious is the Greek yoghurt, which is velvety, thick, rich and full of flavour.   However, using a low fat Greek yoghurt with 2% fat makes it equally delicious and you can save on some calories. 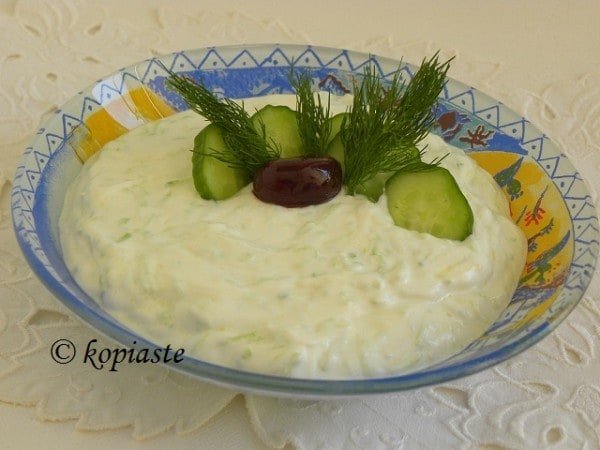 I have seen a lot of recipes in which dill, oregano or lemon are added in the tzatziki.  These are probably Americanized versions of tzatziki.

If you ever visit Greece you will see that neither dill or lemon or oregano is added in any Greek tzatziki and the cucumber is always grated, so that you can enjoy the velvety taste of the yoghurt.  However, if you like lemon instead of vinegar or dill or oregano, it’s your choice to add it.

If you don’t have Greek strained yoghurt, line a colander with cheesecloth or a coffee filter and put your regular yoghurt inside. Leave it for 4 – 5 hours, or preferably overnight in order to drain. 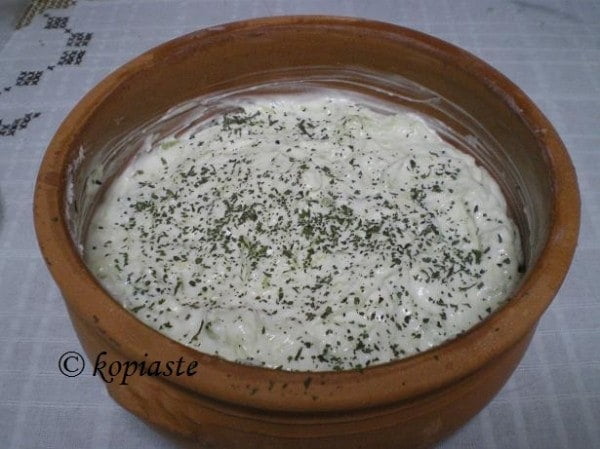 Cucumbers in Greece or Cyprus do not have any big seeds.  If the cucumbers you are using have big seeds, remove them before grating.

Note:  Greek garlic is very strong so I do not use too much.  You can adjust the amount according to your taste. 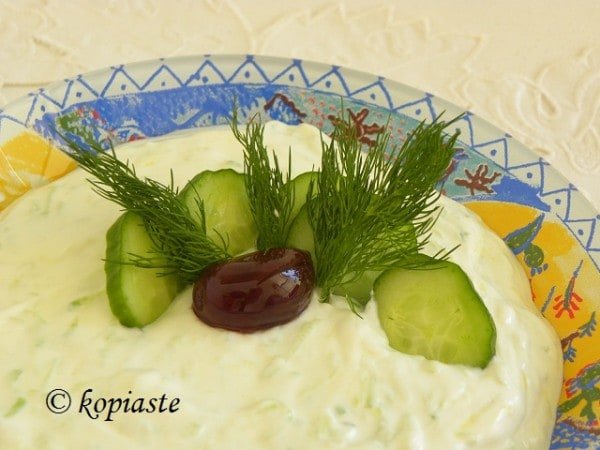 This recipe and many others are included in my cookbook Mint, Cinnamon & Blossom Water, Flavours of Cyprus, Kopiaste as well as in Volume 1 of the e-cookbook.