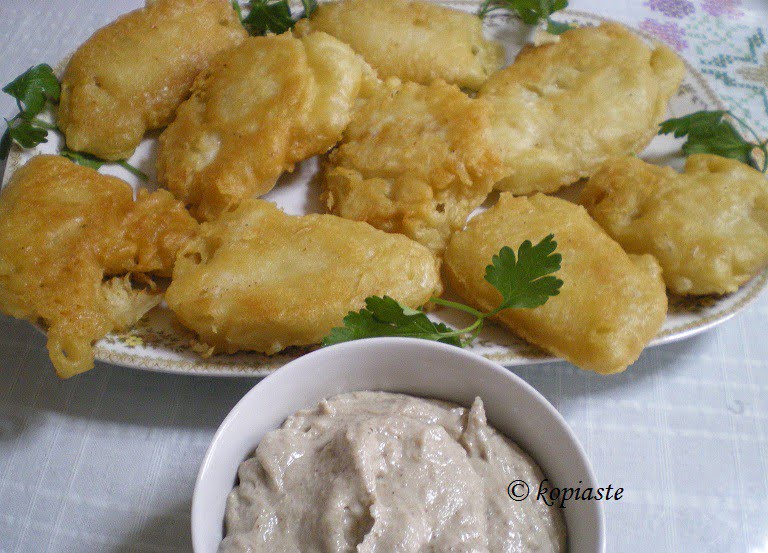 Bakaliaros (cod), in Greek “μπακαλιάρος”, is the traditional food we eat in Greece on the 25th of March, which is made with salted cod, fried in a beer batter. 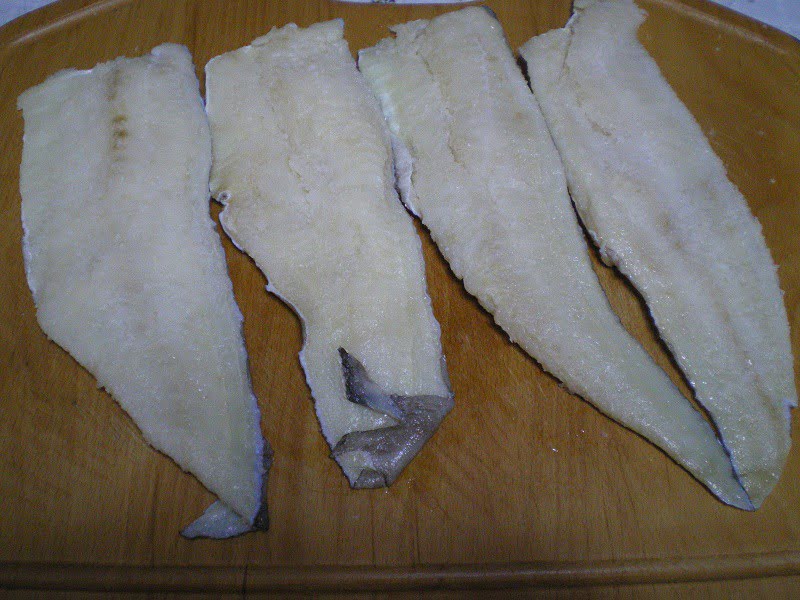 This is another Greek traditional dish which has become synonymous to the 25th of March, which is the Annunciation of Virgin Mary and on that day we also celebrate the Revolution against the Turks in 1821.

The Annunciation in Greek is called Evangelismos and those named Evangelos or Evangelia celebrate their name day. 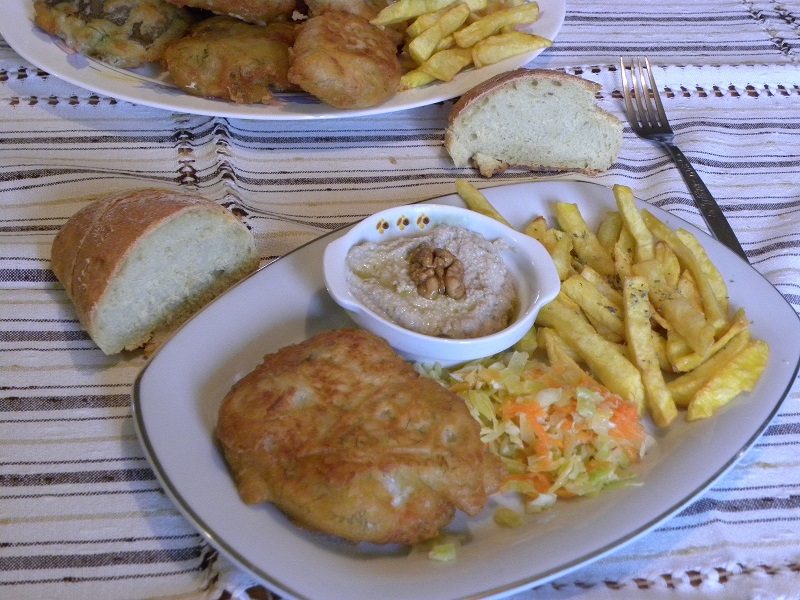 However how did we come to prepare this dish?

The 25th of March is always in the period of the Great Lent when the Orthodox fast for nearly fifty days.

No meat, no fish, no dairy products and sometimes no olive oil are allowed to be consumed.

The church made two exceptions: one is on the 25th of March and the other on Palm Sunday when only fish can be consumed.

For people living near the shores they ate fresh fish on both these occasions but people in remote, mountain villages could not, as there were no refrigeration trucks to transport fish.

So when salted Vakalaos or Bakaliaros (Cod) was imported, lots of years ago, it was ideal, not only for lent but for other days as well, as it was cheap and could be preserved for a long time.

Try Bakaliaros coated with beer batter and then fried and you will have the most crispy and delicious cod ever that you won’t be able to resist devouring more and more bites.!

A few secrets to make Bakaliaros Crispy and delicious:

⇒  The basic secret for the batter is ice cold water and/or beer which help so that the fried pieces of fish do not absorb so much oil which would lead to “sticky” results.

⇒  The egg white whisked into a meringue makes the batter light and fluffy.  However, if you are fasting you can replace the egg white with baking powder.

⇒ The frying oil can be any kind of  oil but I personally prefer olive oil, since it has a very high smoke point, so that it doesn’t burn even at high cooking temperatures, and it retains all of its health properties and brings out the true flavors of the food.

⇒ Hot olive oil does not penetrate food during the cooking process, as some other types of oils, which results in a lower fat content in the finished dish.

⇒  Fried food in virgin olive oil will not be heavy or aggressive to the stomach. 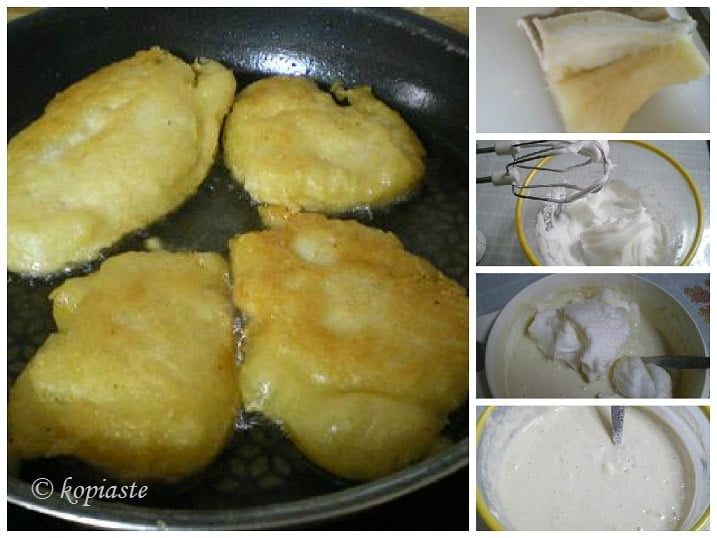 How to desalt cod:

Cut the cod into portions, remove skin (optional), rinse to remove salt and place in a bowl and cover with water.

If cod is not a fillet make sure to remove all the bones.

Drain and change the water every 3 – 4 hours for at least 24 hours before preparing. 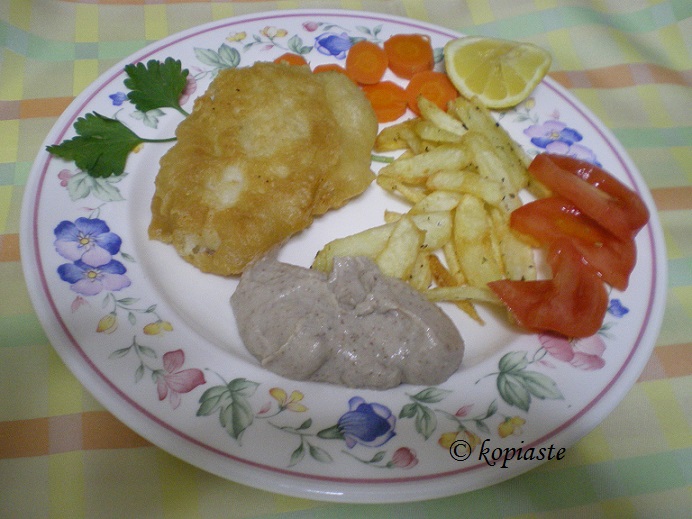 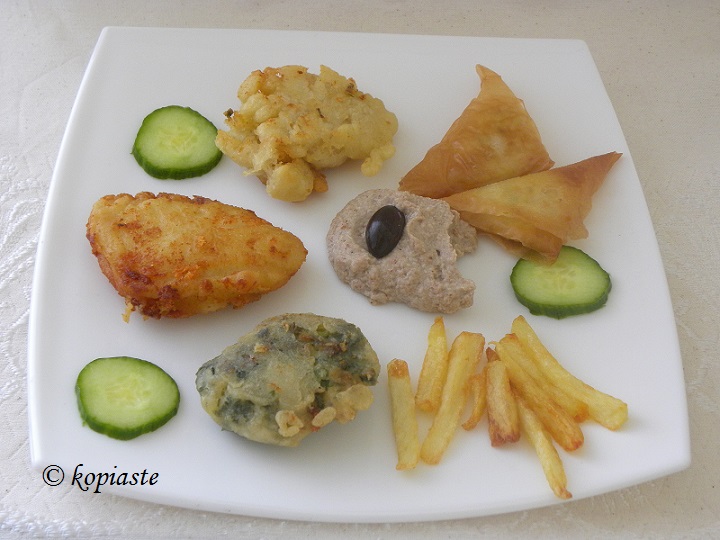 Something Fishy.. (lots of fish recipes in one post)

Dolmadakia me Bakaliaro (dolmades with cod) 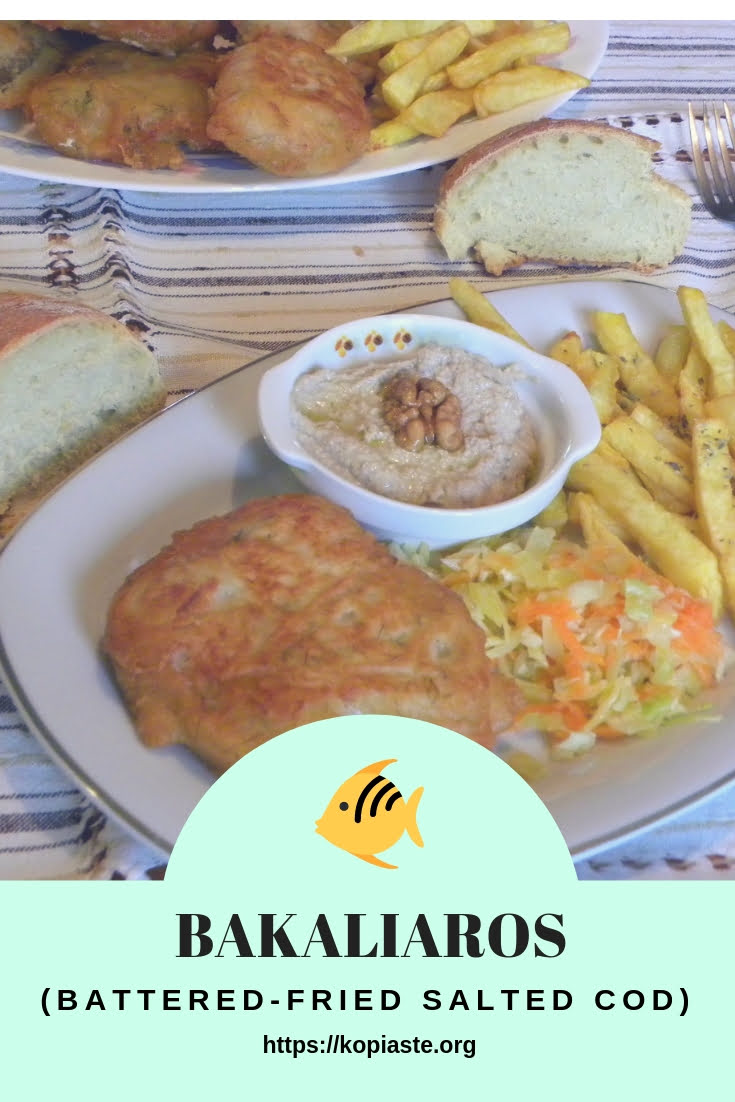