This dessert is a favourite with my family, not only as a dessert but as a special treat. The end result of this Greek dessert should be more a cream than a “set” pudding, and instead of chilling, try serving it at room temperature.

This recipe is easy and has few ingredients, but it needs pretty constant attention while cooking.

The perfect ratio to make ryzogalo

Don’t forget that Greek Ryzogalo is a pudding with rice in it. The rice must be just enough to feel and taste it in the pudding.

I’ve seen recipes using too much rice, for example they use 1/2 – 1 cup rice for 1 litre milk. That is probably made like the traditional English rice pudding which is a rather dense pudding, which I am sure you can cut with a knife when it sets 🙂

After many experiments, this is my perfect ratio:

The traditional flavour used in ryzogalo, is vanilla. In Greece, the most popular vanilla we use is vanillin capsules. 1 capsule is enough to flavour it. However, you can use the seeds of a vanilla pod, liquid vanilla, vanilla powder, vanilla sugar, etc.

I made a little research about rice puddings and was surprised to find out that rice pudding is a dessert enjoyed by people of different cultures all over the world, and it is made by combining rice with a sweetener and other ingredients often including milk.

Recipes can greatly vary even within a single country. The dessert can be boiled or baked. Different types of puddings vary depending on preparation methods and the ingredients selected.

The following ingredients are regularly found in rice puddings.

Eggs are also included, which make the pudding much richer;

Some days back I wrote about Koupepia and memories came back from my school years in Cyprus.

Writing about rice pudding today brought some distant memories during the three years when I used to go to elementary school in London.

I have a lot of good memories during those years and one of them is eating at school.

I remember that we had to drink a bottle of milk in the morning and we also had lunch at school.

I can’t remember much about the food we used to eat but the only things I do remember is that we loved mashed potatoes with gravy.

The other thing I loved very much was their rice pudding with plums, which was more like a thick soup rather than a cream.

Anyway, I remember that they were so tasty that at the end you could not tell if there used to be food on the plate, as we ate it all and the plate looked as if we had licked it 🙂

Now that I think back I can’t remember “rice” in the pudding, so I guess they may have ground the rice or used rice flour.

(A twist of mine)

Based on the traditional recipe below, instead of using regular condensed milk, I had recently made dulce de leche which I already used in other recipes and had a leftover can, so I used it to make ryzogalo.

I did not add any eggs or vanilla in this recipe as I wanted the flavour of caramel to prevail. In order to make it a little bit darker I added 2 tbsp charoupomelo (carob syrup).

I served it with a dollop of dulce de leche on top.

You can find many more Greek recipes in my cookbooks «More Than A Greek Salad», and«Mint, Cinnamon & Blossom Water, Flavours of Cyprus, Kopiaste!» both available on all Amazon stores.  Read more here.

Instructions to make it with fresh milk:

If you want to make it with fresh milk, substitute the condensed milk and 3 1/2 cans water with 5 1/2 cups whole milk and 100 grams sugar.

If you want to make it with stevia, for this amount of milk, I use 8 stevia tablets but it's not very sweet. You can adjust it to your liking.

The egg may be omitted but it makes the pudding much creamier.

The reason why we heat the water or milk is to reduce the times of stirring until the puddings sets. You can add either of them cold but it will take much more time stirring. 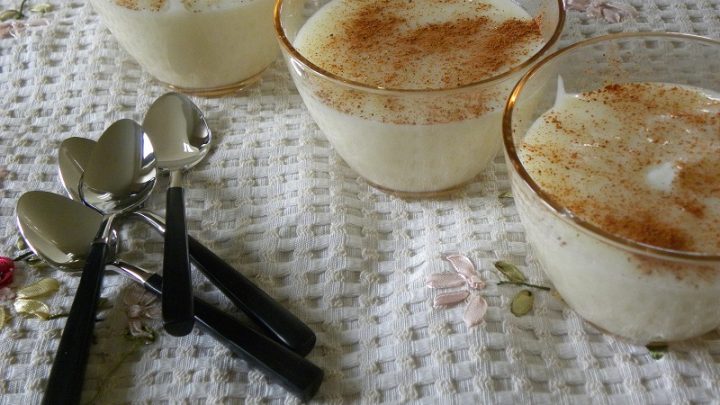 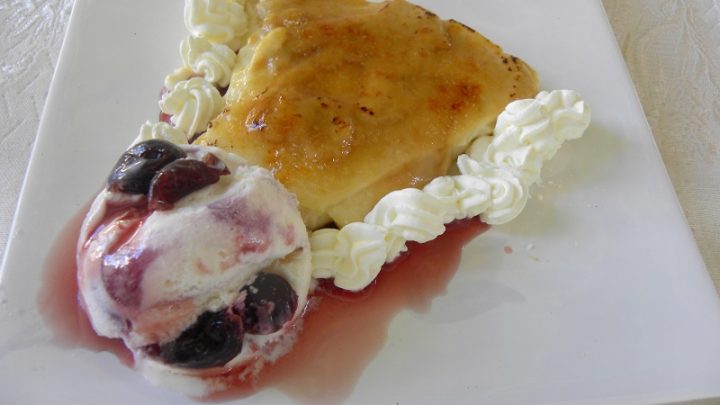 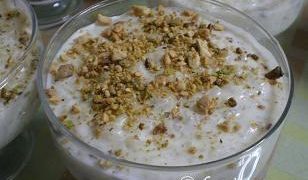 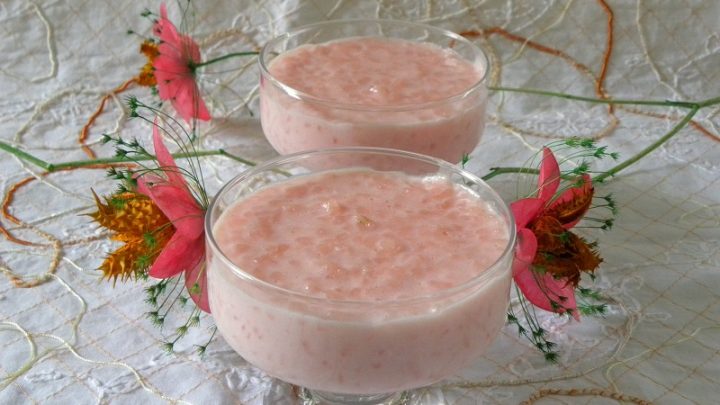 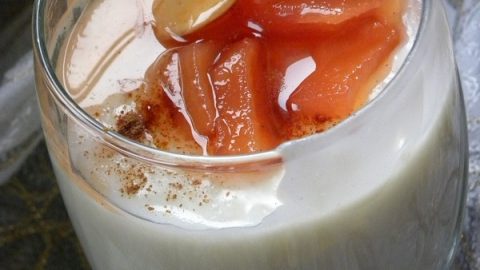 Ryzogalo with Quince: the easiest and best rice pudding ever!! 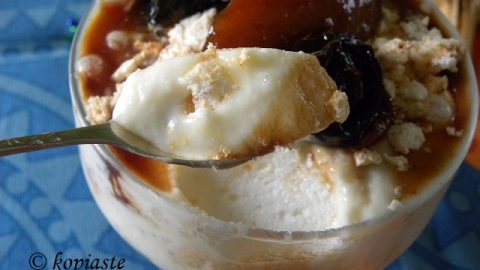 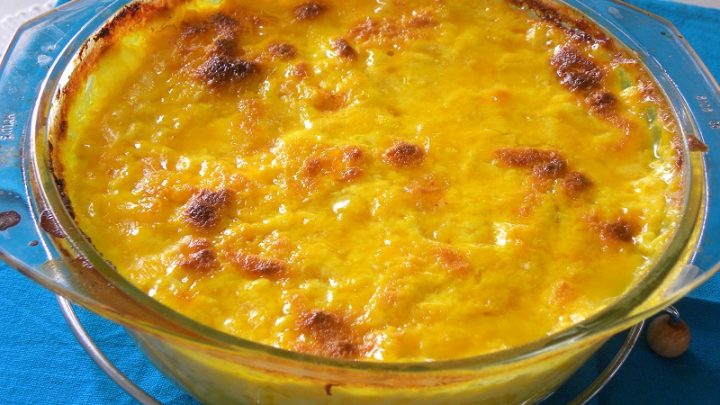 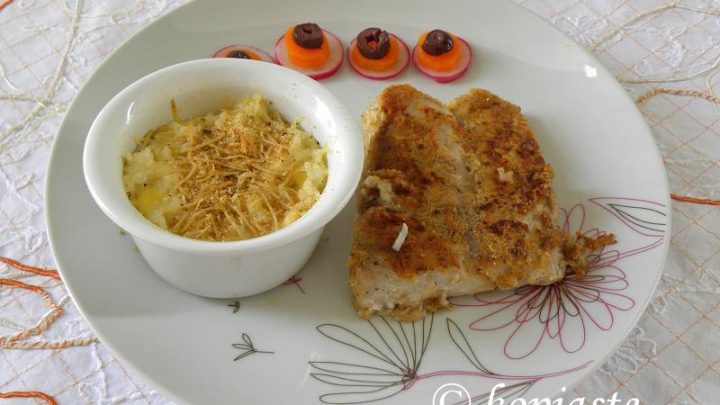 I had a craving for rizogalo today! Thank you for recipe. It taste just like my mum's!!

I think ryzogalo is great for all year round but I agree that it's perfect for cooling down during summer.

It's funny, I love cold rizogalo, it's perfect for cooling down on a hot summer evening. I recently read someone else's blog about rice puddding, and they associated it with winter and ate it cold. Yours is an interesting recipe -- I've never seen cornstarch used before. Thanks to opening my eyes to something new and reminding me of my good memories of rizogalo!

Sounds good. I have been wanting to try making a rice pudding for a while now.

Ahhh rice pudding...every Greek home has a recipe and each one very comforting.

I'll have to consult my father for his Rizogalo.