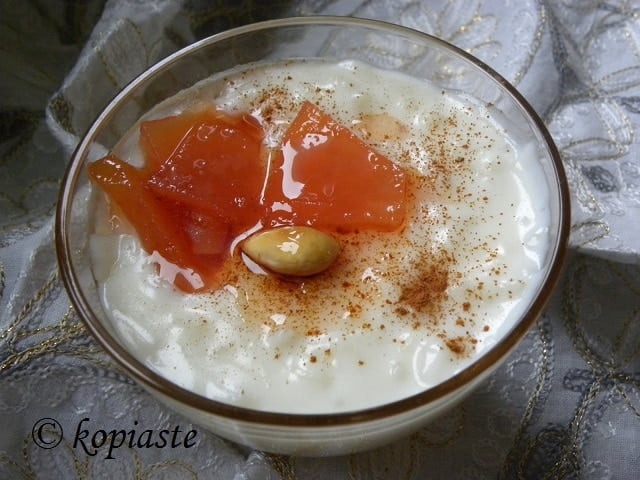 It’s been raining all day today.  It’s cold, gloomy and dark.  What better than a comforting “ryzogalo” (Greek rice pudding)?  When you think that traditional recipes can’t get any better, this one will blow your mind!

It all started yesterday when going to the small supermarket in the village where I live to buy some milk.  I did not find skimmed milk so I bought a carton of whole milk.  It’s been ages since I drank whole milk and although I thought I would be fine if I mixed it with some water, I didn’t like it.

Today when I bought skimmed milk, I started thinking what to make in order not to send it down the drain.  I could have used it to make a pudding or use it in a dessert but I still have some of the cupcakes  I made a couple of days ago (again with quince) .  Am I obsessed with quince? 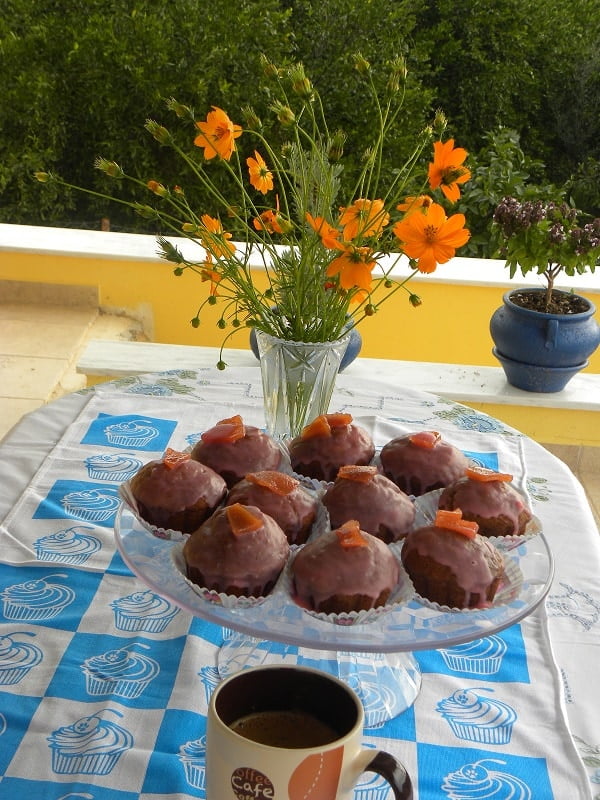 It’s been ages since I made “ryzogalo” and decided to go for it.  Since I have already posted the traditional recipe, I decided to experiment with something new.  I am so happy I did, because it turned out to be the best rice pudding ever, so creamy and delicious.  Instead of adding sugar, I decided to add quince syrup, which is so flavourful.  Don’t go away because you may be discouraged from the addition of quince syrup, since probably you may not have some but you can still make it with sugar.  The quince preserve only adds to its aroma and what makes it creamy and delicious is the addition of an egg and butter.  So, if making it with sugar, you will have to replace the syrup with sugar and add some vanilla, or other flavouring you like and replace the liquid used (1/3 cup) with more milk or add 15 grams less corn flour). 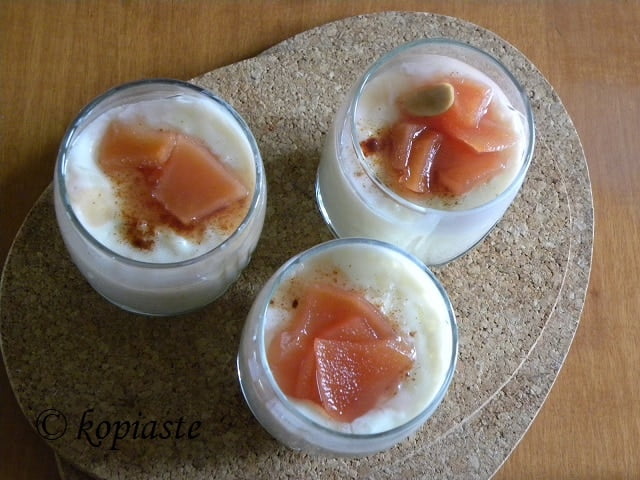 Quince has a natural alluring aroma not to mention that it becomes irresistible with the addition of cinnamon stick and frangrant geraniums when making the preserve.  Because of these wonderful aromas I did not add anything else in the rice pudding.  I started by cooking the rice for ten minutes, so that it becomes soft.  You will need a starchy rice here, such as arborio.  In Greece we use a variety called “Carolina”.  After straining the rice I put it back in the pot and boiled it with the milk (reserving about a cup) for ten more minutes.  Here, you need to be nearby, mixing it frequestly so that the milk will not burn.  While cooking the rice I mixed the corn flour with the egg and milk, using a hand mixer.  When the rice was cooked, I added the syrup gradually and tasted it until it reached the sweetness I like.  I did not want to make it too sweet because I was intending to add some of the  preserve and syrup on top as well.  It was less sweet than I expected and did not have time to get more syrup, so I added 2 tablespoon sugar.  I then poured the cornflour mixture and mixed it quickly.  It didn’t take more than a minute to set.  I removed it from the heat and mixed in a tablespoon butter.

I poured it in cups and sprinkled some cinnamon on top.

I then added the fruit preserve making sure that there was a little bit more syrup in the spoon when adding the fruit. 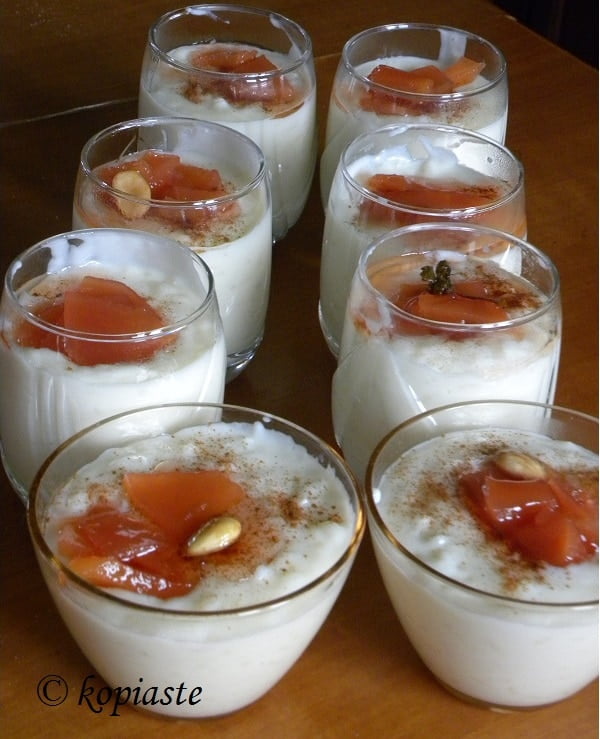 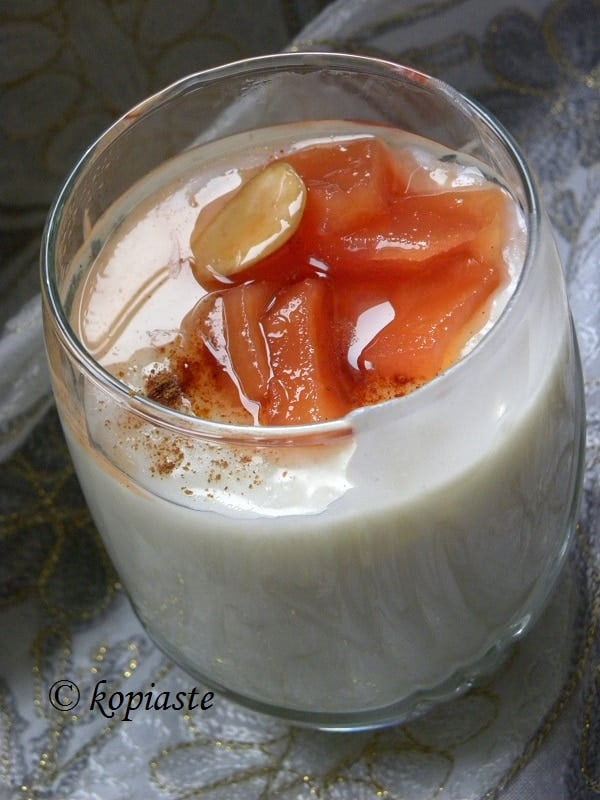 Ryzogalo is easily one of my favourite desserts Ivy (karydopita comes first!). What a gorgeous way of preparing it with that aromatic quince...heavenly! Bravo for thinking of this!

It looks ever so luscious and creamy!