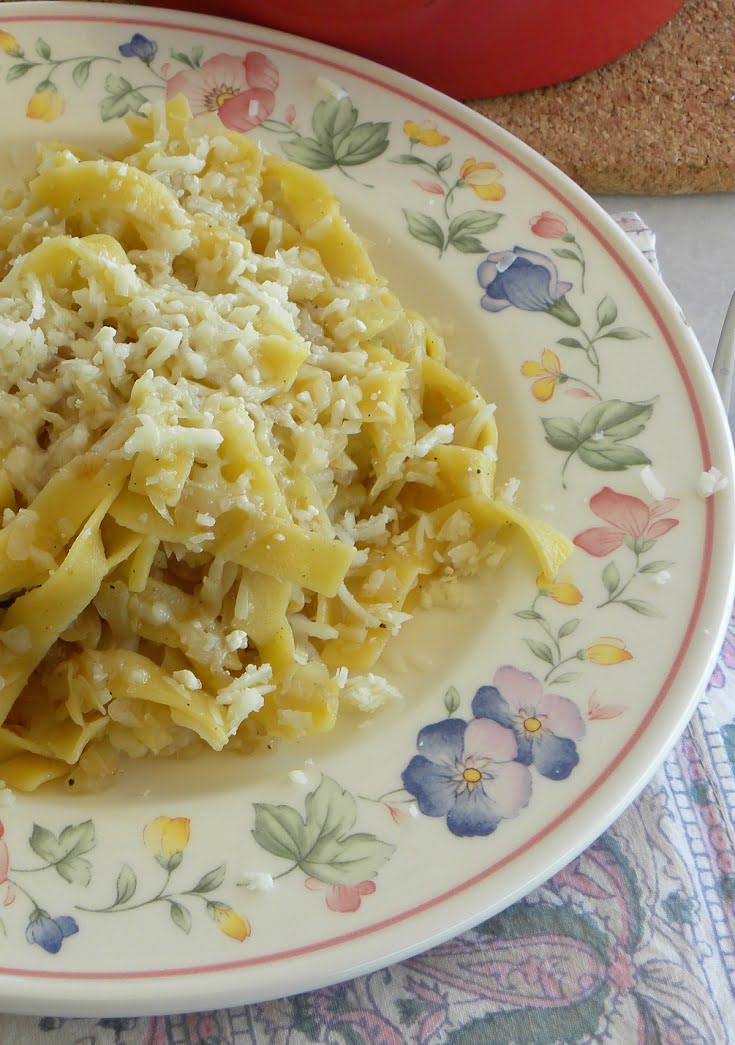 During September, I had a cooking class with a group of friends from Israel.

One of the dishes we made was a Cabbage Salad with Pomegranate.    We chopped a head of cabbage but it was too much for the salad. 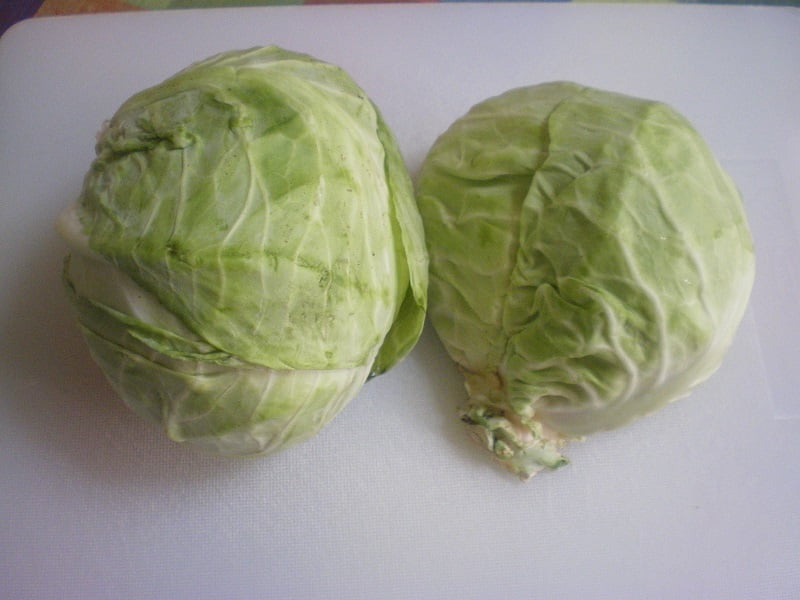 I was planning to keep it to make Lahanoryzo or the above salad, when a lady from the group said that she makes a Hungarian pasta dish with cabbage.

I was very much interested to try something new, so I asked her if she could tell me how she makes it and I took notes on the recipe. 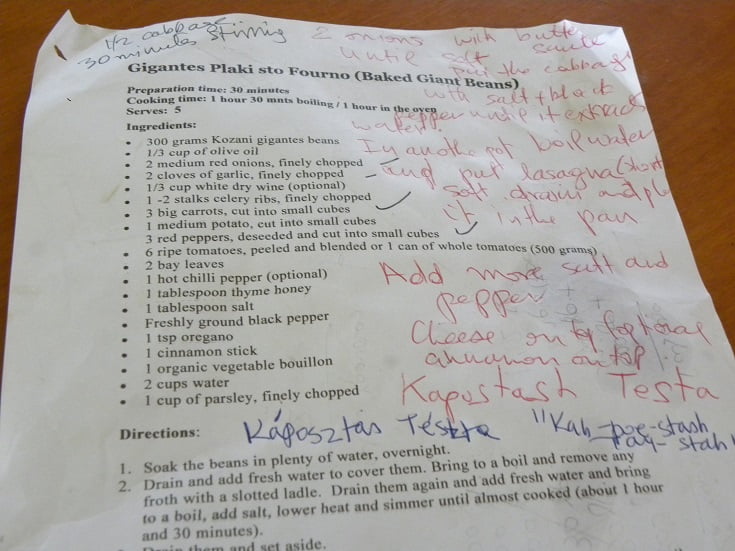 At that time, we were making Gigantes Plaki (baked Giant Beans), so as she was explaining how she made the dish, I took notes of the instructions on the recipe.

Understanding the recipe by watching a video

When I made the recipe for the first time I googled the recipe and saw a video of a lady, talking in Hungarian making it.

Although I did not understand the language, I saw how she cut the cabbage, removed the core, then cut it again into large pieces, and then used a food processor to shred it into very small pieces.

The cook also showed the traditional way of grating it on a box grater or finely chopping it with a knife.

She then added a generous amount of salt to the cabbage and then squeezed out the water.

The woman then put the cabbage in a skillet and kept mixing it continuously for some minutes.  She then put the lid on the skillet but she was there watching and mixing so as not to burn it.

Then she made some space on one side and added a lot of sugar, around 2 tablespoon, which she caramelized and then mixed with the cabbage.

Eventually the cabbage started changing colour and became light brown.  I heard her saying the name of the dish which sounded like KAH-poe-stash Tay-stah.

She then removed it from the skillet to cool and showed that at this stage the cabbage could be freezed.  She then cooked her pasta and mixed it in the cabbage.

Her pasta were big square noodles, about 3 x 3 cm wide.

I have never seen similar shaped pasta in Greece, so my choice was to use Greek pasta, called hylopites. 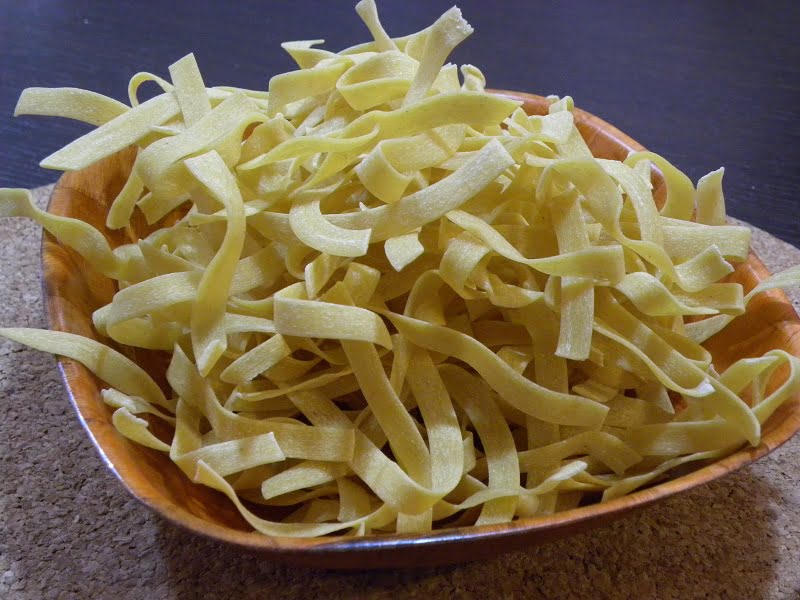 The lady then added black pepper to the dish and the video ended there.

That is how I made it the first time, when I made the video.

After learning the technique, I made it again and again, adding onions as my friends suggested but also adding some garlic and butternut squash cut into small cubes.

Another day I made it substituting the butternut squash with grated carrot.

I considerably reduced the amount of sugar given in her video, as the onion and the butternut squash add their own natural sweetness to the dish. 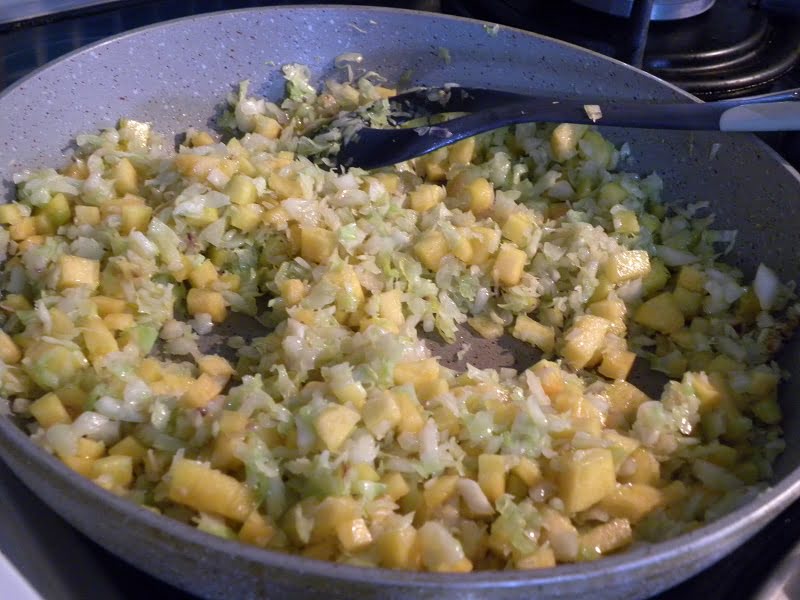 I served it with grated graviera, black pepper and some finely chopped wild fennel on top.

The first time I made the dish, it was good.  However, the second time we loved it even more, as it was much closer to our taste.

I will definitely be making this dish in the future.

I am already thinking of some variations, for example to make it vegan, using eggless pasta and sautéing some mushrooms to add in it or even adding some smoked eggplant.

For meat lovers, I would add some Greek smoked, cured meat, called syglino or pasto or even bacon, although I am not a big fan. 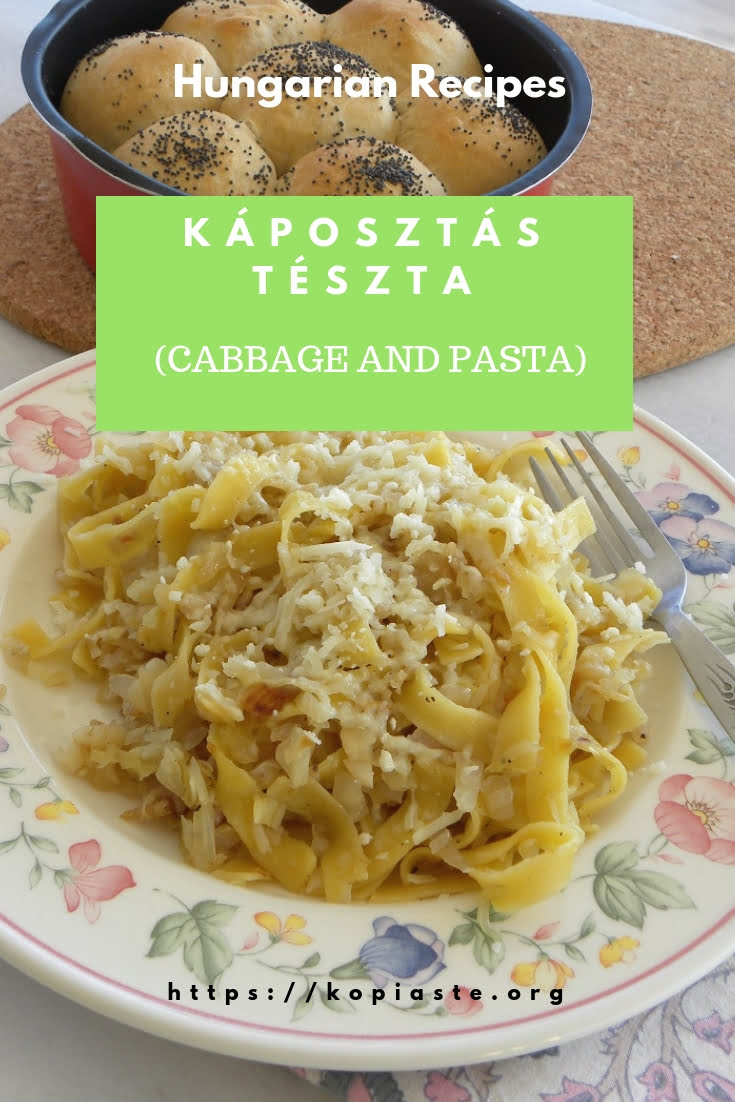