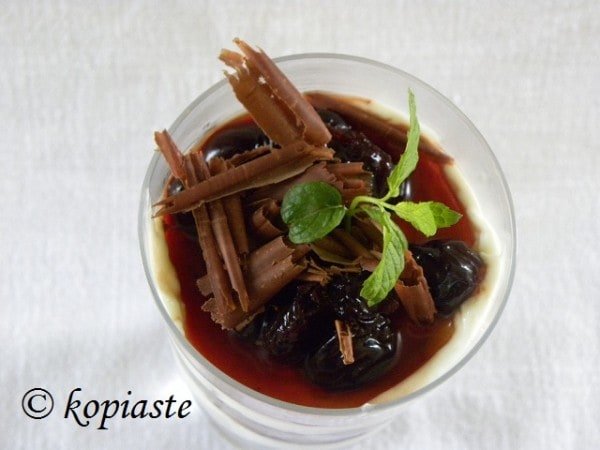 My daughter Elia, who is 20 years old, rarely cooks.  Her specialty is mostly pasta dishes, which she loves and resorts to making some for herself whenever I cook something she doesn’t like.   She is still in that phase of life where she hates mostly everything.  She always complains of too much onion, too much parsley, garlic? yack, doesn’t like any “weird” spices or ingredients, meaning anything out of the ordinary and yes she will kill me if she reads my post and sees that I’ve been talking about her.  God save me, until then!!

However, she does love making pastries and if she is in the kitchen she will be making desserts. 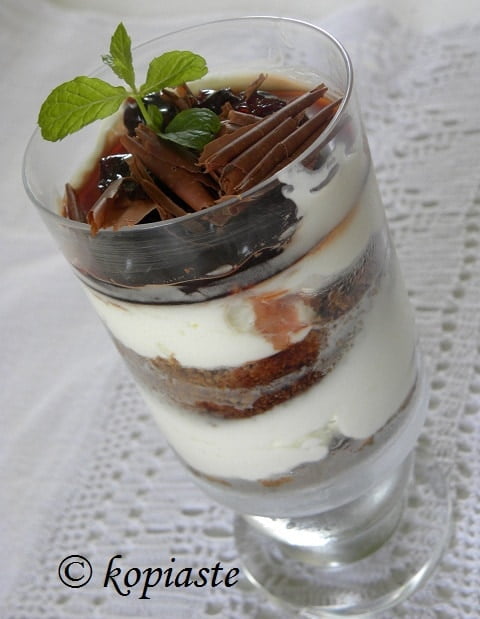 The other day when she made this dessert and it looked so pretty, I asked her if she wanted to share her recipes in my blog but she strongly rejected the suggestion and said “You can post it but don’t say that I made it”.  Well, I am secretly hoping that one day she will come around and see blogging with a different eye.  At the moment I try to encourage her to get involved, in order to learn some cooking techniques, so whenever she is around when and I am cooking, I try to tell her and show her a few tips, which I hope she will remember and I also know that we humans are mimicking creatures and copy more than we are aware of.   I know that I learned a lot by just watching my mother cook and hope that she will also learn something by the time she makes her own family, although this is at least ten years away. 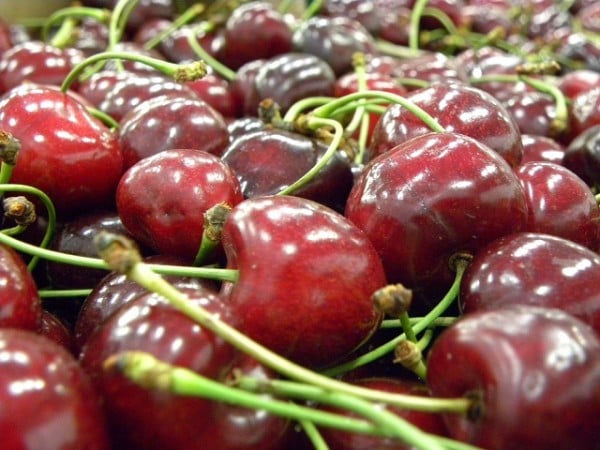 Sour cherries (prunus cerasus) or Agriovyssino, as they are called in Greek, look like cherries but they are smaller and more acidic.  I have made Glyko Vyssino (sour cherries spoon sweet), which is similar to Glyko Kerassi (cherries spoon sweet) but it tastes ten times better.  This is the time of the year when we make some in Greece, as it is sold in the farmers’ markets and supermarkets but you will never find wild sour cherries there.    This one comes from Pelion, which is located in the center of Greece, between Athens and Thessaloniki, near the city of Volos but you can also find some in places where wild sour cherry trees grow. 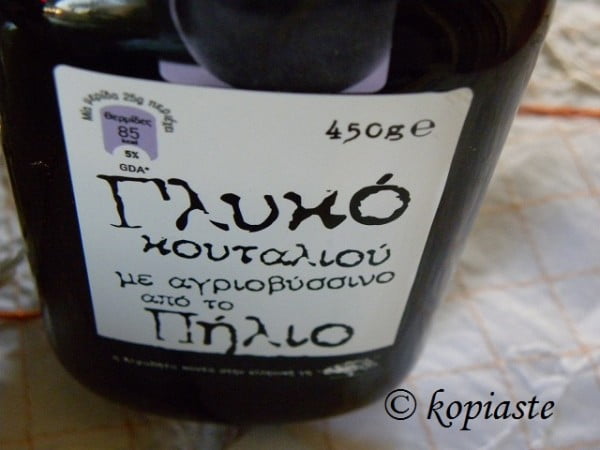 When we came back from visiting AB Vassilopoulos and she saw the wild cherries preserve from Pelion she told me, can I please use this to make cheesecake?   I don’t think that I could have made it any better, don’t you agree?

The recipe and food styling is her own and the only thing I did was to take the photographs.

Using a vegetable peeler make chocolate shavings using about half of it and if it is hot store in the refrigerator.
Melt the remaining chocolate in a double boiler.  Add butter and mix.

In a food processor crumb the biscuits and combine them with the melted chocolate and mix until the crumbs are wet.  Set aside.

With a hand mixer, beat cream cheese in large bowl until fluffy. Gradually add vanilla, sugar and heavy cream.   Beat until smooth.  Taste and adjust sugar if you like it sweeter.

Serve with a heaped tablespoon of sour cherries,  some chocolate shavings and some mint leaves on top. 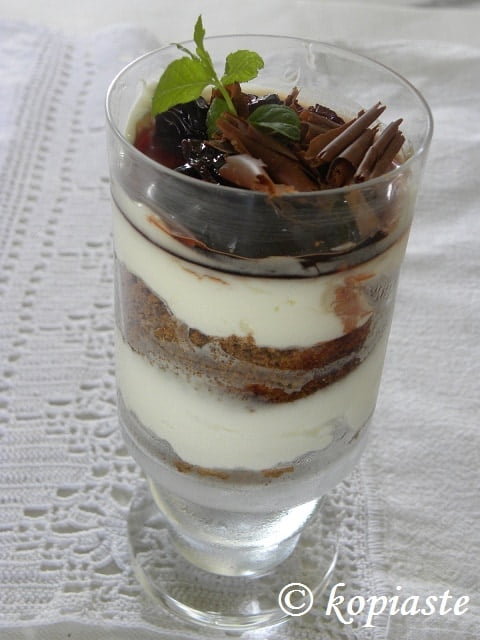 Stay tuned for my other two recipes. 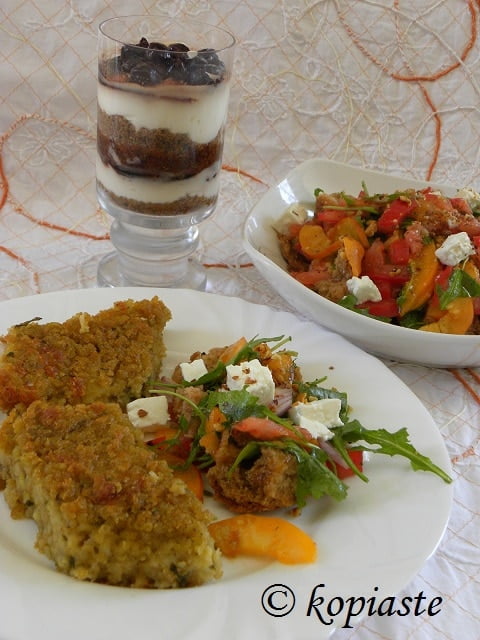 Cheesecakes are sinfully delicious. They will surely increase your cholesterol level but they offers a heavenly taste. Yesterday, while I was strolling at the mall, I've seen a shop selling wholesale Desserts at a low price. I bought three boxes of cheesecakes for myself.

Your daughter sounds exactly like my son! Her dessert is simply beautiful! And if you saw that I recently posted a similar dessert you will know how much I love this combination - the cheesecake filling with cherry sauce. Beautiful!

That is an awesome dessert! Love it :-)

You should be proud of your daughter Ivy...this cheesecake looks amazing. Say a big thank you to her from me! The chocolate and cherries are a classic combination.

Oh, she'll probably have her own food blog, maybe it will be 10 years though... The dessert looks fabulous, love the pairing of chocolate and cherries. In fact, that whole meal looks terrific. LL