Profiteroles are made with choux pastry.  I’ve been wanting to make profiteroles for a long time but instead of making the classic profiteroles I made a cheesecake and added them on top.

I know I should be posting some of the recipes mentioned in my post for 24, 24. 24 post, when we celebrated George’s name day but they will have to wait as today is my other son’s birthday and I wanted to share this event with you. 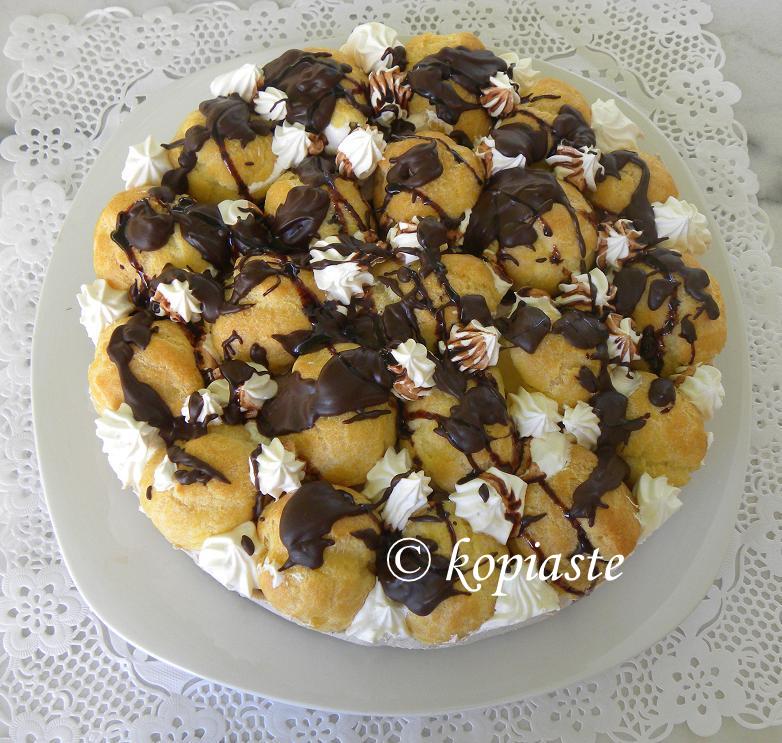 It’s been a while since I wanted to make profiteroles but apart from the food I prepared for the party all the other days we are still eating healthy and of course desserts are out of the question.  I promise after I post the party recipes I will get back to more healthy recipes again.

Last night I was thinking over and over again how I could make profiteroles but still I didn’t want to serve them just with some melted chocolate on top or putting them in a large bowl and filling it with cream.  I wanted to combine them with a birthday cake so that he could also blow his candles.  I rejected the idea of making sponge cake and sandwiching them in the middle and this was the best idea I could think of. 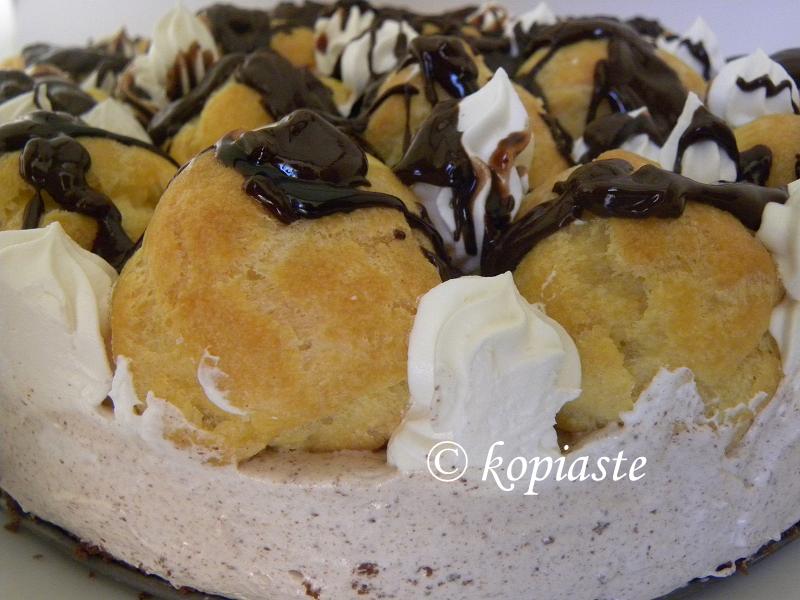 As I did not have a recipe to follow the choux pastry made 24 choux, out of which I used the 21.

The cream cheese mixture and whipping cream was more than I needed but they were used to fill the other 3 which made another bowl of profiterole. 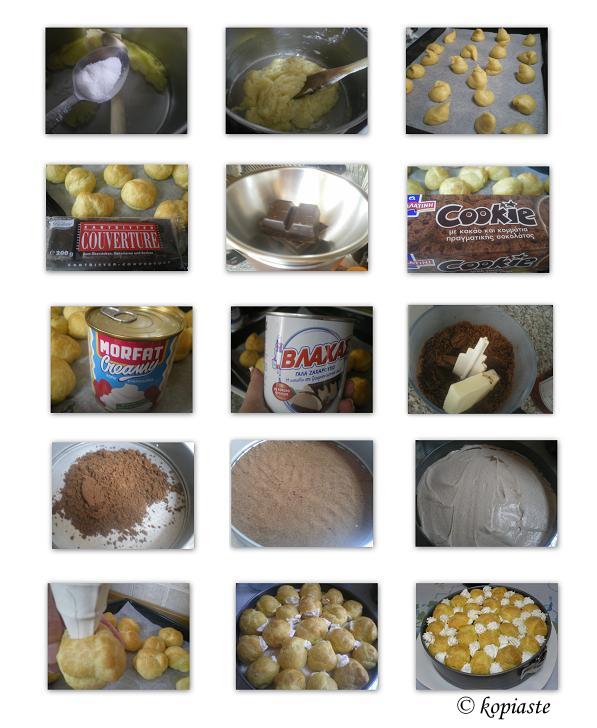 For the Choux pastry:

Makes:  about 24, depending on their size

For the biscuit base:

For the whipping cream:

For the chocolate ganache:

For the cream cheese filling: 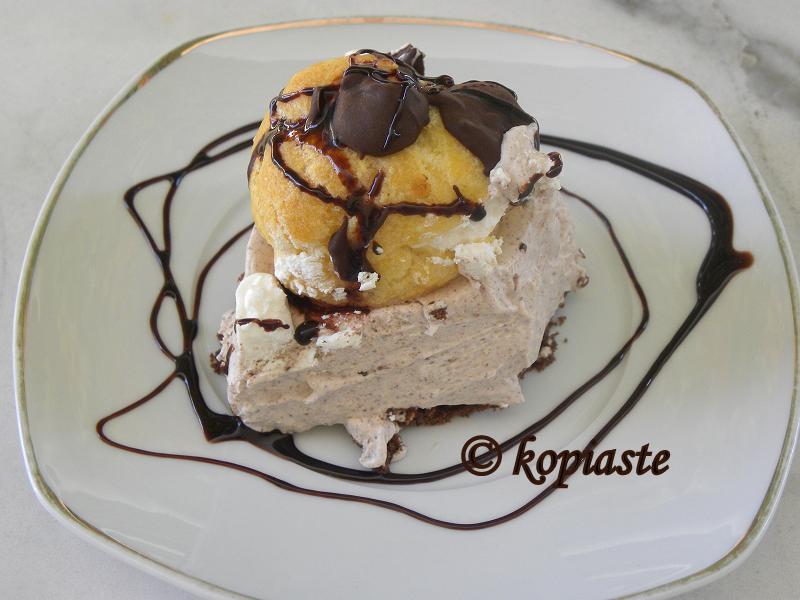 That's a gorgeous creation Ivy! Very creative. I be it was enjoyable to eat!

Really gleading the lily Ivy with this one two in one! Mmmm!

Thanks Kevin. Time difference!! I am just preparing supper.

That looks so good! I could go for a slice right now and I just finished lunch!

Ivy I was smiling from ear to ear looking at this creaion of yours! wow! bet the family was so happy and the hell with the diet and all that !