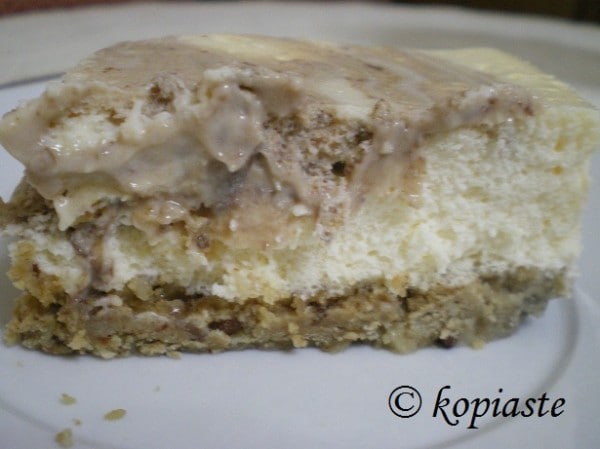 In Greece we usually make a no bake, easy cheesecake and for those of you who have never tried this baked version, I strongly recommend it.

If you cannot find pecans, you can substitute them with walnuts.

A mistake which is usually made by novice bakers is that they add too much butter to the base in order to make the biscuits into a dough.  This biscuits should still remain as crumbs.

I bought the orange flavoured chocolate during a recent visit to Thessaloniki. 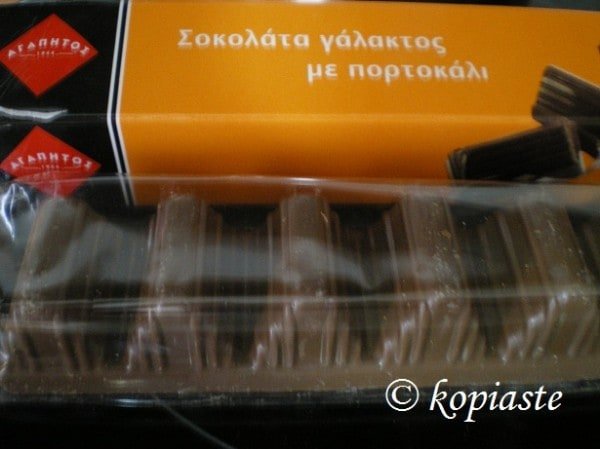 September is Ovarian Cancer Awareness Month. In honor of Gina DePalma, author of Dolce Italiano: Desserts from the Babbo Kitchen and Executive Pastry Chef of Babbo Ristorante in NYC, who was recently diagnosed with ovarian cancer, Sara of Ms Adventures in Italy, Jenn of The Leftover Queen, and Michelle of Bleeding Espresso are asking you to donate to the:

and then, out of the goodness of your hearts and to be eligible for the OFoods for Ovarian Cancer Awareness Month Contest, please do the following:

We will post a roundup and announce prize winners on October 3.

From the Ovarian Cancer Research Fund:

Please donate to the Ovarian Cancer Research Fund
and help spread the word!

I am sending my participation to Jenn, The Leftover Queen, and hope that especially some other women will contribute to this event to raise ovarian cancer awareness. You never know what fate has in store for you. Personally, I was lucky enough to find out in time, that I had a morphoma between one of my ovaries and the appendicitis and had to undergo hysterectomy last year. 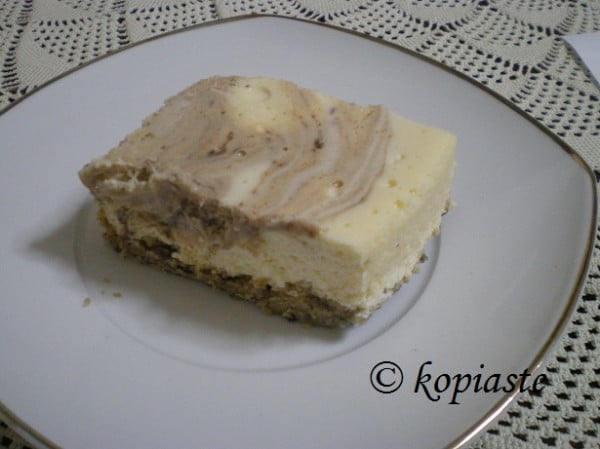 Thank you so much for sharing your story and for contributing this fabulous recipe, Ivy. It looks fabulous, and yes, if it has Oreos, count me in!

Ivy, what a wonderful recipe for a terrific cause. Choc orange is a gorgeous taste combination - think Jaffas and Terry's Chocolate Orange!!!

Ivy this is absolutely delicious sounding and looking!! Great entry for a good cause.

Awesome and yumm yumm cheese cake....I am drooling over it....