Hope everybody had a nice and relaxing week-end and have charged your batteries for another week’s blogging.

I recently made some Lemon Marmalade using some fantastic, organic lemons a friend gave me.

I now found some time to write about the Lemon marmalade which I made last month when I mad the Lemonade. As I said then, I wanted to make a spoon sweet (preserve) with the peels just like the bergamot I had made a few months ago but seeing that the were very thin and therefore not suitable for the spoon sweet, I gave it a quick thought and decided to make the Marmalade. I have made orange marmalade and mixed citrus fruit marmalades before but it was the first time I attempted to make a marmalade with just lemons.

I kept all the pulp, pith and seeds which I tied in a tulle (or use a cheese cloth) so that I could get the pectin from there but still I wasn’t sure that I would get enough flavour from just the peels so I decided to add half of the lemon squash I had made earlier.

This marmalade turned out so delicious, everyone at home loved it and the recipe is pretty straight forward. I’ve detailed as much of the method as I could, to make it easier for any of you who might try the recipe to be successful with it. However I do not have a thermometer to help you but I believe if you follow my instructions you will be able to make it. Also in Greece we do not have various brands of lemons, so we do not know what kind of lemons we eat. We just say lemons, so I don’t know which type to suggest you use, but lemons are all lemons and I don’t think that this will make any difference. 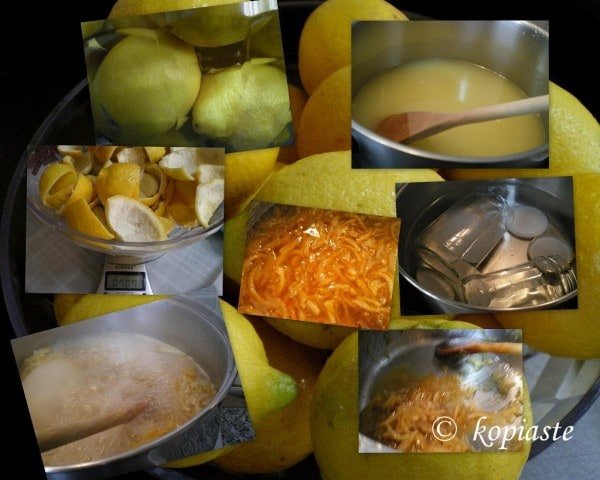 I am submitting this recipe to Elly, of Elly says Opa, who is organizing the second Eat to the Beat.

The event is on all year round so find a song to go along with your recipe and submit it any time you like. The round up is every three months.

The song I chose for this event is Lemon Tree (by Fool’s Garden). Enjoy whilst reading the post! 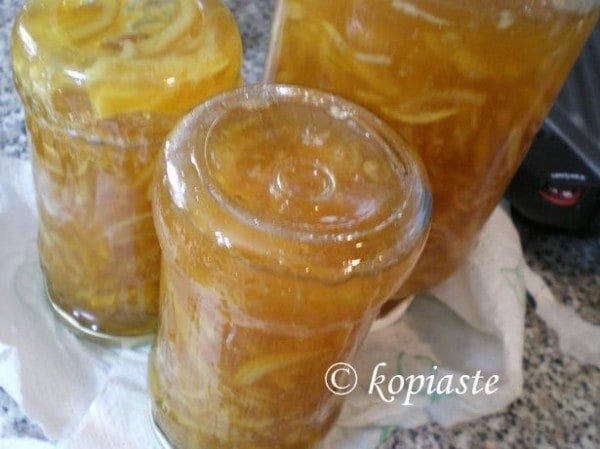 Store in a dark place and refrigerate after opening. 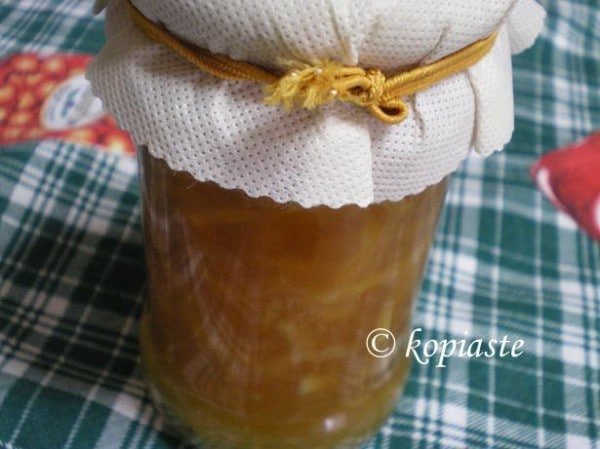 See also How can we tell if the syrup is ready? How to sterilize jars Tsoureki with Lemon Marmalade filling Vegan Carrot Cake with lemon and chocolate glazing Strawberry Jam

That's brilliant! I just got some nice lemons from South Africa. You seemed to read my mind??? I'm glad..LOL

Thanks for leaving message in Foodbuzz. Now you can contact me in my new blog.

Hopping to the beat Ivy...the song is so catchy & the lemon marmalade is fantastic. I love anything & everything citrus. We just get boring ole limes here which usually have next to no peels...talk about variety!! Guess we still have to count our blessings that we get limes at all.

I can smell the beautiful aromas already with all those luscious lemon rinds! Beautiful!

I love the thriftiness of using the peels.

@ Fearless kitchen: I am sure your father in law will be thrilled.

@ Nuria: I don't think I can survive without something sweet for breakfast. It's either marmalade or honey.

@ Mansi: Thanks for letting me know. I'll check it out and if it's something I can make, I'll gladly participate.