Limoncello is an Italian alcoholic drink made from the peels or zest of unwaxed lemons, which are steeped in a neutral alcohol, until the essential oils from the lemons is released.  The alcohol is then mixed with a simple sugar syrup.  It is usually served as an apéritif or  after-dinner drink, as it is considered a digestif drink.

In Greece, we make the same liqueur, which is called Liker Lemoniou (lemon liqueur) and is usually served as a greeting drink to guests, accompanied by a mini chocolate. 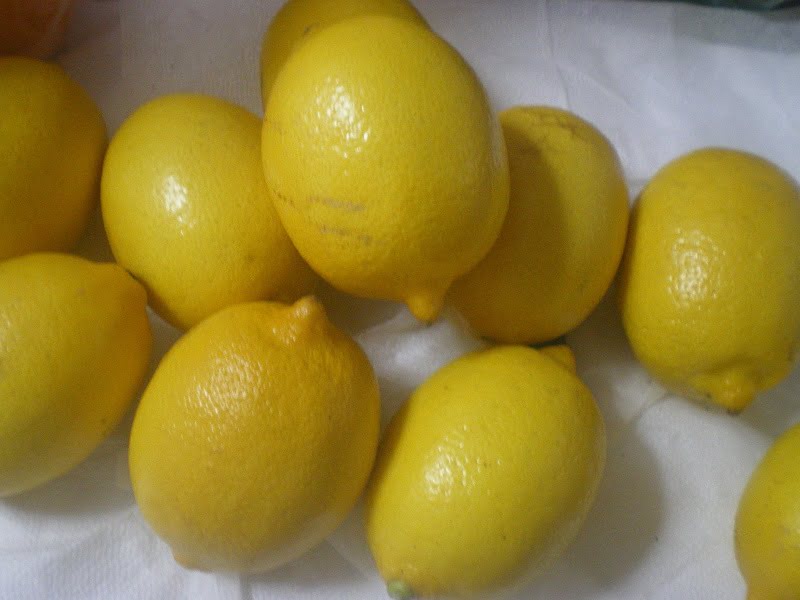 You know the proverbial phrase “When life gives you lemons, make lemonade!”.  So true.   In real life, when things turn sour, we should do out best and try to make them sweet.

But when your neighbour gives you tons of lemons what should you do with them, apart from the obvious lemonade? 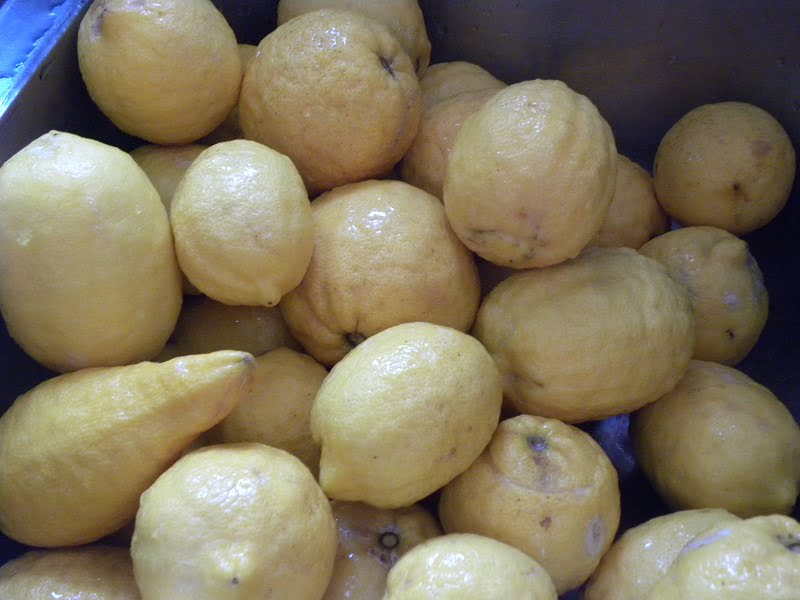 My neighbour gave me a bag full of lemons which I stored in the refrigerator but a couple of days later she comes over with another bag, this time a gift from her mother.

If they are refrigerated they can last for a long time but my fridge is not very big and since it is hot, the second bag would go wasted if I didn’t do something right away. 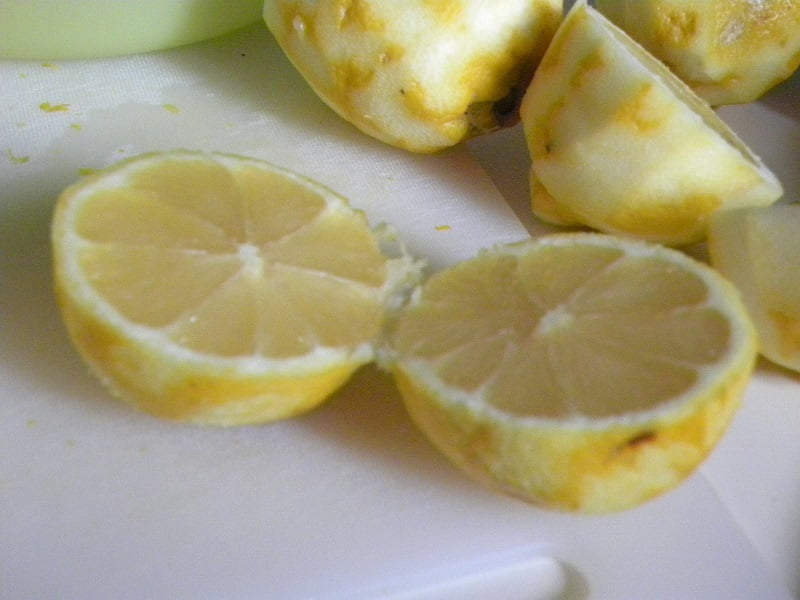 First of all I washed them well and let them drain.  In Greece lemons are not waxed, so this saved me some extra effort from scrubbing them.

Another thing we do in Greece, especially now with the economic crisis, is not to waste anything.  Even the squeezed lemon shells have a purpose.

In Athens, we can through them to the faces of the politicians but here in the countryside, we just feed the chickens 🙂 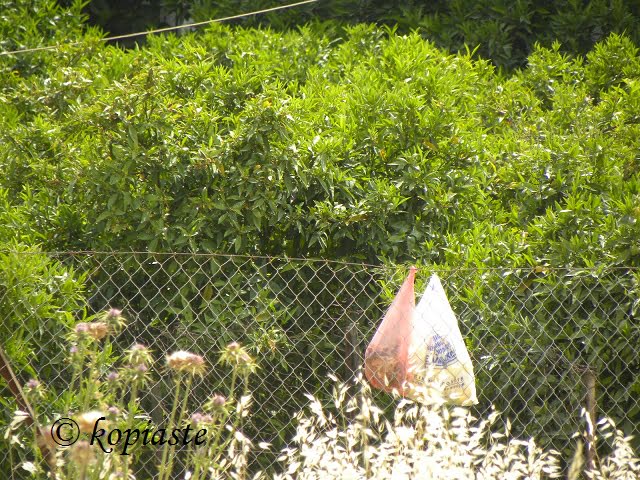 My neighbours have chickens, a dog and cats, so every day I collect all the vegetable peels for her chickens and leftover food for the cats and dogs and early in the morning I leave the bags hanging next to the chicken coop for my neighbour to find and feed them. 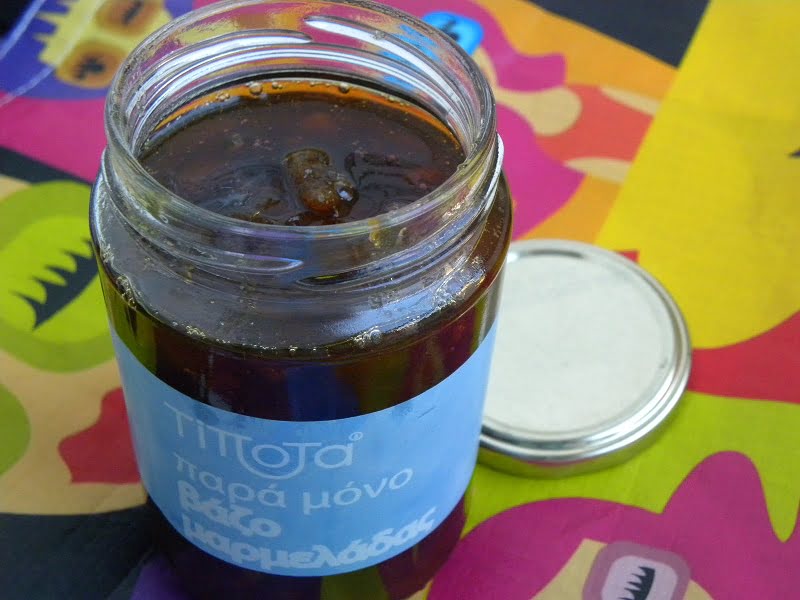 My first choice would be to make Lemon Marmalade, but I made some recently, when I was in Athens and still have some.
The new lemon marmalade I made was with ginger, brown sugar and honey but unfortunately I do not have the time to post all my new recipes.

I love it even better as I love the tickle the ginger leaves on the tongue.  I love it on toasted bread with kefalograviera cheese.

This combination of sweet, sour and peppery marmalade with salty cheese, is just amazing!! 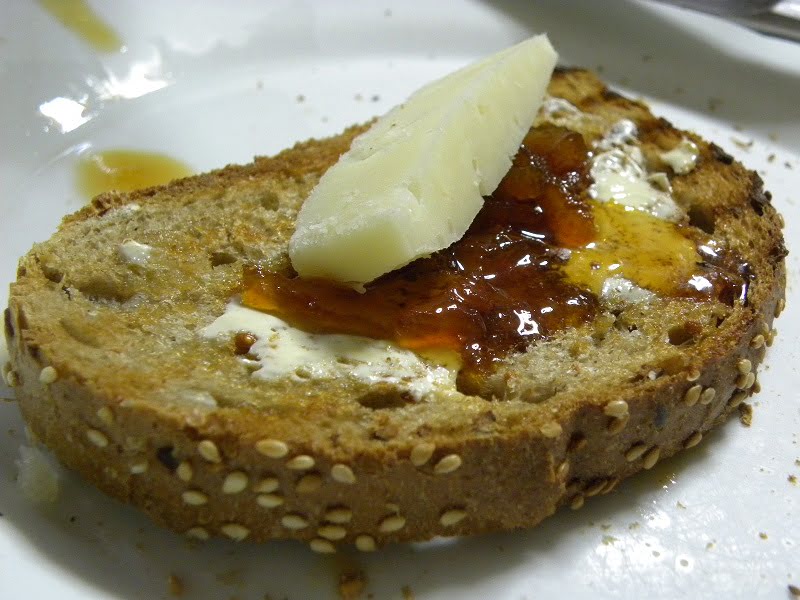 Ruling our all the above, I decided to make a Lemon Liqueur, known as Limoncello, in Italy using the peels and with the juice I would make lemonade and lemon curd.

I started by grating the peel but it was too much work and most of it went wasted.  After grating ten lemons I put the zest in a small bowl with a lid on and put it in the deep freezer to use it when making cakes, cookies, creams etc. 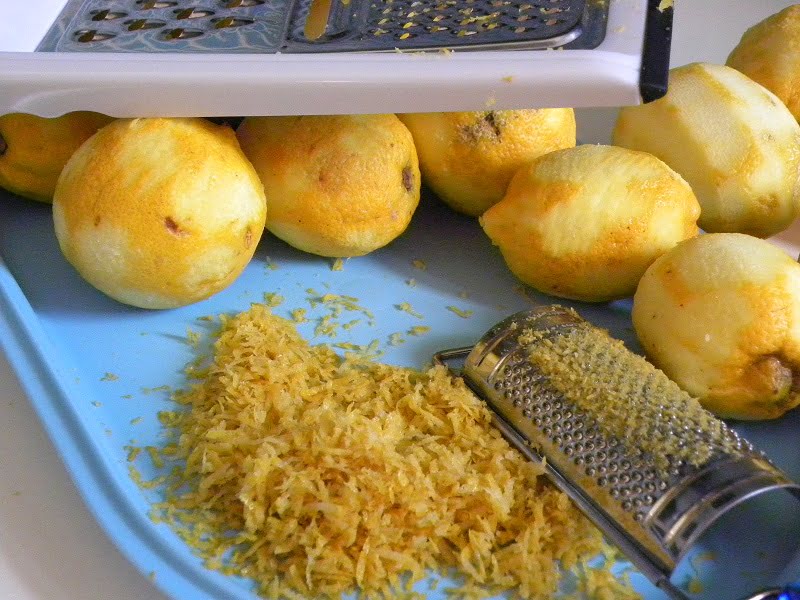 I started by using a sharp knife to get the peel but you need a really sharp knife in order to get just the peel and no visible pith, risking to cut my hands along the way. Eventually, I used my vegetable peeler, which did a great job, with minimal effort and no peel was wasted. 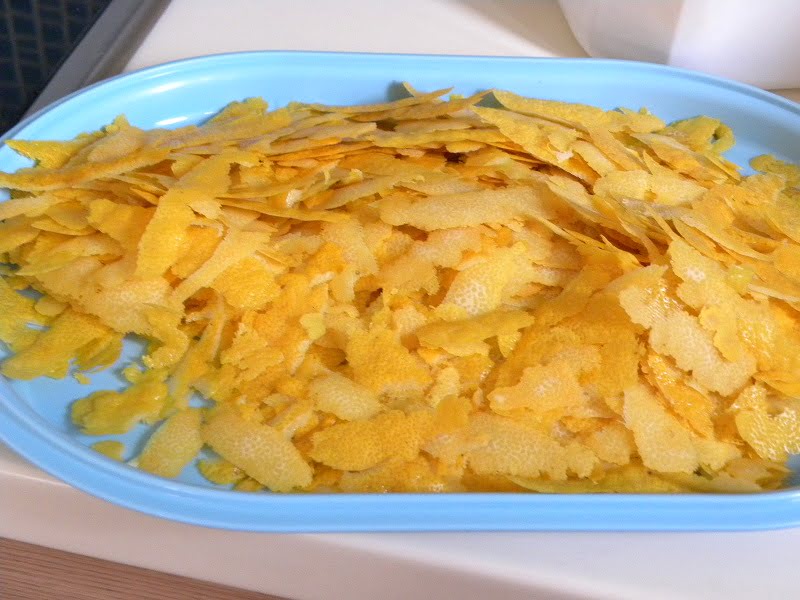 The peel is now steeping in tsipouro and will remain there for a couple of months.   Tsipouro is similar to grappa and is produced mainly in the mainland of Greece, whereas in Crete they make Tsikoudia and Raki and  in Cyprus zivania.

All these alcoholic drinks are the product of distillation of pomace but each one has a distinct flavour.

You can use any of these alcoholic drinks to make limoncello or vodka or any other neutral spirit.  You can find more details about liqueurs, in my recipe for Cherry Pit Liqueur. 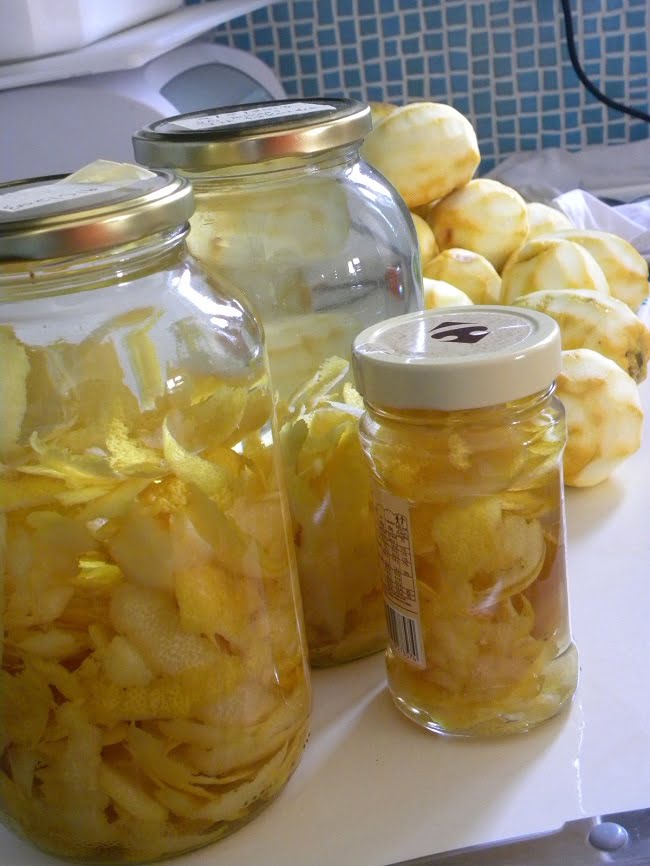 When I finished, I labelled the jars, with the name of the spirit, the number or lemons used and the date to remember when to  make the liqueur.

By mistake, I wrote tsikoudia on the lid, instead of tsipouro, not that  it really matters but just to set the things right I am correcting the lable. 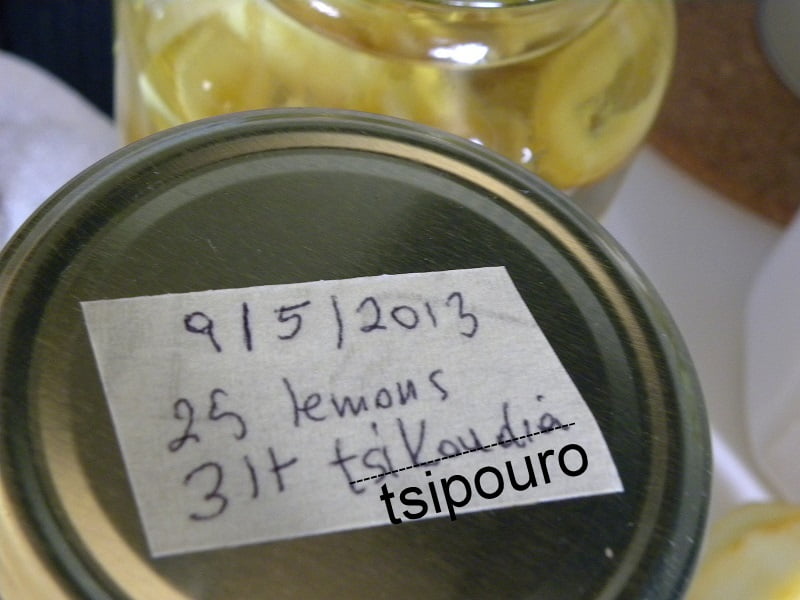 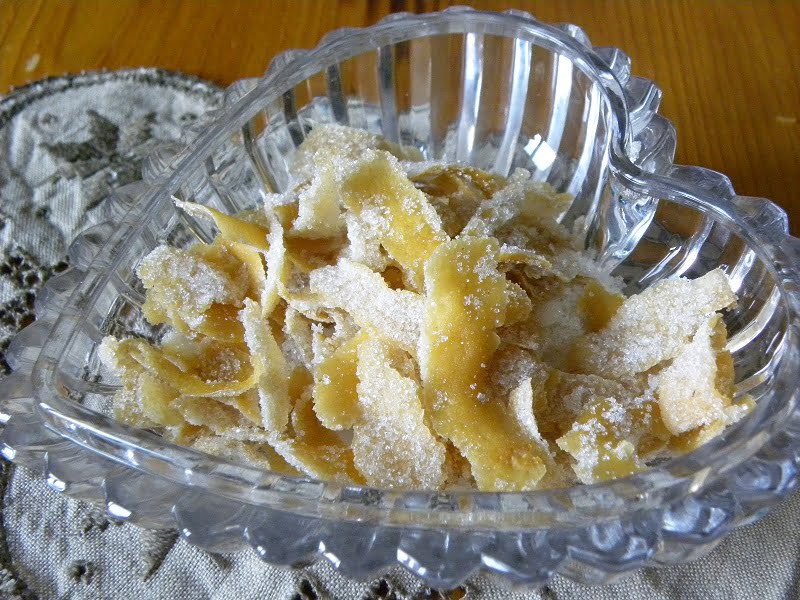 Usually the leftover peels are discarded but instead of throwing them away, I boil them with the syrup for about ten minutes, until they become soft.

I then drain them from the syrup and dip them into sugar. The peels have a slight taste of tsipouro. I let them dry well and store them in an air-tight container.

If you want to make them from scratch I have posted the recipe of candied lemon peels when making lemon curd. 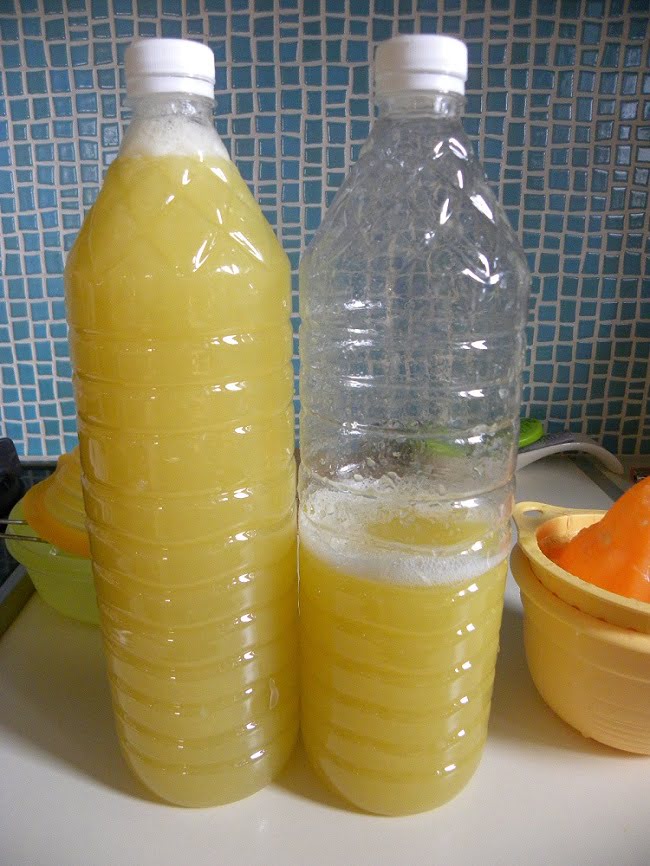 The second bag I mention aboved, had 35 lemons which yielded 2+ litres lemon juice.

One easy way to preserve lemon juice, is to fill ice cubes and store it in the deep freezer. If you have small plastic cups, that works as well, so long as you know how much it contains. (I also do the same  using bigger cups, for orange juice and tomato juice).  Each time you can use as much as you like. 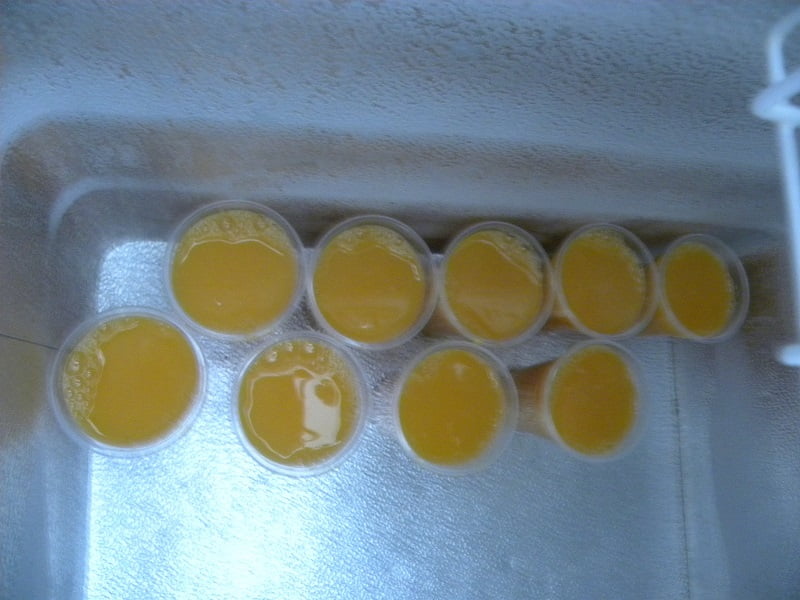 After putting the peels to steep, I decided to make some Lemon Curd which will be used to make desserts.  I’ ve used it in many recipes in the past but also enjoyed it over crackers, cookies, bread or just ate it by the spoon 🙂

This time I did not have enough sugar, so I added some Citrus blossom honey.  I thought I was making something unique but when I google searched it, unfortunately others had thought about it before me. 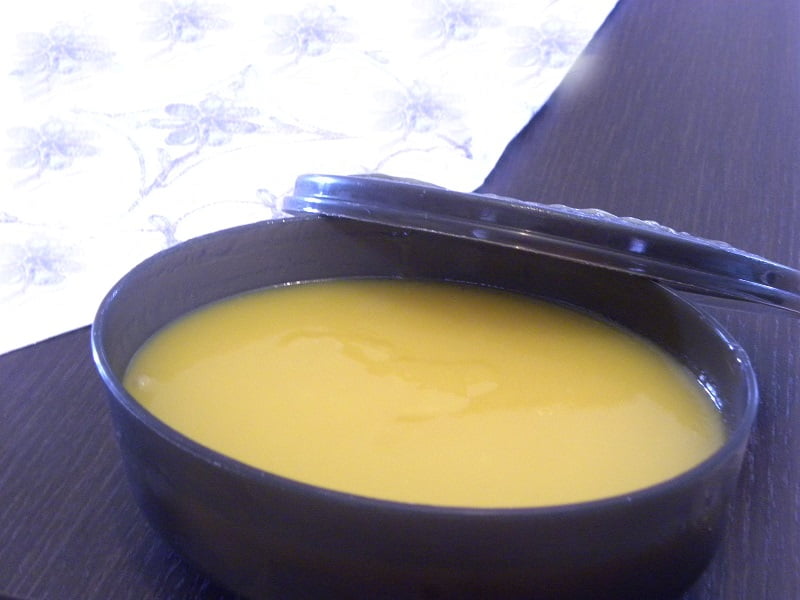 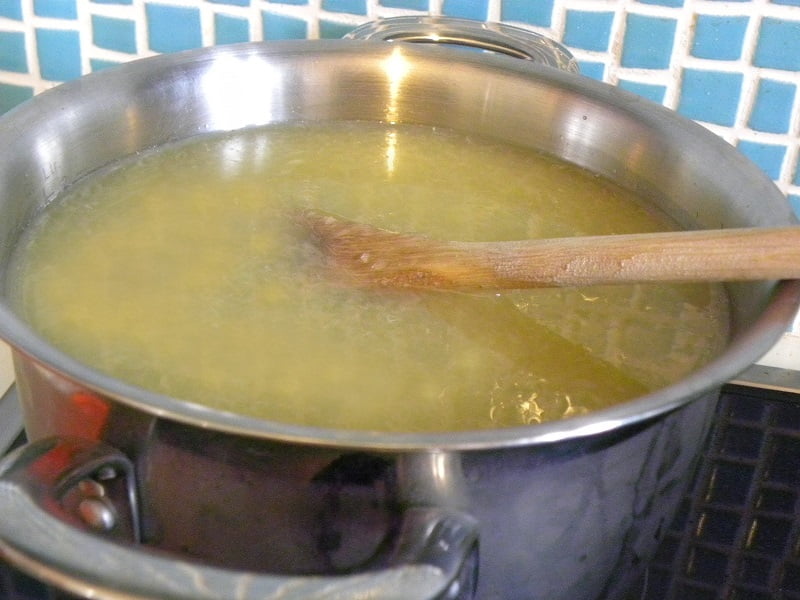 I used 1 litre lemon juice to make Lemon Squash, which is a wonderful summer drink and with the remaining I made lemon ice cubes. 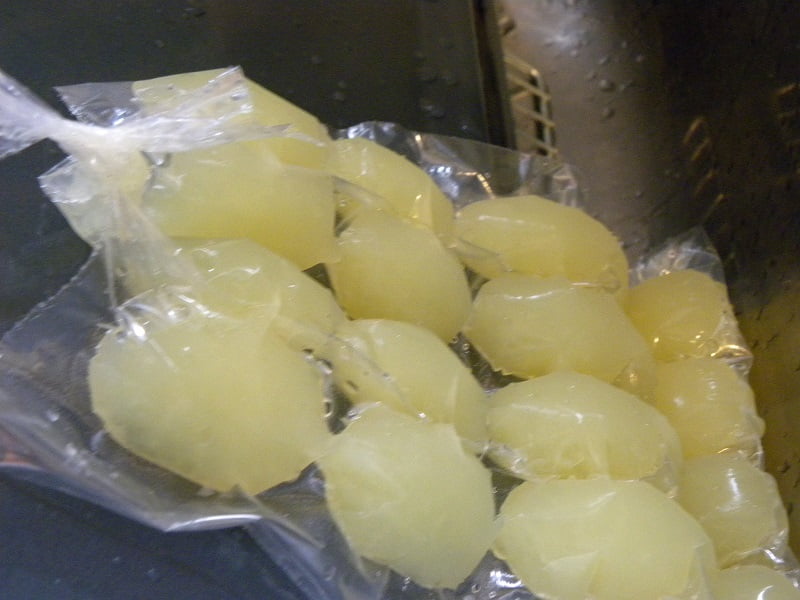 *I used a metallic bowl because I do not have a tea pot here in Assini. 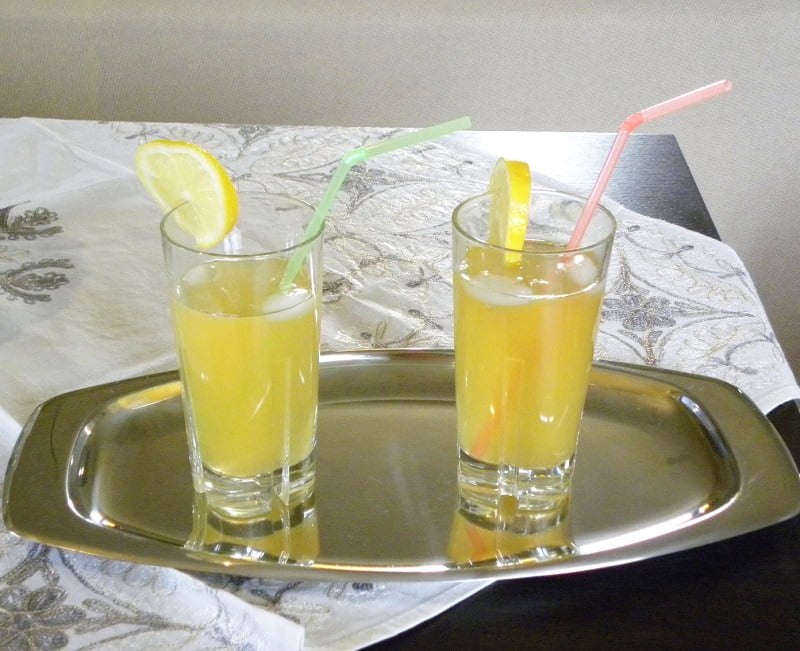 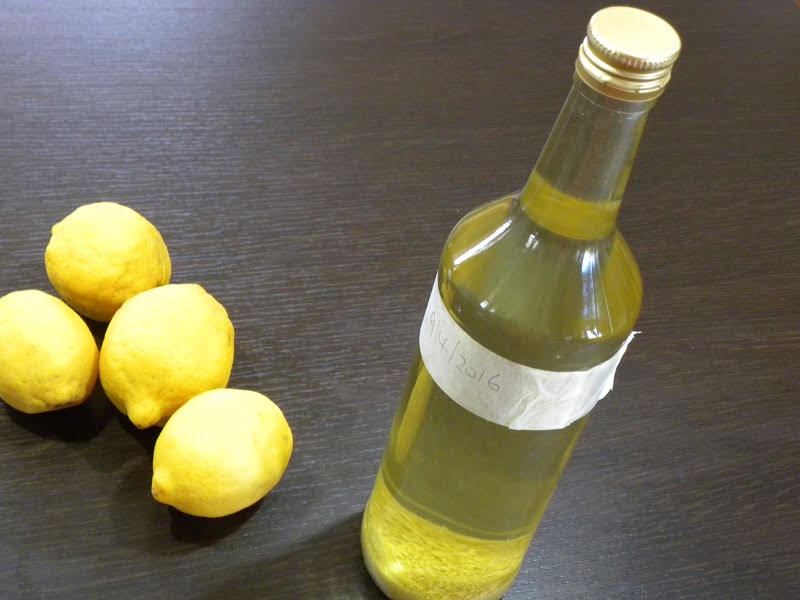 This year, when I made limoncello again, I grated the zest and I put the bottles with the alcohol in the closet.  I totally forgot about them and when  I found them, almost three months later, they had a lovely deep yellow colour.

I wonder, was it the zest or the longer time steeping that produced a darker yellow colour?  Anyway, this is how I will be making it from now on.

In order to remove the zest, pass it through a sieve first and then again through a coffee filter an then mix it with the syrup. 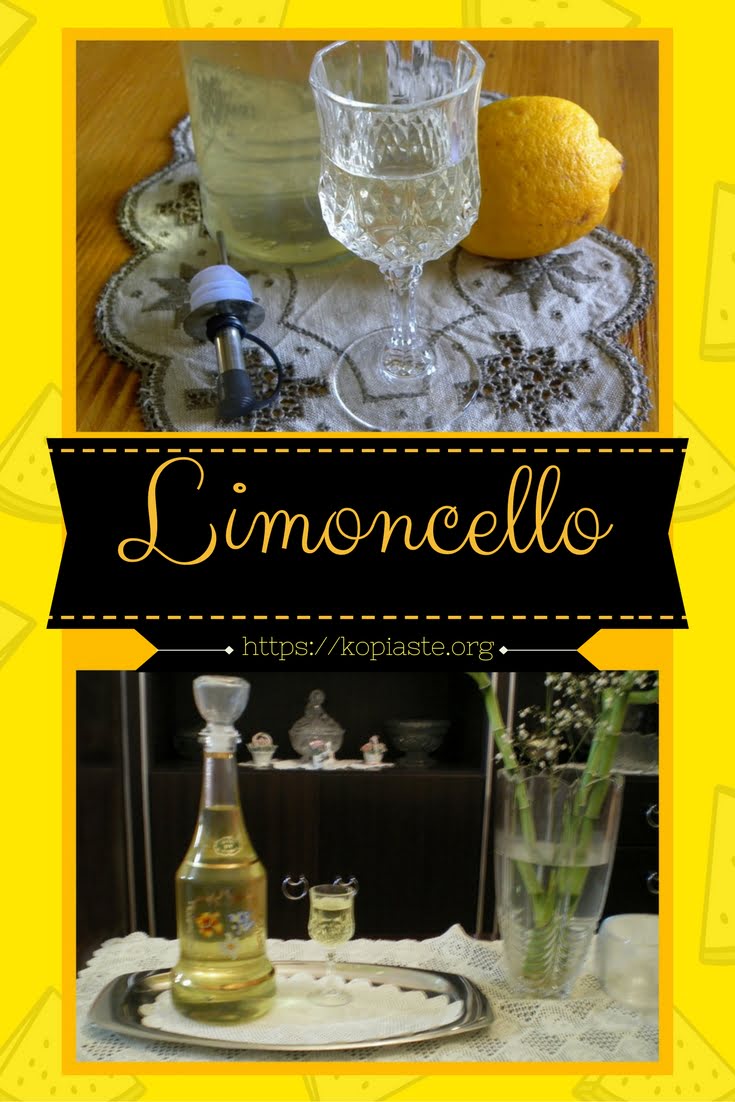 I love limoncello and anything with lemon. I wish I was your neighbour!

I haven't made any of these recipes yet. I have to try them all :D

Happy Cook, try these http://www.kopiaste.org/2007/12/easy-cheese-puffs-with-feta/ they are great. Instead of feta you can add goat cheese or both and instead of phyllo you can use puff pastry, cut square sheets, put filling in the centre and fold into a triangle. Press with fork both sides to seal, brush with egg and bake in the oven until golden brown.

Ivy thankyou, i will go and check the link you gave.