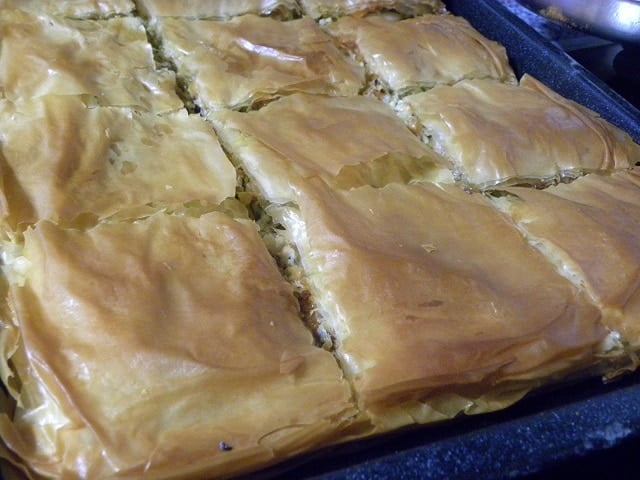 We Greeks like making “pites” ( Greek savoury pies) using whatever ingredients we have at hand.   In my cookbook “More Than A greek Salad”, I have 15 recipes for “pites” using different types of phyllo with various fillings such as spinach, chicken, artichokes, leeks, cheese, meat,etc. 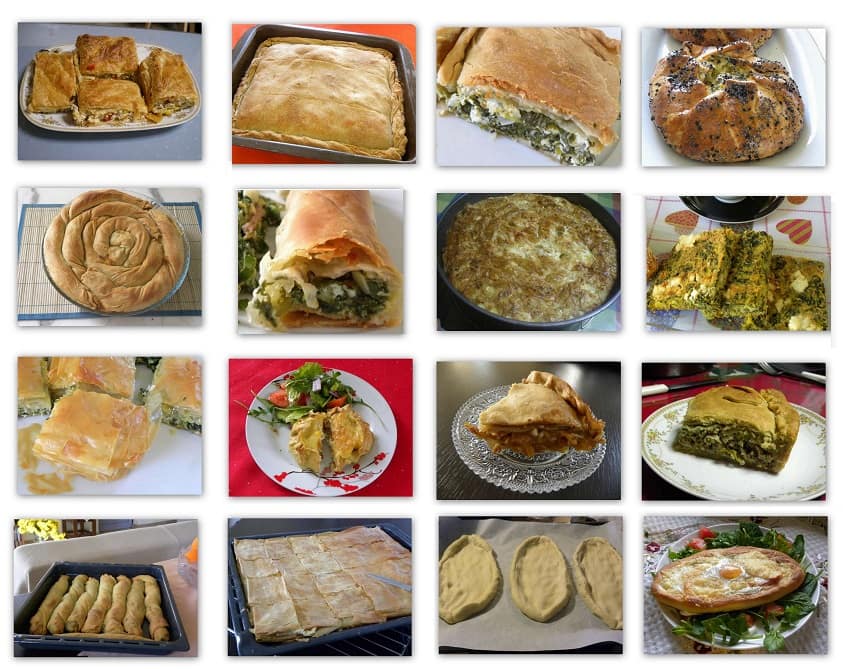 I had some frozen polluck fillets which I wanted to use in order to accompany the Turkey Soup I made today.   Originally, I was planning to make some fish croquettes but I remembered that last week I bought a package of phyllo, which I did not use, so  I decided to make a pie instead.

I used some of the leftover ingredients I had from Christmas, but you can easily make this pie from scratch, without using leftover gravy or fava soup or turkey meat.  All you need is boiled vegetables and broth.   From the ingredients given below, I used less than half the amount.  When I finished making the filling, there was still some liquid in the frying pan, so I added some bulgur wheat to absorb the juices.  Instead you can add some rice, trahanas or even quinoa.  I used graviera, which is one of the Greek cheeses I like in pitas but feta or halloumi can be used instead.

The phyllo I used is called “phyllo kroustas” and is the one used to make baklavas.  The phyllo sheets will be about the size of the baking tin, so when adding the bottom layer, make sure that with each addition, the phyllo will cover one of the sides of the baking tin as well, in order to enclose the filling inside.  Of course, if you like, you can make your own phyllo from scratch or use “horiatiko phyllo” (provençal style phyllo), “sfogliata” (puff pastry) or “kourou” phyllo instead.

As I said I used polluck but you can use cod, salmon, tilapia or other fish fillets.  Don’t use any kind of fish you don’t like as you won’t like the pie either. 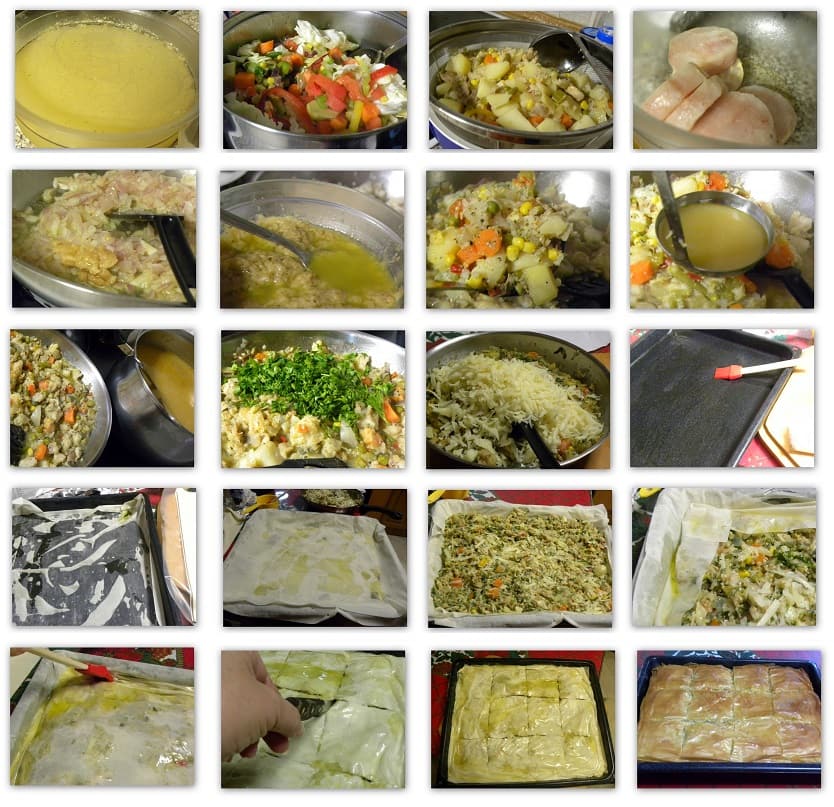 Ingredients I used to make the turkey soup: 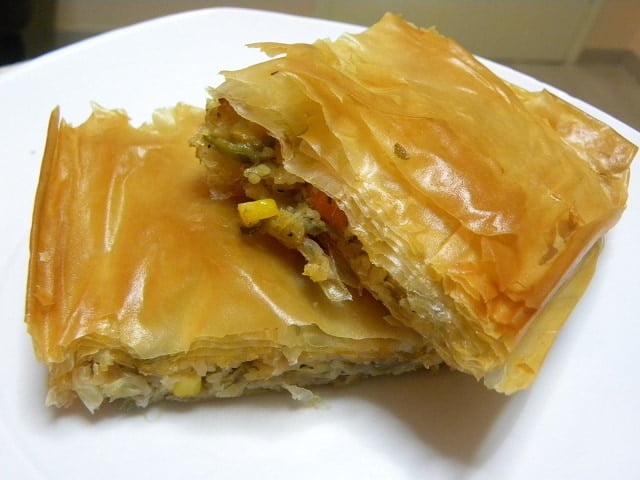 Pites are my favorite! Loooove your prasopita Ivy! This looks so delicious. Good call on making this a pita rather than croquetta.

That looks so good! Just the kind of dish I crave now...