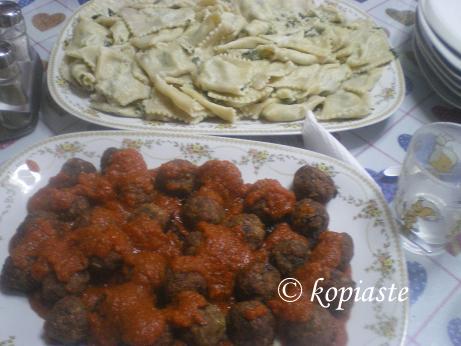 One of the dishes we tried in Rome was ravioli and I loved their sauce. I don’t know what kind of sauce they make but it was delicious and as I had never served ravioli with a sauce before, I decided to make a marinara sauce to serve them. 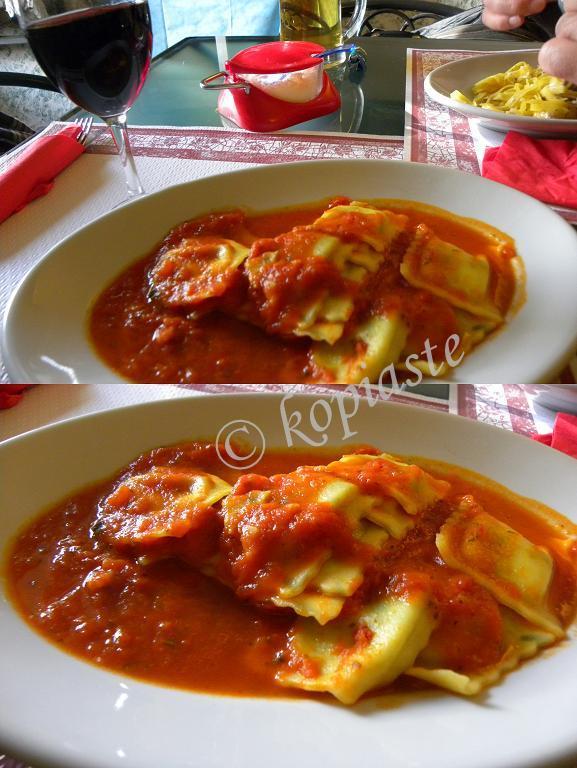 In the Piazza di Campo dei fiori I bought a ravioli maker and when I started making them they would stick to the mold. I don’t know if I did something wrong, I guess may be I should have added some flour to the mold before adding the dough but I did not think about it at the moment and as I was pressured by time I proceeded with the old fashioned way, cutting them with a wheel. Next time, I will try adding some flour. 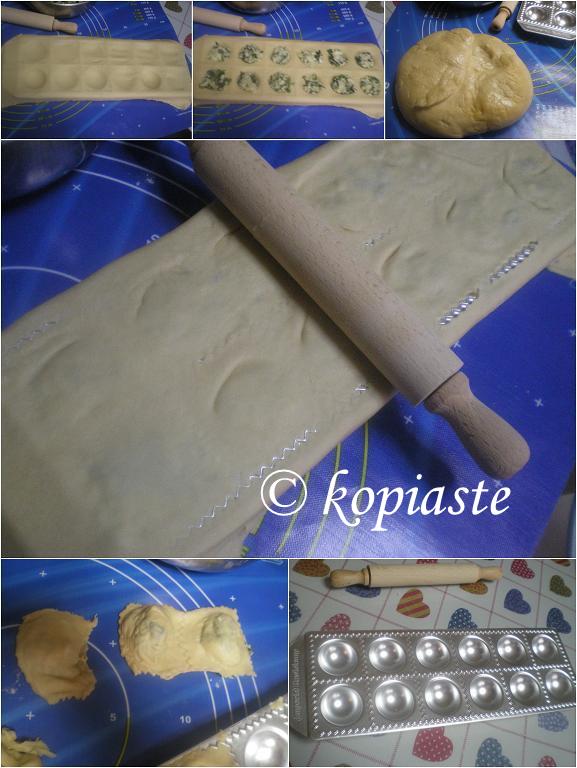 Here is what Wikipedia says about Ravioli:

“Ravioli (plural; singular: raviolo) are a type of filled pasta composed of a filling sealed between two layers of thin pasta dough. The word ravioli is reminiscent of the Italian verb riavvolgere (“to wrap”), though the two words are not etymologically connected.The word may also be a diminutive of Italian dialectal rava, or turnip.

The filling may be meat-based (either red or poultry), fish-based, or cheese-based. Ravioli can be rectangular, triangular, half-moon or circular in shape. Other traditional Italian fillings include ricotta mixed with grated cheese and vegetables such as spinach, swiss chard, or nettles or they may be a puree made of potatoes, mushrooms, pumpkin, chestnut or artichokes.

Ravioli are often topped with a red tomato-based sauce: though tomatoes were introduced to European botanists in the 16th century, tomato sauce makes a surprisingly late entry in Italian cuisine: in 1692. More delicate fillings are often paired with sage and melted butter, or more rarely with pesto– or broth-based sauces”.

This time I kept some of the Italian cheeses to recreate this dish.  I made more dough than was needed, so with the leftover dough I made some malfadine or lasagnettes.  These I boiled separately and served with pesto. 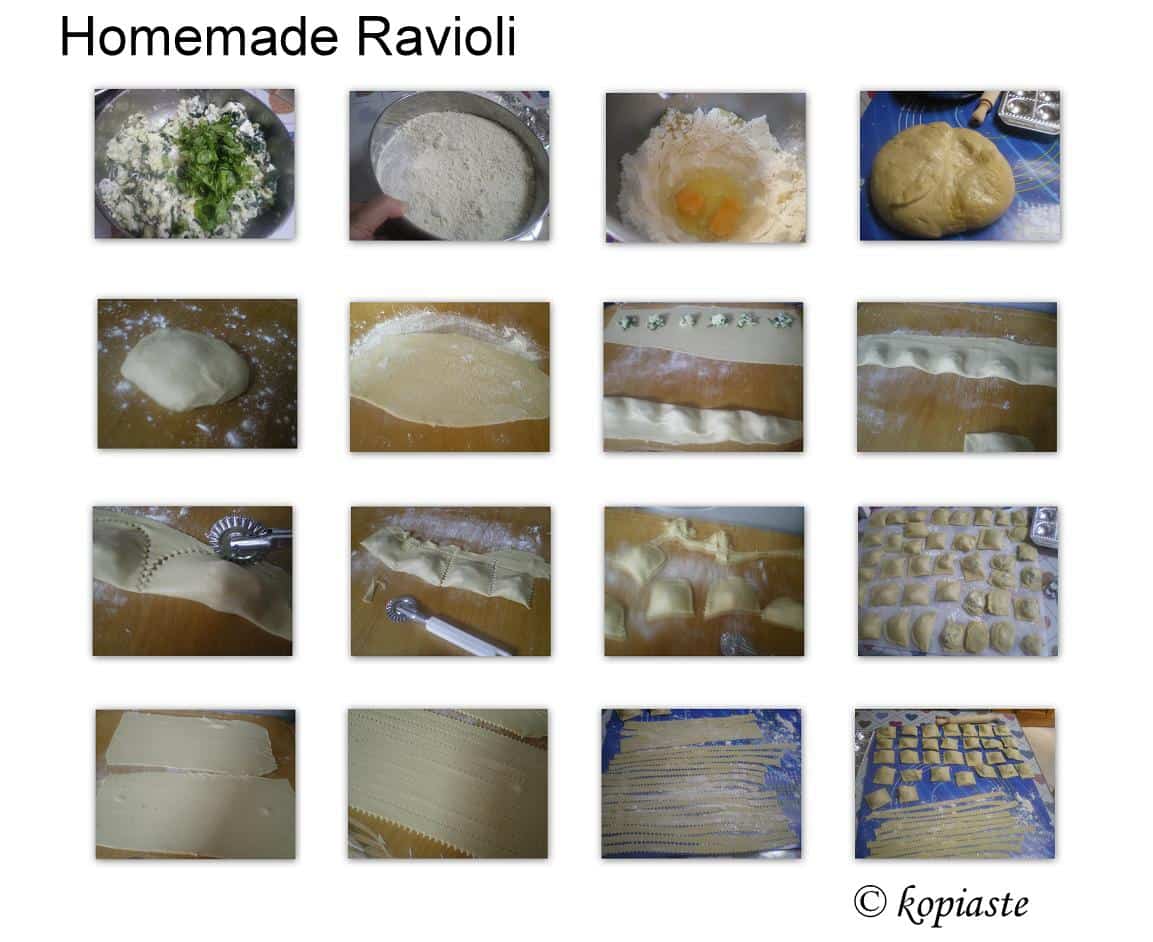 I served the ravioli with Baked Meatballs and Marinara Sauce. 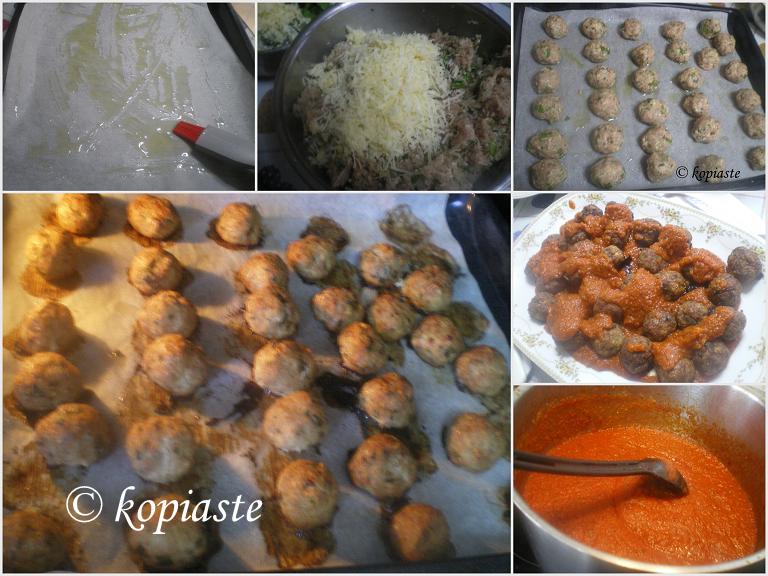 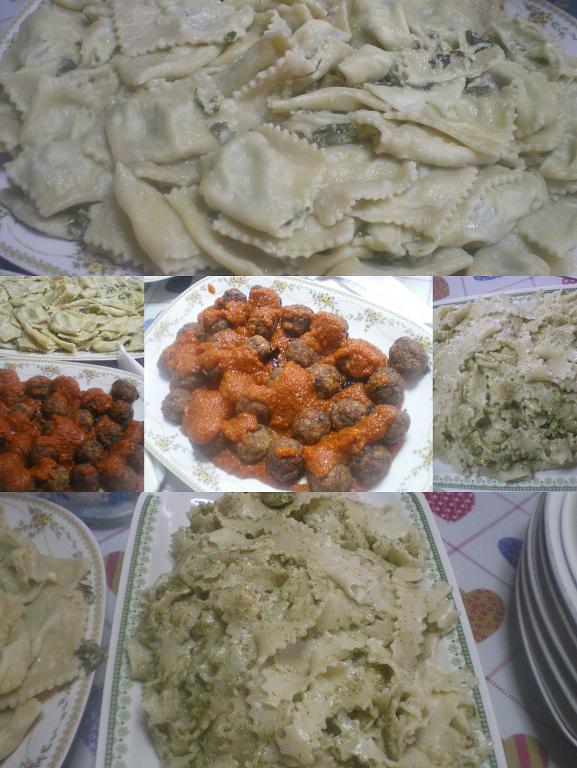 How to make dough and roll out phyllo

Just found my way to your blog thanks to Heni giving me the link for this ravioli. Looks fabulous and I really can't wait to try making my own ravioli!

Thanks Nicola. Hope you enjoy them.

The most commonly served with a tomato sauce. If I recall, you have a Marinara and I'm sure the dish came out well. I sometimes bake a healthwise batch of meatballs too!

Suddenly, I am hungry ! I love this so much !

Love that fabbo tomatoey sauce - ravioli is my fave pasta. Very cool mould too - didn't know such a thing existed. I just think of Jamie Oliver rolling out his dough with a jam jar and pressing round the edges with his fingers to make ravioli!

O how happy I am see to you your ravioli .. I tried to view your Cyrpiot raviolos recipe pix but they did not come out for me. And yes its true homemade ravioli is the best!