These Greek Meatballs in Pomegranate sauce, are perfect on any occasion.  They can be served as a main dish or an appetizer and if formed into small balls, they will be one of the best party foods, which will disappear in no time!

I have written in the past about the Greek and Cypriot meatballs and what distinguishes each kind.  I have also written about the spicy meatballs, which are called Soutzoukakia Smyrneika, which come from Asia Minor, which are cooked in a rich, spicy tomato sauce.

These meatballs are served in a delicious pomegranate sauce but when pomegranates are not in season, you can make them in a tomato sauce and they are equally delicious! 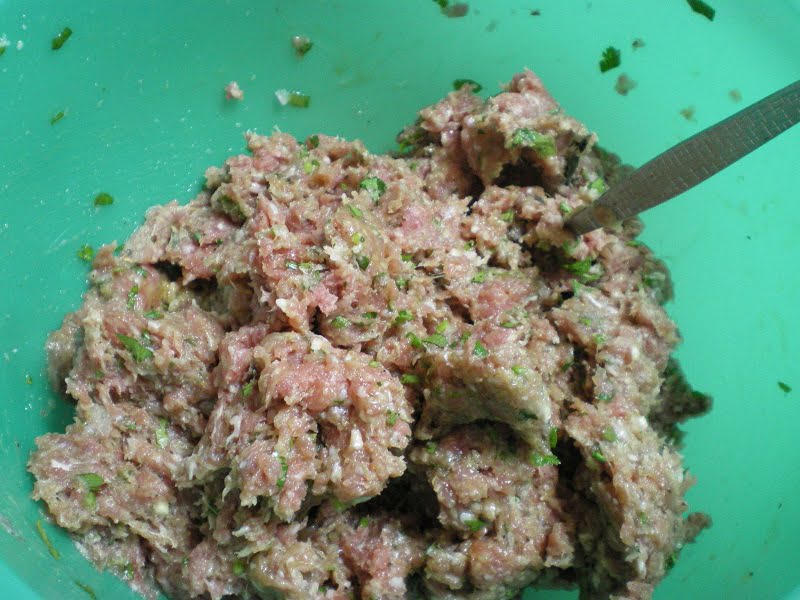 Every family has its own keftedes recipe but I think the main ingredients which distinguish the Greek meatballs are the ground meat, which is usually veal or beef, the bread which is mixed with the ground meat to make them soft inside and the Greek herbs: oregano or dill, garlic and parsley which give them their flavour. 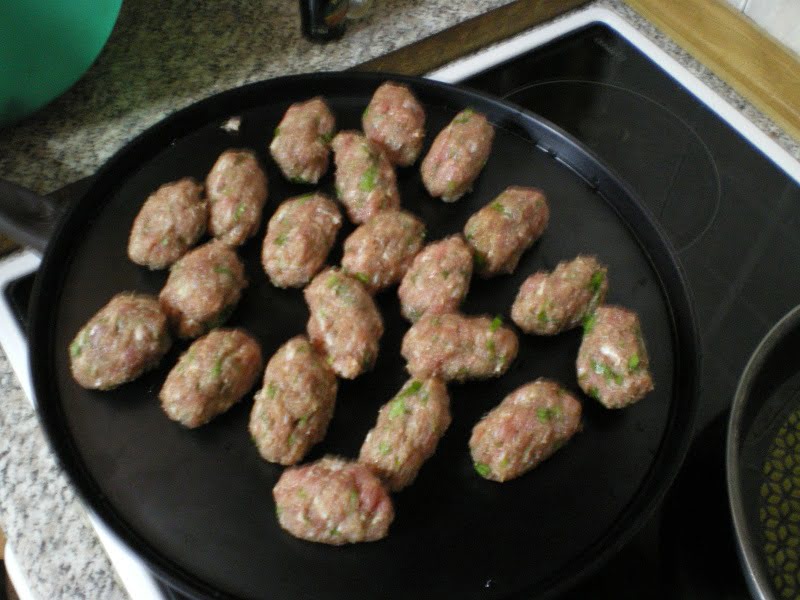 Ancient Greeks and Romans used to eat them and food historian Francine Segan has included them in her book In Philosopher’s Kitchen: Recipes from Ancient Greece and Rome for the Modern Cook. 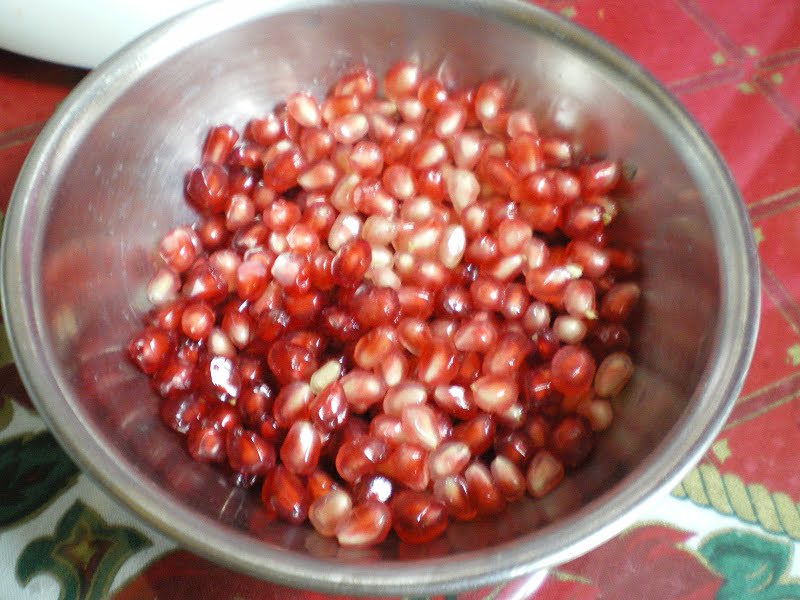 In this book there is a recipe Meatballs in pomegranate sauce. 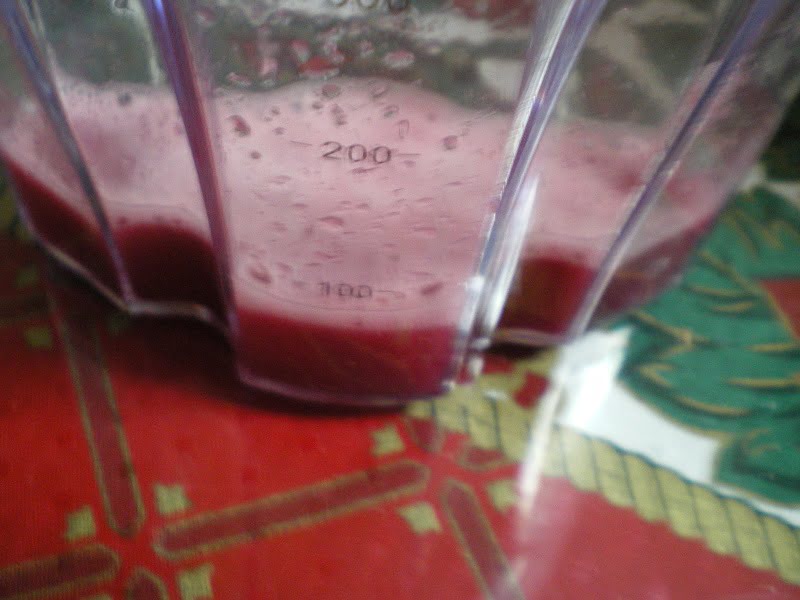 I have tried to find the original recipe, as given in the book but the only recipe I found was one in Group Recipes which had a mention to this book, so I have borrowed the sauce from there but again I did not stick to the recipe. 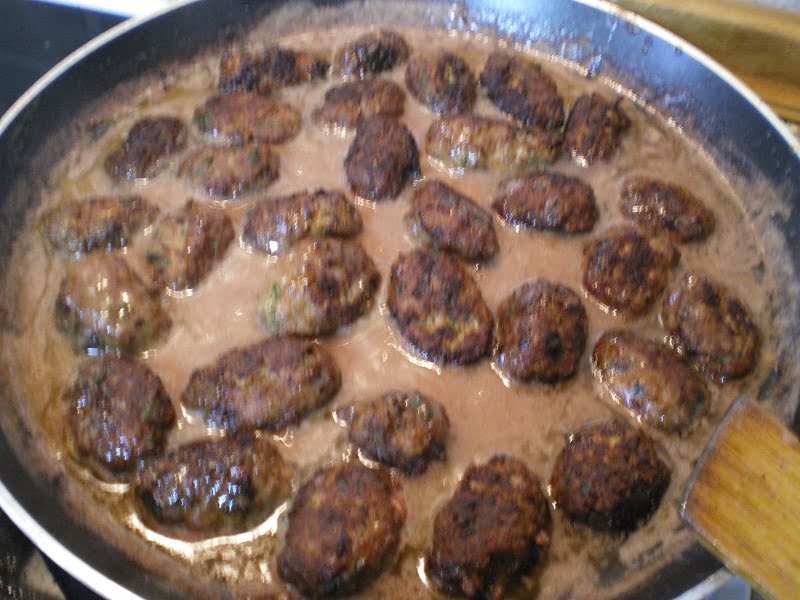 This is my entrée for Hey! Get cooking, Offer Seth Godin great Meatball recipes? hosted by Serge, at Serge the Concierge. 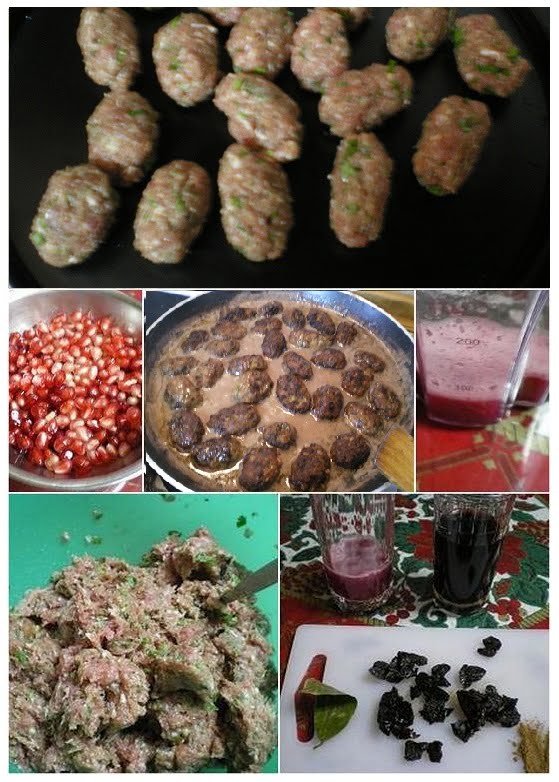 This recipe for keftedes sounds great. I love the use of pomegranate in unexpected places.

Yes Laurie we liked them very much but i'd say they do not taste like the Cypriot meatballs. I'd say like the regular meatballs but with a nice sauce but neither sweet and sour as Peter says.

Did you like this, Ivy? How does it compare with your regular keftedes? It looks quite interesting.

I'm quite pleased with seeing this dish. I like the "xyno-gliko" nature of this sauce.