I was inspired to make this cake, after a trip to Parnonas, a mountain range on the East of the Evrotas Valley, which separates Arcadia from Lakonia.

The summer is here for good and we’ve been having high temperatures.

The financial situation, the politics and the corruption of all Greek Governments in the last decades were catastrophic and we had no idea about it.

Suddenly those imbeciles, who have been stealing the people and who have been eating with golden spoons have decided for us “without us” that they should start from the low and middle class, cutting down salaries and pensions while the 300 members of parliament enjoy huge salaries and fringe benefits and the employees working in the House of Parliament are paid 16  salaries a year!!!

The economic crisis is affecting us day by day and thousands of indignants gather every day at Syntagma Square (Constitution Square) to protest about this defacto situation we can do nothing about.

As I was saying the summer is here for good and I don’t think that this year or in the years to come, we will have any money left for vacations.

We will, however, try and do the best we can to cope with what we have and still enjoy the beauties of Greece on a low budget.

Last summer, even before the crisis we did not go on vacation but we did get away a couple of weekends and visited our relatives in Sparta for a few days.

There we had the chance to visit my brother-in-law’s village, Vamvakou, which is on Mount Parnon or Parnonas,  the other mountain range of Peloponese, just opposite of Taygettus, which separates Laconia from Arcadia.

Vamvakou, is approximately 38 km from Sparta,  at an altitude of 950 meters, situated on the west side of the highest peak of Parnonas, which was mentioned by Hesiod as the Kronio.  A beautiful village retaining its old style with most of its houses restored and with endless forest surrounding it.  The area is full of trees, mostlly walnuts and  chestnuts, flowers, beautiful fountains and a large variety of birds.   A place, where you can enjoy the magic colours in spring or autumn, cool weather during summer, due to its altitude and the charm of the snowy landscape during winter.

The village keeps its traditional line in all its houses and has lost none of its old charm. The traditional architectural style built or restored in recent years, several houses from locals and Greek immigrants.

There is a guest house at the village and for those who love trekking there are several routes starting from Vamvakou as well as several shelters on the mountain.

From Vamvakou you can visit Karyes, also called Arahova, in Slavic.  The word Karyes means “walnut trees” and Arahova takes its name from slavic word orechova which means the same thing.

(The sign is a quote from Pausanias:  “The village Karyae, is the village of Artemis and the Nymphs…”)

The village of Karyes (ancient Greek Karyae)  is just a few kilometres from Vamvakou, near the borders of Arcadia and is known from antiquity.  The famous Karyatides on the Erechtheum of the Acropolis were named after this village.

In ancient Greece, Karyae (Καρυαί) modern Greek Karyes, was a polis (city state) where “Karyateia” were celebrated in honour of Artemis.  During these celebrations young virgin girls would dance around the statue of the goddess.  The girls were beautiful, danced with grace and became famous for their artistic and harmonious dance.  Other girls from other city states who joined them, were also called Karyatides.    These celebrations continued after the destruction of the city of Karyae by Sparta.   This is mentioned by Pausanias, who was a Greek traveler and geographer, who passed from the city during the 2nd century A.D.  The statues of these young girls, wearing peplos (a garment worn by the Doric women), were made to support the roof of the south porch of the Erechtheum.

The originals which you see above are in the Museum of the Acropolis and one stolen Caryatis is in the British Museum.

A replica of the Caryatides is also found in the village of Karyes.

When we went to Sparta during Easter my sister-in-law gave us some walnuts, from their walnuts trees in Vamvakou.  I must say they were the most delicious walnuts I have ever eaten.

Walnuts in Greek are called karydia (καρύδια) and a traditional cake made with karydia is called karydopita.  This cake has lots of walnuts in it and when it is baked, it is then moistened with a simple sugar syrup.

I have posted most of the Greek traditional recipes (including Karydopita) during the early stages of blogging and since then I have never made the recipe again to add a better picture, so forgive me for this.

I have been seeing cakes with beetroots and wanted to make one.  However, each time I was reluctant as I know that if I mentioned the name beetroots  my family would never eat it.  I had the vacum packed beetroots in the refrigerator for a couple of months until the idea struck me.  I decided to make something familiar which they loved and camouflage the beets with Lakonian products:  walnuts, oranges and olive oil.

The cake was amazing. It didn’t taste of beetroot but had a great earthiness to it. The cake was extra moist and fragrant with orange and punctuated by the crunch of walnuts with a dense yet airy crumb, this cake is definitely a surprise which everybody loved.

This cake goes to my event Creative Concoctions #5:   Cakes with Olive Oil, created and hosted by me here in Kopiaste to Greek Hospitality.  If you wish to win some Greek Extra Virgin Olive Oil, you still have until the 12th June to send your entries, so hope to see some of your creations. 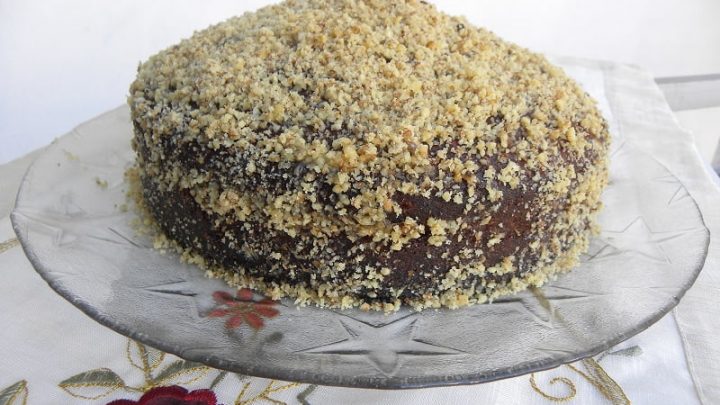 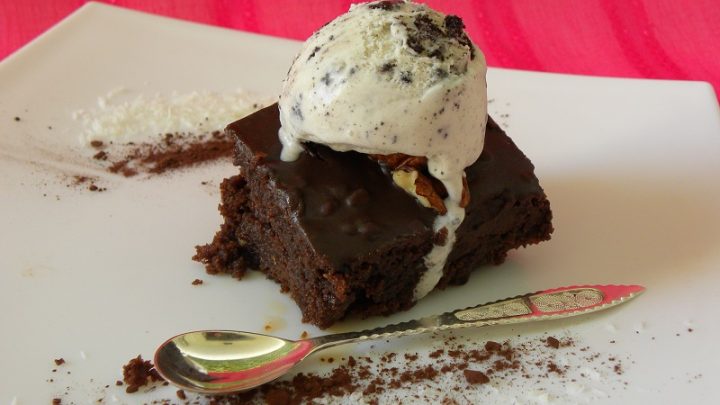 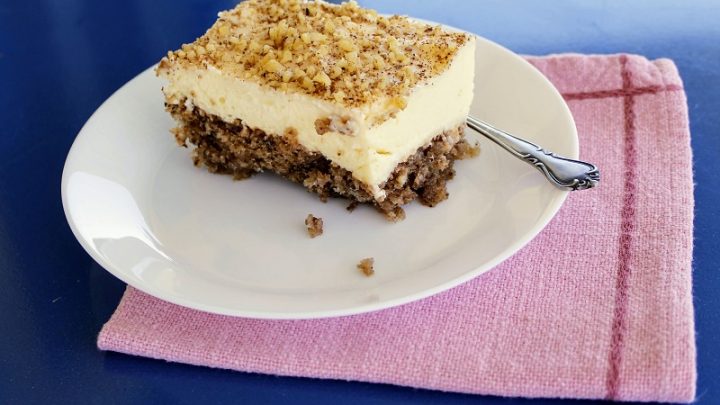 Spatula Kalambakas is a sponge cake with nuts, which is then wet with a light syrup and topped with a pastry cream. 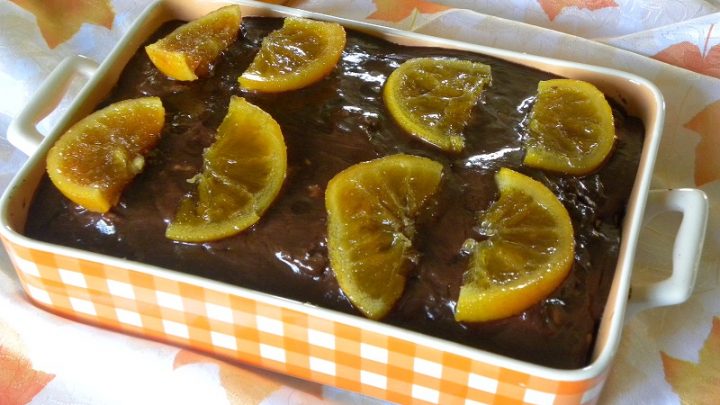 Walnut Cake with Chocolate and Orange

This walnut cake is one of the most delicious, Greek cakes which is based on the traditional recipe for Karydopita. 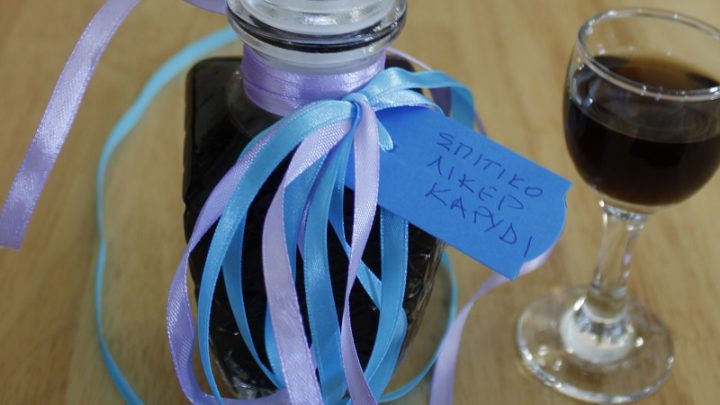 Karydaki Liqueur, a traditional Greek liqueur made with unripe green walnuts. It is is easy to make but takes time to macerate and then mature. 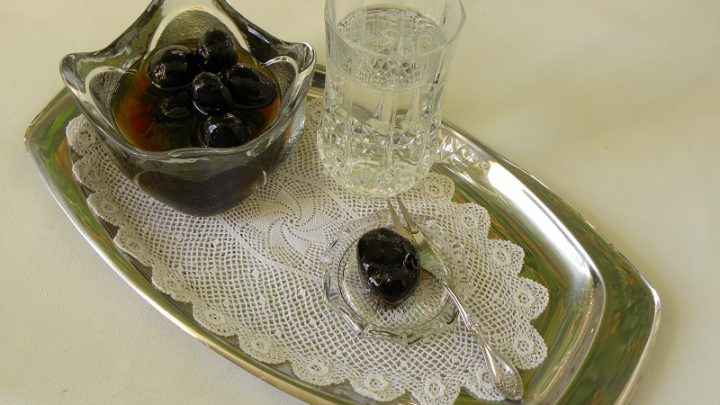 Karydaki, which means young walnut, is one of the best Greek traditional spoon sweets.   The preserve is made with unripe green walnuts  at the end of Spring. 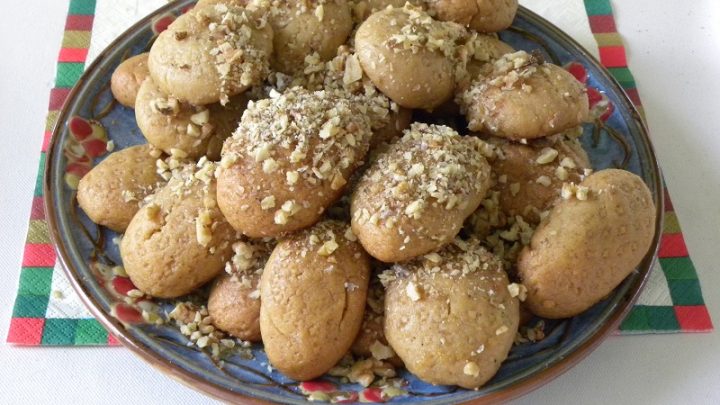 Melomakarona are Greek Christmas cookies made with olive oil and flour or semolina. They are then drenched into a honey syrup and walnuts are sprinkled on top. 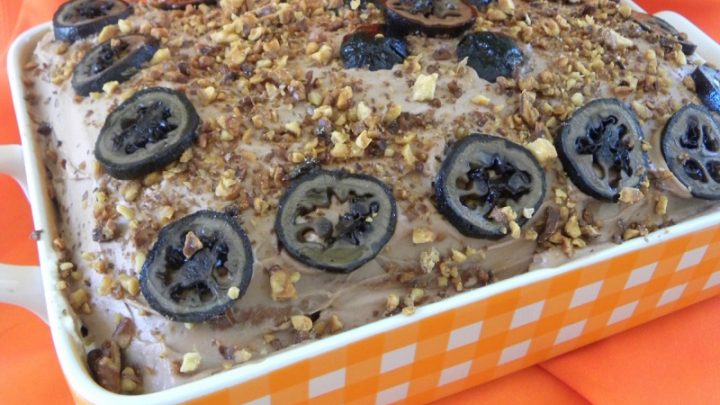 This banana bread is made with Greek products, such as Greek yoghurt, walnuts, cream cheese with praline, mastic resin and on top Karydaki glyko (a walnut preserve). 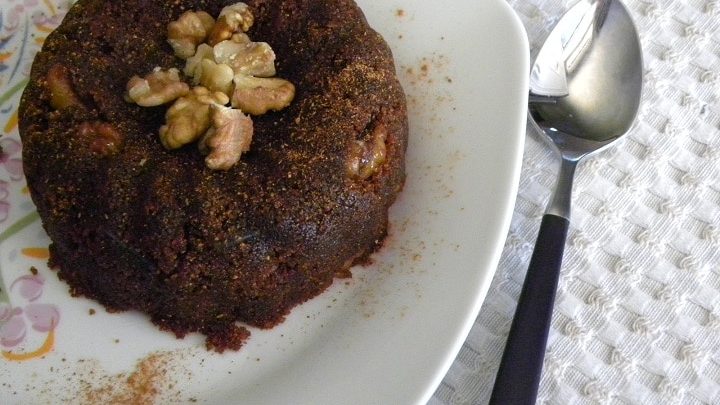 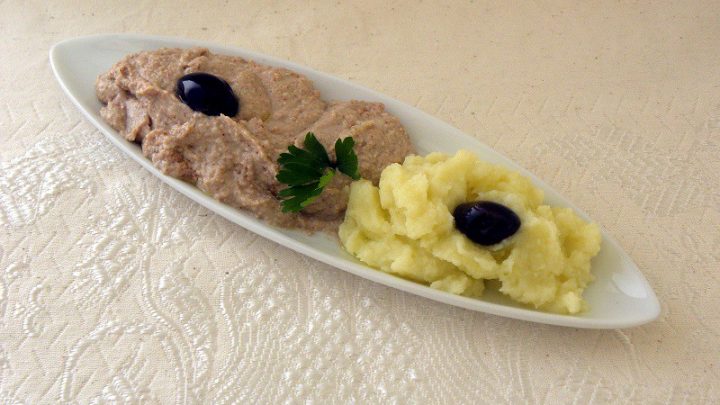 This is a different Skordalia from Thrace, made with garlic, stale bread and walnuts. 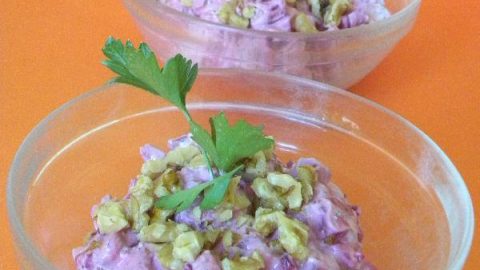 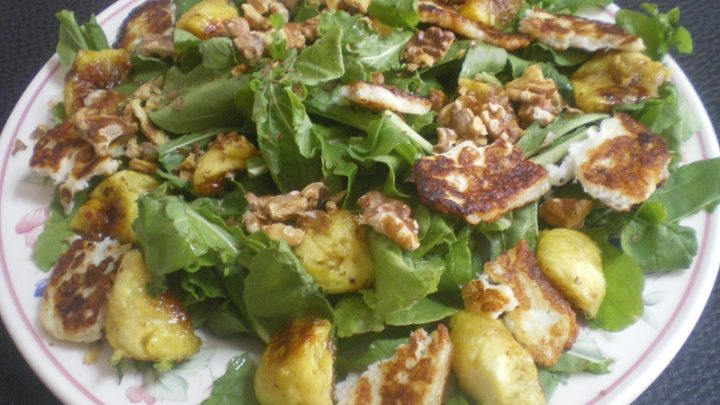 This rocket salad with figs, fried halloumi and walnuts is so delicious it could star as the main attraction on your dinner table. 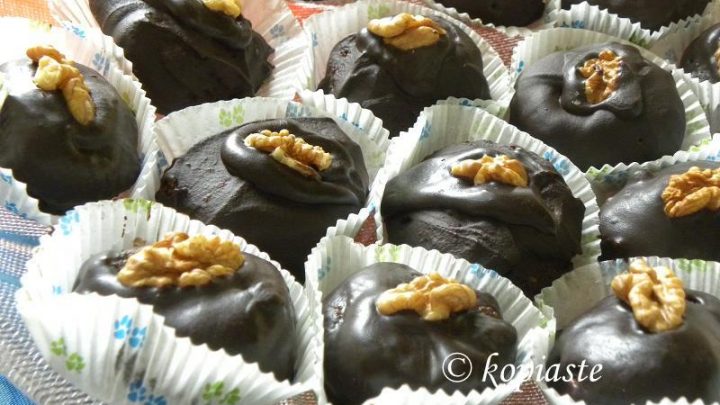 Healthy Karyokes (walnut - chocolate dessert) and a visit to Issioma

[…] Chocolate and Beetroot Karydopita by Kopiaste. A greek inspired cake. […]

Nice post. The desert looks amazing, it makes you eat the picture. Thank your for this lovely information of the places that we can visit.

Greece is one of the historical country that we've known.Goddess and Goddesses belongs to their area.

I love chocolate ganache! I can hardly wait to try your recipe.

It would be nice visiting Greece. The country is beautiful and the Greeks have a rich culture.