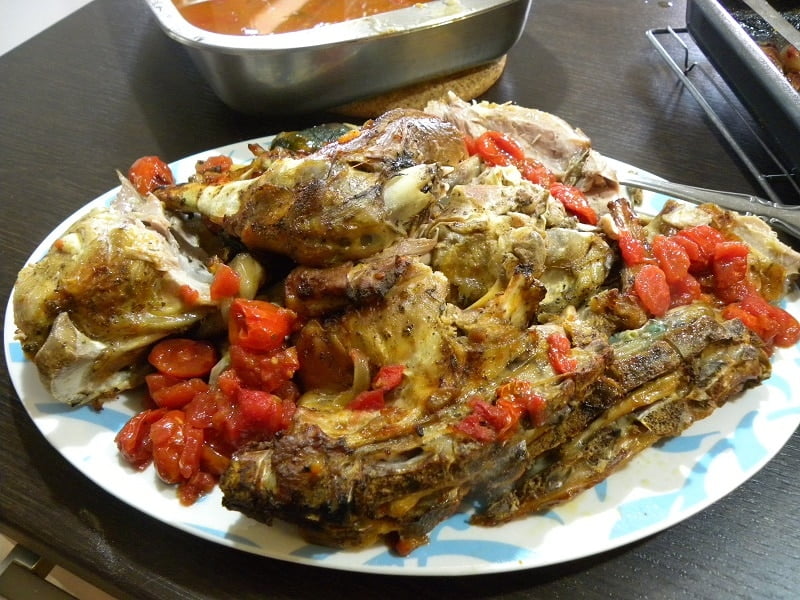 Bogana is a traditional holiday dinner dish from Argolida, Peloponnese, with Leg of Lamb, roasted with whole baby potatoes and tomatoes.

What makes it different and more delicious from other roasted lamb recipes, is the addition of ewe’s and goat milk butter which gives its wonderful taste.

Bogana takes its name from the dish it is cooked it, which is more commonly known as “gastra” in Greek, which is similar to a Dutch oven.

Traditionally this dish was baked in a wood fired oven or in a fireplace covered and surrounded by ember.

However, as this old method of roasting is almost disappearing, a good way to mimic this is to cover the baking tin with parchment paper and then with aluminum foil, so that it is slowly roasted.

As you may notice in the video I have left the caul fat on the leg.   If you still buy your meat from a butcher, ask your butcher to give you some.  This gives moisture to the meat and an incredible taste to the meat and potatoes.

I start by putting that side down first so as when I remove the aluminum tent and turn the meat and potatoes over, the caul fat melts and penetrates the meat, giving the skin an amazing crispy crunch and flavor!

Instead of lamb you can add goat.

Instead of baby potatoes, you can use any potatoes suitable for baking, cut into big chunks.

Potatoes with skin on , have a lot of vitamins, fibre etc., but before using them give them a good scrub first to remove dirt and cut out any blemishes.

However, If you don’t like the potatoes with skin on you can peel them.  However, I urge you to give them a try before rejecting them as they taste far better with the skin on.

Instead of baby tomatoes, you can use other tomatoes, cut into smaller pieces or use only tinned tomatoes.

The traditional recipe is baked with only ewe’s and goat milk butter.  However, in order to make it healthier, with less cholesterol, I added less butter and more olive oil.

For older lamb or goat, you will need more time to roast it.  I would suggest that you give it half hour more before removing the aluminum tent.

Try this dish and you will not regret it.  The meat will be succulent, moist and tender and the roasted tomatoes and potatoes will have an incredible taste!

Greek lambs or goats come with a blue seal, in order to distinguish them from imported meat, which have a brown seal. They are of a higher quality and much more expensive than imported meat.

I tried to remove as much as possible, just because I don't like seeing it on the meat but otherwise the seal is not toxic and can be eaten with no problem. 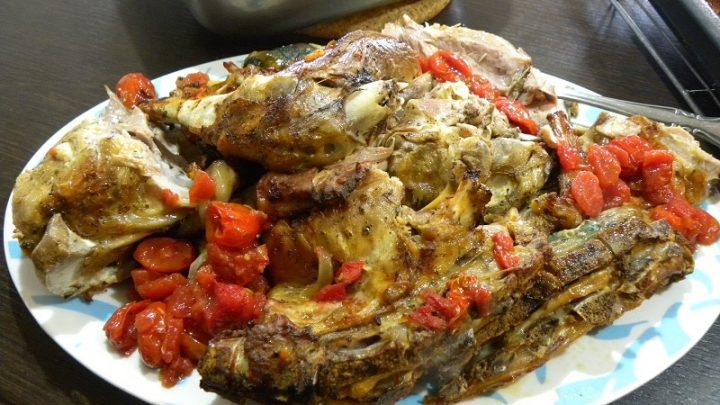 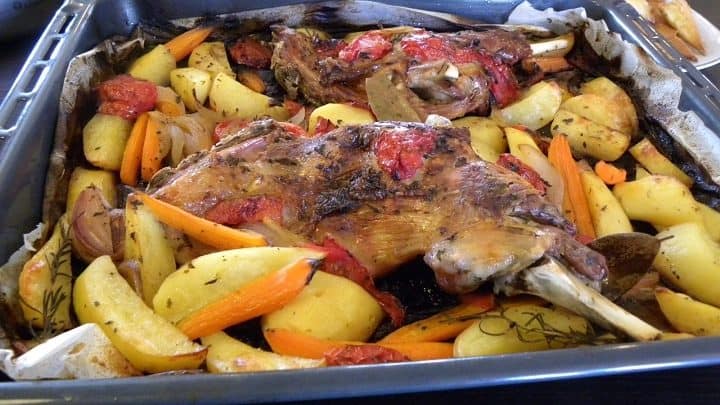 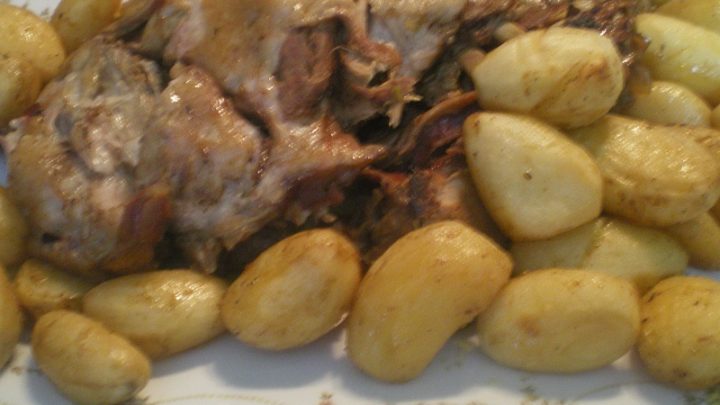 Agriogourouno sti gastra (pr. ah-ghree-oh-GHOU-rhou-nho sti GAH-strah), is wild boar, marinated and slowly cooked in a "gastra" which is a Greek Dutch oven. 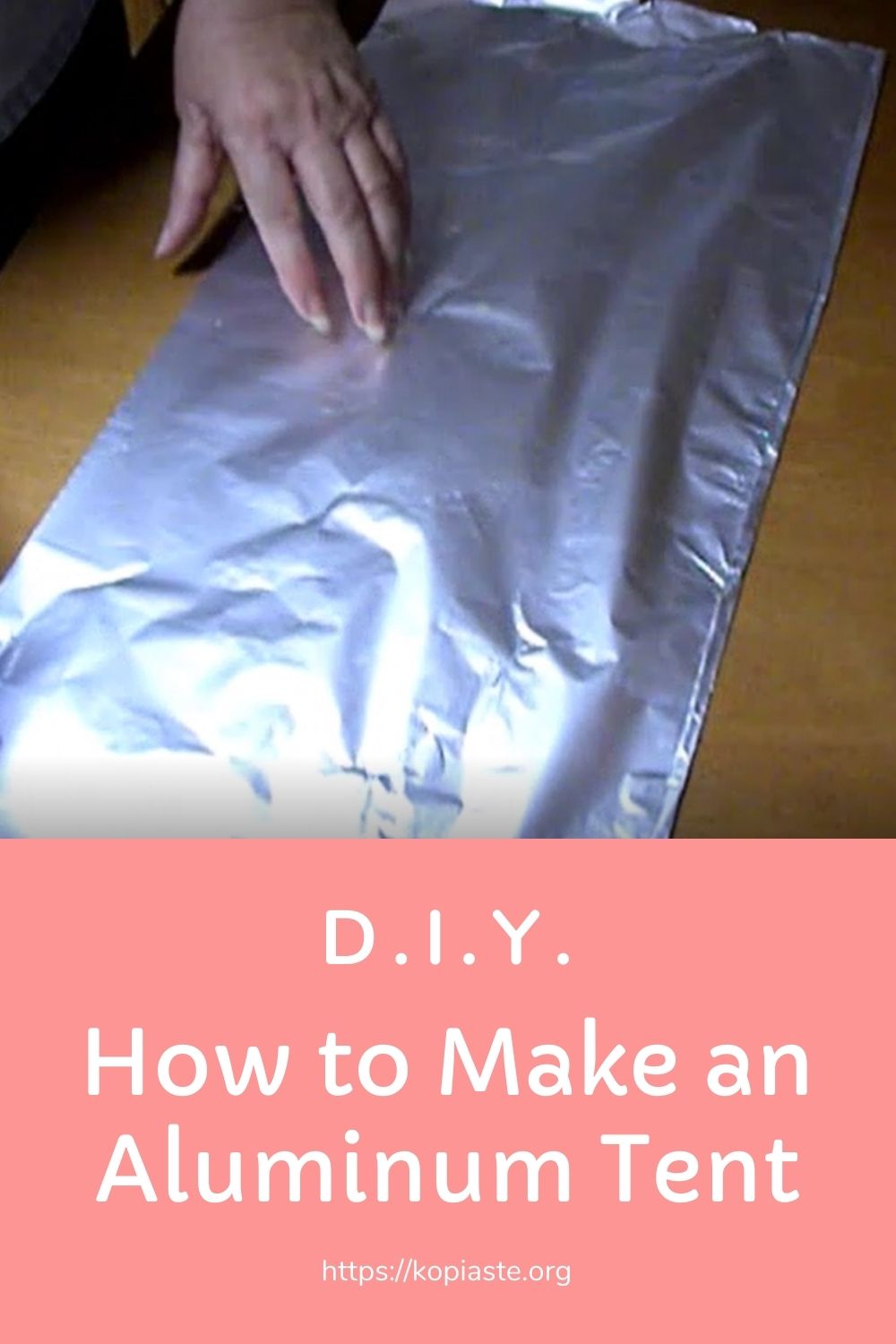 Previous
How to make an Aluminum Tent 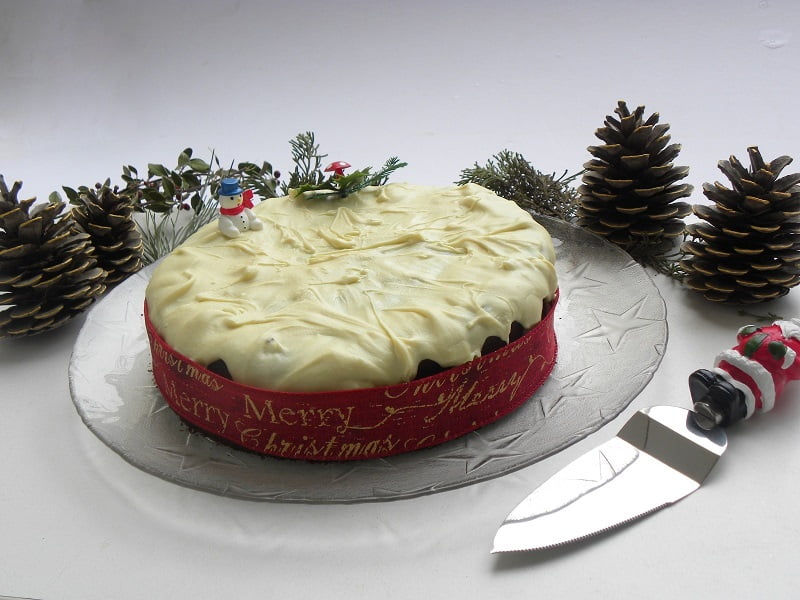 Nice Share, i will sure try it.. it looks Awesome.

I just can't get enough of your blog. I wish I had more time to cook all these delicious recipes. Thanks.

Nice Share, i will surely try it.. it looks Awesome Thanks

I have never had a lamb or goat...this looks GREAT for the meat lovers.