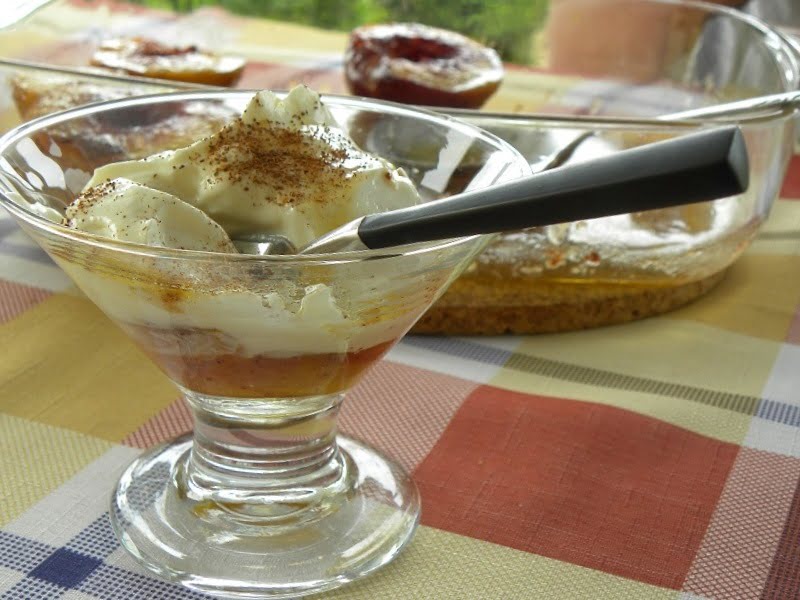 These baked peaches with butter, honey and cinnamon are so easy to make as it only takes five minutes to prepare them and fifteen minutes to bake them.

The addition of butter, honey and cinnamon makes a caramelized syrup to serve them with.

Summer is the season of the most delicious fruit and among them peaches are one of them.

Peaches contain vitamins C and E, they are a good source of soluble fiber, calcium and other health benefits.

Therefore, they are ideal for those who pay attention to their diet as they contain few calories and a large amount of vitamins.

Peach season is almost over, so next time you buy some, try these baked peaches while you still can.

You will have a dessert ready in less than half an hour from the time you preheat your oven until you are ready to eat them!

How to prepare Baked Peaches

While you are preheating the oven, wash the peaches, cut them in the middle, remove the stone, cut a knob of butter which add in the cavity, drizzle some honey on top and sprinkle some cinnamon.

Put them in the oven and bake for fifteen to twenty minutes, or until you can pierce them with a fork.

If you want to make them vegan, you can follow my recipe for Baked Apples.

You can serve them with  whipped cream (vegan or not),  or with scoops of ice cream, sour cream, or for a healthier dessert, just Greek low fat yoghurt with honey.

These peaches can also be used in salads. See my salad with Rocket (Arugula) with Haloumi and Peaches.

They are also ideal for breakfast with Greek yoghurt and granola.

If you are vegan or lactose intolerant, you can add margarine and serve them with some Coconut Cream.

While the peaches are baking, prepare the Yoghurt Cream: