Kagianas (also called strapatsada), is a Greek summer side dish from Arcadia and is ideal to accompany BBQ and grilled meat dishes.

This could have been their breakfast or main meal served with some Greek salad and lots of crusty bread.

Nowadays it is usually served as a side dish or an appetizer and is ideal to accompany BBQ and grilled meat dishes.

This dish, which at the Ionian islands is called strapatsada, took its name from the Italian verb strapazzare, which means to handle roughly (to beat).

In other parts of Greece it is called Kagianas,  Kaikanas or just tomatoes with eggs, as we used to call it in Cyprus.

It is a traditional Greek summer dish from Arcadia where poor people would eat out of the products they had at hand.  Some tomatoes from their garden and eggs from their hens.

How to make Kagianas

It is best to cube the tomatoes into small pieces rather than grating or puréing them in a food processor so as to have some pieces of tomatoes in the dish.

After you peel them and cut them, put them in a colander with some salt sprinkled on top, so as to get some of the water out, otherwise you will be cooking it for much more time.

Fresh tomatoes are pealed easily if we score a shallow cross into the bottom of the tomato and put them in hot water for a few minutes.

The skin will be removed easily.

In Cyprus my mother would make a sweet version of kaikanas which we ate as a dessert but it’s nothing like this food as it resembles more like an omelet or a crepe rather than scrambled eggs. 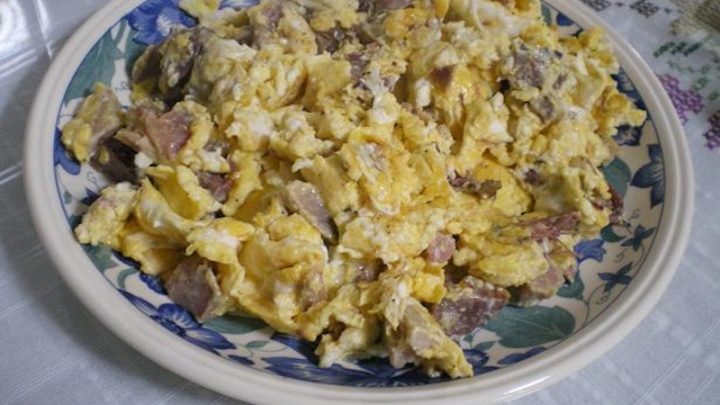 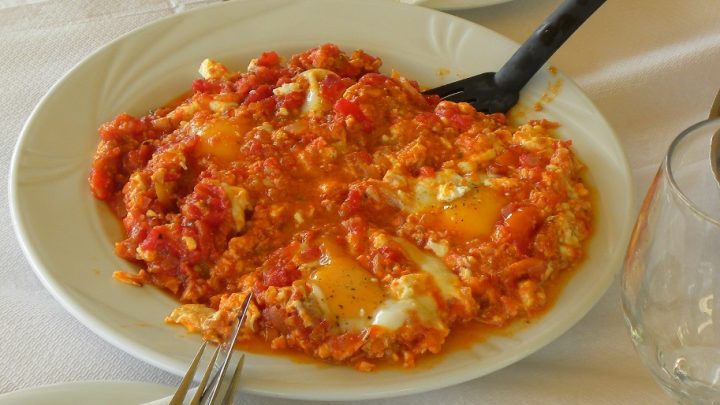 Hot Kagianas is a twist of mine to the traditional dish of Kagianas, made with cooked tomatoes and eggs which are poached in the sauce. 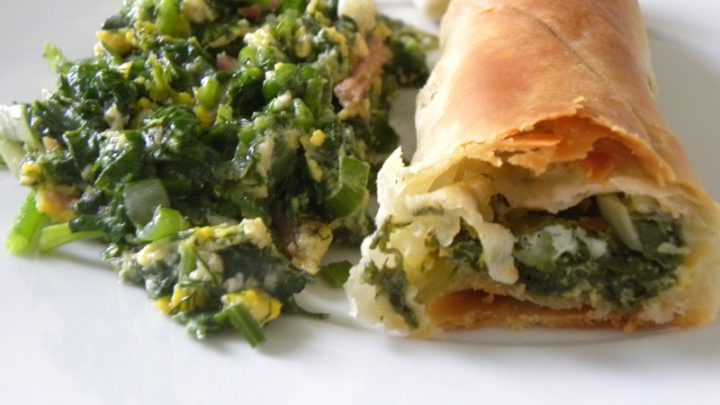 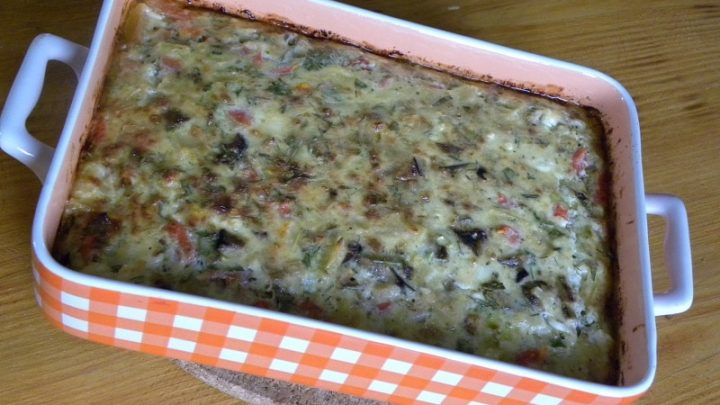 Frittata, which translates to "fried" in Italian, is an egg-based classic brunch dish. I have used the ingredients of the Greek popular dish called "Moussakas" to make this frittata. 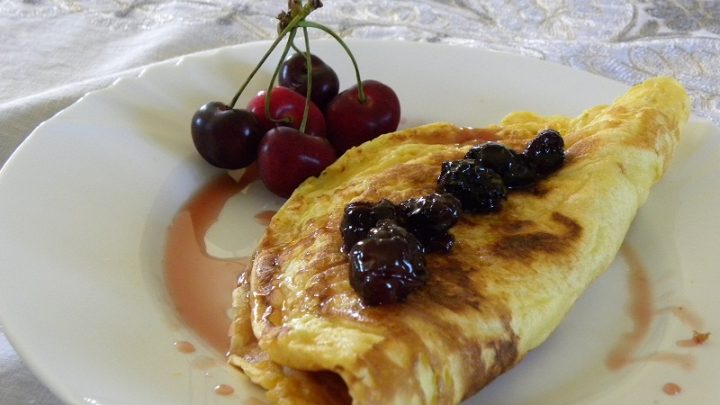 Strapatsada is a favourite of mine. I always add crumbled feta into the omelet.

Thanks chef, it's easy and very tasty. Hope you'll like it.