Yiaourtlou is the yoghurt sauce served with it.

Traditionally these delicious kebab sausages, originating from “Turkey”, are made with minced lamb and are very spicy.

According to Turkish-Armenian linguist and travel writer Sevan Nişanyan, the word “kebab” originates from the Persian word “kabab”, which means “to fry”.

These mince kebabs were introduced to the Greeks by the Greek refugees of Asia Minor, who fled from Turkey to save their lives from the Turkish atrocities in 1922.

They are served in Greek “pita” bread, with yoghurt sauce, called “yiaourtlou” and tomato sauce to balance the heat with some sweetness from the tomato sauce and refreshing, cold yoghurt.

If you use bamboo skewers, the skewers should be soaked in water for 15 minutes as this prevents the skewer from catching fire when cooking over charcoal.

They can also be cooked on a hot non-stick frying pan, on a grill or grilled in the oven.

Traditionally, kebab is made with lamb mince, which has a lot of fat in it.  The ratio of mince lamb to fat is 4:1., which means that for 1 kilo mince lamb you will need 250 grams of fat.

The other ingredients are added to the lamb mince and are kneaded well.  The fat in the mince will bind the ingredients together.

However, in Greece we  don’t use lamb mince any more, so we make the kebabs with minced veal, which is much leaner.  In this case, we can add some wet bread or breadcrumbs to bind the meat.

How to make the kebabs juicy

The onion added to the kebab makes them juicy and also adds some sweetness to the meat.  However, a grated tomato will also help keep the meat juicy as well.  If the meat is too lean, you can also add a couple tablespoons of olive oil.

How spicy and hot this dish is will depend on your personal taste. Add more or less spices and if you like them more hot add more hot boukovo.

I don’t make mine too spicy or hot, so for more heat you can add more boukovo and if you don’t like any heat in them, you can substitute hot boukovo with sweet boukovo.

How to cook kebab

The kebabs may be cooked over charcoal for about 10 minutes, turning them on all sides until cooked through.

In a non-stick shallow frying pan:  Grease the pan with olive oil and grill on each side for about 10 minutes, turning them often until golden.  If they dry out, baste them with some olive oil.

The kebabs may also be cooked on a metal or cast iron grill, until cooked through.

Heat a metal or cast iron grill pan till it is very very hot. Using a silicone brush, lightly grease the grill pan with olive oil.

Sear again for 3 to 4 minutes and keep basting with oil and rotate the kebabs on all sides till opaque and fully cooked.

How to serve a Kebab

Warm up a Greek pita bread and add the kebab.

Add some tomato sauce and yoghurt sauce on top.  Finally add some thinly sliced onion and some paprika.

If you have made more kebabs than you need, you can wrap them in cling film and freeze them. Thaw before grilling. 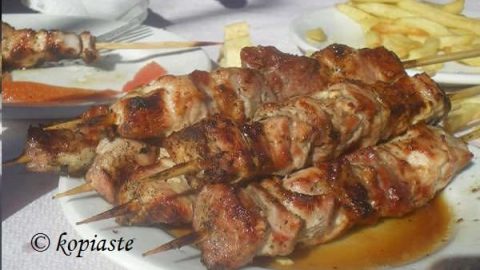 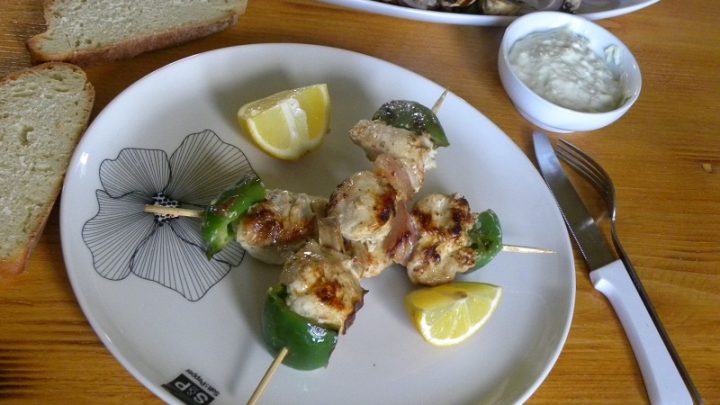 These Chicken Souvlakia are so tender and juicy due to the marinade which features the fresh-tasting combination of lemon juice, garlic, and olive oil combined with Greek yoghurt that are so prevalent in Greek cuisine. 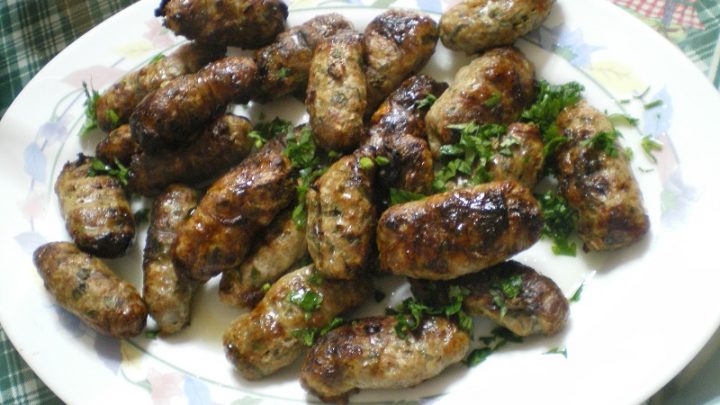 Sheftali pl. Sheftalia are like oval shaped meatballs, which are wrapped in caul fat. Caul fat is the membrane that surrounds the stomach and is transparent, fragile, and naturally fatty, although when it is finally grilled or barbecued all the fat melts away giving lots of flavour to the crepinettes. 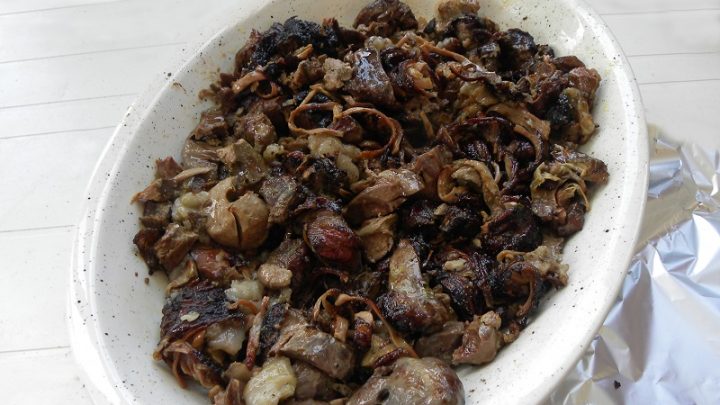 Kokoretsi is a traditional Greek dish made mainly, but not only, during Easter, consisting mainly of seasoned pieces of lamb or goat offal (sweetbread, hearts, lungs, or kidneys), skewered on a spit and wrapped  with lamb or goat caul fat and intestines and grilled together with the lamb. 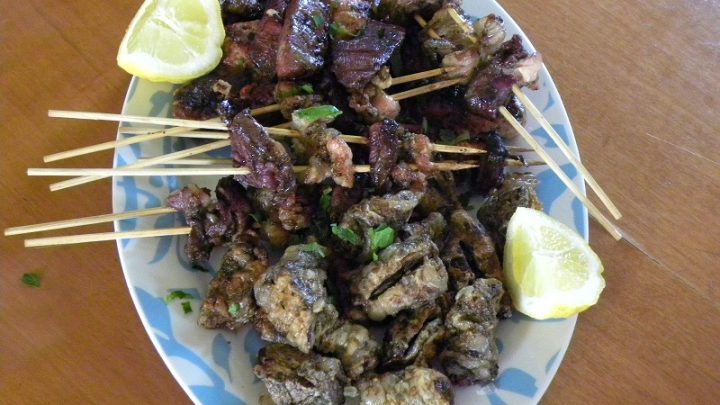 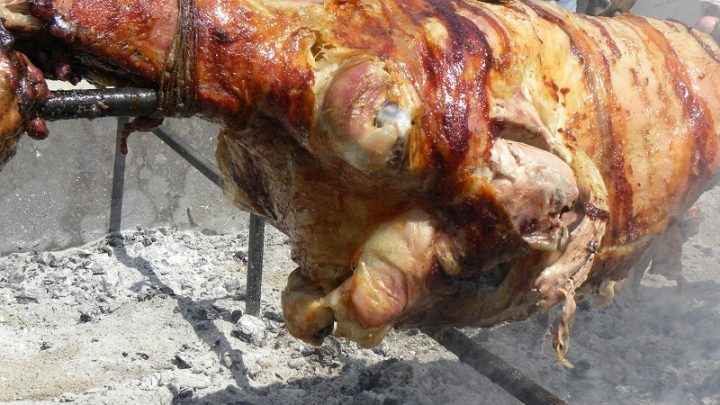 Ovelias – Easter Whole Lamb Roasted on the spit or Souvla

Ovelias is a Greek Easter tradition where a whole lamb is roasted on the spit. 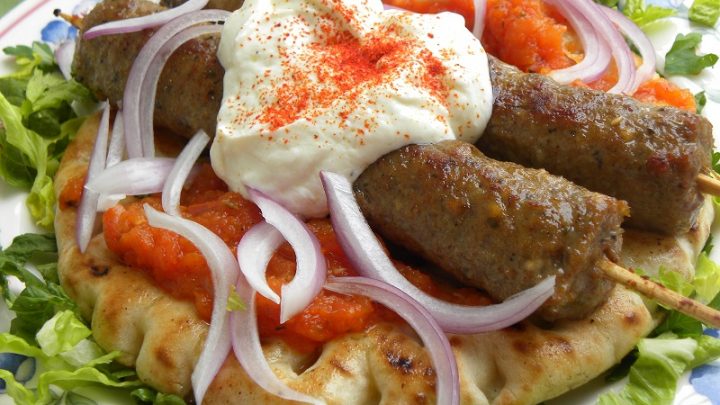 The recipe is adapted from my cookbook "More Than A Greek Salad".