Melopita is a traditional Greek Honey Cheesecake coming from Sifnos Island, in the Cyclades.

This Cheesecake  could easily satisfy the needs of any person for a simple, delicious dessert that requires only basic ingredients.

The cheese used is fresh, unsalted anthotyros or myzithra, which is similar to ricotta and it is sweetened with Greek citrus honey.

I prefer using myzithra (mee-ZEE-thrah) from Crete, which is made with sheep and goat milk and has a richer flavour from anthotyros made from cow’s milk.

To flavour it I used some orange zest, orange flavoured vanillin, and citrus honey, which gives it an irresistible orange flavour.

Myzithra or anthotyros is a low fat cheese but rich in flavour and the orange zest adds a welcome zing.

This is a very versatile recipe, so if you want to make a more modern approach you can make it into a tart.

To make it into a tart, you can follow my recipe for Fig and Peach Anthotyro Cheese Tart.

Trust me, this is a dessert people won’t forget about!

When someone hears the name “Cheesecake” what comes to their mind is the New York style cheesecake.

However, the first cheesecake was made by the Ancient Greeks. It was given to the athletes to provide them with energy.

It was also a type of wedding cake which was made by the bride.

Athenaeus (2nd century AD) mentions that Callimachus (3rd century BC) used to have a work by “Aegimius” that described the art of making cheesecakes (πλακουντοπουκόν σύγγραμμα) plakountoboukon syggramma.

The recipe itself was pretty simple: pound the cheese until it is smooth mix it in a brass pan with honey and spring wheat flour, heat the cheesecake “in one mass”, allow to cool, then serve.

An easy Dessert fit for Breakfast or Brunch

I love that this dessert is easy to make and isn’t overly sweet. In fact it would even make an ideal healthy, breakfast or brunch dessert.

In my video I used a hand mixer to whisk the ingredients and a food processor to make it creamier.

This is a very old recipe, so back then they didn’t need an electric mixer or a food processor.

So, you can easily make it using just a fork to crush the cheese and then a spoon or a baloon whisk to mix in the remaining ingredients. 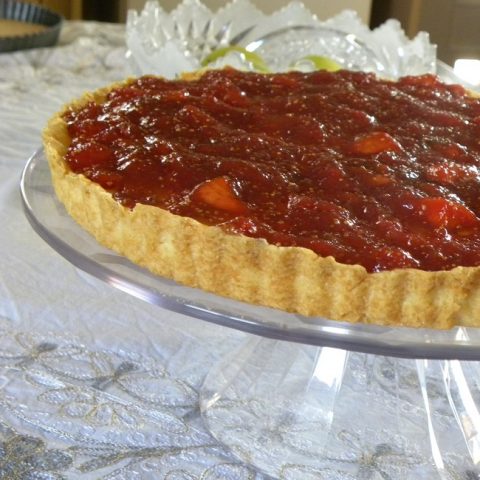 Fig and Peach Anthotyro Cheese Tart is a beautiful and delicious dessert to finish a meal with family.  I made the tart shell from scratch and used anthotyros, yoghurt and eggs for the filing. 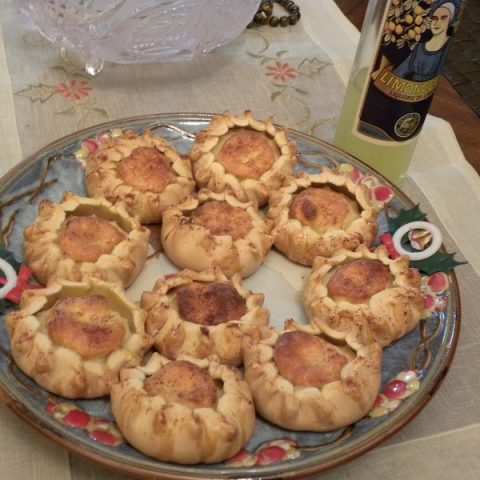 Kaltsounia or Lychnarakia are Cretan cookies, traditionally made during Easter. They have a sweet pastry shell and are filled with anthotyro (ricotta). 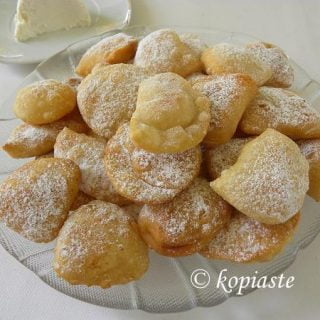 Bourekia is  a pastry made with a thin flaky  phyllo, and are filled with anari which is the name for anthotyro in Cyprus.   Anari is similar to anthotyro or myzithra and is a white soft whey cheese  which is produced when making halloumi or kefalotyri.  (You may find out more about these cheeses here)…. 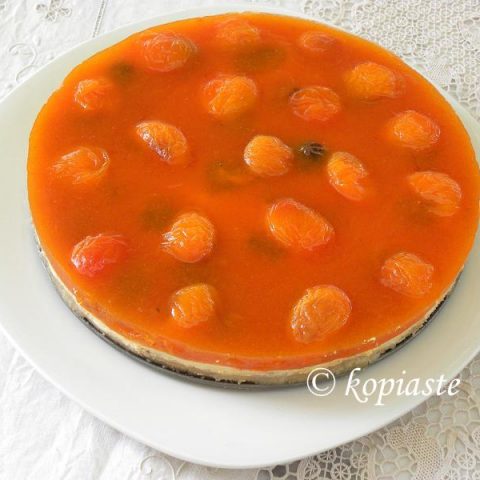 Cheesecake is one of our favourite desserts but being on the Mediterranean Diet, for a few months now, I didn’t want to make something loaded with calories so I adapted an older recipe and made this “no guilt” Apricot Cheesecake. 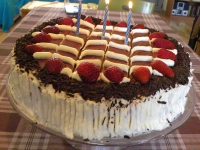 A Birthday cake made with a white sponge, filled with two cheeses and strawberry cream, topped with chocolate ganache and strawberries. 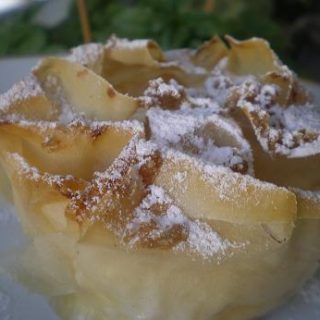 Glykia Tyropita is a concoction of mine made with anthotyro and cream cheese and filled with orange, wrapped in phyllo and baked in muffin tins. 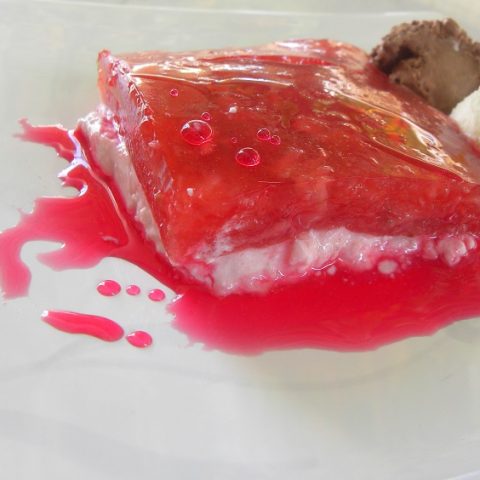 This healthy, low fat Anthotyro-cream cheese strawberry Jelly is made with real strawberries and anthotyro, a low fat cheese, similar to ricotta. 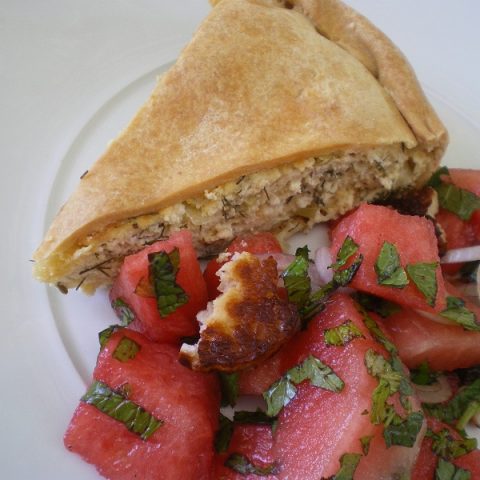 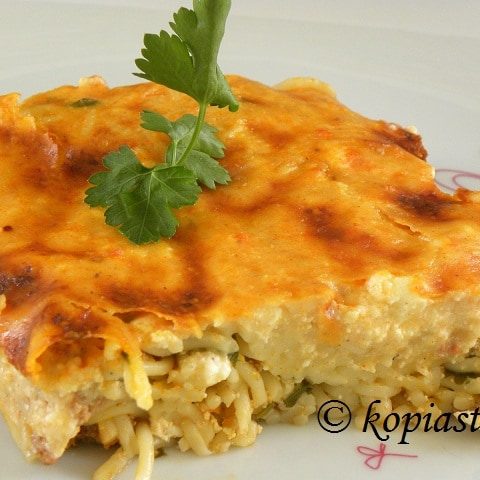 Making good use of your leftovers is a talent acquired over years of cooking experience. I made this pastitsio using leftover spaghetti and bolognaise sauce. 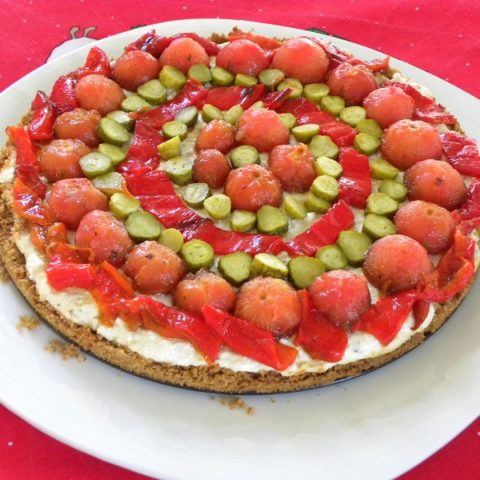 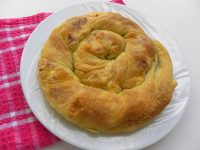 TIPS FOR MAKING THIS DESSERT

PIN FOR LATER ON