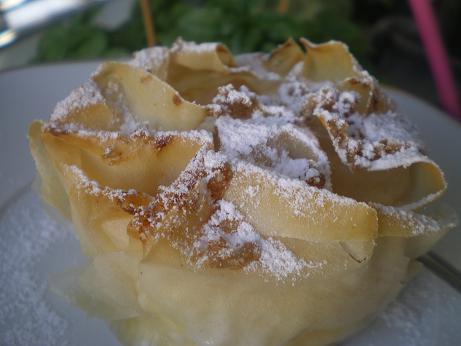 Glykia Tyropita, which means sweet cheese pie,  is a concoction of mine made with anthotyro and cream cheese and filled with orange, wrapped in phyllo and baked in muffin tins.

I was inspired to make them by Cypriot Bourekia, which are made with homemade phyllo, anari (whey cheese similar to ricotta), cinnamon and orange blossom water. 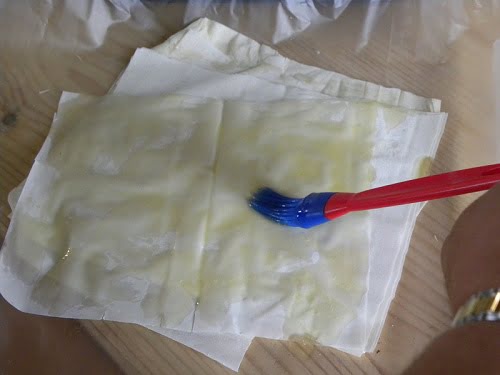 I made these easy, cheesy, beautiful desserts with store bough phyllo and baked them in muffin tins. They were very easy to make and tasted wonderful. 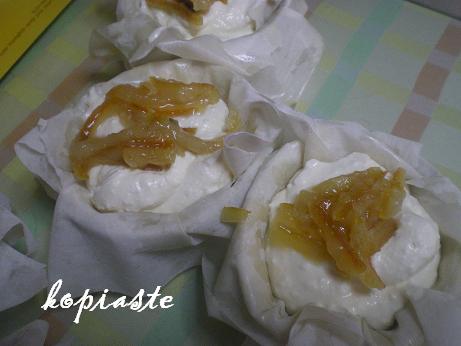 I put the cream cheese and anthotyro in the mixer bowl and mixed them together adding icing sugar and testing to see if they were sweet enough.

I added orange blossom water and cinnamon, which is a combination with we use with anthotyro in Cyprus. I then added an egg and mixed all the ingredients together to make the filling.

Then I remembered that I still had some caramelized orange peels which I decided to use when I was putting the cream in the tins.

I must say that the following day when they were cold, they tasted even better, because the flavour of the orange mixed in the cream, gave it a nice citrus flavour.

If you have citrus spoon sweets you may try other flavours like lemon, bergamot, Seville oranges ( bitter oranges), or kumquat preserve.

I am submitting this recipe to Lore, of Culinarty, for her event Original Recipes.

Since this is also a pie, I wish to remind my friends who wish to participate to the Sweet Pies Event that they still have time until the end of October to bake a pie, a tart, a tartlette, crumble anything with a filling and don’t forget the Chef’s Knife I promised you.