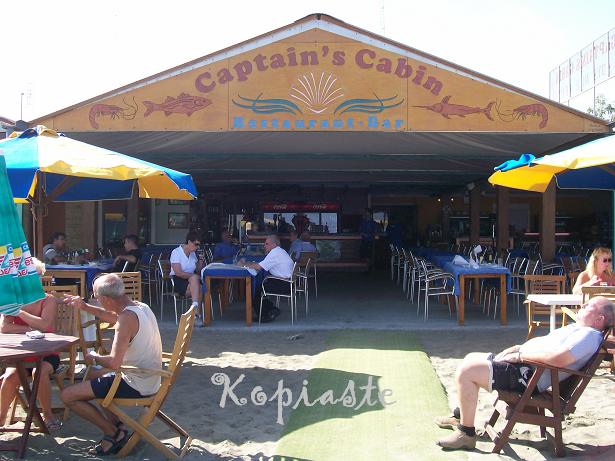 If you ever visit Cyprus never order à la Carte.In Cypriot restaurants or tavernas your will see that they serve meze (plural mezedes) on their menu.Cypriot cuisine is famous for its mezedes, which translate as appetizers.

Don’t think as mezedes being small appetizer plates as starters but Cypriot mezedes are more than just starters but a meal on its own, where people gather to eat and enjoy some drinks.

Cypriot mezedes include a variety between 20 – 30 dishes depending on the restaurant. The dishes served depend on the speciality of the restaurant as well as the season.The price of each meze depends on the variety each restaurant offers and the price indicated is always for 2 persons, so in the menu a variety of starters is included and then for the main meze dishes if you are two persons eating, there will be two pieces of halloumi, two souvlakia, two sheftalia, two loukanika etc.So, if you are a group of six you just order mezedes for 6 and get mezedes X 3. 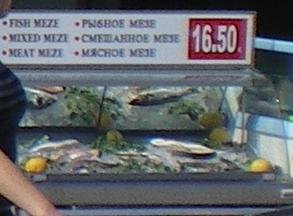 Because of the wide variety of mezedes you can get fish mezedes, meat mezedes, mixed mezedes (which include both fish and meat) and even vegetarian mezedes.

Some mezedes are common in both meat or fish mezedes and as soon as you order they will start bringing the cold appetizers, four or five dishes each time.

Taramosalata, tahini, hoummous, elies tsakistes (crushed green olives), xydata (pickled vegetables, like panzaria (beets) or mouggra (pickled cauliflower in bread dough), mushrooms, zalatina, tsamarella (which consists of goat meat that is salted and cured for preservation. The process of preparation traditionally involves drying in the sun), tambouli and Horiatiki or village salad and of course a lot of grilled pita bread. 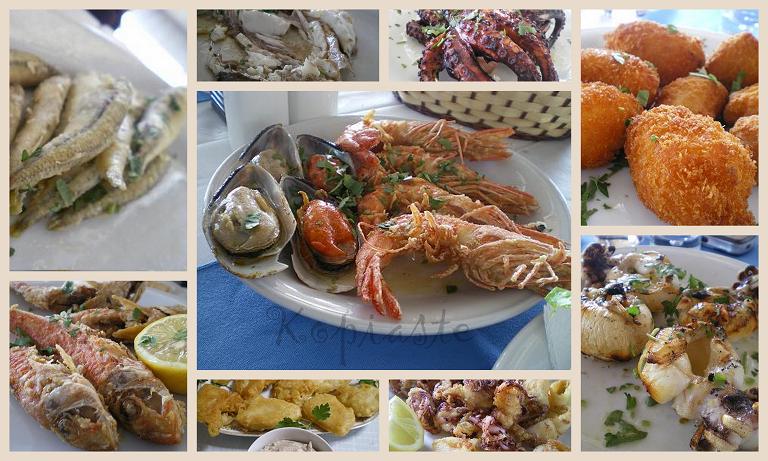 The same applies for fish mezedes and after the starters you will be served kalamari, crab croquettes, shrimps, cuttlefish, octopus, a variety of fish, such as red mullet, sword fish souvlaki, white bait, sand smelt, cod, oysters and mussels.In expensive restaurants you can even get crawfish, crabs or lobster. 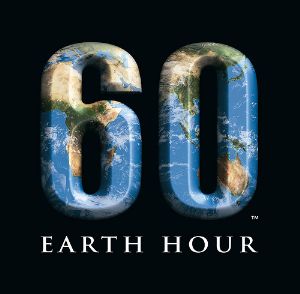 This is my contribution to Anne of Morsel & Musings, who is hosting the event Earth Hour.

I have already blogged about this on BloggerAid but for those who are not yet aware of this event, on the 28th March we will switch off the lights at 8:30 p.m. In 2009, Earth Hour will take place in more than 80 countries around the world, proving that climate change really is a global threat and that it will take all of us to work together to solve it.   Earth Hour hopes to reach one billion people.

I am very glad that responding quickly to this initiative, a small country like Greece is now in now ranking fifth in this global effort, after Australia, France, Belgium and Canada.  On the 28th, many Greek monuments, such as the Acropolis, the Lycabettus Monument in Athens, the White Tower in Thessaloniki and many castles in different towns, will not be illuminated.

On the 28th we shall be enjoying some mezedes which don’t need cooking:  taramosalata, tahini, halloumi, lountza, horiatiki, tzatziki, elies tsakistes and a bottle of Cypriot wine under candle lights. 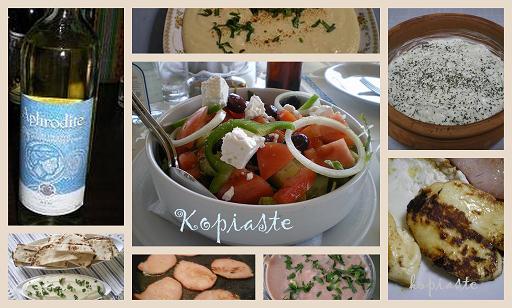 Very nice information Ivy! Loved reading it & seeing all the pictures. Thanks for the awesome info...

I love koupes, they are my favourite, I have just found a lady (friend of my yia yia) and she makes them and sells them, I thought all my xmas's had come at once BUT I will try make my own now thanks to you.

(lol)Pixen may be we should open a restaurant together.

yumm...yumm... After looking at your mezedes, I told my friends that I should marry a Greek :-D When I'm back in my country, it's really difficult to find truly original Greek Restaurants. There's none in my island and if I have to find one... it's 369 km (at the capital city) from my town! I have to go by car or... plane :-( Even so, that restaurant serves Italian as well...weird.

You have friends interested opening a Greek Restaurants in my island? :-D There's too much Italian, Asian and 1 Bulgarian Restaurant to play about but sadly no Greek. I have to make my own Greek Coffee and frappe as there's no cafeteria knew how to make it yet we have Greek tourists :-D

I like the option of ordering a set-piece of mezedes...speeds up the ordering process and as always...sharing is encouraged!