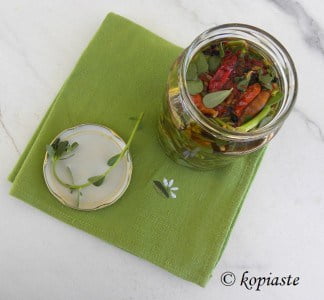 I’ve written about purslane (portulaca oleracea) in many other posts. 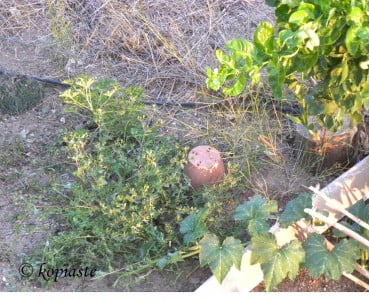 Purslane contains more Omega-3 fatty acids than any other leafy vegetable plant. The stems, the leaves and the flowers are all edible.   Ms. Simopoulos states that Purslane has .01 mg/g of EPA. This is an extraordinary amount of EPA for land based vegetable sources. EPA is an Omega-3 fatty acid normally found mostly in fish and some algae. It also contains vitamins (mainly vitamin C, and some vitamin B and carotenoids), as well as dietary minerals, such as magnesium, calcium, potassium and iron. Also present are two types of betalain alkaloid pigments, the reddish betacyanins (visible in the coloration of the stems) and the yellow betaxanthins (noticeable in the flowers and in the slight yellowish cast of the leaves). 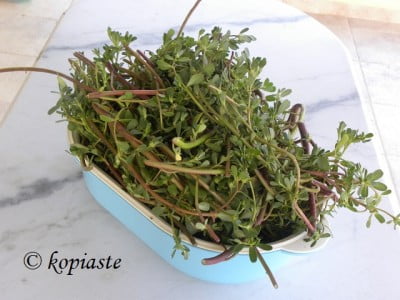 Both of these pigment types are potent antioxidants and have been found to have antimutagenic properties in laboratory studies.

We did not plant any purslane but it suddenly appeared in our garden this year. I guess that the birds may have dropped some in the garden .  All purslane needs to grow is part to full sun and clear ground. They are not picky about soil type or nutrition. But, purslane does tend to grow better in drier soil.

It grew in abundance and we have been eating a lot but it’s impossible to eat it all.  So, what better way to keep the bounty of the season’s harvest for the winter, than pickling it. 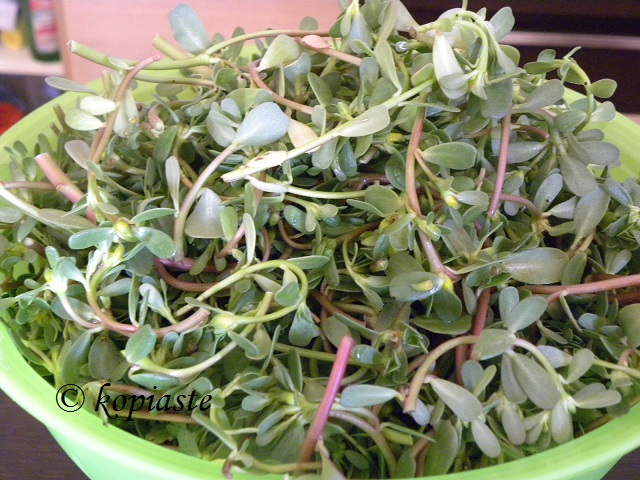 This year I made this pickle twice.  The first time I added more water (ratio: 2 vinegar – 1 water) which made the vinegar less strong.  I wanted more acidity so this year I reduced the amount of water.  I also added some elixir of vinegar’s nectar, which is an aged vinegar (5 years) mixed with fruit and herbal extracts of peppers, cardamom, ginger etc.  which adds extra taste and aroma to the pickles. 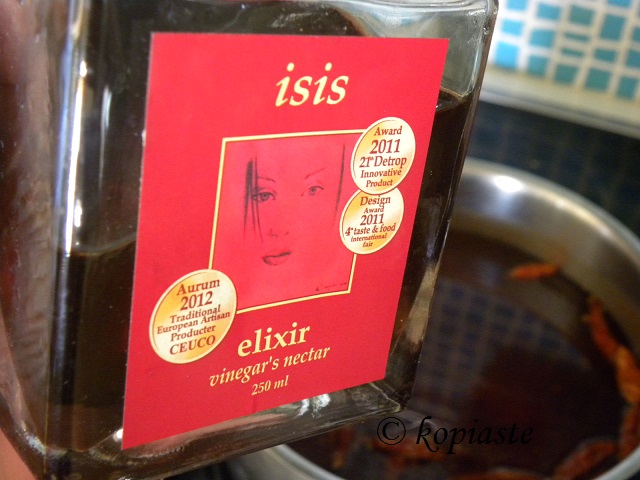 I have already made some new recipes, which I will be posting in the future.  Until then you can use the picled purslane in your salads or serve as it is to accompany fish or meat dishes. 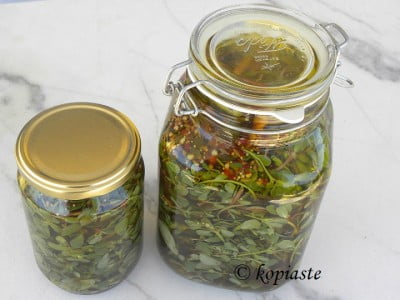 Note:  It can be stored for a long time (six or more months), if it is always covered with some olive oil on top. 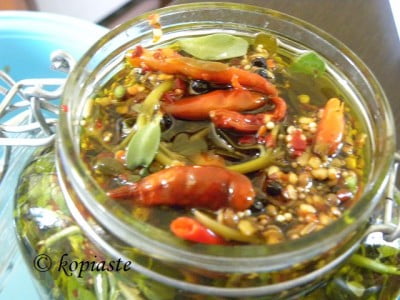 Purslane Salad, Purslane Tzatziki and Carrot Tzatziki (in one post)

So mouth watering! That appears to be irresistible.

They look very much like watercress we use in soups and stir-fries. The pickles must be very appetizing.

Watercress is nerokardamo in Greek and it does have a similar taste. This one also has succulent leafs with a slightly lemony taste. However, if you pickle watercress, I think the result will be more or less similar. The same goes for the caper plant. We pickle the stems in Cyprus, whereas in Greece, I have only seen the buds pickled.

Wow!! What a great idea!! We eat purslane a lot in Lebanon. I will try your pickling method when I get the next batch.

Thank you Joumana. I've been making so many amazing recipes with purslane lately. Hope to share them soon.

An intertesting recipe. I bet that pickle tastes wonderful!