There are several methods to sterilize jars, such as boiling them in water, using the microwave or the oven for instance, or the washing machine.

In a big pot put a new, clean sponge cloth and put your jars standing up with water to cover them. Boil them for fifteen minutes.  Turn off the heat and add the lids as well.  Wait until they cool. Remove with tongs and place them on clean kitchen towels upside down, to dry before filling them. 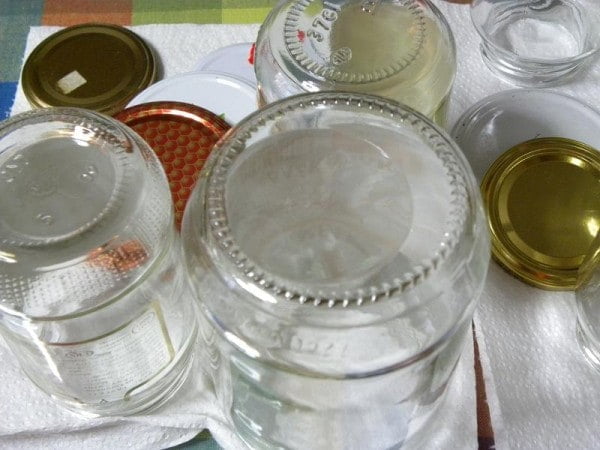 This is the old method I used to use. I don’t use this method any more as for several years I put the clean jars and lids in the washing machine and run through a regular circle at the highest temperature (65 degrees C). 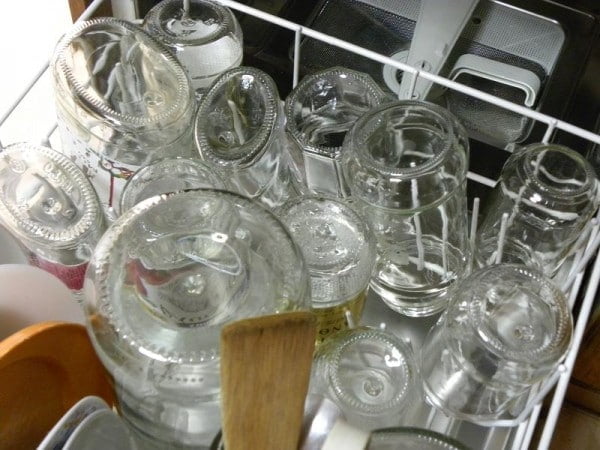 This method has been working for me for years,  but it’s up to you to chose which method you trust or like best.

Unfortunately, now that we have moved to the village, I do not have a washing machine nor a microwave oven, so I had to adapt again to the older method of sterilizing the jars.  I tried boiling them but the water here is very hard so when boiling the jars they become covered with a white dust from the residues of the minerals and the pot also becomes hard to clean.

The only thing left for me to do is use the oven.

What I did is I preheated the oven to 150 degrees Celcius,  fan forced with both top and bottom elements on.

I put the jars and lids in and lower the temperature to 100 degrees celcius.  I heated them for fifteen minutes and turned the oven off.  I let them sit in the oven until they cooled.  (However, if you are in a hurry, you can take them out quicker but leave them at least fifteen minutes inside). 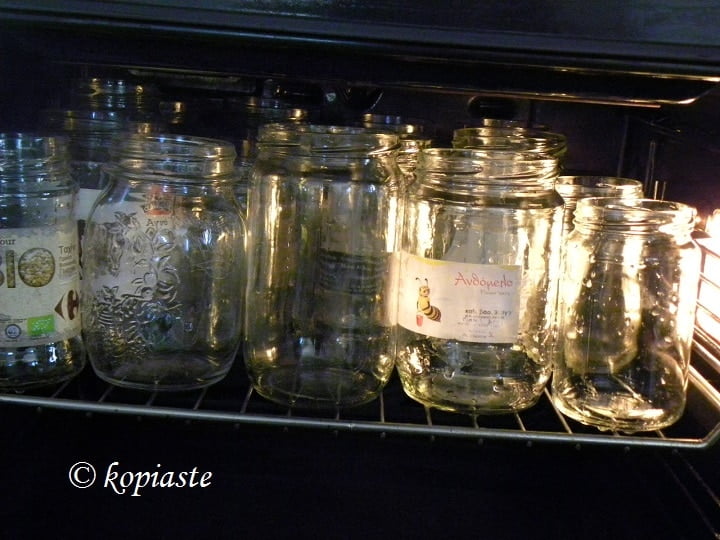 Now your jars are ready to be filled up.

Good luck with whatever you are preserving.

Jars are very useful in the kitchen it uses to store fruits, veggies, spices and other cooking ingredients. My mom loves to put jars on the kitchen and insides are her recipes when she cook on microwave oven.

Thank you for the tip with glass jars. I'm going to do now. Thank for share.