81 shares
Jump to Recipe
A twist to the classic Greek dessert Galaktoboureko made with ewe’s butter and lemon curd.

As I have said in a previous post, Galaktoboureko or galaktomboureko is one of my favourite Greek desserts. 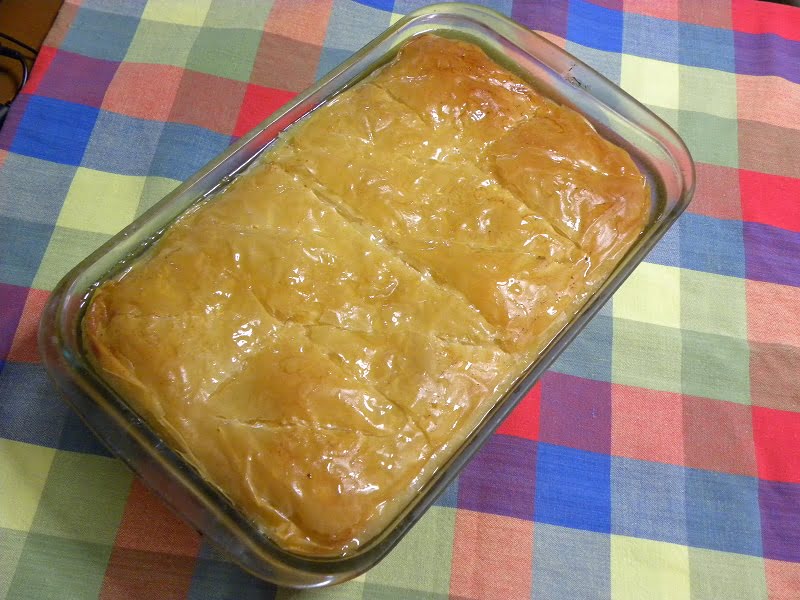 There is a place in Southern Attica, specifically in Vari, called Vlahika, where galaktoboureko is famous because it is made with ewe’s milk and ewe’s butter. 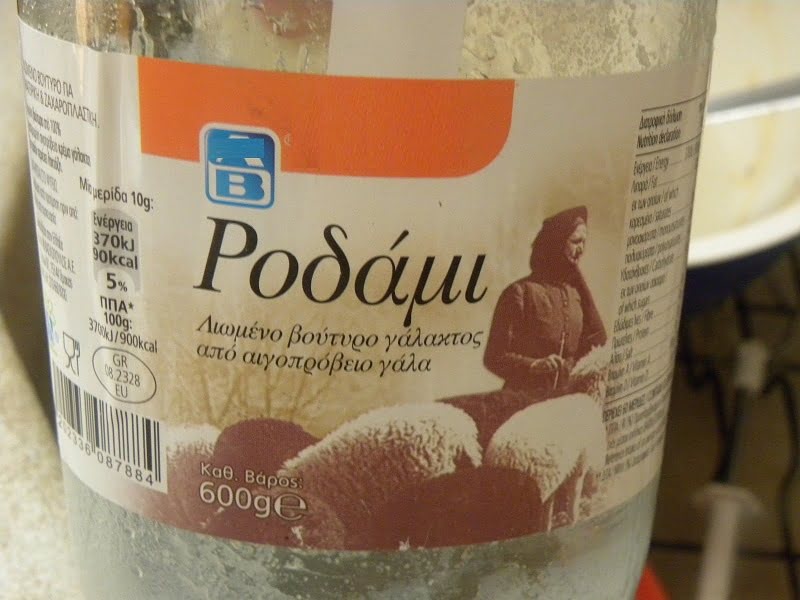 A few decades ago, this area was full of sheep.  As Vari is near the seaside it became a popular summer resort and fields where sheep grazed became holiday houses.

Galaktoboureko was one the most prized desserts.

The Athenians would visit there (and I use past tense as with the price of petrol and the economic crisis it’s no longer feasible) for their Sunday afternoon drive, just to eat galaktoboureko or in the evenings to enjoy food in their tavernas. 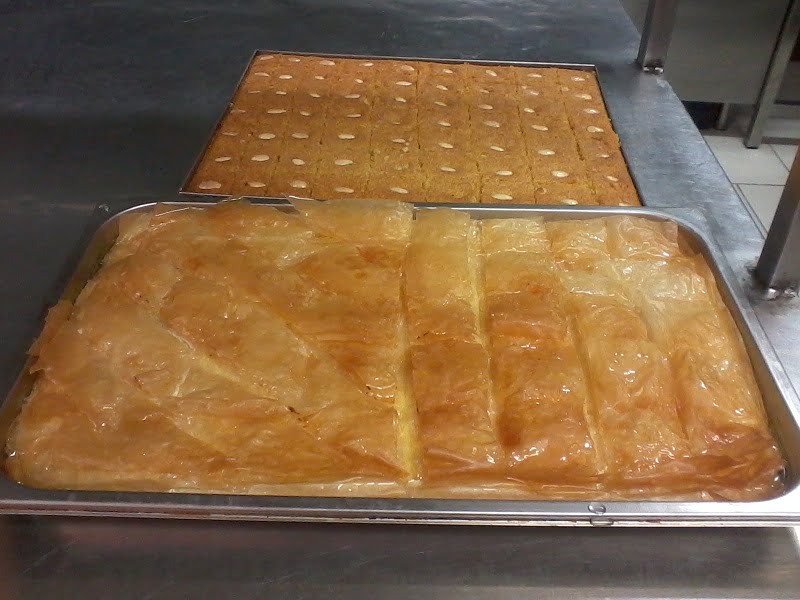 My recipe today is a twist to the classic recipe, which I used to make in the restaurant I was working at.

Sometimes we see a small addition in a recipe and think “why didn’ I think of that”?

It’s these small ideas which add your signature to a classic recipe, especially if it something even better.

I have lots of creative ideas and after making something new, I usually google search to see if someone else has made it before me but usually, most of what I search already exists.

In this case, however, I am very happy to see that I was the first one to think of making this luscious dessert, even more decadent by adding lemon curd in the cream and more lemon in the syrup.

If you love lemon flavour, you will love this one!  The taste is just amazing!!

You are watching a previous video I made for the Classic Galaktoboureko.

yummy!, your recipe is is a real treat for those who love the taste and flavor of lemon.

Oh my that looks wonderful. I don't have ewe's butter but I think I could source everything else. I would love to taste this.

Maureen, just use clarified butter and will still be great. Thanks for visiting.

Oh, Ivy, this is a lemon lover's dream dessert! That's me and this looks fabulous! And kudos to you for adding lemon curd! Just amazing! This gets added to my Lemon Everything pinterest board and bookmarked for a summer treat. I can only imagine how lemony great this is!