This Vegan Chocolate and Chestnut Cream Cake not only tastes great but is perfect when you cannot eat any dairy or eggs!

How would you feel if your birthday was during Lent and you could not have a Birthday Cake?  Unfortunately this is something I had to face many times as apart from my birthday, my daughter’s birthday is a few days before mine and my son’s is exactly a month after mine, so in all three cases it happens that when the Easter is late in May or early in April, at least two of us have our birthday during Lent. 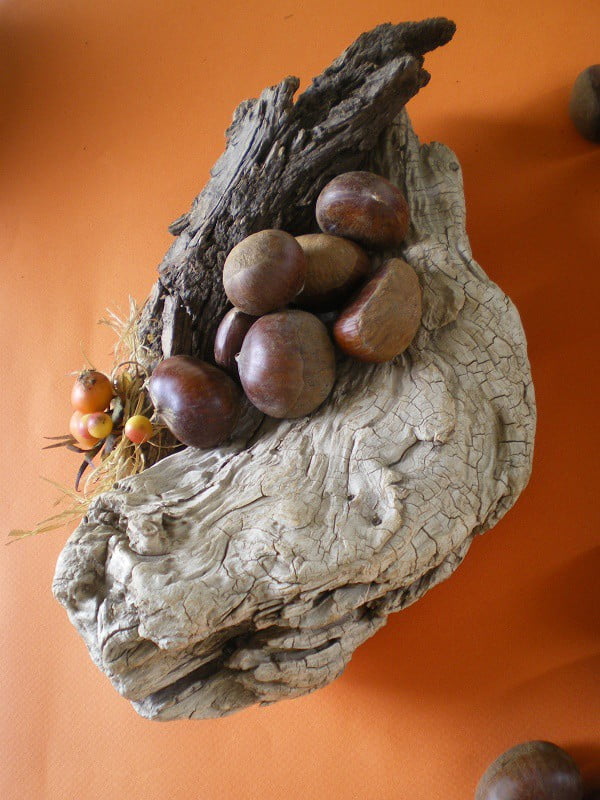 This is my entry for the Click Event, created by Bee and Jai, of Jugalbandi.

Unfortunately during all these years when the childrens’ birthday was during Lent I always bought them a cake of course , even if some of us would not eat any, but when it was during the last week of Easter then we would wait and celebrate on Easter day.

During this past year I have been experimenting a lot and made a lot of new recipes, so I hope others fasting or Vegans can now enjoy a real Birthday Cake.

The pseudo sponge cake was the easy part, so was the ganache and the caramelized walnuts.  Actually about the walnuts this was not exactly what I intended to do but I realized that later that when putting the caramel on the parchment paper I should have turned all the walnuts so that the rounded side should be facing up.  The difficult part was to make the filling.

I was debating whether to use gelatine or corn starch.  Gelatine is not considered vegan although in Greek fasting for some strange reason we do eat jelly.  I decided to go with the corn starch.  My first idea was to make the cream as I did with water, less sugar and to mix in the rose cordial I’ve used in Mahalebi.  I think that would have made a nice filling as well but as I wanted to use some chestnuts I had bought, I already boiled them, this time only in water and I wanted to use them and I rejected the idea to mix both of them together.  When I pureed the chestnuts, they had a terrific taste but were a bit sour so to balance this I made the cream much sweeter than I would do that usually

Verdict:  Just perfect.  The cream was still a bit sour,  but this combination with the chocolate is so good and the crunchy caramel on top makes it irresistible.

I am sending this recipe to my Friend  Poornima, of Taste Treats, who is hosting the event For the Love of Chocolate. 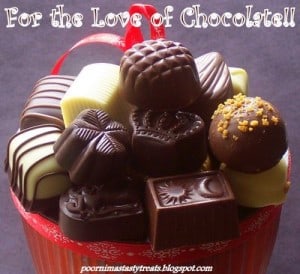 This cake sounds amazing. Your family is lucky they have someone who is so creative.

Very Happy Birthday to all of you...Thats a gorgeous cake, u've got to send this for my event too, I would love to have it. Have sent you a msg on bloggeraid.

I'm amazed!!! What a gorgeous cake. I've never cooked anything with chestnuts before - never even knew how to prepare them. Many many happy returns.