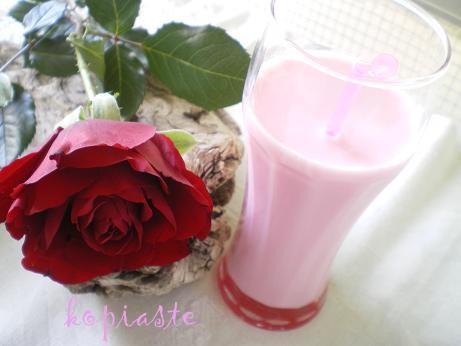 Triantafyllo (τριαντάφυλλο) or rodon (ρόδον)  is the name of roses in Greek.   The Latin name rosa, itself derived from Greek, is essentially the source of almost all names of rose in modern European tongues, mostly with at most only slight variation: The name rose is not only valid in English, but also in German, Danish and French; other Germanic names are Icelandic rós, Swedish ros and Dutch roos. The Romance languages Italian, Spanish and Portuguese have another common name, rosa. In Baltic and Slavonic tongues, the S sound got voiced throughout, and sometimes also palatalized: Latvian rozes, Lithuanian rožės, Czech růže, Polish róża and Russian roza [роза]. Basque has an initial vowel, arrosa. Examples of loans to non-European tongues are Kannada roja [ರೋಜಾ] and Japanese rozu [ローズ].   By courtesy Gernot Katzer’a Spice pages

Although the word rodon is not used in everyday  conversations,  the word is still alive and it is used in poetry or song lyrics, titles of books etc.  In Modern Greek, the word triantafyllo  is mostly used and describes a specific “thirty-petal” cultivar grown for rose oil.  That name has spread to Bulgarian as trendafil [трендафил] (slightly archaic) and to Albanian as trëndafil.

Rodos Island and Colossus of Rhodes

RHODOS (Rodos), was, according to Diodorus (v. 55), a daughter of Poseidon and Halia, and sometimes called Rhode. The island of Rhodes was believed to have derived its name from her. According to others, she was a daughter of Helios and Amphitrite, or of Poseidon and Aphrodite, or lastly of Oceanus (Pind. Olymp. vii. 24; Tzetz. ad Lycoph. 923). She was a sea-nymph, of whom the following legend is related. When the gods distributed among themselves the various countries of the earth, the island of Rhodes was yet covered by the waves of the sea. Helios was absent at the time; and as no one drew a lot for him, he was not to have any share in the distribution of the earth. But at that moment the island of Rhodes rose out of the sea, and with the consent of Zeus he took possession of it, and by the nymph of the isle he then became the father of seven sons. (Pind. Ol. vii. 100, &c.; Ov. Met. iv. 204.)

Source: Dictionary of Greek and Roman Biography and Mythology.

Another explanation is that because there were a lot of roses on the island, the rose was the emblem of God Helius (sun), who was worshiped on the island.  The famous Colossus of Rhodos which was one of the seven wonders in the ancient world, a huge statue 30 metres high, was dedicated to God Helius. 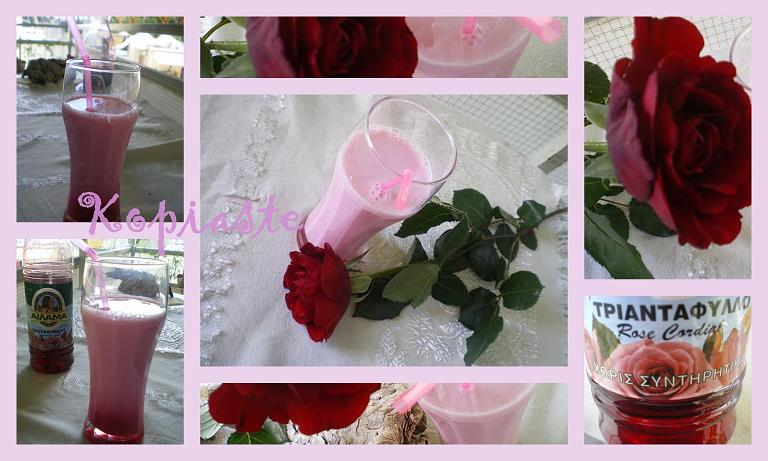 Triantafyllo (rose cordial) is a syrup produced in Cyprus which is mainly used as a sweetner on desserts, such as Mahalebi or to flavour ice cream.    We used to love it when we were kids and adding it to cold milk was better than milkshake.    Whenever I go to Cyprus I make sure to bring a bottle with me and I remember when we were kids and hated drinking several medicines, my mother would always give us some triantafyllo after so that the bitter taste of the medicine would disappear and I did the same thing when my kids were younger.

The drink is also called Triantafyllo and there is no recipe for this drink.  The amount of Triantafyllo depends on how sweet you like your drink.   You can also drink Triantafyllo with only cold icy water and it is also a lovely thirst quencher, just like lemonade or orangade. 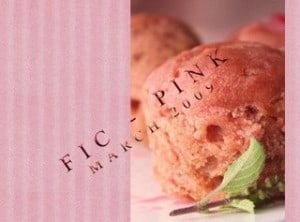 This is my participation to FIC – Pink/Rose, the brainchild of Harini, of Tongue Ticklers, and hosted by Priya, of Priya’s Easy N Tasty Recipes. 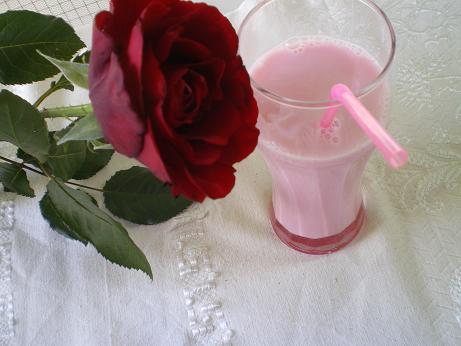 Yes, I remember triantafyllo too. Excellent with just iced water or poured over icecream. Aki

This sounds like a very special drink to take away the blues...because it is pink:D

I work with a fellow who's last name is Triantafillo...and now I'm going to start calling him Rosie :)

My Lebanese grandmother used to make us a drink when we were young which was similar, but using ingredients that could be found in a Canadian market at that time. She would thin yoghurt with water and add grenadine and rose water. Holy moses was it delicious...but I think I liked it more because it was pink!

Sounds amazing and looks elegant. Thanks for the great info on rose cordial.