This autumn fruit crumble is not just another usual crumble as it quite unusual.  Apart from apples, which is one of the fruit for autumn recipes, I combined it with delicious quince and with pumpkin.

Whenever I go to the farmers’ market I never plan what to buy.   I know, of course, what the basic things I need are but there are things which I buy depending on the price, which are not in my plans. 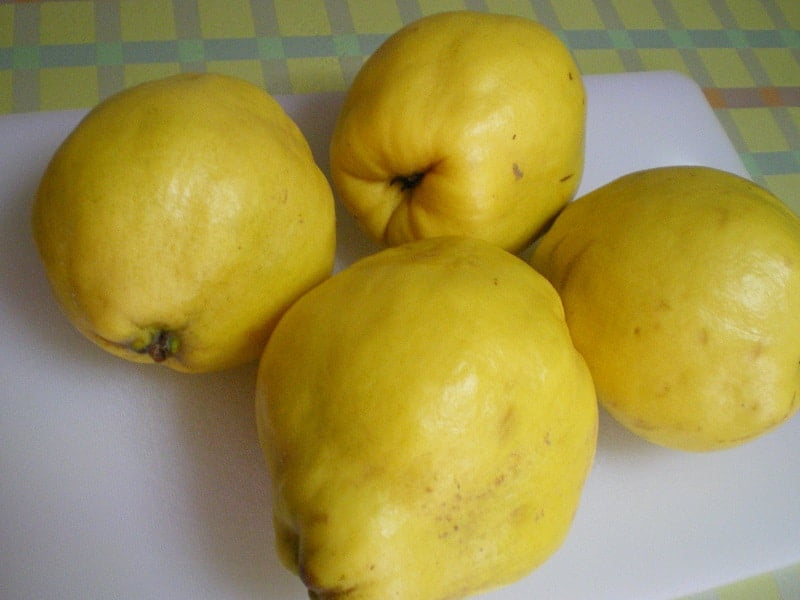 This week for instance I bought some pomegranate, quince, pumpkin, apples, bananas and grapes. (The bananas have not yet been consumed, so yay, wait for a banana bread next week!). I would love to buy some chestnuts but they were so expensive that I’ll have to wait until they are cheaper.

Last week I made an Apple Crisp, so this week I decided to make a crumble.  This recipe is not too sweet, just as we like it, and the crumbly topping came together easily and beautifully.

I used Granny Smith apples because I like how sturdy they are and how they can hold up to just about any bit of baking. I must say that we have grown to love desserts with oats and the kitchen was full of the lovely aroma of cinnamon combined with the autumn fruit made its  taste fantastic.

I served the crumble with some vanilla (and chocolate) ice cream.

That was the second recipe I had made with Quaker oats, the first one being some cookies which I have not yet posted and they all loved both the cookies and the Apple Crisp.

The only minor addition I made to the recipe was to add more cinnamon in the filling as well.

Today’s post, however, is about another recipe I made. I called it Autumn Fruit Crumble, as it has three autumn fruit in it: Pumpkin, Apples and Quince.

Having in mind the lovely crust from the previous recipe, I decided instead of adding only apples, to try it with some quince as well.

One of the simplest desserts we do in Greece is to bake quinces with sugar and cinnamon. We do the same with apples as well. So I thought that they would pair well together. I also envisioned to make it a double crust pie, so I added some water in the dough as well.

I have this bad habit. When I am in the kitchen I do lots of things simultaneously. So before preparing the pie I also started roasting the pumpkin I had bought to make a savory pie for the next day.   However, my mind never stops thinking of combinations and I was thinking “Maybe the pumpkin is too much for the savory pie. What if I added some in the apple and quince pie?”. “Would it match with the other fruit?” “No, maybe it’s too much to make a pie with three fruit”. “What if….” and by the time the pumpkin was nearly done I had convinced myself to forget about the savory pie and use the pumpkin together with the apples and quince.

Simultaneously, I was cooking some peas which again I started to make a classic Greek recipe with carrots, potatoes and tomato sauce and by the time I finished, the dish was totally different.

All these changes made me loose track of time and I realized that if I wanted to have the dessert ready in time for lunch I had to hurry. I could not make a pie with cooked pumpkin and raw apples and quince and so I decided to microwave them.

The crust rested in the refrigerator for a long time and became so stiff that I could neither roll it nor crumble it. “OMG, what was I going to do?” I gave it a quick thought and instead I decided to cut it into slices 😀

Believe it or not that’s how I usually work in the kitchen.

If you have never roasted pumpkin before see how I did it. 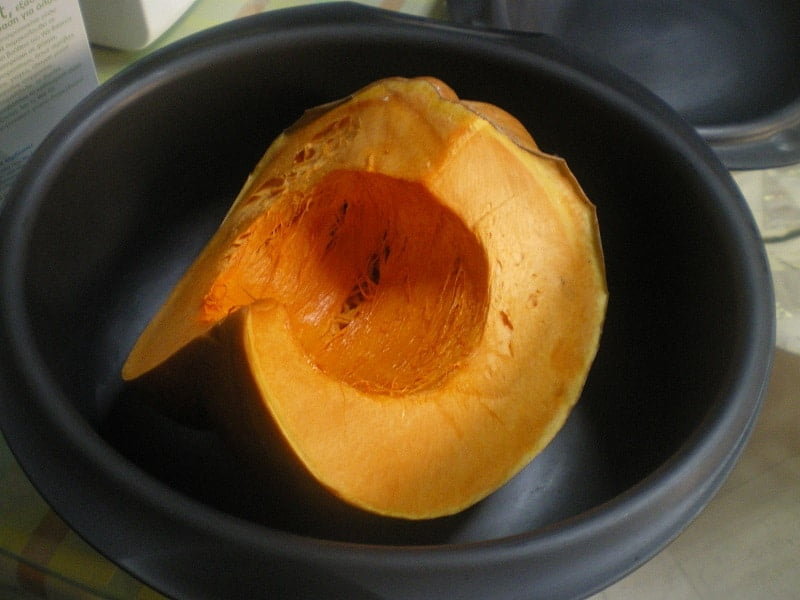 How to roast pumpkin

Cut the pumpkin and use the amount you want to roast.

After removing all strings and seeds, add 1/2 cup of water in a baking pan with lid and bake the pumpkin until it becomes soft, for about 1 hour.

When done, scoop out the pumpkin.

It is so soft that it does not need to be pureed. 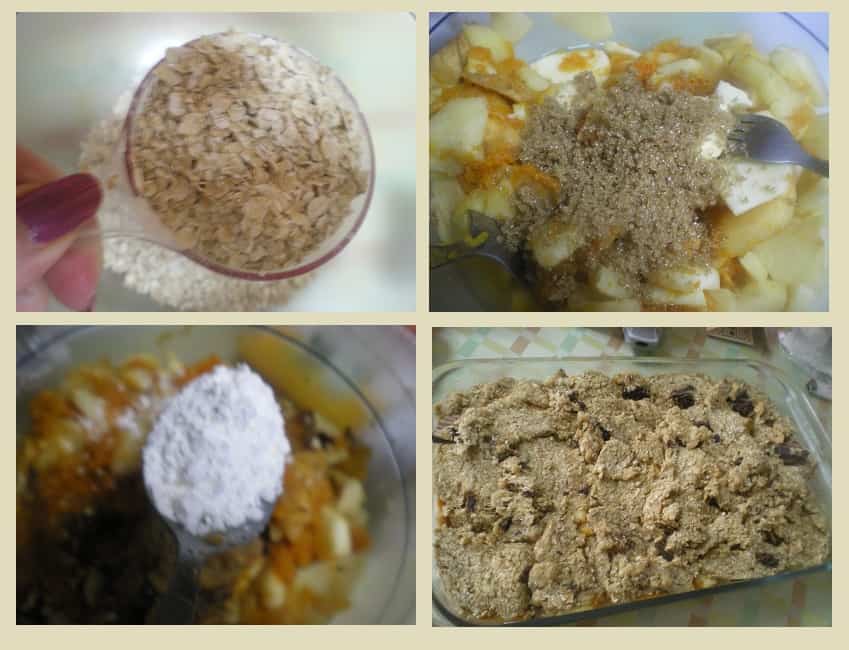 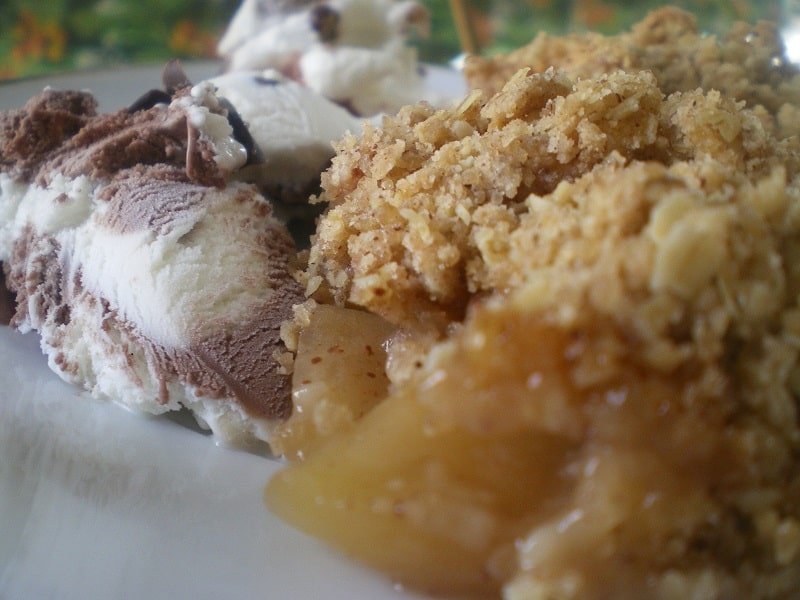 What a great combination wonderful for this time of the year.

i love the idea of adding pumpkin and quince to the apple crumble!

Ivy, I like this pie. What an icredible combination of ingredients. Apples, pumpkin, quince and CHOCOLATE. I will have to try making this. Thank you for a wonderful recipe.

I would love to visit your kitchen. Great idea to combine apple and quince!