Imam Bayildi is a stewed eggplant dish of Politiki Kouzina (the Greek community of Constantinople), brought to Greece by the Greek refugees, after the systematic massacre and deportation of the Greeks of Asia Minor, after 1922.

Imam Bayildi is a dish consisting of whole  eggplants, fried in olive oil, until they become soft and then they are stuffed with a filling made of onions, garlic and tomatoes and baked in the oven. 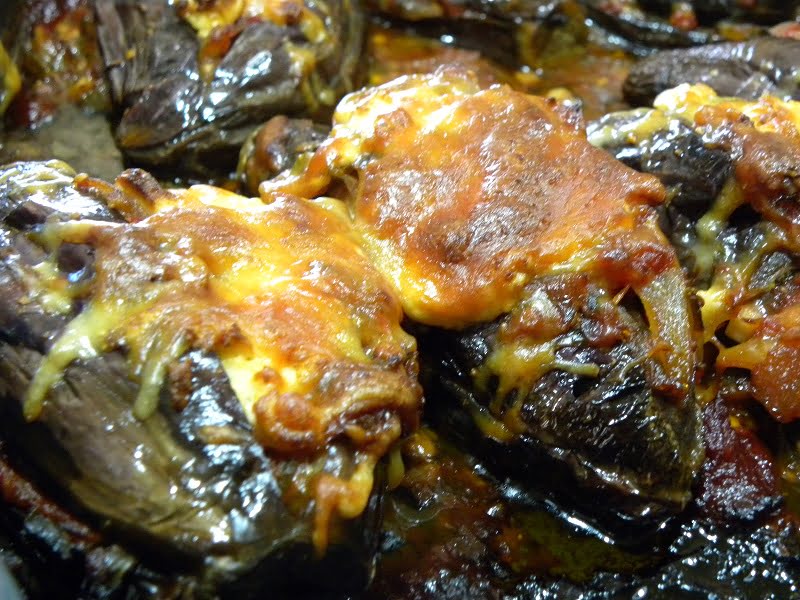 This dish comes under the category “ladera” which means “oily dishes”.   “Ladera” food play a significant role in the Greek culture.

They are considered as comfort food as they are usually, any type of vegetables, cooked vegan, with olive oil with bread to mop up the sauce and make it filling during fasting periods.

They are part of the Mediterranean Diet because more vegetables are eaten this way so we get a lot of fibre in our daily intake but also valuable nutrients such as vitamins, minerals, and valuable phyto-constituents such as antioxidants.

During non fasting periods they are usually accompanied by other types of food, such as dairy products, mainly cheese, meat, rice, pasta or bulgur wheat or legumes, which turn them into a well balanced meal.

Their nutritional value is upgraded due to the use of olive oil, which is the main source of vitamin E, antioxidants and many other valuable nutrients, making these dishes very healthy.

The eggplants are fried in olive oil, in order to become soft, before adding the filling, making them much tastier.

You can also do the same and bake them in the oven until soft.  However, both these two alternatives take much more time and are not authentic.

Eggplants become much more tastier when they are fried.

In order to reduce the calories, after removing them from the oil  place them on kitchen paper to drain for at least 15 minutes before proceeding with the recipe.

There are many tales around the name “Imam Bayildi”, which literally means that the imam fainted.

The name supposedly derives from a tale of a Turkish imam, who swooned with pleasure at the flavour when presented with this dish by his wife, although other more humorous accounts suggest that he fainted upon hearing the cost of the ingredients or the amount of oil used to cook the dish. 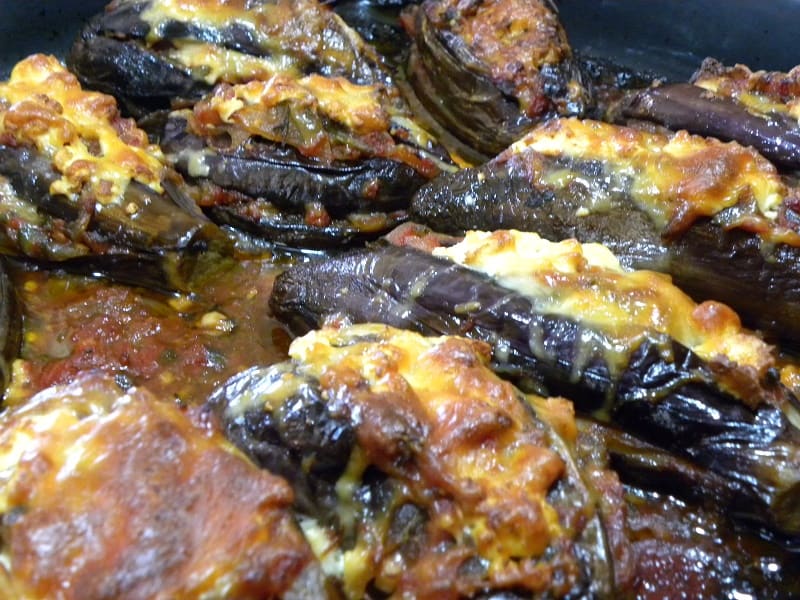 Another folktale relates that an imam married the daughter of an olive oil merchant.

Her dowry consisted of twelve jars of the finest olive oil, with which she prepared each evening an eggplant dish with tomatoes and onions.

On the thirteenth day, there was no eggplant dish at the table. When informed that there was no more olive oil, the imam fainted. Source. Wikipedia

Another tale says that the dish is Greek because of the “ladera” dishes of Greek Orthodox, living in Turkey.

According to cookbook author Soula Bozis, author of Mikrasiatiki Kouzina (Cuisine of Asia Minor) and Politiki Kouzina (Rum Cuisine), the imam fainted after tasting his neighbour’s dish, when his Greek neighbour sent some to him as a gift! 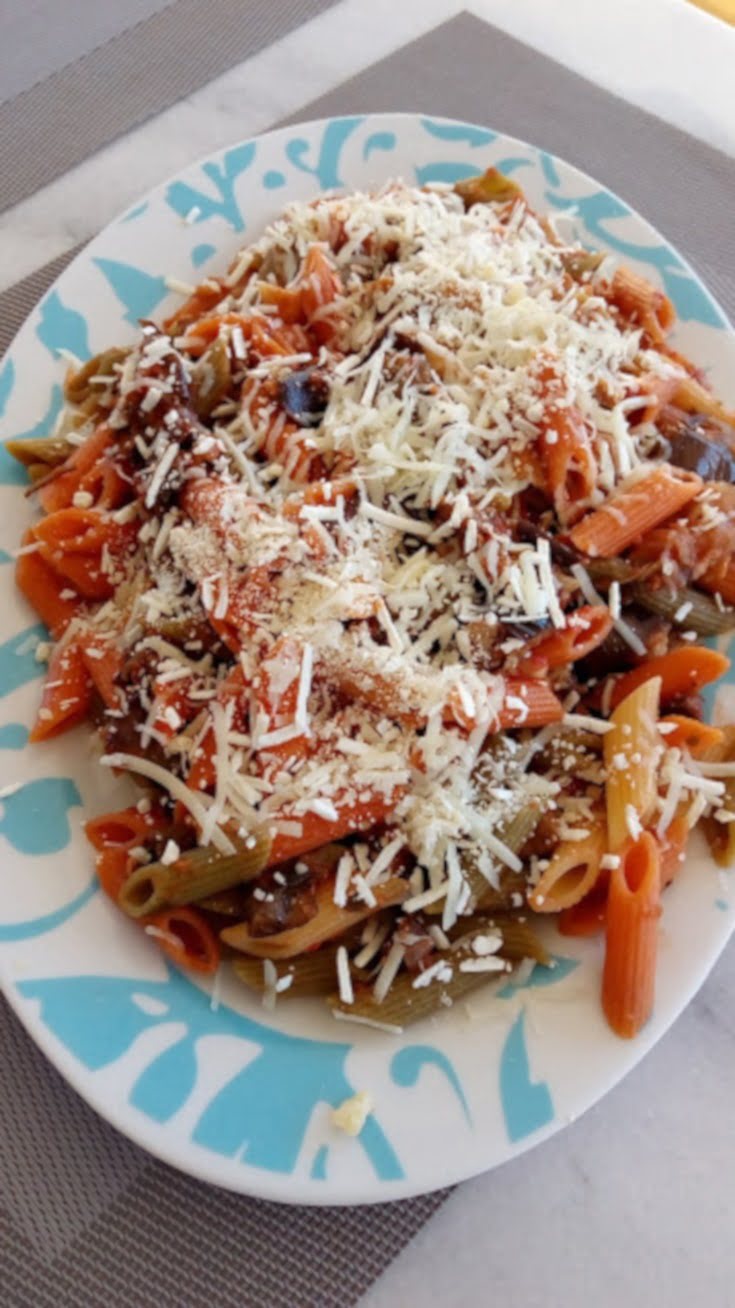 Leftovers are even better the next day but if you want to make something different, you will find a Pasta dish I made with two leftover Imam, at the end of the post, which was delicious. 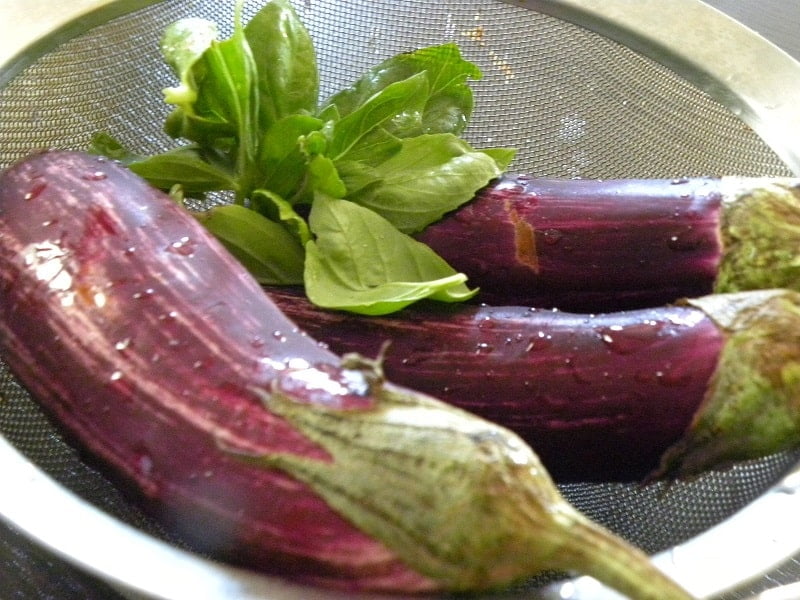 The eggplants I chose for this dish are called “tsakonikes” in Greek.  They resemble like Japanese eggplants but they should not be long and slim but rather plump, in order to take enough filling.

However, you can also use the white Eggplants of Santorini or the  purple eggplants but if they are too big, you should cut them in half in order to soften before adding the filling.

Modern varieties of eggplants are not bitter.  However, if you know that in your country the eggplants are bitter you have to remove the bitterness.

The filling is made with lots of onions, garlic and fresh tomatoes.  The onion can be finely chopped or cut into slices but they should almost caramelize to get out their sweetness.

The original dish is vegan, so if you want the vegan dish, just don’t add the cheese.  In Greece, we love eating our “ladera” dishes accompanied with feta.

However, adding feta on top or any other cheese that melt makes it delicious as it gives a little tang to the rich sauce and balances the sweetness of the onions. 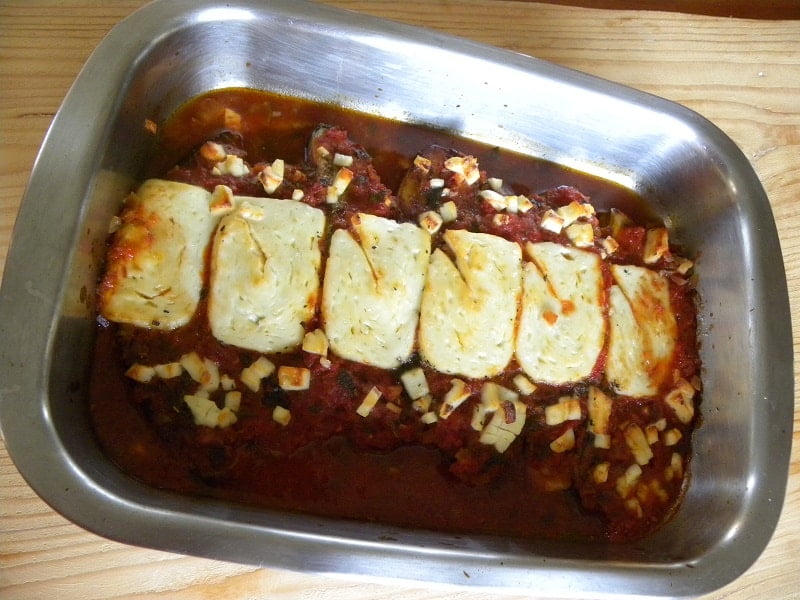 The first time I made this  dish, years ago, I cut the eggplants into slices, I fried them, then made the sauce, which I poured on top and added halloumi on top and baked them. 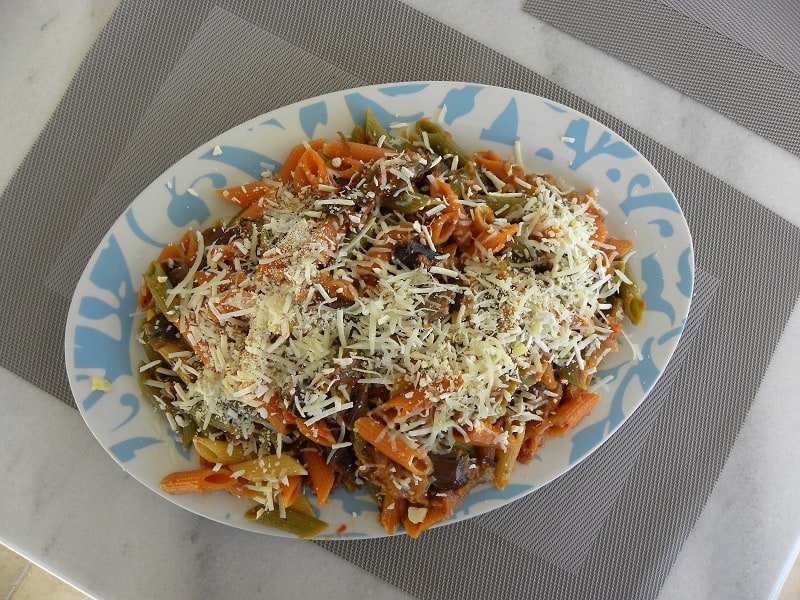 Another time I made this dish, I had two leftover cooked eggplants, which were not enough for both of us to eat, so I cooked some penne and I turned this dish into an amazing pasta dish! 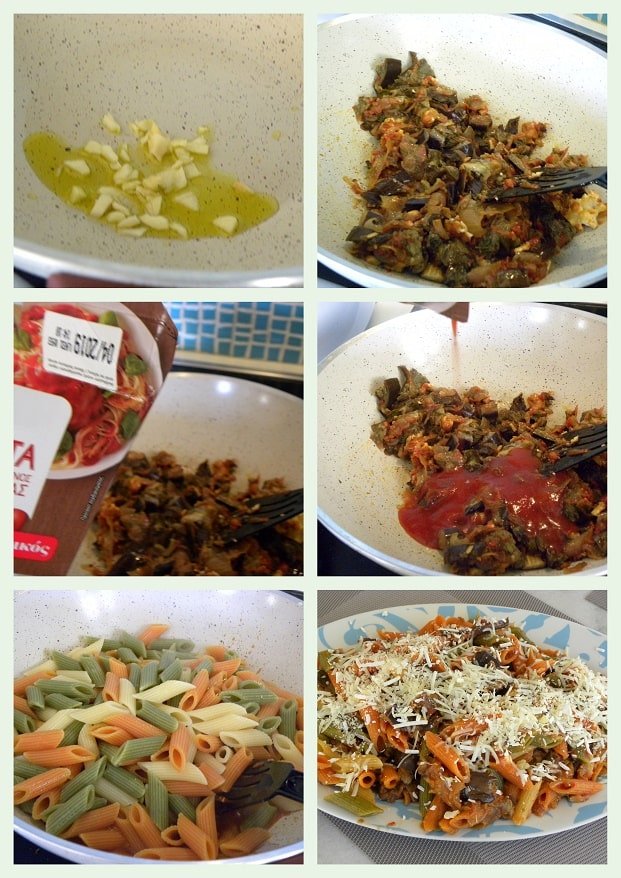 Melitzanes Me Tyria (Eggplants with cheese) 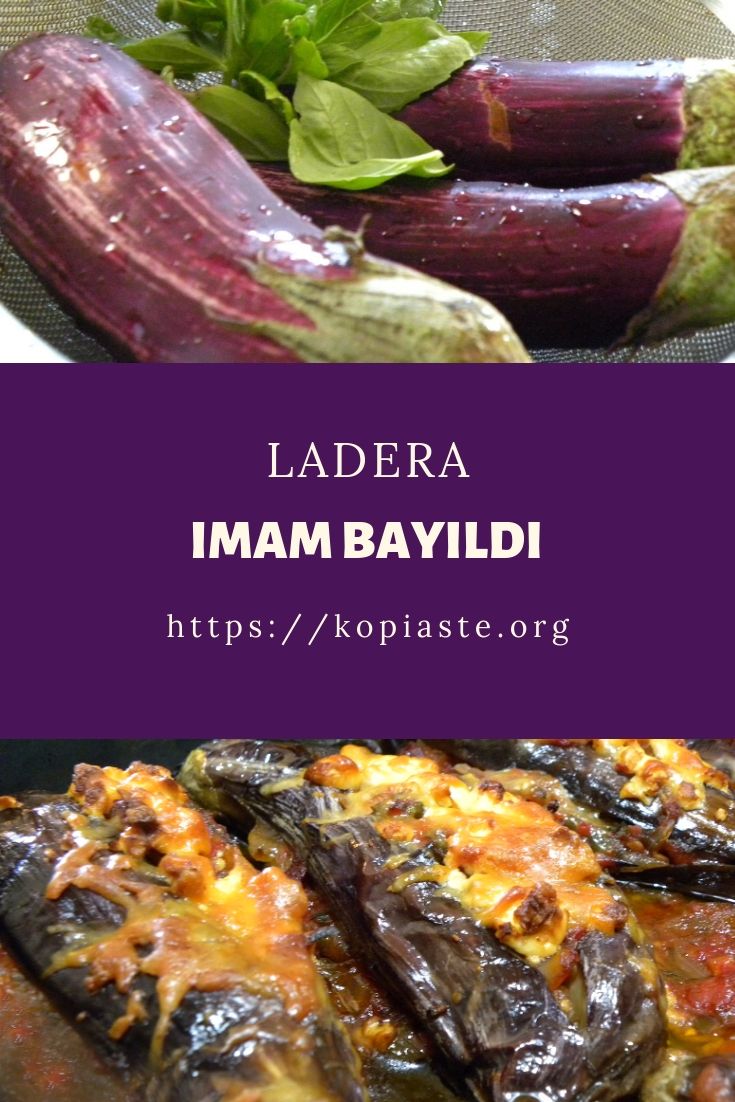