The risotto is then baked in the oven and absorbs the lovely flavour of the anchovies while it is baking and makes this delicious meal!

The structure of the dish is based on a Pontian recipe called “Hapsopilafo” which means fish pilaf.

The Pontians are Greeks who immigrated to the Black Sea Region (Euxine Sea – called Efxinos Pontos  in Greek) from Ancient Trapezounta, which was a city in Arcadia, Peloponnese.

Hapsi,  was a species of anchovy found in abundance in the Black Sea.  It was the most popular fish which was fished from November to early March.

The Pontians, apart from eating them fresh, they would also preserve (cure) them in salt.

It was a tradition for them to eat anchovies on Palm Sunday.

Our Pontian brothers migrated from ancient Trebizond in Arcadia, to Efxinos Pontos (Black Sea) thousands of years ago.

When Epaminondas of Thebes founded Megalopolis and brought inhabitants from other Arcadian cities to inhabit it, the Trebizondians refused to settle there, and those who survived the anger of the other Arcadians, were forced to migrate on ships to Trebizond of Pontos, which had the same name as their city, which was founded by Miletus.

The site of the ancient city of Trebizond, in Arcadia, situated among the villages of Kyparissia (my late mother-in -law’s village) and Mavria.   The site is now being excavated and so far the ancient city wall has been revealed.

Fresh anchovies have nothing to do with the smelly canned ones.

In fact, here in Greece, they are very popular because besides being dirt cheap and besides being very healthy, as they are packed with Omega 3 fatty acids as well as many more other health properties, they are also very delicious!

If you ever come to Greece, you will find them in most restaurants, mainly fried or marinated and I urge you to give them a try.

For my Orthodox readers, this Sunday is Palm Sunday, when it is traditional to eat fish.  If you are fasting, just skip the feta. 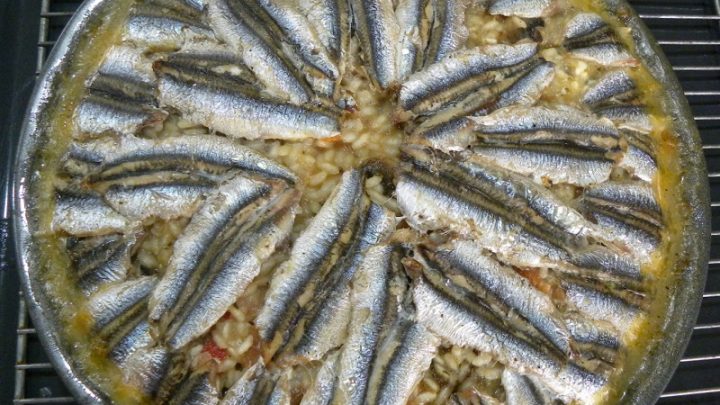 A risotto made with fresh anchovies inspired by Pontian cuisine. 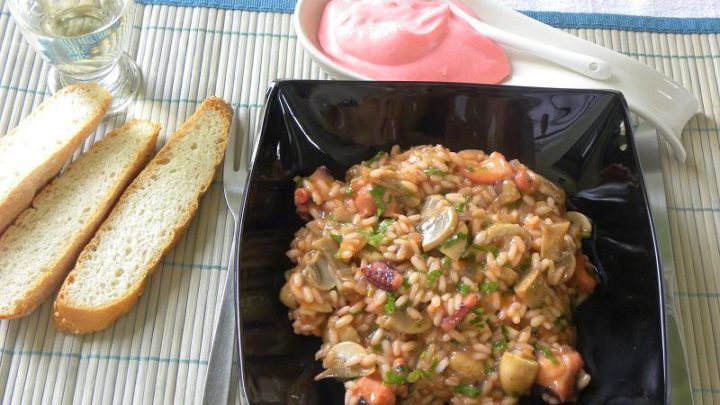 Octopus Risotto is a delicious and healthy dish, which is perfect not only for those fasting during Orthodox Lent but for our everyday meal. 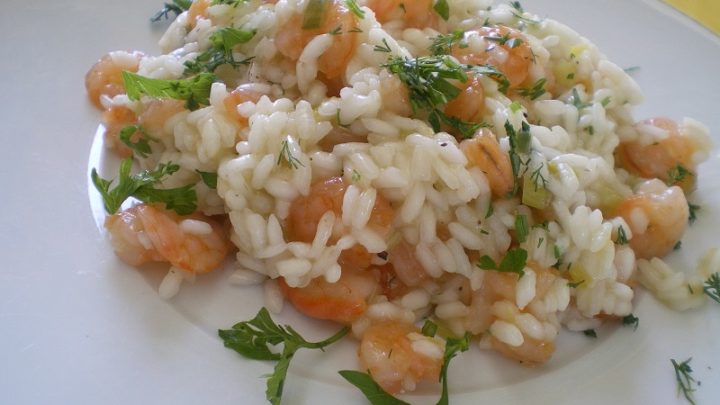 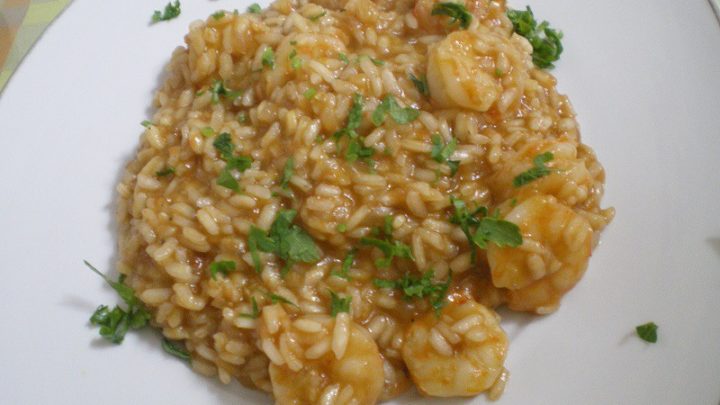 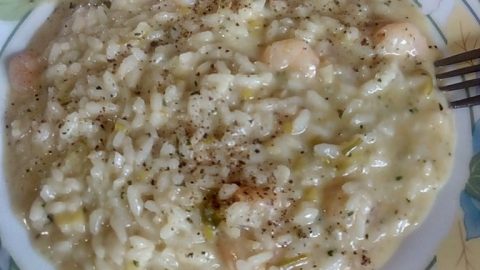 Risotto is a northern Italian rice dish cooked in a broth to a creamy consistency. The broth can be derived from meat, fish, or vegetables. 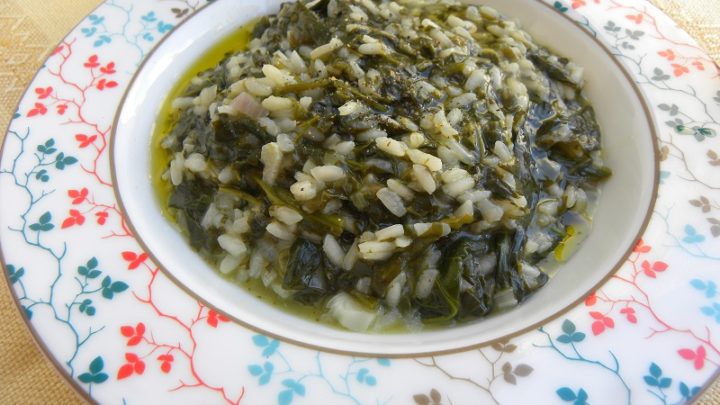 A healthy vegan risotto, which is made the classic way, adding onions, leeks and aromatic herbs, which add an amazing taste to this dish! 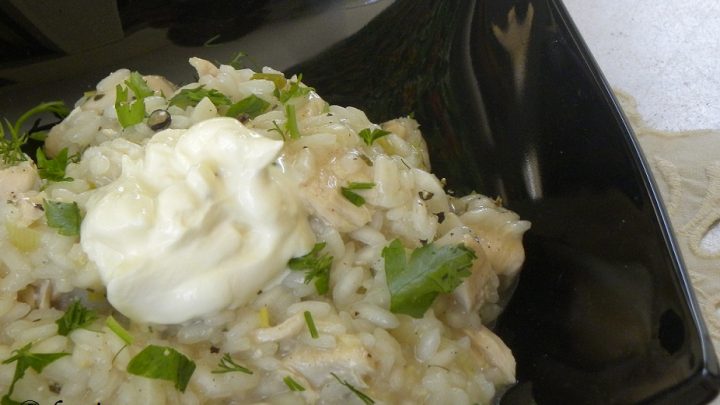 We are finally relocating.. and Chicken Tarragon Risotto 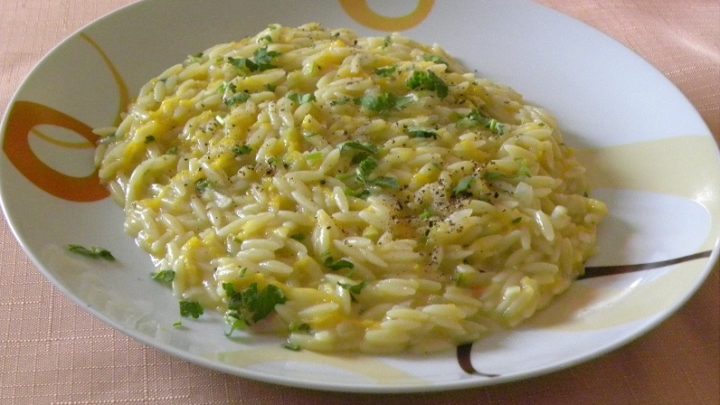 Kritharotto with Butternut Squash and Feta

Kritharotto takes its name from the Greek word "kritharaki" which means orzo. So, instead of making risotto using arborio rice (or Carolina rice which we use in Greece), I used kritharaki (orzo) which is a tiny pasta, which looks like rice.

I love anchovies and this is really very unique. I will definitely try it soon!

I am really excited to try this dish, This is one different and scrumptious risotto dish. Those fresh anchovies are to die for!!

I must say,what a great recipe of making this delicious anchovies risotto. This food is just awesome and I will try making this to surprise all my family. Thanks for sharing this exciting recipe!

wow I am really impressed, Ivy. This is one different and scrumptious risotto dish. Those fresh anchovies are to die for!